I thought I'd follow-up on my previous post: I had asked advice on small LED light-sources to use in some model rockets I've been making. Various folks suggested using 10180 lights. I ended up going with the Lumintop Pico because a) it has a constant diameter while some of the others have a wider head thah tail, and b) it's less than $13 on amazon.

I milled a slot in the sides of the flashlight and slots in the rocket bodies with small bars, so that the two parts of the flashlight could twist and slide up and down within the rocket's body. The tops are flled with acrylic and I added a blob of Norquan to each portal to give them a slight dome. The result is that they turn on and off with a twist without needing a gap between the body halves.

As an aside, I was impressed with the quality of the Pico as a keychain light. It's not much bigger than the aging Velano D2, but has a surprisingly nice beam pattern and colour for the price, and the two-stage twist works nicely. The Pimi would have been even better for my purposes, but is only in copper and very expensive.

Thanks to everyone who made suggestions. 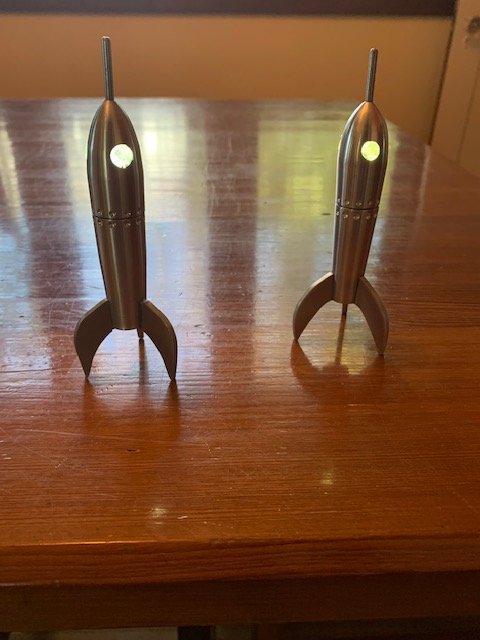 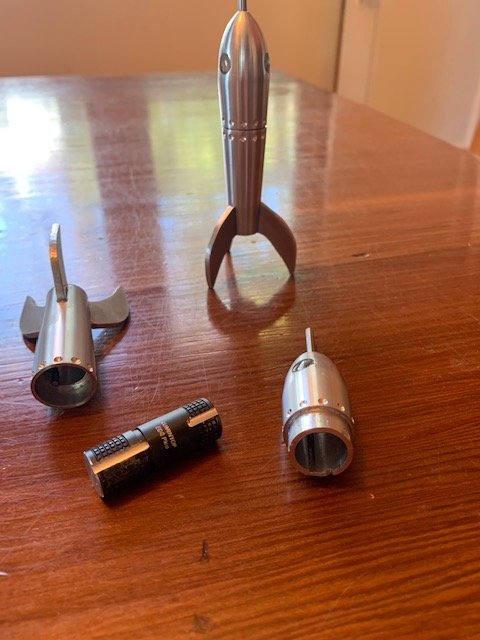 C
AAA battery for car storage (with follow up question)