Got pulled over @5AM and told my right front HL was out. How could I have not noticed!

I'm looking at O'reilly's SYLVANIA D3S 4150k and do both. The car has lots of miles and I'm pulling the nose cover to do other maintenance anyway.

They have two part numbers and specs, D3S 5 Amp and a D3SBX 0.83 Amp. Not sure whats going on there.

I would appreciate any tips on detecting counterfeit Sylvania's. Or any other tips.

The have the Sylvania D3S High Performance SilverStar ZXE HID in 5000k but I'm afraid of a blue hue and burn bright and live short possibilities. Or Glaring fellow motorists.

Thanks for any words you can provide. 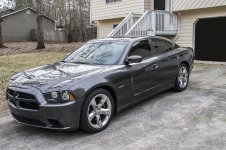 Get these, and when they arrive, check the authenticity code.

As far as not wanting to glare other motorists (THANK you); put in the effort/money to get a careful aim job done with the correct equipment.

Thanks, I hear its possible the lock rings break when trying to remove them from the D3S. And they are hard to find. I would like to know how to get them.

Heh, She does OK. 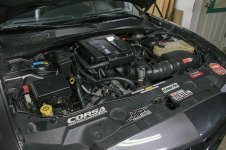 Following up here with my events.
I switched from online to calling O'Reilly's just to see what they came up with for my year, make, model and it was the Sylvania D3S.PB1. I plugged it in online and got the 15% discount and went after them.

I know the previous owner of the car (2013 R/T) I purchased with 67k miles in Cherry condition and had to call him to confirm the lamps were never changed because the new lamps labeling are the same but for serial numbers, or say the bottom numbers shown here. Just had to know. 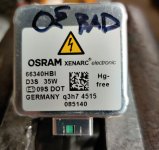 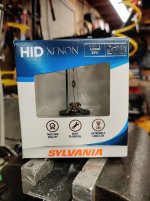 Trying to change these via bent over the front or pulling a wheel and liner is not a route I agree with.

This is the only way to fly this one if you ask me. I can pull the bumper cover off in 15 minutes and have those puppy's on the bench in another 15. Anything else is just gambling for breaking the lock rings. You have to fineness those things off or go hunting replacements that are another gamble on being of quality and getting fleeced.

Another reason is I had one of my GM train A C D F note horns needing replaced. GM used to put them in Caddies of yore. Not loud as trains but not UN-noticable either. I come off the battery with heavy cable and solid state relay. Lay on them and blow a 10A fuse. A15A holds up. Salvage yard required. 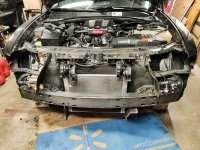 Thanks Guys, The lamps are great. No complaints. Changed my Highbeam HIR1's, markers and turns while in there. I moved my DRL's to the turns way back.

therock said:
Heh, She does OK.

Bet you have to keep that away from fertile women or risk paternity suits....

Not hard to do at my age. Mostly get evaluated as in mid life crisis.

Hey, I just ordered some Toshiba 9011 from Stern. How are these different from the discontinued round ones of yore.
V

What discontinued round ones of yore...? The Toshiba HIR1s are the same design as they always have been.

Thanks. I made the mistake a few years ago going with candlpower.com and got plain white box units that turned black inside.

Are THESE for real?
K

therock said:
Are THESE for real?
Click to expand...

I haven't been keeping up with HIR for a while, but I wonder if these are the ones that a forum member was talking about when Tosh moved production China and where only sold to car manufactures from then on?

These might be a few of the rejects which they are letting private sellers flog off?
Last edited: Aug 25, 2021

I'm curious if the were ever known to be fakes out there.
K

Not sure bout fakes but the ebay listing ones don't look like they have reflective coating.

I would not know even driving with them, I've never witnessed them.

So I got my Stern delivery today.

There seems to be a glass treatment of some kind. The image doesn't capture it like the eye, its green and pinkish. It stops at the rings you can see on the top and bottoms. 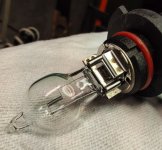 Both rings shown, If you look through to the bottom you can see the lower ring. 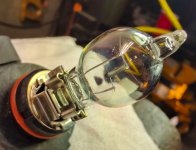 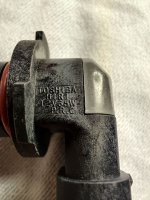 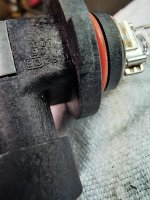 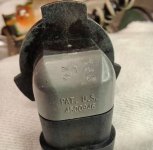 I'm not sure about these, it might be time to ask the audience - Virgil

There on Amazon too:

They look like the ones I got for my buddy's car.

A quick note: This thread is getting loaded with pics, please be careful when quoting other posts here that you don't quote the pics unnecessarily.
K