greenpondmike said:
I'm not surprised I had no replies because no one wants to be labled a freak, misfit, or anything of a sort, but I already have that label, so all the rest of you out there who listen to stuff like that let me recommend the dark waters channel and south force 10. Also vault of nightmares-- old channel and new (good, trustworthy fellow) and Shawn Grahm's chasing the truth on youtube and dark water's youtube channels. The paranormal covers more than ghosts-- it also covers criptids. I don't care for ghosts or ufos myself although I do have some ghost stories. If you're careful about avoiding cussing be forwarned that you're gonna hear some, but Shawn Grahm has less and south force 10 has none. Also paranormal round table and cryptids study institute. Shawn has a show on his own youtube channel on wednesday nights and a another show on the dark waters channel on saterdays. They are both live.
Click to expand...

I just saw this, which is why I'm just now responding.

"Paranormal" literally = "We don't have an explanation", which is why I don't take any casual discussions of it seriously. Not that I haven't spent any time considering possibilities. But literally paranormal is a label we give to things we don't understand. Things we understand are normal, what the universe does. And never, in the history of the world, has an explanation of the paranormal, once understood, been "it was actually something that defied the laws of physics, medicine, etc.". And saying that doesn't make me feel like a freak or misfit at all. On the contrary.

The first South Force 10 show from 2 years ago. The dude talks about the Dennis Martin case and how feral humans are responsible for his disappearance.

greenpondmike said:
The first South Force 10 show from 2 years ago. The dude talks about the Dennis Martin case and how feral humans are responsible for his disappearance.
Click to expand...

Feral humans who drove and rode in cars. . We call them dirty hippies. As always, the real explanation is rather mundane (assuming white car dude actually kidnapped little Dennis, while we actually have no idea).

On the afternoon that Martin disappeared, tourist Harold Key and his family, heard an "enormous, sickening scream" and shortly thereafter witnessed an unkempt, rough looking man running up the trail near where the scream had come from. Key looked on as the man got into a white car, and abruptly sped off in it. Park Rangers and the Federal Bureau of Investigation concluded that there was insufficient evidence to link the sighting to Martin's disappearance, particularly given that Key's sighting was approximately five miles away from where Martin disappeared, the exact time of the sighting being unknown, and the lack of trails connecting the two sites.[16]​[5]​

Not saying it isn't true, but I heard the story so much from so many different sources that it wasn't interesting anymore. The video and the others after that put a believable twist on it. Never heard yours, but it makes since. I'd rather believe it because it involves plain humans which can be some of the most evil and scariest creatures on earth. I always thought a bigfoot got him.

Now with human trafficing going on people are snatched as soon as they walk out of walmart.

Expanding on what I said earlier, of course life in the city (at least certain parts) is dangerous and has been dangerous concerning robberies, gang activity and gang initiation and rape. Besides all that though a good looking person like myself (just kidding) has to be on the lookout for someone profiling them in a so called "safe" store and arranging for them to be snatched as soon as they walk out-- usually snatched into a stolen vehicle that's waiting.

Why do you think walmart has those signs that says to look when you leave? I don't think they are talking about the basic "look out for traffic" that should have been instilled into them at at least 2 or 3. They snatch males also, but mostly young females.....and they get paid real good for it. They might be somehow shipped to other countries to an individual or to be put into prostitution.

A pimp on average makes over a hundred thousand a year per female tax free. People are spending a lot on that, so there is a big demand and they want to cash in on it. Money money money money--no regard for people whatsoever. That there is more dangerous than any missing 411 phanomina in a forest or national park. The not so good looking can even get snatched there-- especially if they wear bright colored clothing.

I think most of the cryptid/monster phanonmina whether real or fake (maybe halagram projections?) Is designed to run folks out of rural areas and into the city where govt can control and keep up with us better.

I'm not only into cryptids, but also the strange, the dangerous, old world evil that seems to be resurfacing, dna mixing, dna alterations--no matter how slight, mind control, dark opps of the govt and even govt involvement in some or all of this-- not just ours only, but other countries also.

Very interested in hidden and covered up situations boardering on conspiraces and conspiraces themselves. Stuff done under the cover of darkness, deep underground military bases (dumbs) and their location, people's behavior drastically changing and why, programmed and brainwashed people and could at least some of them be involved in the mass shootings? Preprogrammed (MK-ULTRA PROJECT/MANARCH PROJECT) normal acting sane folks that change after a phone call--like a trigger word or phrase was spoken to them., hybred humans.....etc.

I believe the philidelphia experiment was real, but that is only MY opinion and opinions are like cell phones-- ol bigfoot might probably have one and that is why he gets soo irritated sometimes....he is on the phone with his girlfriend, but then a human comes out there and he has to run hide and go silent. GRRRRR!

Ol bf desides to let out a bone chilling growl of frustrating that vibrates your chest, but it's just a coyote right? Sleep tight tonight yall and look under your covers for those body snatchers and in ur closet for the "men in black" who might be munching on cheetoes in there.
Last edited: Jan 3, 2022

Appalachian granny witches are real. Granny Clampet on the beverly hillbillies was just a comical version of the real ones. The real ones can range from being a help to their family and neighbors to being trouble for anyone that crosses them. I think it best not to say anymore about the subject, but be aware that there are folks out there that it pays to be respectful to. Don't know why my type went bold.

It pays to carry some form of protection on you nowadays whether it be a lead injector, something sharp or a tazer. The biggest and best protection you can have is a certain "NAME" that can scare off the biggest monsters. I don't think it will work on a bear or wild cat though. Can work well on some people though. Prayer and being right with the one above makes a sure enough difference IMHO.

Be prepaired for anything because this is a time of not only the weird and strange, but for the evil, the dark, the immoral and the uncaring. Evil people with evil intentions are manisfesting evil things and devices......Beware, the veil between dimentions is getting thinner and portals/wormholes have been and are being opened IMHO. Enjoy coffee with ol bigfoot....woogie, woogie

I'm very interested in those nugget of gold stories where people had encountered something and they used the "NAME" and they were delivered from harm or the creature ran off. Those stories are rare, but good.

Here's a "para-paranormal" thing that I like to do. We lease an old plantation with 19 other folks. It's about 2000 acres on a peninsula. I like to camp near the old delapidated house, cemetery, or places where native Americans might have lived long before discovery of the New World. Before I go to sleep, I invite the spirits of those folks to drop by in my dreams. Often it leads to genuine virtual adventure.

Here is the para-paranormal part. I don't believe in spirits. But I know dreams are real, and this priming often results in some incredible experiences.

I will also sleep with objects and invite what they have experienced into my dreams. I just received a small alpaca blanket from Peru. It must have had an incredible journey from South America to my doorstep, with alpacas roaming the slopes, Peruvians shearing the fleece (actually hair), weaving the fabric, and sewing the fringe. Instead of sleeping under the blanket, I wrapped it up in my arms and invited all its experiences into my dreams. Sadly, nothing exceptional last night. But it has worked in the past. We'll have to try again tonight.

Nothing supernatural as far as I'm concerned, but a technique to stimulate wonderful dreams, and sometimes exciting night terrors.

A mix of llamas and alpacas. Talk about a journey from field to fabric! 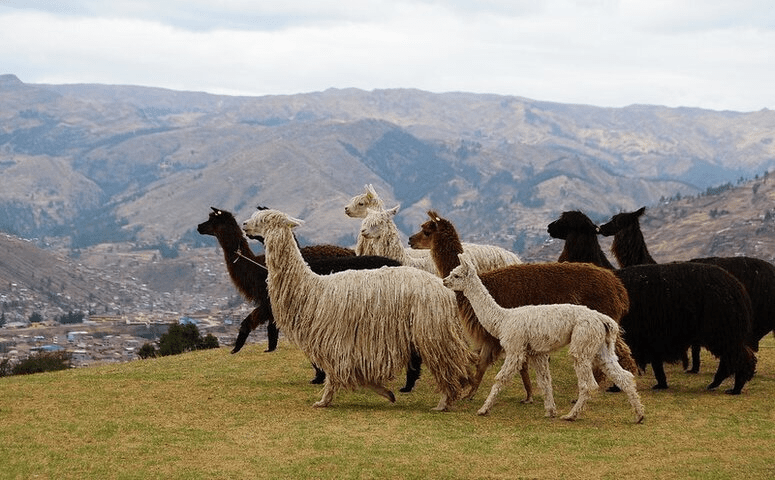 I think below are actually llamas, but wanted to show the skilfully woven fabrics. 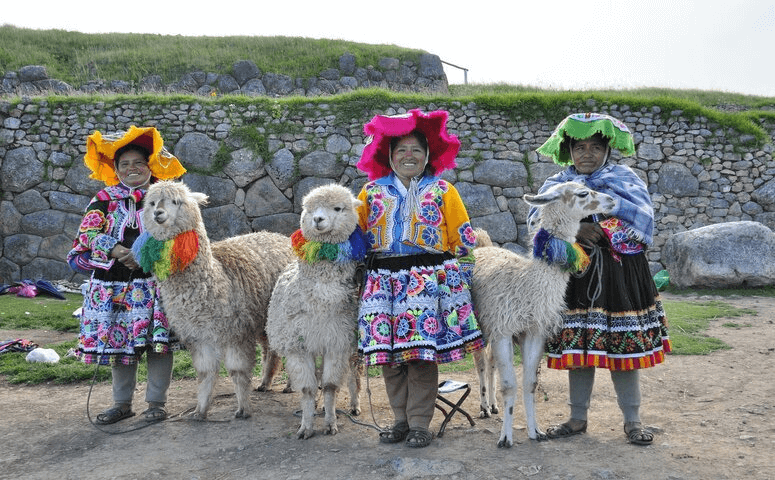 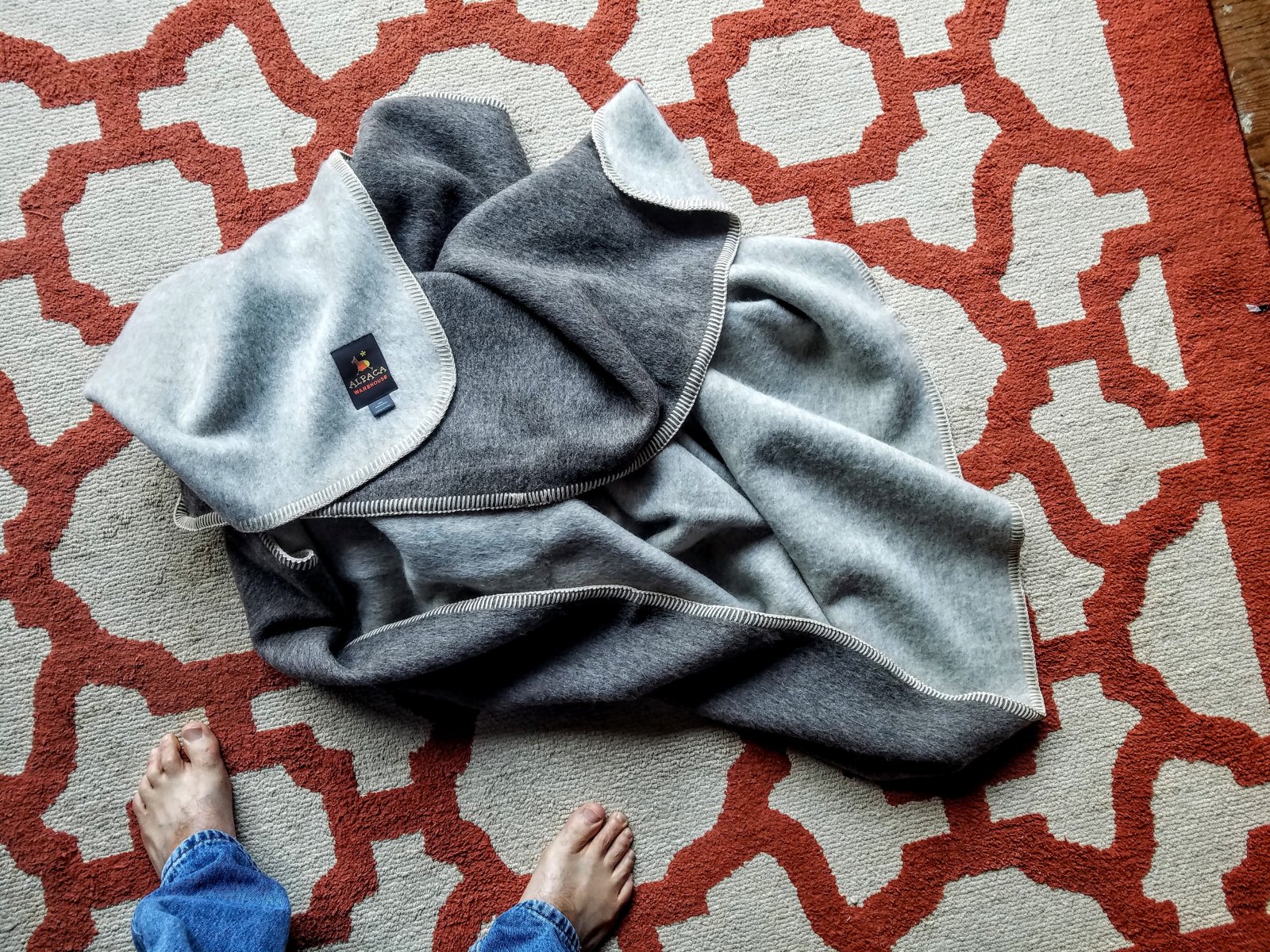 The two videos I just shared is from the cryptid studies institute. Elija and Johnny Henderson run a clean website because they are men of faith they not long ago did a two part thing on the Bell witch. I heard there is a curse that might come with talking about the subject. Elija's mother died after they did part one and his dad (Johnny) died after he did part two. On his death bed Johnny told how someone that looked like a hag kept trying to climb on him.

It's now just Elija and his sister Gabby. They started back up with their investigations, but Elija wants to do a part three on the subject. I don't think he should and PLEASE PRAY THAT HE DOESN'T. Thank you

Likewise, yall please stay away from the subject.

Anyone remember a digital imagery thread?