Anyone know how to disassemble tail switch olight I5T?

Hi there! My Olight I5T tail switch broke. I can fix it if I can take it apart. It is a copper version. The spring on to the tail switch is attached via a circular plate. The plate broke off. I contacted Olight. They were very helpful (Excellent customer service) but sent me a replacement tail switch in brass not copper. Does anyone know how to disassemble the tail switch? I could just change the internals if I can open it. 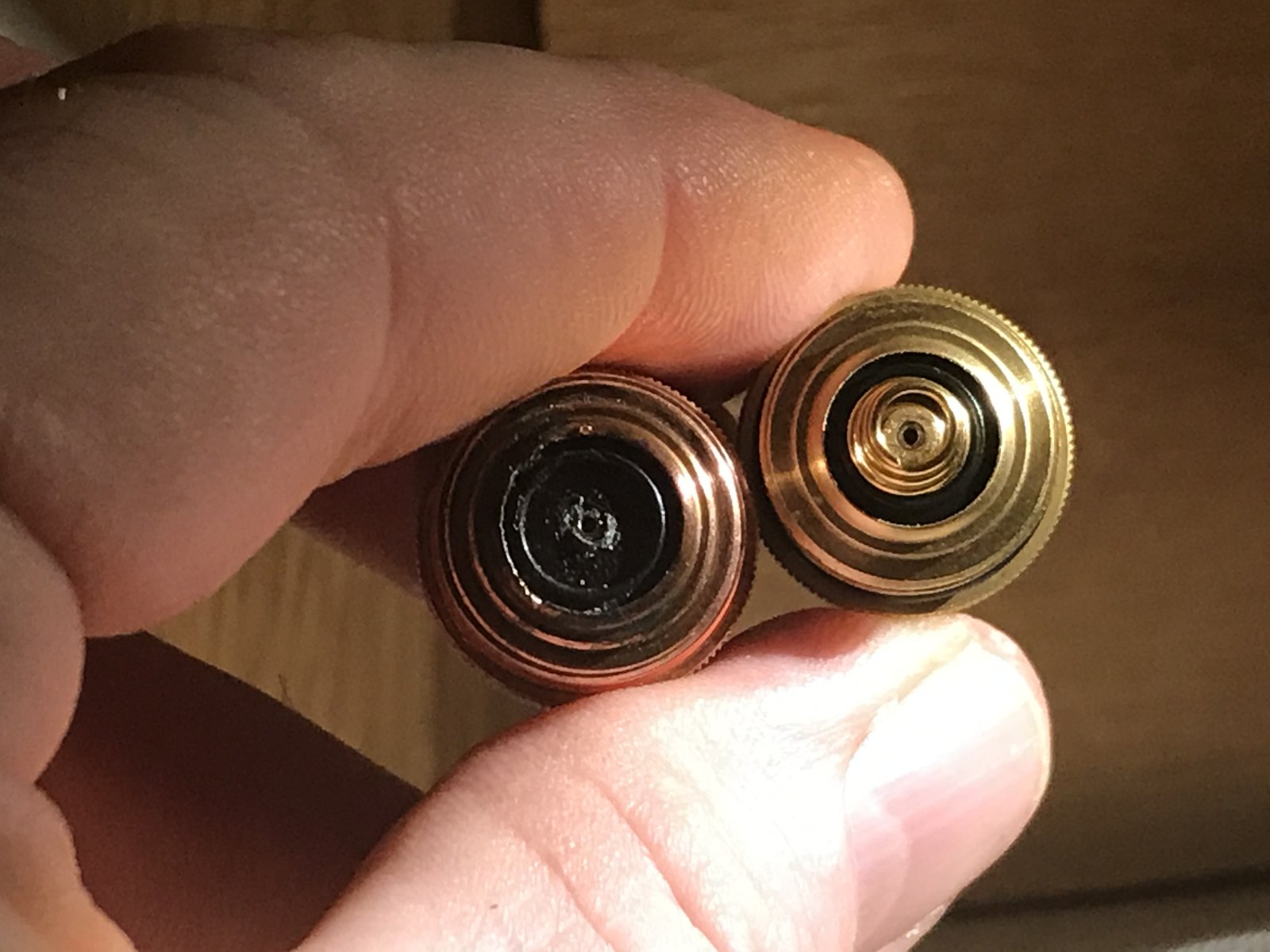 I don't have that particular light so I can't tell for sure.

However, from pictures I found on the net the tailcap appears to be constructed of 2 pieces: There's the internal portion of the tailcap which is copper, and then the external portion which is the same metal as the body tube (aluminum for the aluminum version of the light).

I suspect the copper portion has male threads on both sides. It is probably a pill that holds the switch guts in place. In order to disassemble the tailcap you likely need to unscrew the external portion of the tailcap from the internal pill. Once that is done, you should be able to lift out the switch boot and switch PCB from the top of top of the tailcap. With the PCB out you can resolder the spring then reassemble.

Assuming my guess about how this light is constructed is correct, there may be one complication:

Acebeam will have had to do something to make the threads stiffer for the hidden part of the tailcap than for the open part. If that isn't done, there would be a high chance that the tailcap might disassemble itself accidentally during battery changes.

The most likely way is to apply threadlocker during assembly. That's what Eagletac did with the later model D25a Ti, which has a similar construction.

Anyone know how to fix and Arc 4+ tailswitch?