When I was a kid in the early 2000’s I remember seeing surefires in gun magazines and was awed by how awesome they looked. I always wanted one of those tough looking flashlights, especially the gray HA models and the e2d.

I’ve been carrying a flashlight for years but it was not until recently that I bought a surefire like those ones that wooed me in the magazines years ago. I have a few LED defenders now, and a C2. I love using a P60 in my C2. Now I have the urge for more of those great old incan models. I don’t need more lights or the expense. It’s a bit of nostalgia. That lovely warm incan light that comes out of some of the coolest flashlights in history just stirs me.

Yep same here. Could never afford them when they came out so starting buying them now. Just don’t get your hopes up. They are great lights but really can’t compare with even todays keychain lights.they say it’s never a good thing to meet your hero😂

True, but since many of them can freely swap between incan and led it makes buying them worthwhile for more than nostalgia alone. The modularity is great.

Ya that was my thinking as well. The problem with that is as soon as you update the nostalgia is kinda gone. No led is going to look like an incandesce

You need a 6P in your life.

Yes everyone needs a 6P! That is a given. In fact it should be some sort of CPF law. Can we do that😁

Funny, one of the things that got me on here was acquisition of a NIB 6P, and deciding that I needed to have a full "new from package experience" 6P if I were to really start diving into the Surefire collecting scene. Largely from reading what people still said about them while I was lurking. Took me about two years of occasional use to use the 2 original cells it came with, then I popped in a W M61 LLLL module and the cells still run that another 2 years later.

That being said, the LF Incan bulbs are great to run off of 2x 18650 as they are meant for it. Hurts my wallet a lot less since I've really not been able to let go of incandescent lighting.

I enjoy the old incans. I like the simplicity. Nothing beats the tint & even the small ones throw like crazy. Just recently got a 1st gen strion, originally just as a collectors item but I enjoy using it quite a lot. + its rechargeable so no feeling guilty about wasting batteries. I normally carry a single mode light anyway so i still find the old incans very useful. Thinking bout carrying the strion, but it'd be a shame to scratch the finish.

bykfixer said:
You need a 6P in your life.

I have one, with another soon to arrive. As good as the 6P is I like the C2 even more.

The C2 is a fantastic light. The square body makes for great grip and loaded with a modern dropin makes for a great combination.

Have you heard about Lumens Factory?
They build P60 drop-ins with LED inside that has similar characters to incand.

sandalian said:
Have you heard about Lumens Factory?
They build P60 drop-ins with LED inside that has similar characters to incand.
Click to expand...

Yes. I am really happy with my warm malkoff M61’s so I haven’t tried any other led P60’s. I do mean to try some of the lumens factory lamp assembly’s soon.

thermal guy said:
They are great lights but really can’t compare with even todays keychain lights.they say it’s never a good thing to meet your hero😂
Click to expand...

I suppose it all just depends what you are looking for. In terms of output and battery life? No, they don't compare. But in terms of the quality of light, I find many of the old incans to be far superior. The color rendition and tint is a much more enjoyable experience for me. And when I am home I carry a 6P with P60 lamp.

I checked one classic off the list. It’s in very good shape and the switch clicks nice and crisp like new. The 60 lumens it puts out is pleasant and useful. The only thing to complain about is the short runtime. 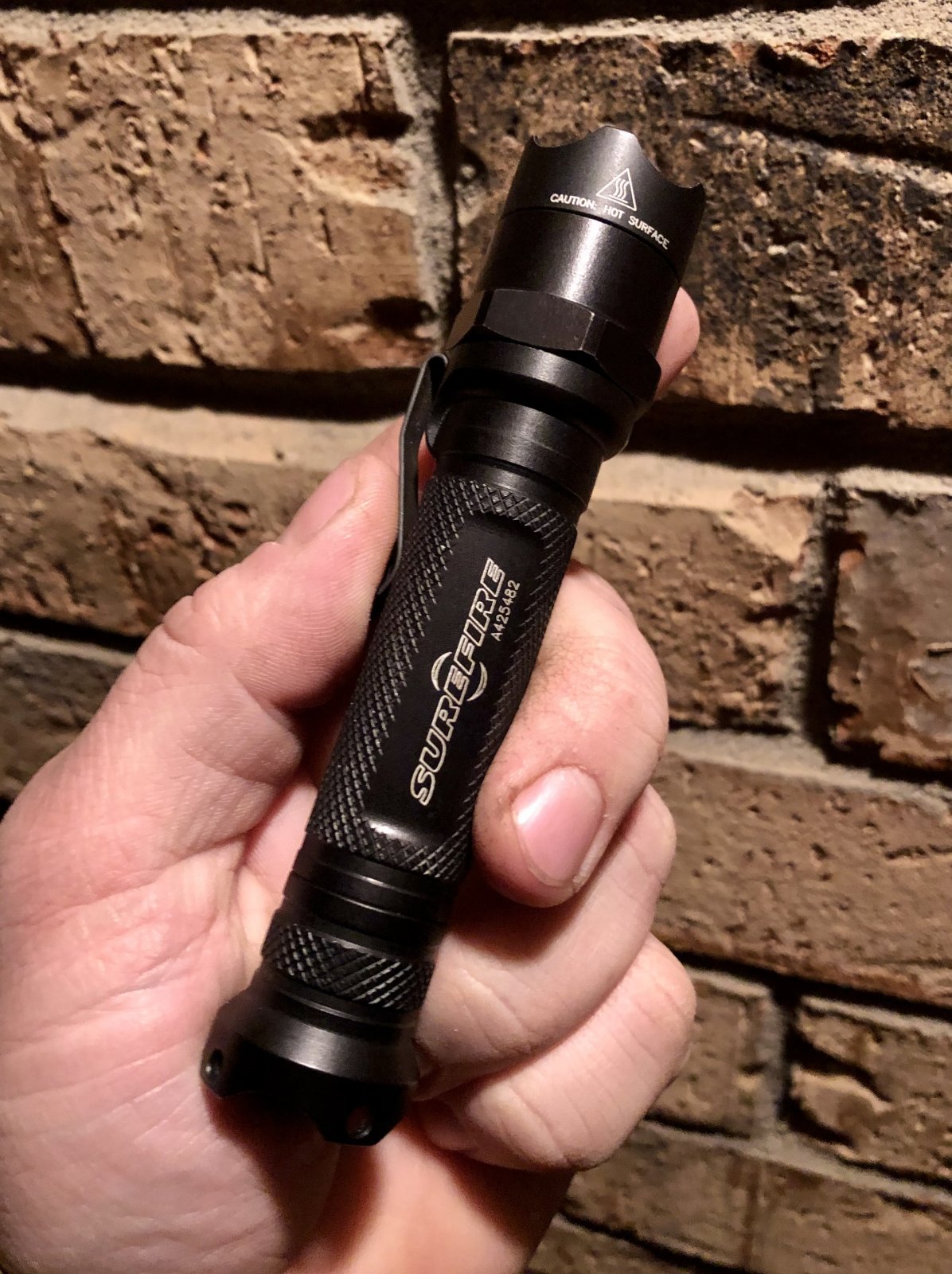 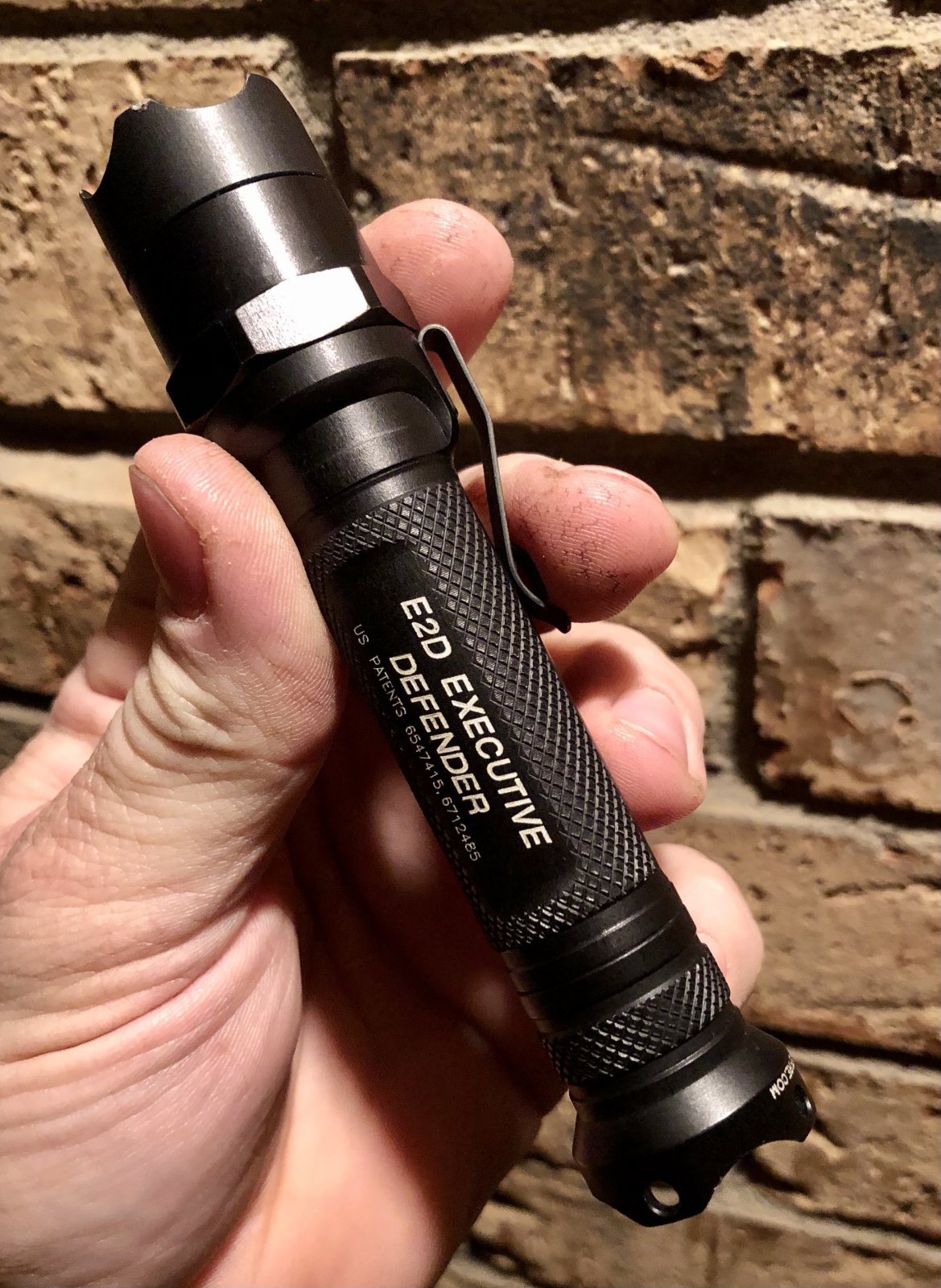 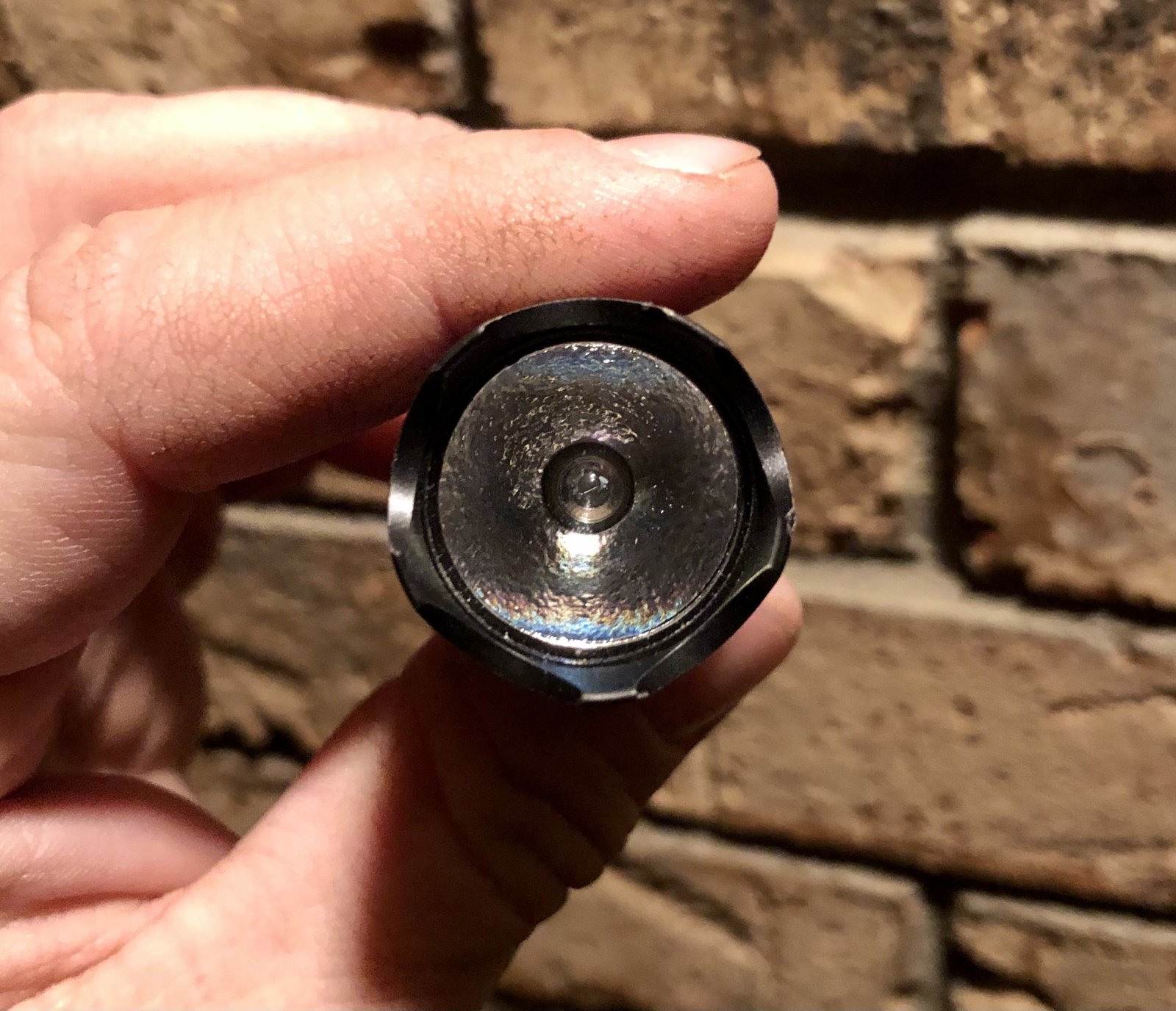 im a tech lover im wierd and dislike old tech. but if it amkes you happy yhat is all that matters

It makes me very happy. I enjoy new light tech also, but these are so much more fun. Plus now I get to make an E1D incan. How cool is this little thing! 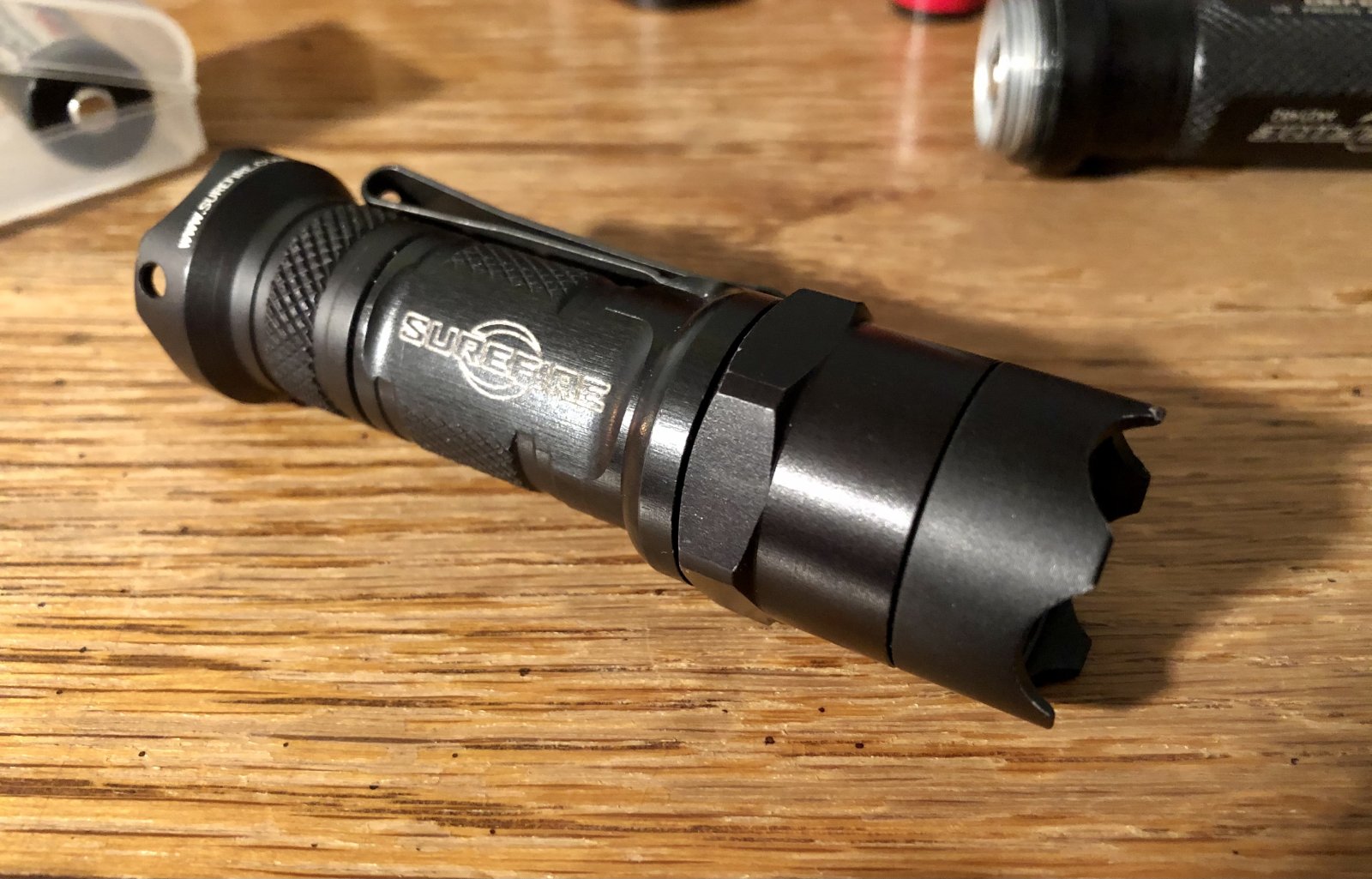 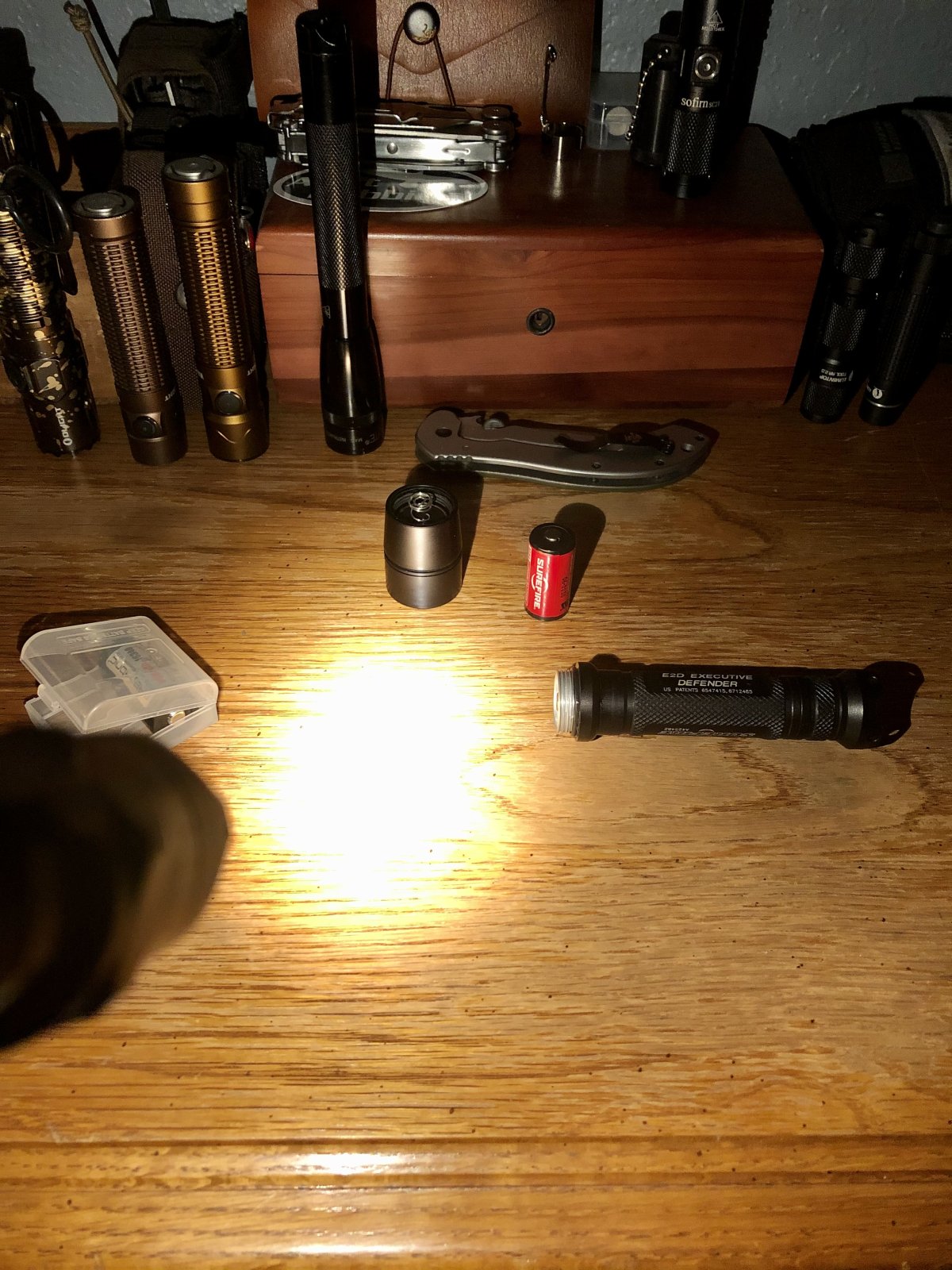 E2D was my first E light. The day it arrived I said to myself "now I know what all of the fuss is about"… and it was still daytime.
Soon after some Lumens Factory bulb modules arrived.

My gateway Surefire was the G2L. That was only after years of looking atSurefire lights. A friend of mine had an early 6p that blew me away. It was so much brighter than my 3D maglight and was so small!

When I finally splurged for one, LEDs were the rage and the G2L lasted so much longer and didn’t need bulbs to be replaced.
Yes, it had a blueish beam but that meant it was better, right?!?

A few years ago I got 2 e2e and a 6P , kept one e series and the 6P incandescent and recently put together an E1e with a Lumens factory 18350 body for guilt free runtime.

There is something about the Incan E series that I love, almost every night I carry one.

What I would have done years ago to have a E2e/E1e to carry alongside my trusty Mini mag!

I think the gateway SureFire for me Tech was the G2x Pro. I was all in on zoomies at the time since they were just like a Maglite to me. Only smaller like a Coast HP1. Then a black G2x Pro arrived and I was hooked on the low output. To me it was like my 90's minimag with an option for a heck of a lot brighter. I never knew the beam had a hint of green until CPF told me so.

Soon after a tan one, and a yellow one arrived. A genuine SureFire flashlight for $55. It was probably the tan one that was the gateway. A 6P wasn't that far behind with a z59 clicky tossed in the cart. A Malkoff M61WLL went into that one. I never considered an E light for a while.

But when PK gave me a Vital Gear it kinda stoked up the urge for an E light. I have a few now. Some going back to the early days. Most are stock shelf queens but I do have a beater E2D LED with a Scout tailcap and a 300 lumen Tana 219c in 3600 kelvin (iirc, it's warm) I like to use at work some times. Folks who see it in action think it's a light bulb.

D
will it hurt my G2 to store the batterys backwards

A
run time for different lamps in ROP

V
Time for an incan