It's been a while since my last post. This time i come with a new, and maybe you find it interesting, lamp tech /design.


The ELECTROPHORUS TM​ series, Utility & Design Patent Pending.
"Where the Future meets the past"

Those are thermoelectrically operated lanterns/ lamps, without any electrical input or batteries, yet utilizing LED technology. Special attention has been given to Looks, with a huge influence by the Steampunk art genre.
Traditionally, genuine chassis of tubular lanterns are being employed and everything else, has been designed and created from scratch. Many times until getting the performance i needed and the shape you see.
The following photos, for your eyes only. 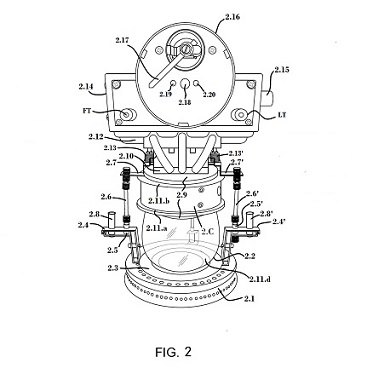 One tank lasts around 18-20 hours (actually lasts more but output diminishes due to less wicking as fuel level goes low)
No excessively hot areas. Not a spot anywhere in the lantern exceeds 250 degrees celsius
Noise: less than 28 db
Start-up time: Around 2 minutes, full power around 5min

I have a goal of making one hundred unique ELECTROPHORUSTM ​lamps, all of them built on genuine antique hotblast chassis. This is because the level of complexity and parts making, prohibits few models to be produced at an reasonable cost. So a batch of at least 100 can justify the endeavor. For this reason, soon a crowd funding project will be launched for finding out the potential of a market / support.

Love the design work!
it probably uses a peltier device to do this, I`v made several Led lights that run off a single tea candle in the past using peltier arrays, I never thought to make them look Cool though!
F

Barou, love the art and love the functionality! GENIUS!!!
The volt/watt meter is beautiful as is the whole lamp and the details such as fabric wrapped wires, thumb tighten fasteners, copper and brass connectors just makes me want to stare at it. What a joy to look at! Then you throw in that its functional with a real wick and flame that produces the power to provide the electric light... got to LOVE IT!!!

Does the oil lamp convert heat into electricity enough to charge your phone or just work the meter?
Z

***
This is where this three first models stand.
I had to make a lot of trade offs, for example noise (cooler fan) vs output. Nobody wants a sound like turbine in his living room.

There is always room to get better, and i mean, much better, but this will have to do with people's demand on this particular model so as to justify a lot more invested time in this concept.

Sounds like Rick Brant boy scientist I read his stories of him when I was a boy. He had a kettle with two dissimilar metals that when heated lite his little shop.
Lots of cool stories got me into electronics.
Chris

This is beautiful! What a handsome combination of old and modern technology. I love it.
L

images are all broken links.

Thanks for letting me know. It should be ok now.

Properly bizarre and awesome, look forward to seeing more of this.

Good day to everyone,

I made a couple of videos demonstrating operation of E002 lamp.

comments as always are welcomed and appreciated.

Can somebody point out an renowned / esteemed commercial or not lantern evaluator.
I mean not like a value/ price appraiser, rather Technical aspects and overall usage one.

Its been a while, but the time is near.
Next month i am launching a crowdfunding campaign.
meanwhile a brand new website is set (and old one facelifted) to provide insights of my lamps and lanterns.

learn about my lamps at www.baroulamps.com

Good luck with your crowdfunding campaign. Please let us know when it's up and running. I would love to participate in this.

Thank you for your kind words!

Hello,
The campaign is live at:


Feel free to have to visit and support.

Beautiful artifacts! I can see these lamps adorning an upscale den or lodge. I suspect that some interior designers would have clients who would appreciate the design and craftsmanship that these lamps represent. You might give some thought to advertising these in an online design forum, in addition to CPF.
F

Baroutologos said:
Hello,
The campaign is live at:


Feel free to have to visit and support.

I think that this lamp looks absolutely wonderful. I do tend to like steam punk style of things.

Thank you for the suggestion. maybe i will. Especially the electrified genre.
About the thermoelectric, besides the looks, those lamps are dynamically operated and involve fire. Those are really intended for people skilled in the ways of lamps and lanterns with certain mechanical skills.

Would kerosene/oil lamps fit in here?

Nitecore introduces its next L-series light, the LR30