As a lot of you already know I started machining solid copper light engines for certain light modifications. In doing so I have a little bit of an overrun and wanted to make them available to the group for purchase. I will be responsible for all PayPay fees as well as insured shipping costs. Basically the prices that you see below are the prices shipped right to your door.

The following is available; as a matter of redundancy the word "Blank" means that no electronics exist within the light engine:

**ALL SOLD**Also, I have ONE solid copper P60 light engine left made by the great Brian Fellhoelter. They are currently blank but the same buildout applies as noted above. 17DD FET w/ Guppydrv2 and choice of Triple LED on copper MCPCB. Price per P60 is $99 each. Upgrade these p60's to a quad configuration for $129**ALL SOLD**
I will machine a solid copper P60 light engine, Brian Replicas if you will, if anyone is interested in taking advantage of the above opportunity.

SureFire Titan - The Titan has a solid copper light engine installed. The light engine contains an 11DD FET w/ Guppydrv2 and an XPL HI V2 1A single LED making it a very nice, super bright, thrower. I'll be happy to replace the LED with anything listed above, including the new CREE XPG3 (5000k tint). $149 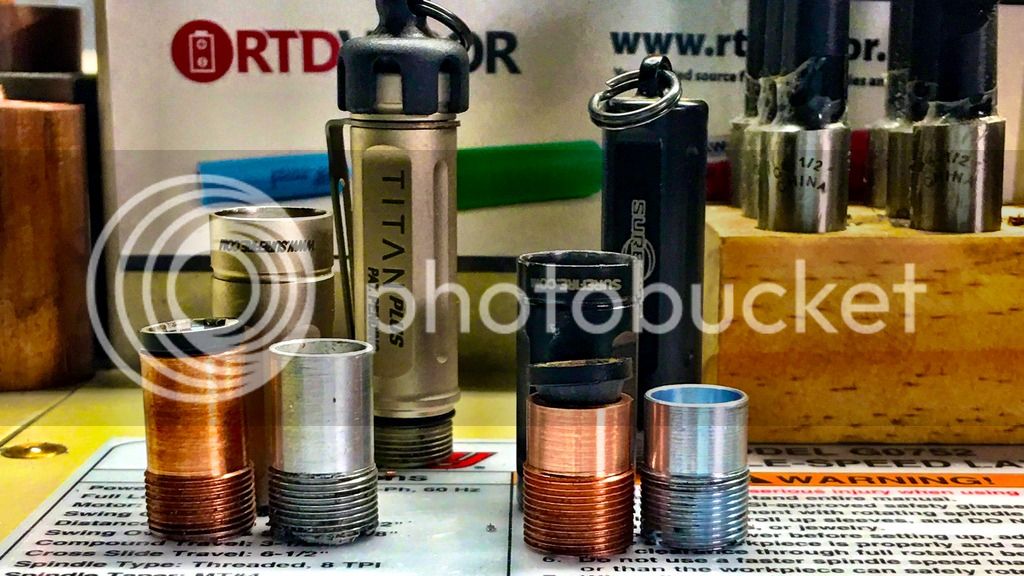 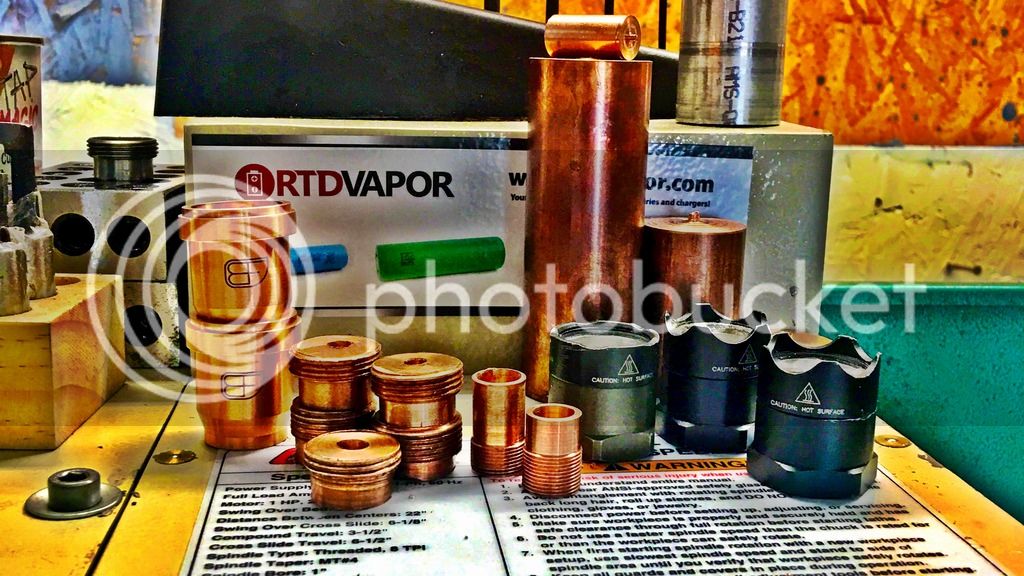 **ALL SOLD**. Additionally I have a brand new, in box, Surefire 6P bored to 18mm in order to accept 18650 cells. The light was bored on my lathe. I will also install a McClicky switch and Fellhoelter Light Engine (Following specifications listed above) for $149
...or add $30 to the 6P and upgrade it to a Quad Fellhoelter drop in & 10A Judco switch. 6P upgrade no longer available. However the other p60 could be built out as a stand alone QUAD P60**ALL SOLD**
I would be willing to quickly source a 6P, bore it to 18mm, have a 10A switch developed, P60 machined and Quad LED light engine built out if someone was wanting to reach out and take an opportunity to capitalize on this offer. If so, please let me know. Thanks!!

Lastly, I have a small amount of copper left as seen in some of the pictures. If you'd like a blank light engine machined out, custom, for a light that you'd like to modify yourself shoot me a PM and we'll work it out. One example was the client that had me machine a solid copper pill for his Maratac 123. The possibilities are endless. Give me a holler and lets get something made for you!!

I'm in the process of moving my PayPal address over to my business account so please PM prior to sending funds, this is mainly for those who have done business with me in the past. Additionally, please PM me for international shipping rates, for our friends overseas!