Probably 3 times the battery sag too. Sure must be impressive the first couple of minutes tho, not to mention the lower cost! Very tempting.
R


twistedraven said:
Probably 3 times the battery sag too. Sure must be impressive the first couple of minutes tho, not to mention the lower cost! Very tempting.
Click to expand...

Get a couple carriers and couplers to make it run and be longer.
T

Is it worth it or should I save a bit more for gtvn2?
B

Depends on if you want more throw or more output


trailhunter said:
Is it worth it or should I save a bit more for gtvn2?
Click to expand...

Twice the money but for me its twice the light. I am also not really into the yellow shave dome tint of the corona althought that is not too bad outdoor at distance.


All considered which one would you prefer? 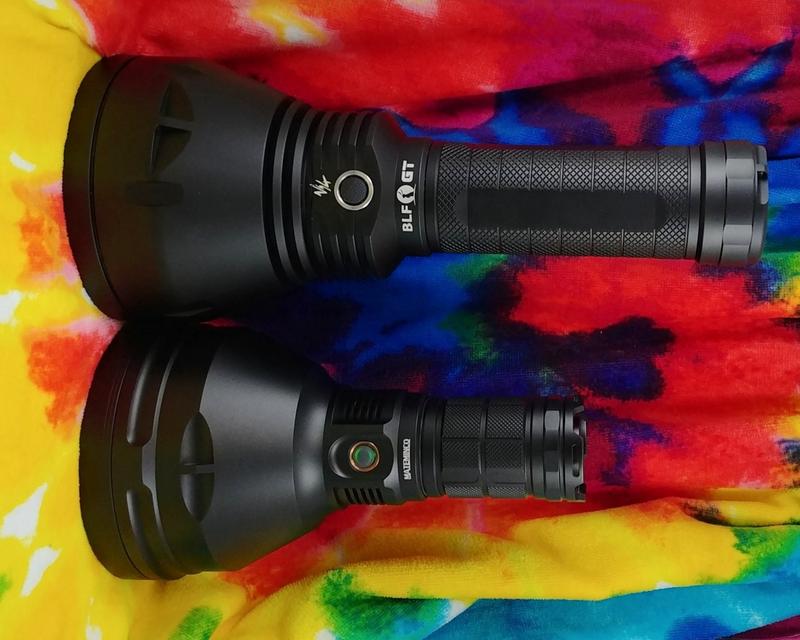 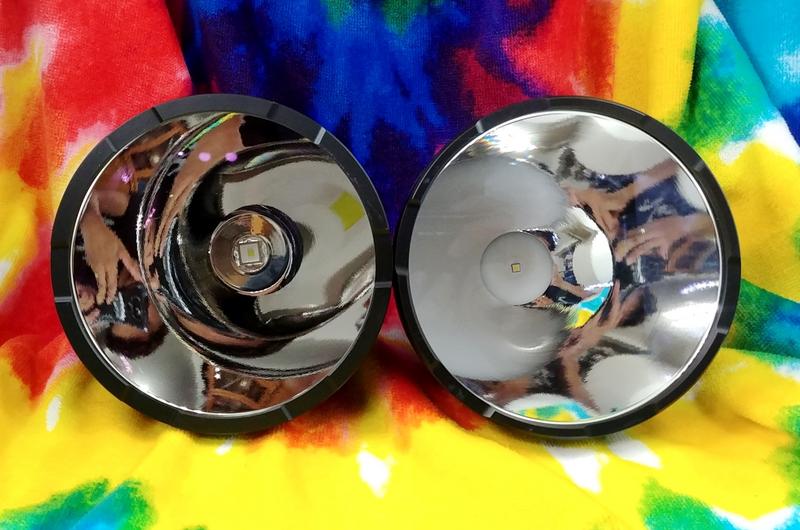 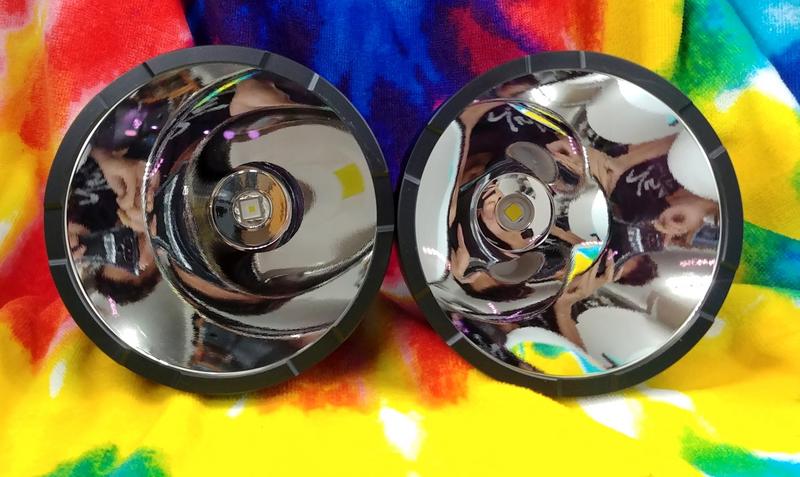 Which makes me wonder how the camera was setup..

Mine was white leaning towards blue in stock form but now that it is dedomed it is just perfect with a barely noticeable yellow/green corona.

I wonder if there is just a massive tint variation (shouldn't be as they are claimed to be 1A emitters, not simply a random A/B/C/D lucky dip) or if in fact the GT70 dedomed version looks much whiter and the CFT90 much bluer in real life.

Compared to my TN40Svn 5000K it just looks cool white. Also, unless you are super keen on having a massive light (and I mean MASSSSSSIVE) or plan to dedome it, then I would go with the TN40Svn as there is seriously little difference between the two. Even when dedomed, the GT70 is not what I consider a major upgrade over the TN40Svn. That Thrunite is just a monster after Vinh did his thing but the GT70 does have more thermal mass so should run at higher levels for longer and the 8 cells VS 4 cells does seem to offer greater runtime but that should be expected.


twistedraven said:
Production GT is 4000k XHP35 HI. Only pre-production review samples were 6500k. I had Vinh put 4 of them in my TN40 and the tint is pretty decent.
Click to expand...

I thought the "cold white" option they had on their website for the XHP35 HI GT's was 6000-6500K - is it meant to be neutral and warm or is that a relatively new option some people wont know about?
T

Possibly a relatively new option, though I haven't heard any news of it. What site did you find the option on?
D


Dio said:
I stumbled across it on the Lumintop website

Blf gt xhp35 CW has been available since july 10. Its really nice..

trailhunter said:
Does spec 2 ramp down to spec 1?
Click to expand...

What do you mean?

trailhunter said:
Does spec 2 ramp down to spec 1?
Click to expand...