Poppy said:
LOL, grains cause inflamation, so I make a reasonable effort to avoid them
Click to expand...

So that means I can switch back from whole grain cereals to ice cream and that swollen thing called my belly will shrink?
Woohoo! I knew this was going to be a good year. 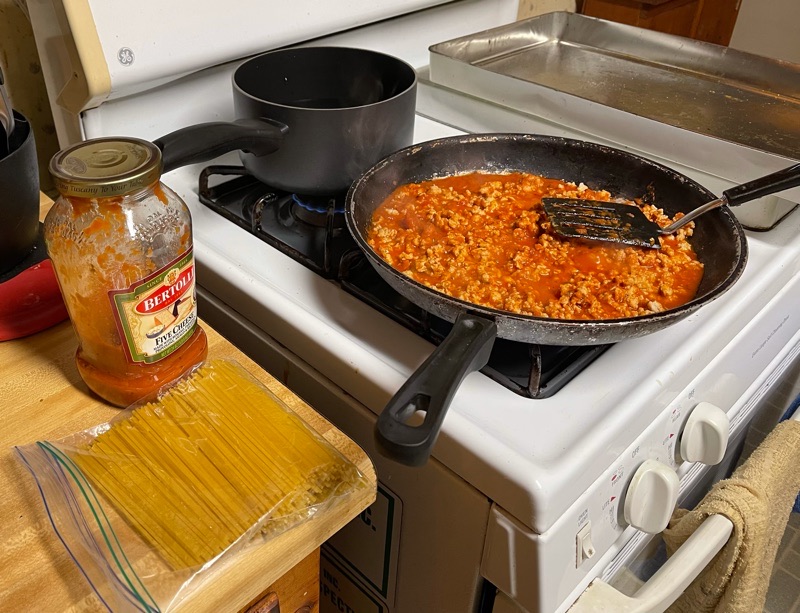 20 minute spagetti
Half a box of pot sized noodles (broken into 2" pieces) boiled with olive oil to avoid sticking together (but don't tell Mrs Fixer who thinks it's veggie oil), ground chicken browned and 5 cheese (store bought) sauce simmering while the noodles cook.

Put a pile of noodles on a plate and cover with a tablespoon of Smart Balance margarine, add meat sauce on top and enjoy.

Mrs Fixer likes a little spagetti under a layer of parmesian cheese. I chose not to indulge in that but instead ate a whole can of asparagus spears cold from the fridge. 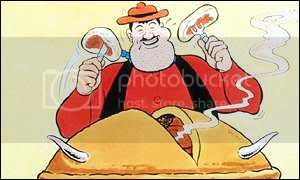 Steps for "Make in your mouth, 'Deviled Eggs'"
Step one
gather ingredients, and hard boil eggs 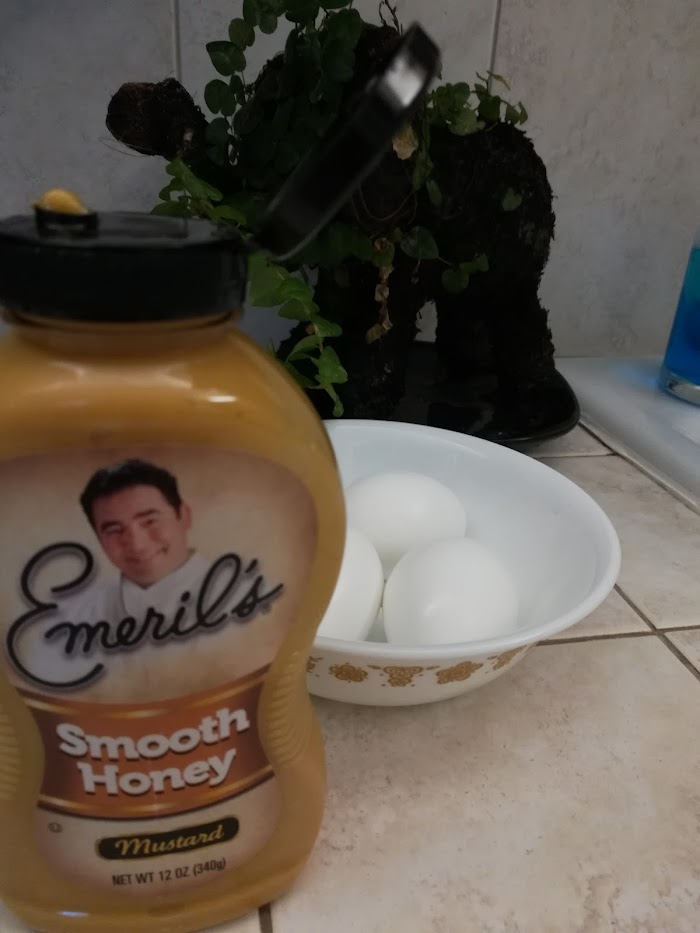 a dab of honey mustard on top of peeled egg. 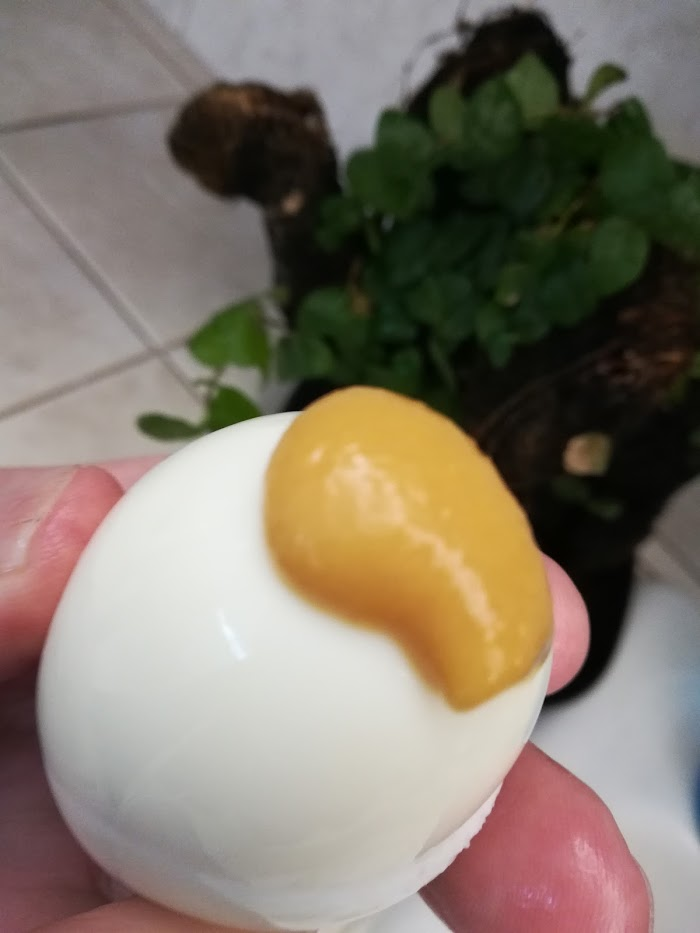 Take a bite, and mix ingredients in your mouth.. 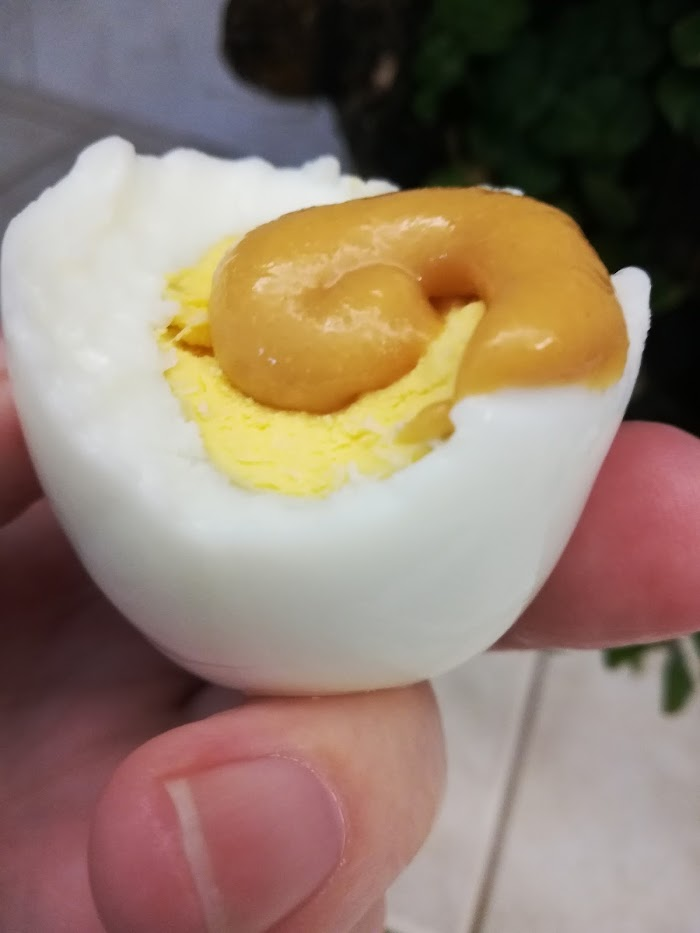 Easy clean up... brush your teeth, no dishes 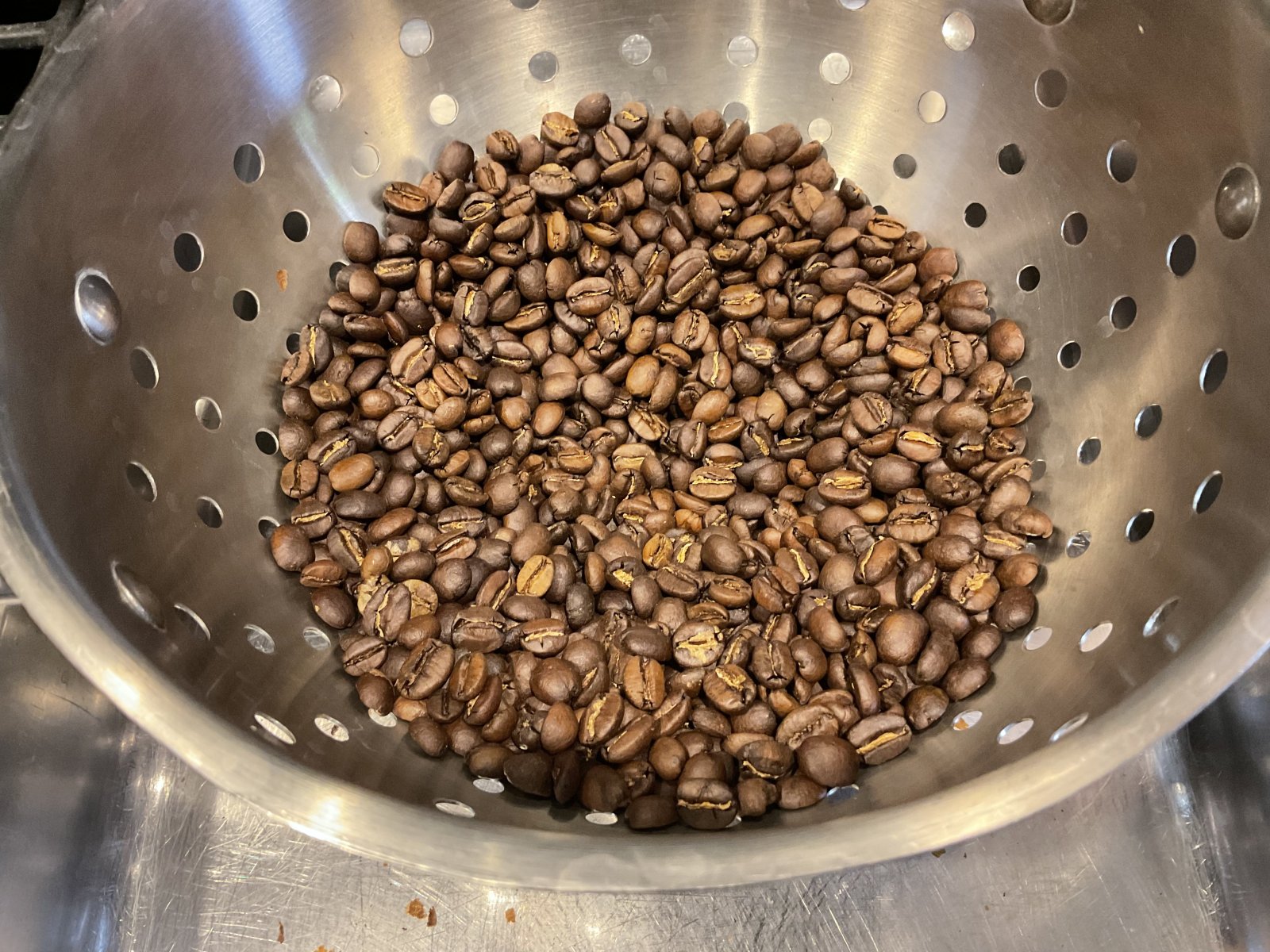 Nice! Do you roast in a popcorn machine ?

kerneldrop said:
Nice! Do you roast in a popcorn machine ?
Click to expand...

Used to, then stovetop popcorn pot, and now hot air drum. They all work but drum gives a more uniform roast and less mess.

Camping in freezing conditions requires good food. 100% organic free range Sciurus carolinensis. My favorite game meat. Light used = Zebralight H600d Mk IV around camp and collecting firewood, and a little Manker EO2H for inside the tent. I love the ultralow sublumen capability of the Manker, and the Nichia 219C is a beautiful led. 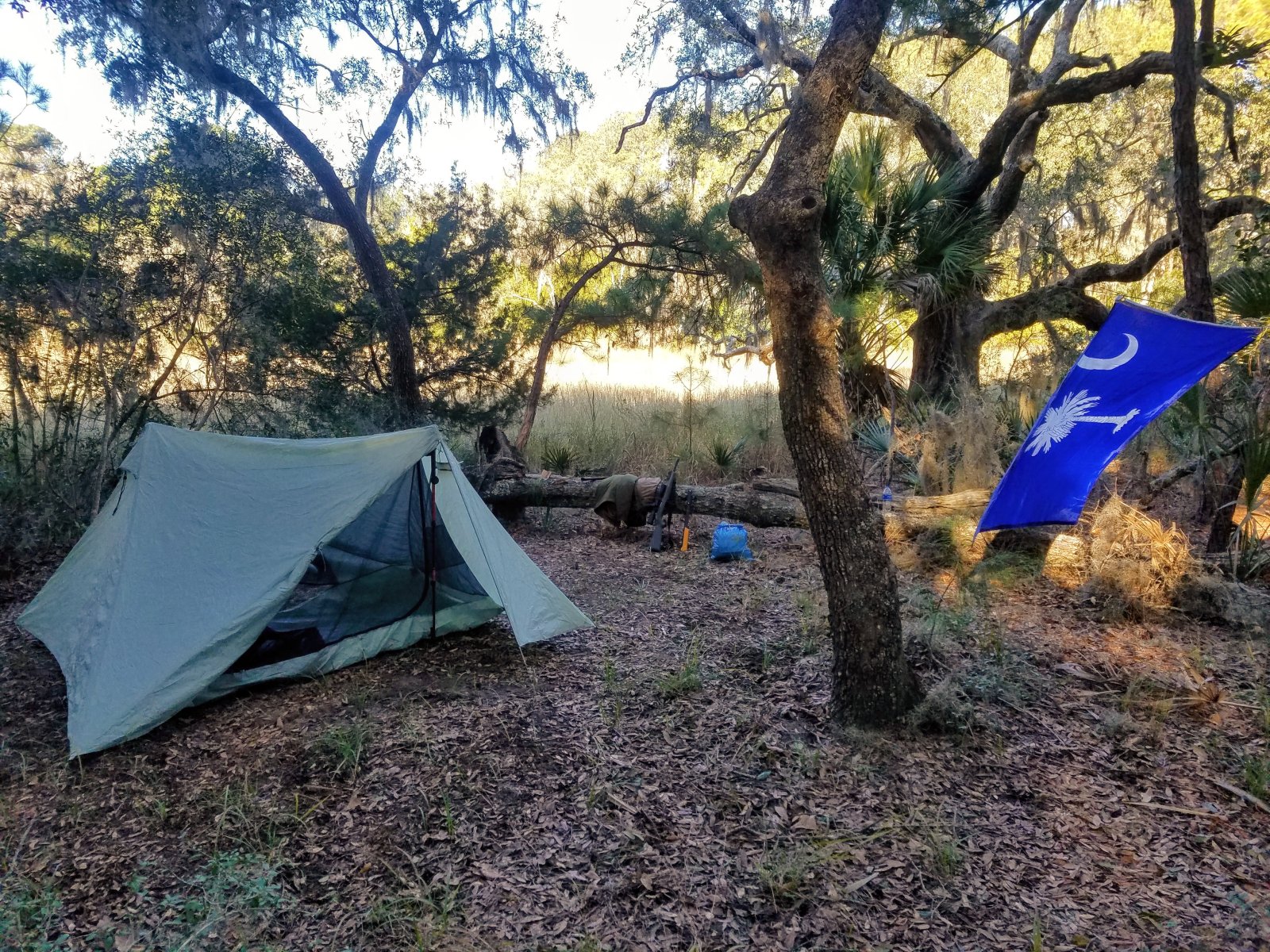 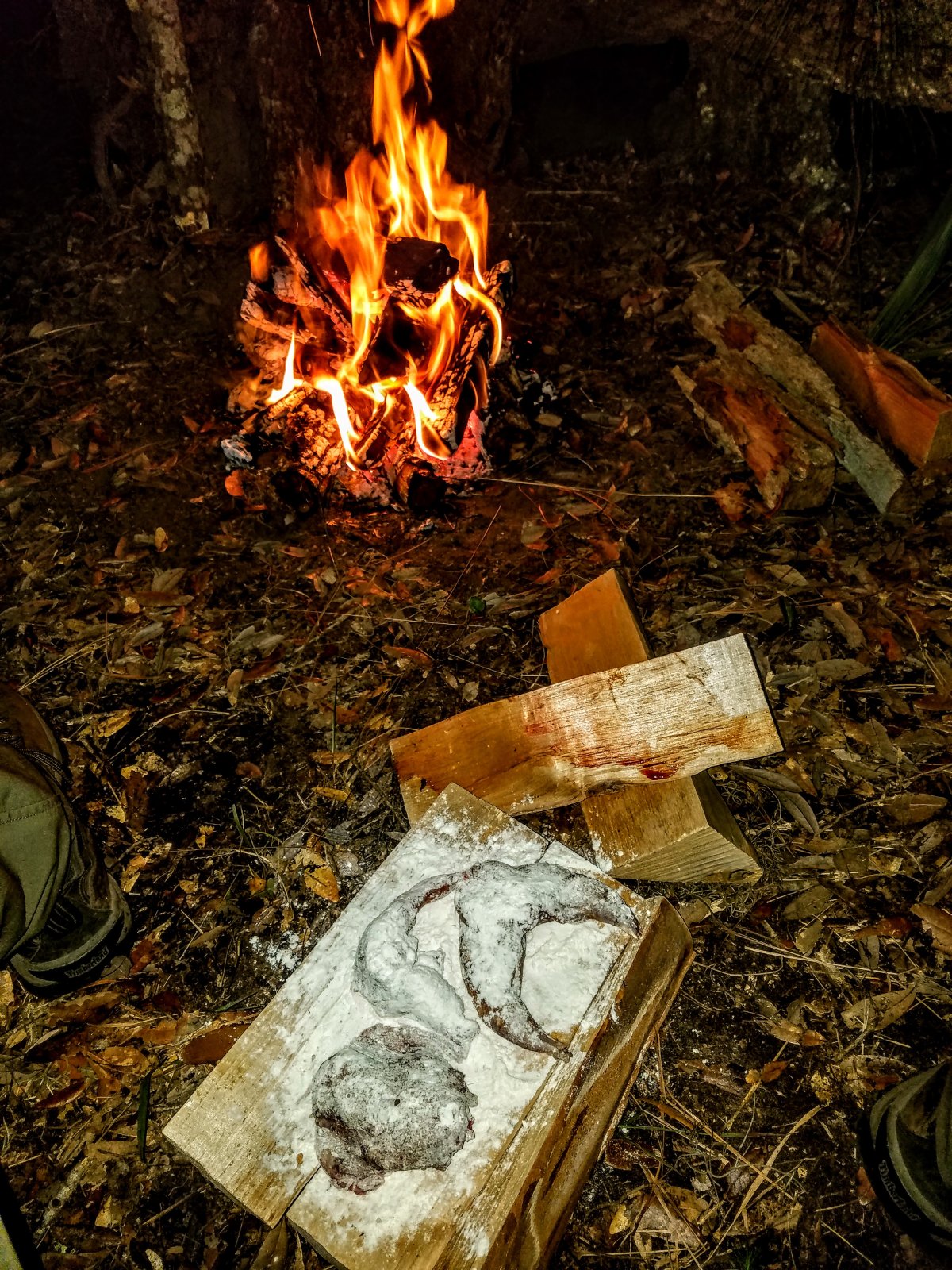 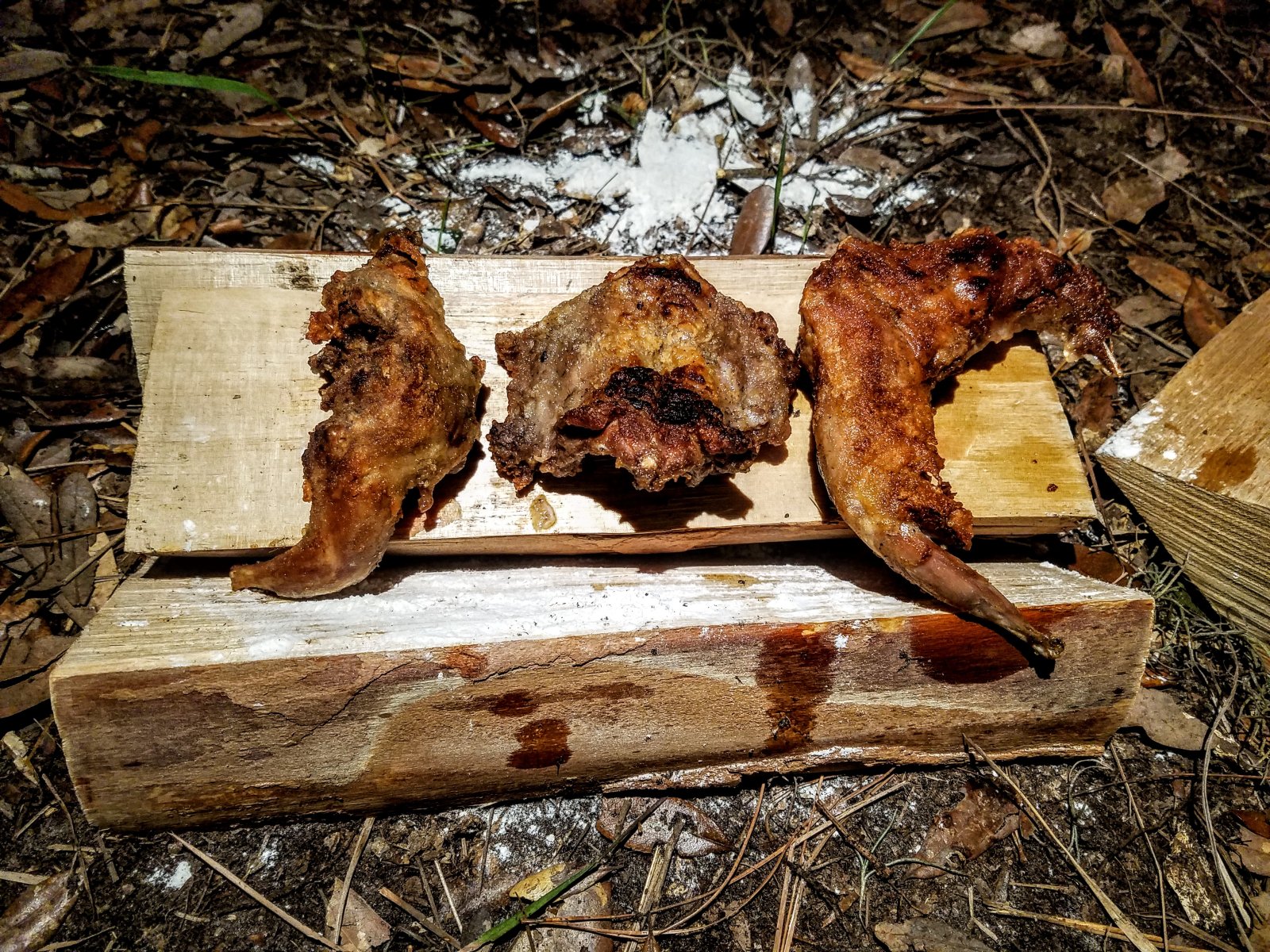 [email protected]@King at the last two pictures - I never would've correctly guessed that was once a squirrel. JimIslander, living the life! Dude's even got his own flag!!

I’ve had a lot of squirrel dressing, and squirrel and rice growing up.

Chinese food still escapes me. It my favorite country for food but I suck at cooking it

raggie33 said:
Chinese food still escapes me. It my favorite country for food but I suck at cooking it
Click to expand...

Maybe it is the lack of MSG?

Last night on the way home, I stopped at Stop and Shop, and got 3/4 pound of deli sliced roast beef, and a package of soft hero rolls.

I sauteed a thin sliced vedalia sweet onion in butter, in a separate pan because my daughter didn't want onions. Then, again in butter, I toasted a roll, with some of the breading removed, added a few slices of roast beef, and American cheese. All done in butter.

It may well be the quickest best tasting dinner I ever made. 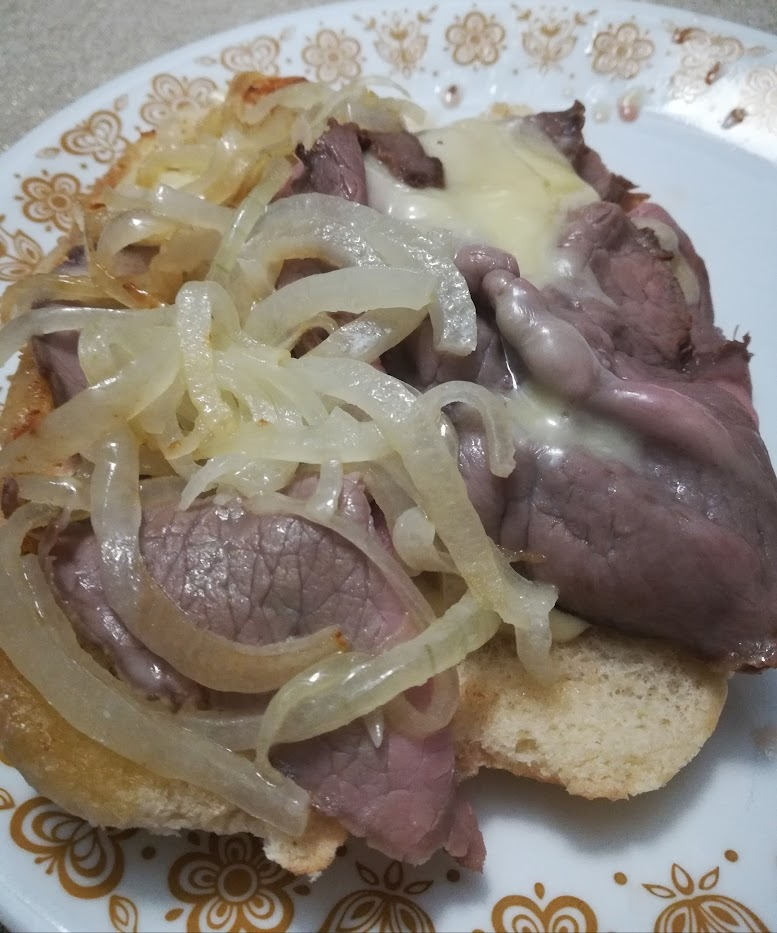 onions cook in butter make everything yummy we used to eat it with liver nd i loved it but that was when i was a kid. i doubt my teeth can chew liver today

camping in the cold is the best camping.. hot weather camping sucks

That is pure truth, Raggie!

While my wife eats this on a Disney plate:
View attachment 22617
Click to expand...

Holy Moly! I like the second meal! Are you a professional athlete?

I eat twice a day with fasting in between. Lunch is meat/fish/fowl and a large bowl (about 2 cups) of mixed veggies. Supper is a palm size serving of carbs (rice or potato), big ole chunk of meat/fish/fowl and a large bowl of veggies. Basically it's protein and all the veggies I care to eat. The protein is always pan fried in olive oil. I seldom eat snacks, maybe a cookie or graham cracker once a week. Not that I didn't love carbs and sweets, but the diet itself eliminated the majority of cravings, and it also eliminated hunger between meals, feeling weak (like low blood sugar feeling), etc. For me, no sugar and few carbs has also dramatically reduced body pains that I thought were normal for my age. Been doing this lifestyle since 2013 or so. 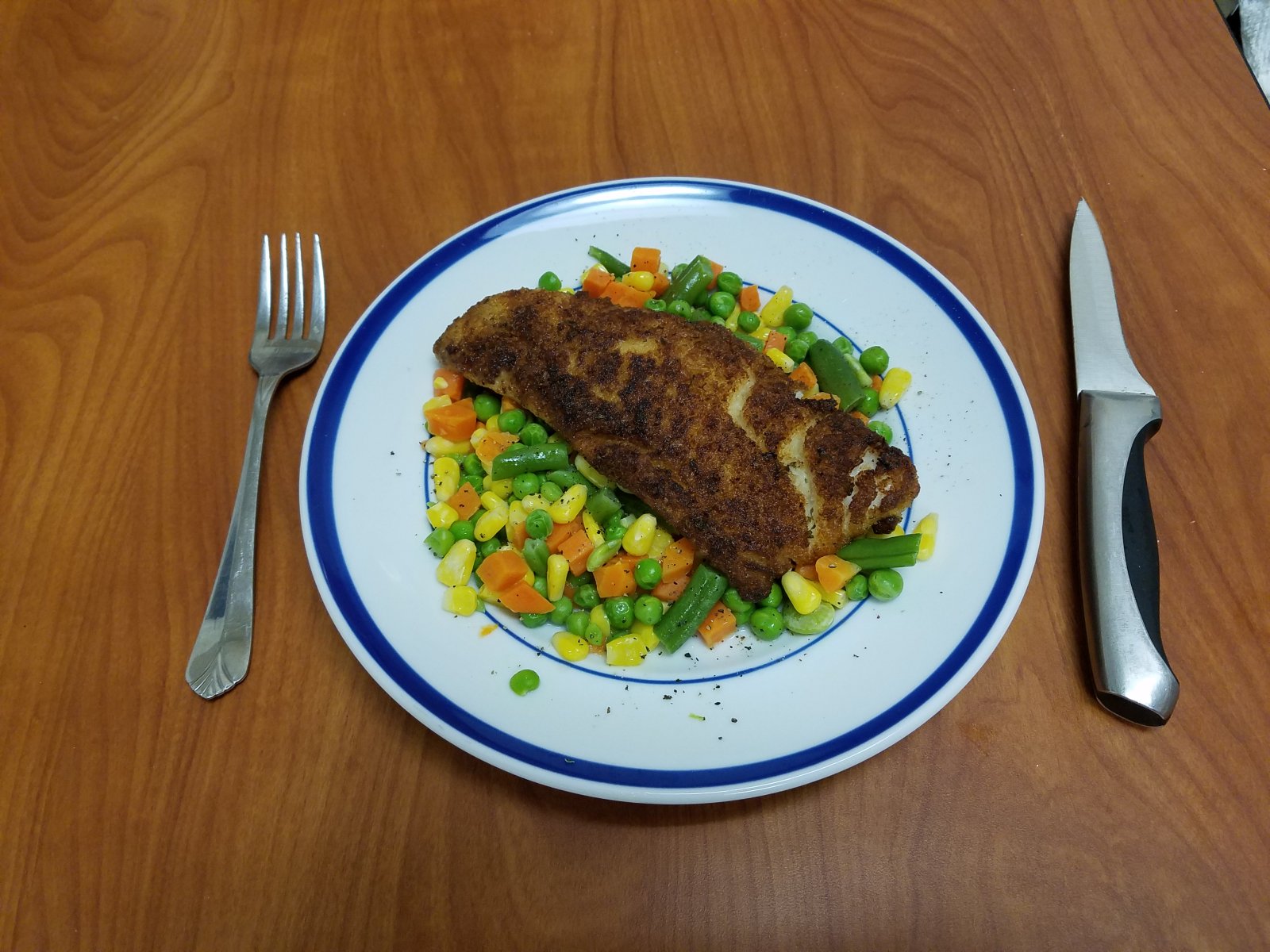 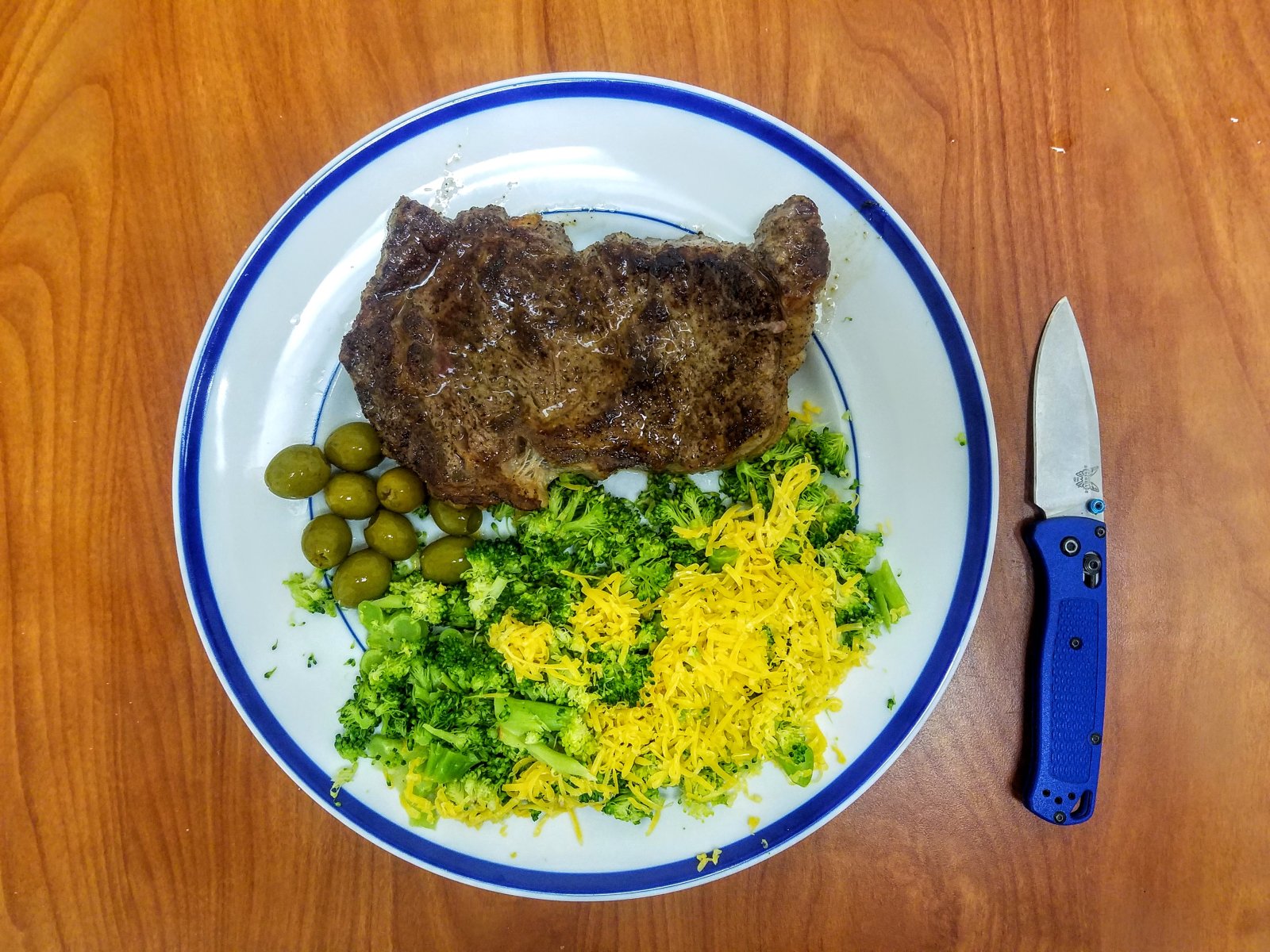 This is me a few minutes ago. I turn 60 next month. No supplemental T yet, but as I age, it's definitely on the horizon. I'm guessing you have twice the muscle I have, unless you are a triathlete. Very interested in why you eat what you eat, and why 5 meals per day. 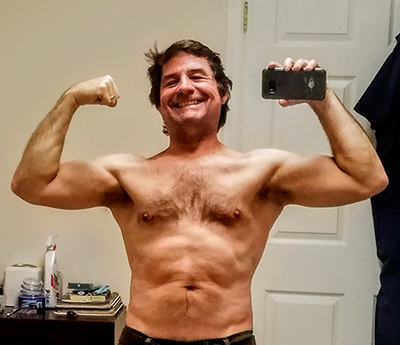 JimIslander said:
That is pure truth, Raggie!
Click to expand...

summer truly sucks for camping hot sweaty aand horrible . in winter we can have a fire wool blankets . btw iv eheard wool even works when wet

King Cake— the pralines and cream is the best but my young kids only like the plain one. 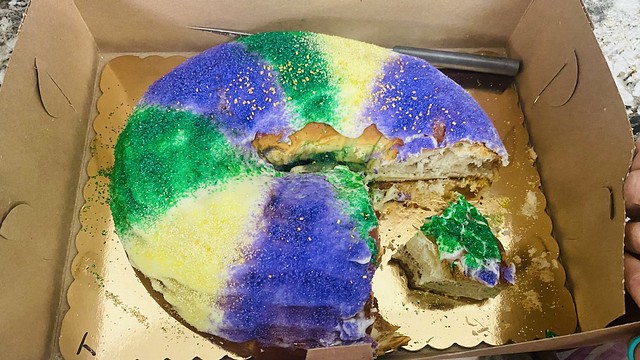 @Poppy - I caramelized some Vidalia onions to go on top of some plain chicken. 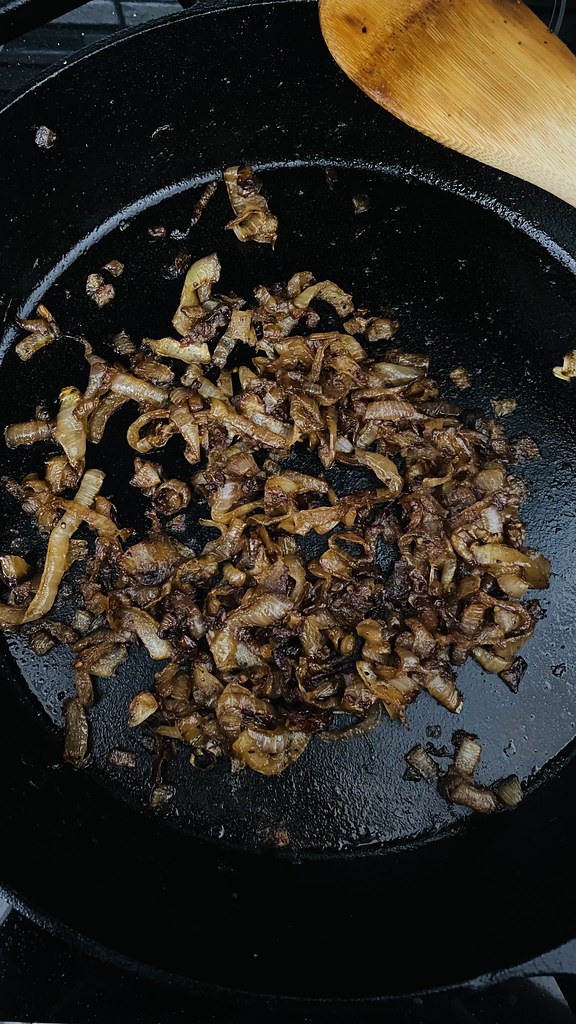