Here is a "couldn't sleep at 1:30am I'm bored so why not play with 2 flashlights" post. Not really a which one is better as much as a here's the differences thing. I awoke, could not go back to sleep and instead of grabbing a 2aa incan with older batteries (read fairly dim by now) I grabbed my orange body Sofirn C01 sophia and set about heading to the den to watch some Gibbs tv. (Season 7 of NCIS is in the movie player) and see what the hounds are up to.
After using that incan light each night with oh I dunno, maybe a lumen or two left, whatever a maglite solitaire is on an old battery the C01 was "WOW that's bright". Not a holy crap turn that off lumen scorcher bright. Just a lot brighter to dark adjusted eyes that the incan is. It only took about 4.4 seconds to adapt. Heck I set on the edge of the bed 8 seconds. Get up any faster and I crash into walls and such so by the time the woozy's are gone my eyes had adapted.

So now a trip down the hallway. Hound 1 is wanting to tag along. But I noticed the C01 has this really wide, floody beam so for whatever reason I stopped, went back to the bedroom and grabbed my Fenix E01v2. I turned that on as a guide down the hallway and noted the beam was a bit narrower. Now both reached the end of the hallway easily but the Fenix seemed to reach farther due to the lack of brightly lit edges. I reach the den and see the Fenix lit from 20' away about 75% of a 20' wall with edges falling off quickly. The Sofirn lit the entire wall nice and even. The brightness of the area lit by both was about even Steven which was enough to see hound 2 was already in the den.

I set both lights unlit on a coffee table and could easily see the orange body of the Sofirn by the twinkle of light pollution entering the den. But not because the body is orange, but because it's shiney where the Fenix has a very dull matte finish. I sat in the dark for a few minutes and turned on the Fenix. It did not seem so shocking. I honestly believe it's because the beam appears for forward so my peripherals are not suddenly awakened along with the forward focused eyeballs. Frankly I don't really care for the tint of either light as one has a slight pink look and the other a slight green look. But I'm not a tint snob and can live with either one. I prefer a light bulb so that's why at 2am nature call events I use a flashlight with a light bulb. Yet for wandering around the house in the middle of the night an LED will do.

Now the Sofirn is a one setting twisty head what you see is what you get Fenix E01 clone with a few nice improvements. The E01v2 is a 3 level twisty head that starts on low and has no memory if you shut it off for two seconds. Maybe quicker than that. I dunno I'm groggy, it's 2:30 and my reflexes are slow right now. But on high it'll get the job done for a few minutes if you need to see what Fido is barking at 100 feet away. As much as I want to like the V2 I just can't see it ever becoming my EDC light despite how tiny it is and how solid it feels. Now if the gubment made me choose between the C01 sophia and E01v2, oh it's E01v2 hands down. Reason 1 is it's so dang tiny. Reason 2 is the stealthy matte finish. But the most important reason I like the beam better. I just do. All those lumens spread out so wide from the C01 is perfect for some I suppose. I suppose my brain seems to prefer the edges of my vision to wonder what is slightly out of view to the left or right. Yet if the V2 grows legs and walks away the C01 is still a mighty fine little flashlight. And it tailstands so there is that.

I too notice that i tend to prefer a nice TIR in my "middle of the night" AAA light. If Sofirn would make a 3 mode C01S, we'd be set.
J

I also find the 7 lumens from a Sofirn C01 is too bright when I wake for a bathroom walk.

I like and recommend the Thrunite Ti3 as a bathroom light, because it has a sublumen mode that always comes on first.

They come with a reflector that works very well, here are a couple with LED swaps: 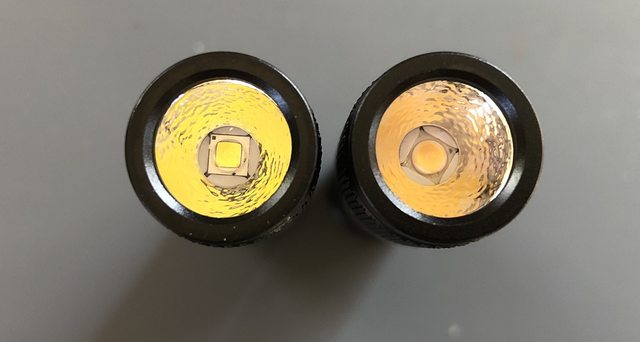 There is also a Tir available that is an easy swap and makes a nice diffused beam, that I enjoy.
pic is a link to a modding tutorial: 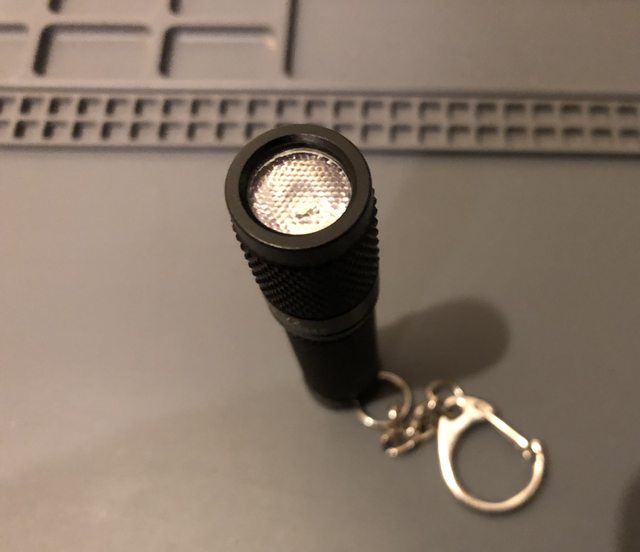 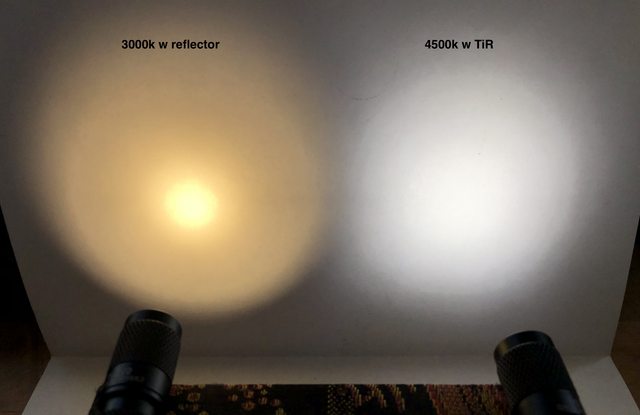 pic is a link to the Tir source: 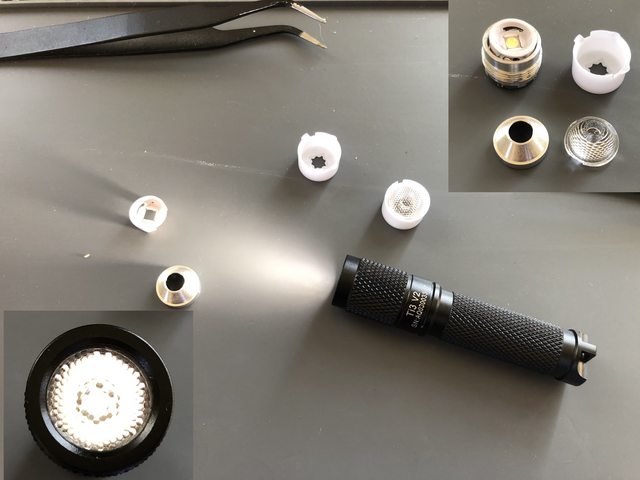