HOOLY CRAP, I never know you can polish flashlights like that too, I thought only guns are done like that to make mirror slides and so on.. this is crazy.... must takes a long time to do!

this isnt as easy as i thought it would be.
Im gonna keep at it though.

Some Benchmade 790 handles that I polished 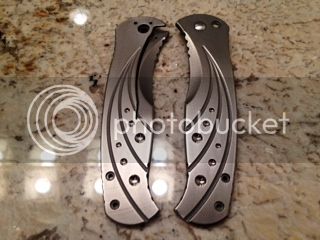 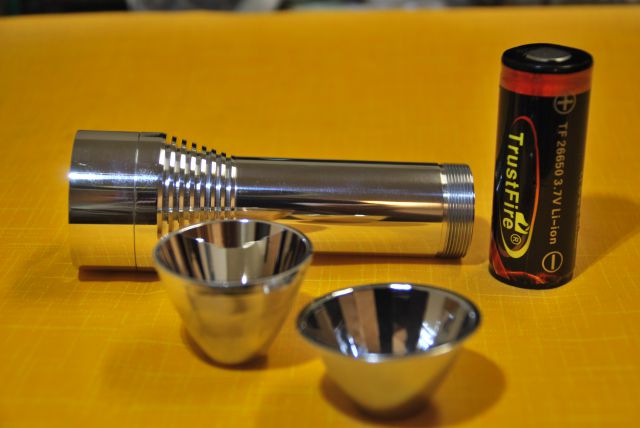 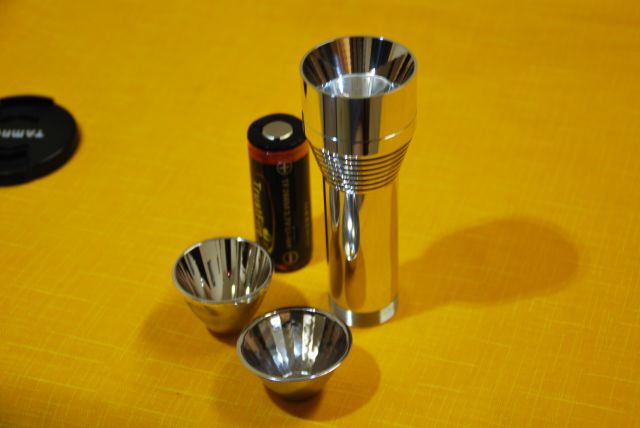 I'm guessing there are some new polished lights out there now. Anyone want to share?

Not highly polished, I like the patina brass look.

This is my "always in the pocket" light so it does tend to get a bit too much patina after a while. Probably buff it up once a month or so. 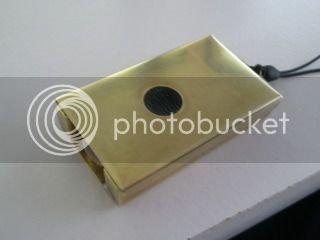 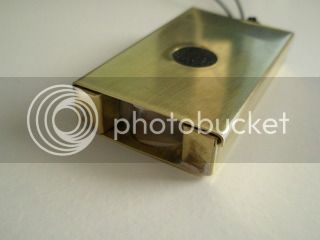 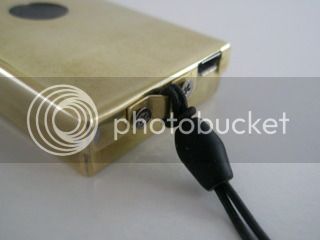 sunny_nites said:
Not highly polished, I like the patina brass look.

This is my "always in the pocket" light so it does tend to get a bit too much patina after a while. Probably buff it up once a month or so.

Interesting light. What is it?

On going project of mine.

Been evolving as I've thought of new things I wanted in a pocket light.

Uses a XML-T6 (must be one of the few people around that actually prefers a neutral to cool beam). Driving it at 1 amp max in current version. I was running the earlier ones at 2 amps but the difference in brightness wasn't great enough to put off the difference in heat dissipation and run time.
Driver is from a X-light micro running a P-type MOSFET. The X-light has to be my favorite interface with the infinitely adjustable light levels and out of the way strobes.
1300Mah Lipo with onboard charger and a micro USB port.
Couple of Neodymium rare earth magnets. More handy than I first thought they would be.

Inside is pretty ugly with the individual boards wired together. Working on a single circuit board now that I have the electronics tuned in. 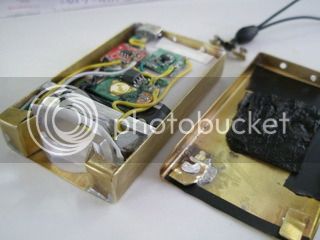 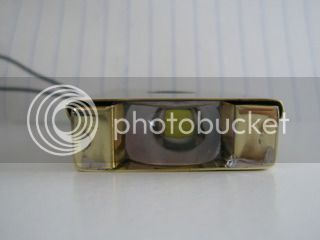 I have the next gen case partially put together, sticking with brass but has a better latching mechanism and much cleaner front end and a better gasket.
Progress has kind of slowed down since I put this third version together. It actually works so well and has come in so handy, I haven't had the motivation to do all the work it's going to take to get to next level.
Last edited: Mar 1, 2013
C 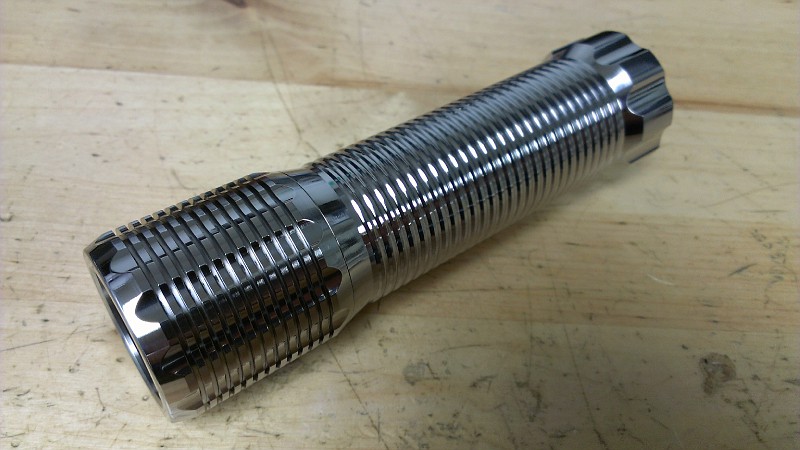 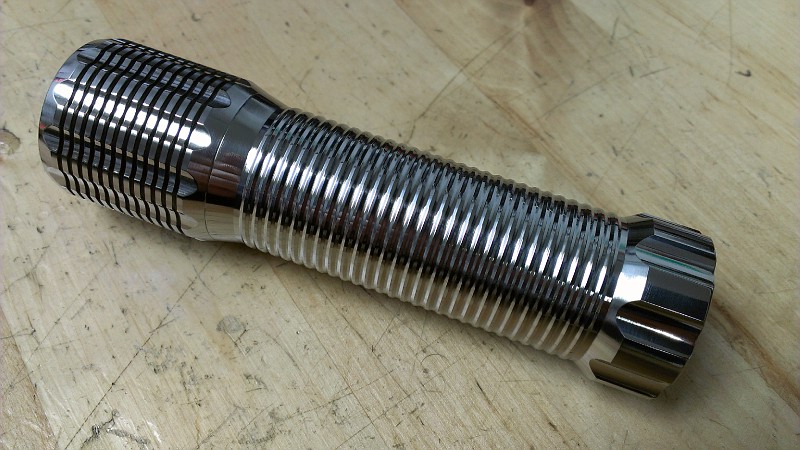 K
Like E series? I do! WARNING: HUGE PICTURE!

Not much but it's all I've got.