Hello. Loving the light but:
Anyone out there been able to successfully install the tactical ring? Using 123A batteries. With ring in place and cap screwed back on light does not work.
I figure either I have it on improperly or it is messing up connection with these batteries. Do you remove the O ring? Going to try again wit 18650's when
they arrive but wouldn't think there should be an issue here. Anyone know the secret?
S

This light does not work with CR123A. There is also a ring on there already that you need to remove to install the tactical ring.
G

staticx57 said:
This light does not work with CR123A. There is also a ring on there already that you need to remove to install the tactical ring.
Click to expand...

:welcome: Another thing about this ring is that it will prevent the tailcap from tightening down (light won't work) all the way if the ring itself is not snugged down. 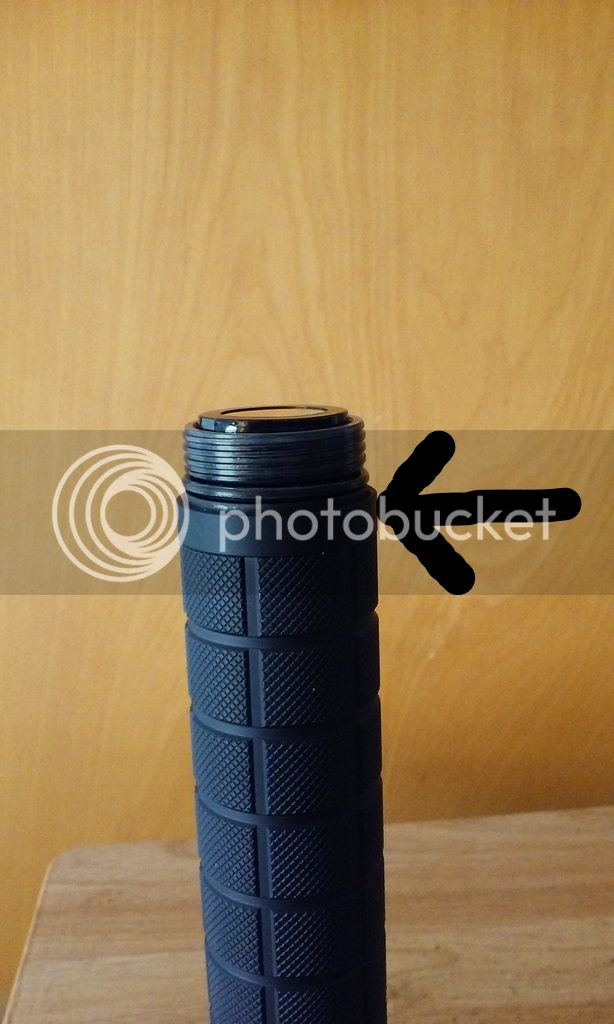 I took this ring out with some difficulty, (have to remove the oring to avoid damaging it) then installed the tactical ring, seems like the logical thing as the tactical ring also serves as the anti-roll for the light plus it makes the light easier to hold in a "tactical" format like a cigar though wont be for long as this is a HEAVY light.

Kudos though, well built and must really be used with an SMO reflector to maximize it's potential. Though it is still mostly floody, the throw has definitely (can be seen visibly) improved.
G