If you want it quite just put it on Econ for 4 cyl deactivation driving. Saves gas! LOL
1

1SICKLT1TA said:
Hey Vihn, can I get the 7000L? If so what will be the price? Thanks. And by the way the dark red with out stripes, I have seen it in person. Wow... no question I would go that route
Click to expand...

Hey vihn, hate to be a bother, but I have money ready to send just want to know the exact amountif you can do 7k lumen on number 19 thanks

vinhnguyen54 said:
Oh no. I can't afford to pay $60G for a used troublesome car.
Click to expand...

I don't want to get into a whole big thing here but I wouldn't call a Tesla Roadster a "troublesome car".

The vette is going to be SICK though, definitely the best-looking Vette they've ever made!

vinhnguyen54 said:
If you want it quite just put it on Econ for 4 cyl deactivation driving. Saves gas! LOL
Click to expand...

Touring mode also mute the exhaust while leaving divisibility normal too so you can listen to the radio if you want. But like I said. I am not gonna get bored of the exhaust sound track.

I have to agree.
The classics have their place. But this stingray really takes the cake.

ThirstyTurtle said:
I don't want to get into a whole big thing here but I wouldn't call a Tesla Roadster a "troublesome car".

The vette is going to be SICK though, definitely the best-looking Vette they've ever made!
Click to expand...

A Tesla cost over 100G new. By the time the price comes down to 60G I am sure it has quite some miles and expensive maintenance is to be expected. Definitely maintenance I cant afford If I have pay monthly payments to worry about. I would only buy a Tesla brand new. But that's obviously not going to happen any time soon....

Arial Atom do it
J

You're gonna love it. And its gonna ruin your perception of what "bright" is 4400 lumens will spoil ya I tell ya.
S

I was part of the team that designed the Performance Data Recorder option for it.

Just don't run it in the eco 4 cylinder mode as it sounds sad.

Our early test sample had the starter motor burn out a while ago which gave us fun trying to push start it before the replacement arrived.

vinhnguyen54 said:
Should I get MRC or not?!?! I have to go place an order in a couple hours
Click to expand...

So Vinh...u're buying a very beautiful,magical and awesome sportscar... for less money..

So Vinh...u're buying a very beautiful,magical and awesome sportscar... for less money..

Wow nice pic...turtle... I think Vinnie will love this... :thumbsup:

I don't want to cause any controversy here!!!!!!

I will preface this by saying,ALL of the cars mentioned are awesome and I would LOVE any of them! :thumbsup:

For many years my father had Cadillac's and Lincoln Continentals. Then in the early 80's my oldest brother[had a Porsche and BMW] convinced him to get German cars!! My Dad has not looked back since!!

I am AMERICAN....Born and raised. I will say that the Germans without question make better cars[Audi, BMW, Porsche, VW. ect.] than any American car made. We are catching up, they are still ahead!

This is my Second Older Brothers Porsche! I am # 3 out of 4 boys! lol!

He completely redid it w/ the exception of letting a body shop paint it! It is a Targa Porsche..I think it is a 1970?! :twothumbs 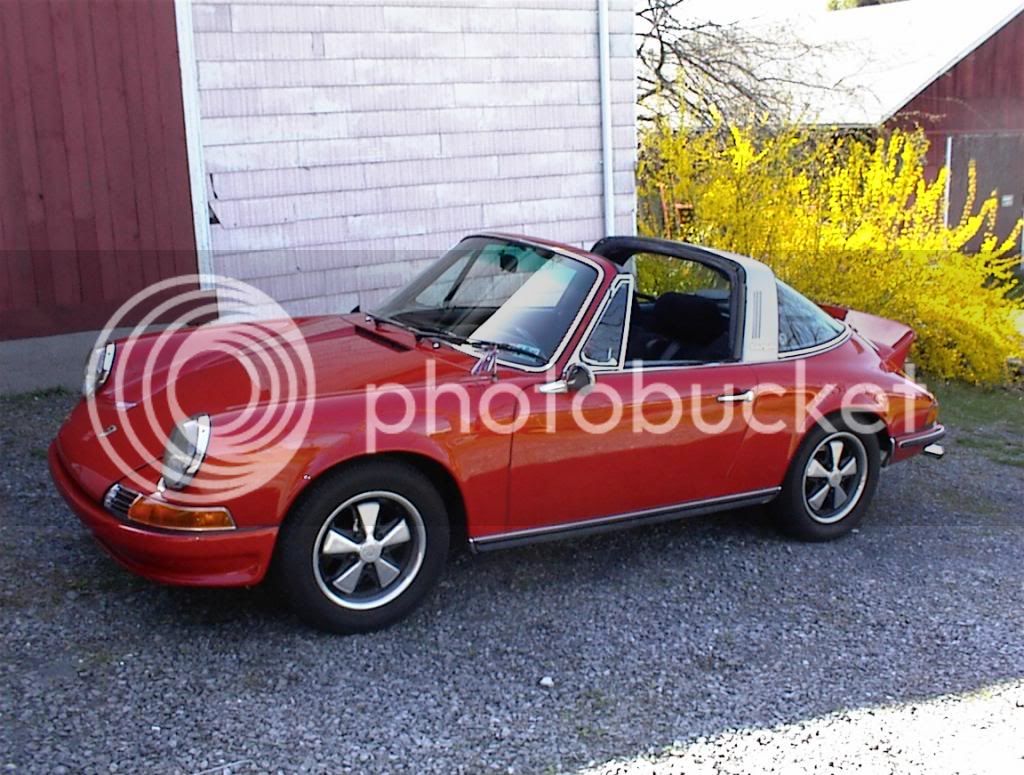