Thanks,
From your dimensions it sound exactly like the Schmidt Mini 8126.
I would have expected something a little smaller, like the Lamy M22, having looked at some pictures, but if they could fit in a larger refill then great, more space for alternative refill hacks.
I might just have to pick one of these up.
J

Thanks a lot for the kind offer Kay, unfortunately I'd already purchased one.
J

Yes, my Schmidt Mini came and it's the right size refill for the pen.

It will depend on how much internal space the pen has close to the tip as to whether some of the more interesting refill conversions will be possible or not.
The Schmidt Mini isn't a bad refill though and the Schmidt 4876 pressurised refill (basically a smaller Fisher PR space pen refill copy) should also be a straight drop-in replacement, perhaps needing a slightly longer spring.
Funnily enough for the 4876; Schmidt have gone for Li-ion naming conventions, so it is 4.8mm in diameter and 76mm long. How thoughtful.
J

My O'pen finally turned up.

It's perfectly functional, although the pocket clip feels too firm and I wonder if it would be better with just two output levels rather than four.

A Schmidt 4876 refill fits with no issue, using the original spring.

I was hoping that the cheap plastic tube gel type refills might fit, however they don't quite protrude out of the tip far enough. The pen tip could be drilled out slightly, but it's probably not worth it.

The plastic bodied gel Parker G2 refills would fit if the tail end was cut down to length, but they would need to be written with for a while, to get the ink level inside the trim length.
J

The 4876 fits fine but I prefer the Schmidt Mini. More ink flow and wider which I like.
J

Spoke to Andy yesterday. He is up for a meet if anyone else is in? We can meet 6 people right, and that's about the most we get at the moment. Any ideas or if not, just a socaliy distanced pub meal and a wander around a park somewhere.

Excellent idea, Jay. I would love to come, but I must decline this time. Really wouldn't do well to catch this virus dominating the news, currently - so I am putting my family first and we're basically shielding for everything apart from essentials (Supermarket, chemist etc).

This is truly sad and ultimately boring, but I have to be as safe as possible until Gawd knows when!

I would have brought a very much expanded collection of vintage penlights and my new HDS Amber Rotary - you would have loved it's candle flicker mode! But the biggest collection newbies would have been hand sanitiser and masks!!!!!

Maybe I can Zoom attend on the night? You have my email right?

Sadly, an in-person meet seems some time away. I'm wondering if a Zoom meeting would work for a social rather than business meeting - only one person can speak at a time and we always seem to have several threads of conversation going at once. But might be worth a try.

Just found a Torchaholics UK group on FB. Anyone in this?
J

Found a Torchaholics but doesn't say anything about it being UK. 300+ members and formed 3 months ago?

Jay, I commented on your collection on Torchaholics FB.

I couldn't find a UK moniker either!
J

Nyctophiliac said:
Jay, I commented on your collection on Torchaholics FB.

I couldn't find a UK moniker either!
Click to expand...

You did? What name are you using?

Jay R said:
You did? What name are you using?
Click to expand...

I'll send you a pm about it, but I'd prefer not to post it here.

Everybody on that group seems to have some very 'Bling' lights, hardly feel like I am a worthy member with my worn out and scuffed lights.

Still, nice to take part in a forum that has some regular postings.
J

Lee, never feel ashamed of having lights you actually use.
J

Tofty, I find that on the O-pen, when I retract it, if I let the spring snap it back to retracted, it pulls the ink away from the nib when it clunk's against the stop and it won't start easily next time I go to use. If I retract it slowly, it works fine. This is on the Schmidt refill I got. Is this common? I guess it won't happen on the pressurised 'space' refill. I'll have to try.

I'm not too surprised to be honest. That's the problem with a bolt mechanism; it's potentially more jarring to the refill than other mechanisms. It's also not helped by the fact that the Schmidt refill is a rollerball rather than a ballpoint and therefore has a more free flowing ink. The solution would be to move to a ballpoint refill and/or change the spring to one that's slightly less aggressive.

For those that are unaware; rollerball pens use water-based inks (similar to fountain pen inks), which generally have a lower viscosity than the oil-based ballpoint pens. This makes for a smoother and more pleasurable writing experience. The downside is that they usually require a cap when not in use, to prevent the ink from drying out. They're also less versatile, as the O-pen use case demonstrates.
The Schmidt 8126 refills and their mini variants are described as capless rollerballs, so the ink won't dry out when exposed for long periods of time. I'm not exactly sure what the differences are in terms of the ink formulation to a more traditional rollerball refill, but it still flows smoothly, so is likely to be less viscous and more affected by acceleration than ballpoints.
Gel inks are something of an in between option, but I'm not sure if they wouldn't also suffer from the jarring of the bolt action.

Here is an interesting comparison of the various inks:
https://www.therefillguide.com/ballpoint-vs-gel-vs-rollerball/
J

Thanks for that Tofty. I always thought rollerballs were the same as ballpoint.

8 years ago today we went to Brokklands and met Lee's great grandfather. 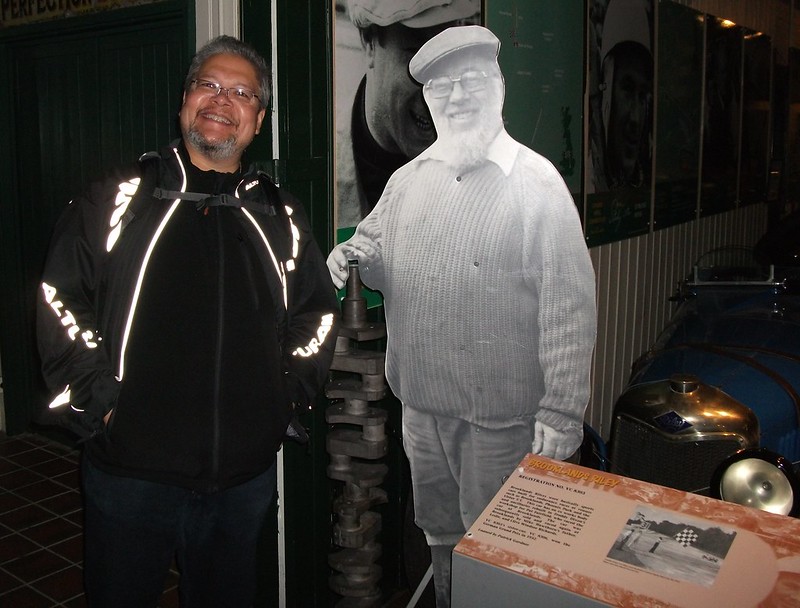 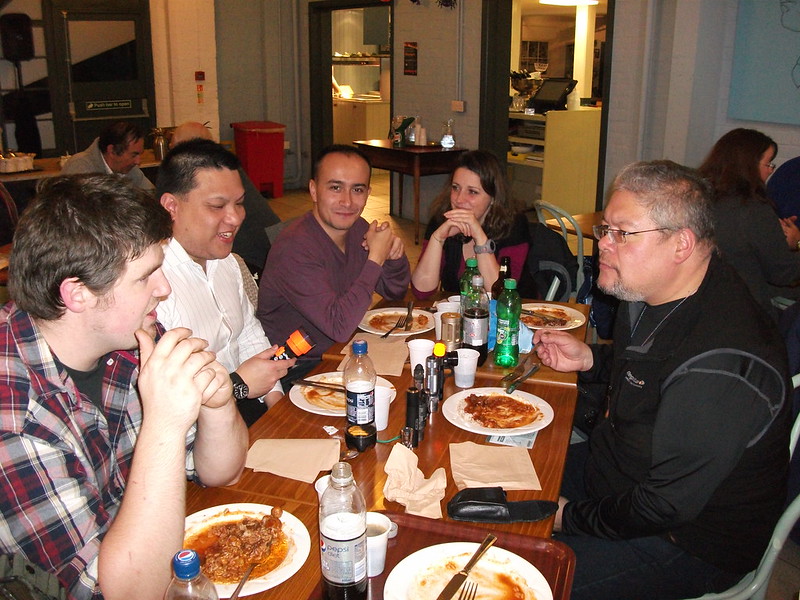