darkest place you have ever been?

me it was paulding county ga. how about you

I was about 16 years old and we spent a few weeks camping as a family in and around Virginia. We took a commercial tour of Luray Caverns, and during the tour the guide turned off all of the lights to introduce us to true "Cave Like Darkness" I literally could not see my hand in front of my face! 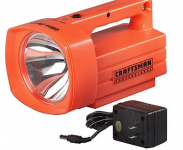 Years later I found one on the shelf, and I bought it. Eventually the battery wouldn't hold a charge anymore and I tossed it. It used a sealed lead acid battery. I don't know why I didn't just replace it. Perhaps I didn't know that they were available.

Depends on the "darkness" you want; my mind or Washington DC or pre 1980 KY where my grandparents lived.

Didn't get "on the grid" til 1980. Couple of well off families in the "holler" had generators for occasional use. So dark you could not see your hand touching your nose on moonless night. A full moon looked like street lighting. When they got a TV it took almost 1/2 mile of wire to get the antenna to the top of the ridge for a signal. Never did get indoor plumbing. Loved that place

I spent a lot of time in darkrooms. No flashlights allowed!

Paranoral investigation in an old mine.
R

Flip a coin. Howe Caverns as a kid or the middle of the Iraqi desert. No artificial light for miles and miles...

Ghost hunting in an old asylum and a tour of our local dam. Absolutely pitch dark.

Now don’t be having us worry about you my friend 😁

Buffalo Junction Virginia where on a moonless clear night in January the stars caused you to squint.
Walking around on a full moon night required a baseball cap brim pulled down some as the moon was so bright you'd think "holy crap, does that thing have a dimmer, please?" 😎

Deep in Mammoth Cave when the guide switched off his torch for a minute.

In Penn's Cave when they shut off all the lights.

Descending into an underground area of a municipal building where power was temporarily unavailable. As we walked down a ramp it got darker and darker until it was so completely pitch black that I started to feel disoriented and mildly ill. I didn't have a light on me at the time because I had no idea beforehand that the power would be shut down. These days it would've been no issue with my EDC.

Boundary Waters Canoe Area Wilderness on an overcast night, in the woods.

On a farm access dirt road about 30 klicks from my home city, while coming back from a bike trip with my uncle at around 6 or 7 PM, back in 2012. Moonless night (the moon was out during the day) but skies were clear, so starlight gave me decent vision of shapes and such after adapting, so I would only trip on a snake if I actually tried or got too distracted shooting the breeze with uncle. Had no flashlight with me, and even if I did I wouldn't have used it. Having only the dim light of the universe made me feel far too zen to desire an artificial light source.

Jean-Luc Descarte said:
starlight gave me decent vision of shapes and such after adapting, so I would only trip on a snake if I actually tried or got too distracted shooting the breeze with uncle. Had no flashlight with me, and even if I did I wouldn't have used it. Having only the dim light of the universe made me feel far too zen to desire an artificial light source.
Click to expand...

I learned to appreciate my night vision both romping around at night as a kid and on camping trips. Under a surprising range of conditions it's possible to navigate over clear terrain with ease and you can see more, further without a light source to snap shut the rods and largely reduce you vision down to the cones around the fovea. That broad yet general awareness of everything around you is a satisfying sensation that does indeed feed into a sense of connection.
Share:
Facebook Twitter Reddit Pinterest Tumblr WhatsApp Email Share Link

R
Free Lights, what have you been given?
2

B
Have you ever found a flashlight?
2 3

Have you ever forgot what all lights that you do have?
2