New member here - have been enjoying the forums.

I'm trying to find some alkaline 6 volt lantern batteries that use F cells. I can't find one on Energizer's web site. Does anyone know if they have discontinued production? I've also not seen as many of them around as I have Duracell.

Does anyone know product numbers that would reveal which ones have the F cells?

Model 529 maybe the one you are looking for. One of the reviewers (bill in NC) at amazon.com says that this 6v 529 alkaline battery contains F cells. Homedepot has them but the model is 529-TP1. Have no idea if their the same. Amazon does have them. Lots of other places if you use the 529 in the search. Batteryprice.com has a EN529 that says it contains four 3-361 cells.

Run across another pdf stating the 528 also contained the 3-361 cell.
According to what I read the US version has F cells. The canadian edition contains D cells.
Last edited: Nov 25, 2012
Y

Energizer 6 volt square lantern batteries (spring terminal) are numbers 529-4D and 529-4F. I've seen the batteries in stores but haven't looked to see which they were.

EDIT: In the past I've seen the two versions side by side in stores selling for the same price.
Last edited: Nov 25, 2012
R

Thanks for the info. I'm going to take a look at the Home Depot here and see if they have it in stock.

The only 6V lantern battery I know of that still uses F cells is Ray-o-Vac model 808.

I tried looking up "F Cell" on wikipedia and it took me to an article about a mercedes.

The ones with the screw in terminals are almost impossible to find now and when you do they are pricey. I have some Energizer alkaline spring terminal batteries from awhile back, one is only a couple years old (not sure how long it sat at the store) and they were using F cells at the time. I think one is well over 15 years old and still works. Ray-o-vac were actually using the D cells in their cheaper alkaline spring terminal batteries at the time. I always remember them being about half the price of the Energizer and Duracells. I'm surprised Ray-o-vac has a model that has F cells still.
Last edited: Aug 16, 2022
X

Since F cell alkaline 6V are being phased out, it is probably better to get a 4D cell to 6V adapter and use D cells: 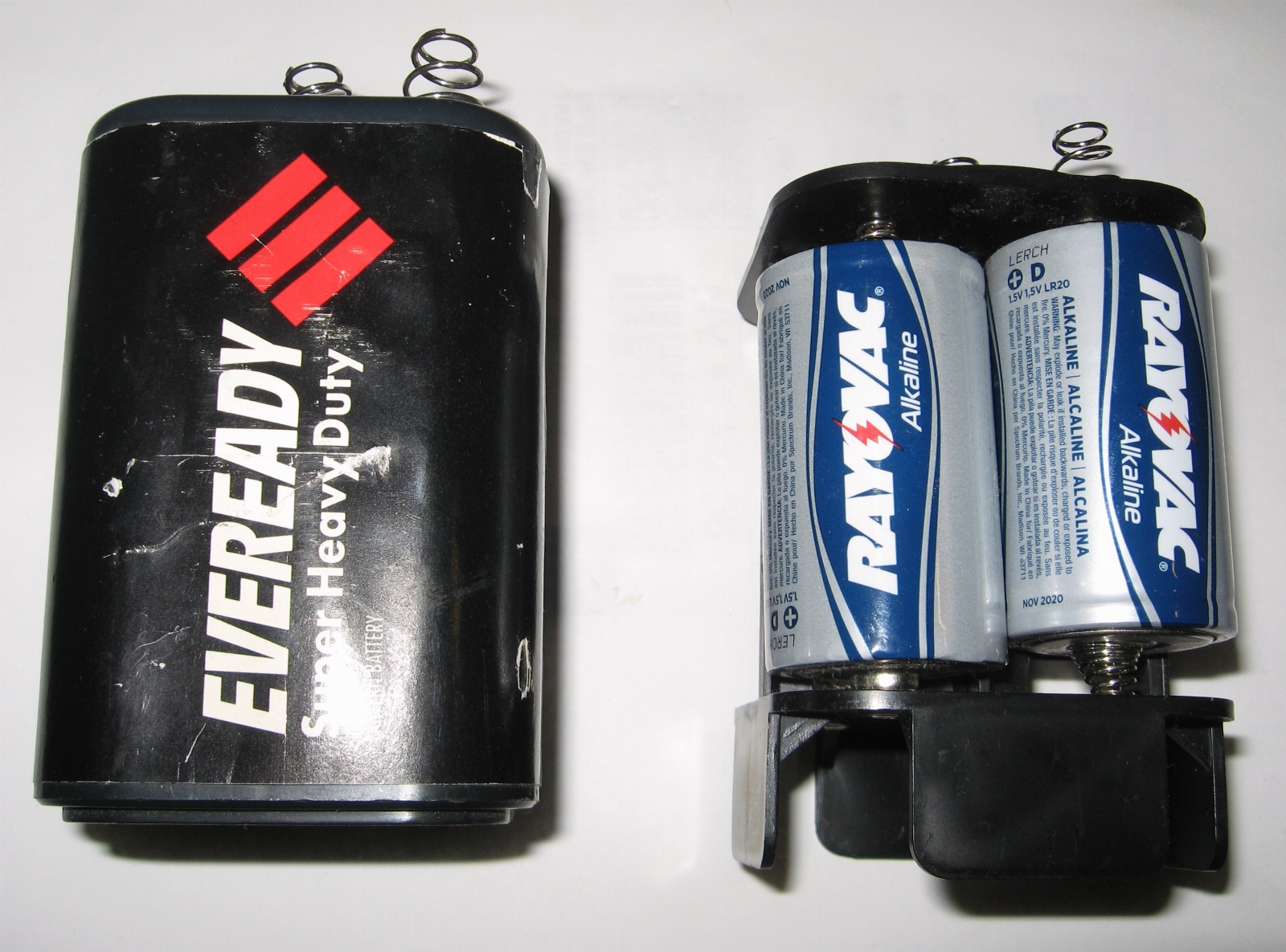 I've seen those, thanks for the reminder! I have an Energizer industrial lantern light I bought at Big Lots a very long time ago that is an incredible thrower. I have a PR based (4D) 6 volt Maglite magnumstar in it.
X

I still have a few 6V lanterns, though the only one that gets regular use is one of these: 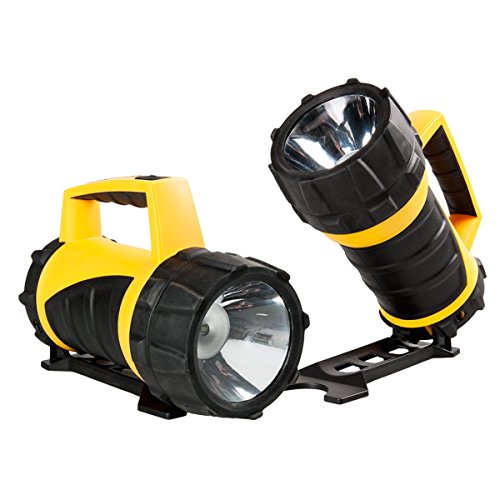 It's a Rayovac industrial grade 110 lumen LED that's built like a tank....it actually came with one of those adapters. I bought a couple more adapters from Dorcy, but it seems that neither Rayovac or Dorcy still make them.

Never got into the cheap LED lanterns, I never saw the point. I always have been an incan dude and really liked the big reflectors for the throw as well.
D

I never have reason to buy 6v batteries but have recovered several partially-good from recycle and run them down completely before (re-)recycle. D cells with cell adapters (as shown above) get used in the few lanterns which take 6v battery.

I have opened up several 6v batteries, often found cases where 1-2 of 4 cells are bad, others still good. Series connection renders the whole battery weak. May be partly due to sitting around for a long time. Good cells get used independently.

Surprisingly one house-brand ("Likewise") 6v battery from Canadian Tire indicates on its case 4LR25 (F-cells), which I confirmed.

Zinc-carbon 6v tend to use full-size cells, likely to partially compensate for lower capacity than alkalines.

Most use plain flat top cells with spot welded tabs. Some of the duracells have actual wrapped duracell D cells that are not welded inside.
D

Some use spring metal strips for contact, mounted on a piece of fiberboard; no tab welding. Cells come out easier.

PhotonWrangler said:
I tried looking up "F Cell" on wikipedia and it took me to an article about a mercedes.
Click to expand...

This one is pretty decent.

Dave_H said:
This one is pretty decent.

I could use the Mercedes and some F cell lantern batteries. So I'm glad we're all in agreement.
X

Dave_H said:
Some use spring metal strips for contact, mounted on a piece of fiberboard; no tab welding. Cells come out easier.

duracells are like that, in a pinch you can "reload" them with fresh D cells.

Nov 9, 2002
Stefan
S
T
How would you make a rechargeable 6 volt lantern battery?