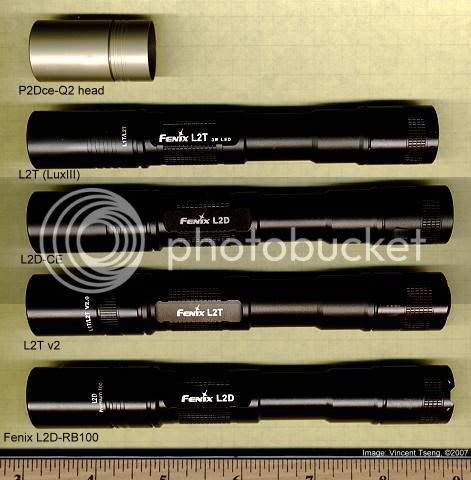 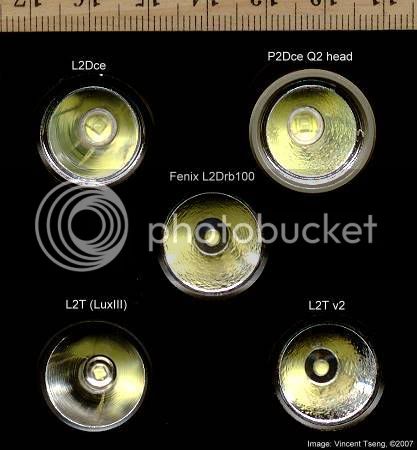 note: the Rebel editions all have a flat mirror surround - they come out black in these images.

vs. Fenix L2D-CE both on NiMH and Turbo 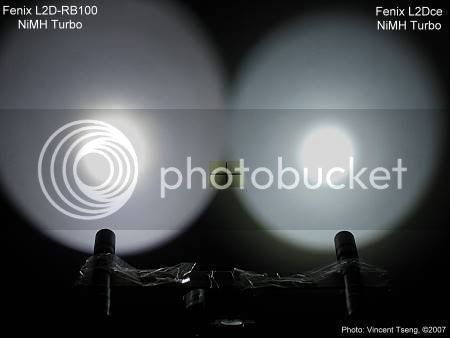 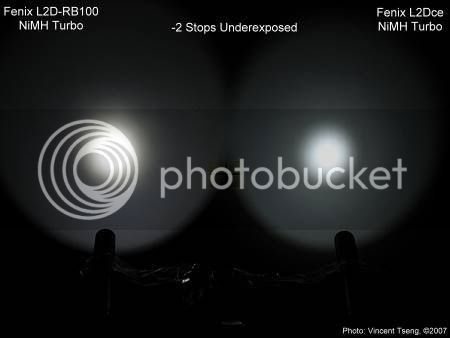 seems real close, but the RB100 has a larger overall beam circle so it is probably brighter in total output lumens.
I like both tints - perhaps with a slight preference for the Rebel. The RB100 has a much smoother beam - the CE betrays its notorious dark halo (this CE is an older version with smooth reflector). 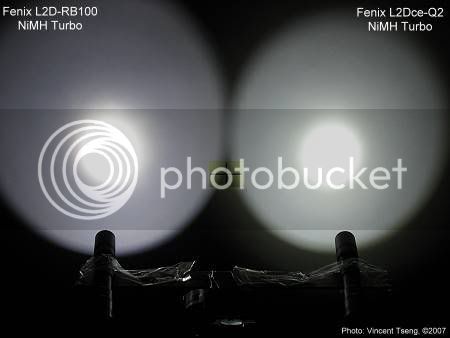 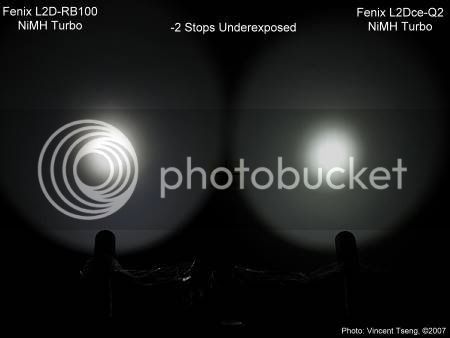 the CE Q2 looks slightly brighter, but again the RB100 has a wider/larger beam circle - so the total output lumens may actually be closer.
Again I liked both tints - I might just lean toward the Q2. Again the RB100 has the smoother beam - the Cree Q2 still slightly betrays its dark halo despite the fact it uses an orange peel reflector in a attempt to reduce this effect. However in practical usage this is a non-issue - but I actually re-focus the P2DceQ2 for my own use to get a very nice and smooth beam with no dark halo that I can see.

vs. original Fenix L2T (Luxeon III) both on NiMH and max output - 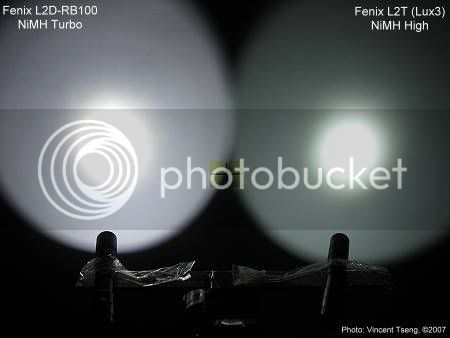 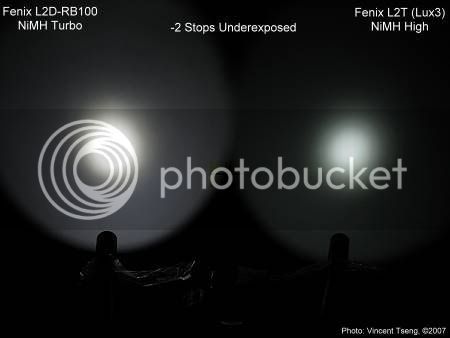 this shows the advanacement of LEDs - the Luxeon III was one of the leading high output LEDs not that long ago - the Rebel edition easily outshines it now....... The one thing still going for the Luxeon was its binning and selectable tints, as well as the long experience in reflector design. This original L2T (LuxIII) has a pretty nice tint - but I sway between the Rebel and this Lux for tint prefence - despite the fact they are pretty different. Beam smoothness? - ah, the Rebel is actually an improvement over the Luxeon - even though (or maybe because) it has a the flat mirror surround. The luxeon almost looks like it has a dark halo (this is an optical illusion probably because of the large tranisiton between the bright hotspot to the dimmer corona/side-spill... or it is? :nana 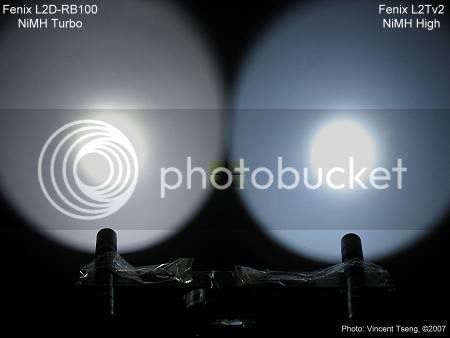 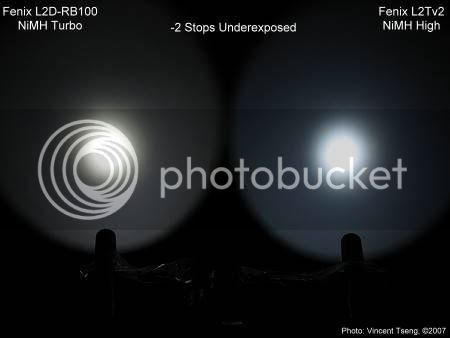 The L2T v2.0 uses a Rebel 80 - so should be dimmer - but my beamshots seem to show it much closer. The bluer tint of the Rebel tends to make the beam look brighter - but in reality the Rebel 100 may well be just a bit brighter - not enough to make much practical difference - but there is a barely detectable difference to my eyes.

Fenix keeps bringing out better and better flashlights - I seem these days to be reviewing almost exclusively Fenix lights - that's an indication of how impressed I am with them, and not of any finanical affiliation/association with Fenix-Store.com.
Last edited: Nov 23, 2007
L

Hi Vincent, nice to see you makings reviews again. You've been gone for a while?
Thanks for the great review.
U

Lobo said:
Hi Vincent, nice to see you makings reviews again. You've been gone for a while?
Thanks for the great review.
Click to expand...


Thanks for the kind and friendly words -