I've grown somewhat selective in what I agree to review. Like so many "old timers" here, I have figured out what I like and not much catches my attention. Don't mean to sound snobby – not at all – just 64 years young and set in my ways. And my reviews are purely from an everyman's perspective – I don't have any precision measurement devices to provide scientific test results.

But when Fenix offers the chance for a review, I usually take a look. As you all know, Fenix is one of the older brands out there, and one of the early Asian brands. Heck, I remember when I first got into this crazy hobby in 2009, Fenix was one of the first brands I saw advertised. Alas, I digress.

For your consideration today is the Fenix PD36R. Interesting to me because of the small size – about the size of a Surefire 6P or many mainstream 18650 lights, but equipped with a (included) 5000 mAh 21700 battery, and rechargeable via a USB-C port directly on the light. Granted, on light charging is nothing new, but many use mini-USB as opposed to the USB-C.

(These are Fenix specs – on the box it states, "The above specifications are the test results given by Fenix through its laboratory testing using the Fenix ARB-L21 5000 21700 rechargeable lithium-ion battery under the temperature of 21+/-3° C and humidity of 50-80%. The true performance of this product may vary according to different working environments and the actual batteries used.")

I used to like to test with my homemade sphere, but I'm over that. Modern lights these days are "plenty" bright, and this Fenix is no exception. I remember the days – setting up elaborate beam shot photos to compare different lights. Many of those lights topped out at 150 lumens, and this thing puts that out on low (and it looks like it's actually that bright), and may run for a day at that level. 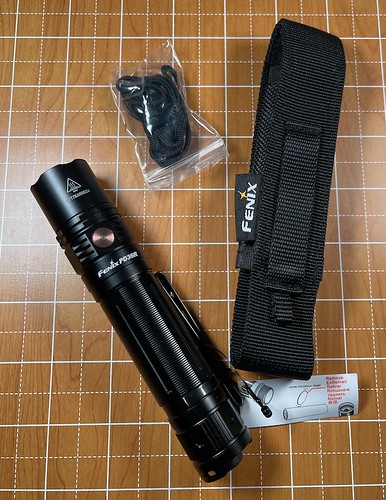 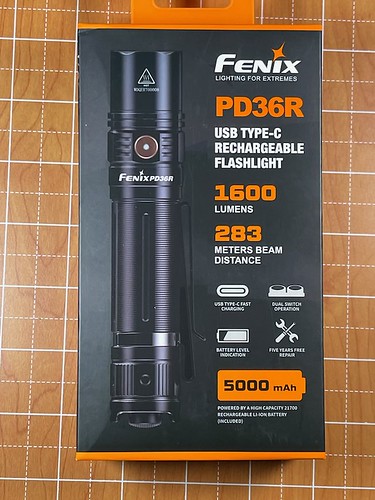 It's an attractive light. Has a nice, hefty (5.7 ounces), solid feel in the hand. The head unscrews to remove the battery, and the threads are nice and smooth. 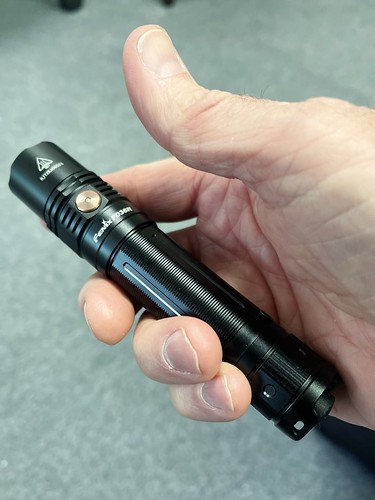 I like the light's interface. It's a very functional setup. You activate on / off with the back tail switch. It's a forward click, and it does have momentary. The side switch changes the levels and activates the strobe. Press and release cycles the levels. Press and hold to activate the strobe. The light does have memory, and always comes on at the last used level. 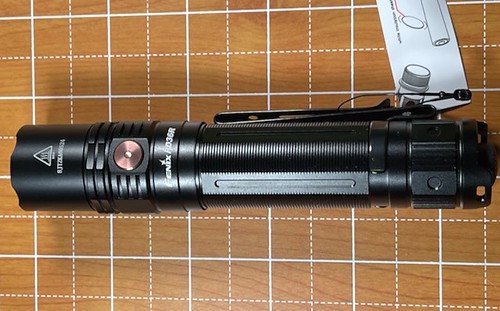 In the center of the mode button is an LED that indicates charging (red) as well as the level of charge.

Fenix indicates that the charge level indicator only works with the model battery that is included.

It's difficult to tail stand, as the button extends beyond the tail shroud. I'm not a fan of clips (YMMV) and thankfully, the clip is removable (and reversible.) Already mentioned is the USB-C charging port that is located within the head assembly. While the battery had a charge upon receipt, it took over 4 hours for a full charge. Handy to have that port, but an outboard charger would get the job done faster. 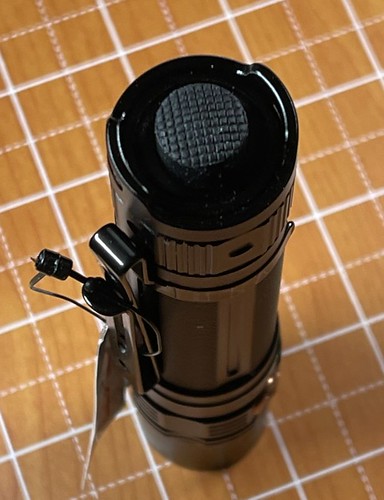 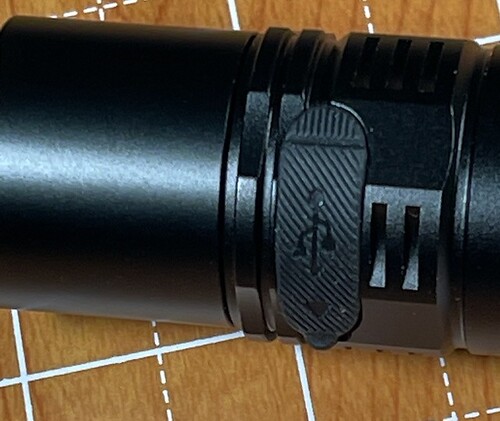 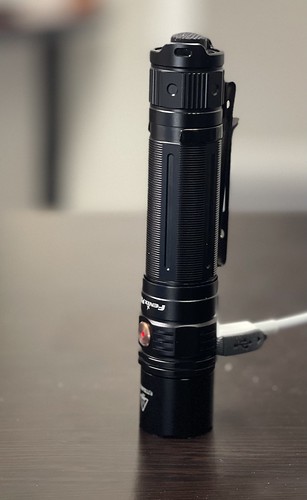 How is it in use? While I'll often unbox a light and review after putting it through its paces for a few minutes, I actually used this one for a week before writing. While I don't think the size is EDC friendly for me, I did enjoy carrying and using it for casual use around the house. It feels solid and fits my big hands nicely. Activating and finding the controls are easy, even in the dark, as the side button lights up when you turn the light on.

The tint is what I call, "typical Fenix." Here you see it (left) compared to a Nichia 219B R9080 SW40, 4000k (right). It's cool with that typical Fenix slightly greenish tint. Granted, this light is intended for duty or search, and they obviously are more interested in output than high CRI.

My handy Light Spectrum Pro app averaged around 6000k against an off-white wall….light meter app measured just over 1500 lumens from 1 foot bounced against the same wall.

This shed is about 75 feet from where I took the photo. No manipulation of the photo – just locked the exposure with my iPhone 12 Pro Max and took this shot. It was pitch dark, other than the light pollution from the house windows, and it lit up the backyard and the shed nicely. 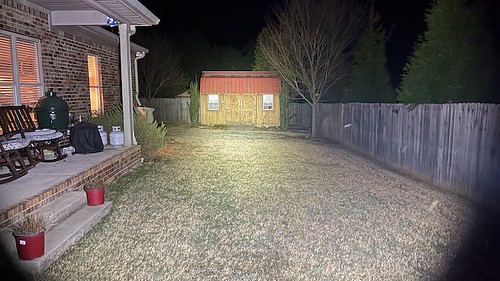 Bottom line? In my humble opinion, you could do a lot worse for $100. It's a lot of light for the money, and it is very usable. I'm not a law enforcement officer, but if I were, I could see carrying this light. Maybe one of our awesome LEOs will chime in.

You can purchase this light today at Fenix-Store.com.

I recently purchased a pair of these lights. As a retired LEO, I can say these would have worked great for a patrol light.

This has been my EDC for awhile. It goes everywhere with me at work as I frequently run into dimly lit or even pitch black areas, some of them cavernous. It's kept me from tripping or crashing into things on numerous occasions. My EDC before this was a Fenix PD35, another great light.