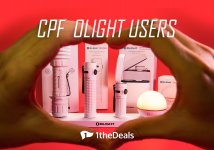 5th Anniversary Commemorative Coin will be available in under 6hrs from this post at Olightstore.com. 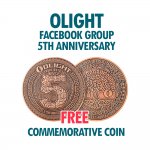 Remember to receive your key code from https://www.facebook.com/groups/Olight(link is external)

Use #O5thAnniversary for your purchase.
W

freeme said:
Use #O5thAnniversary for your purchase.
Click to expand...

Thanks but I was to late sold out 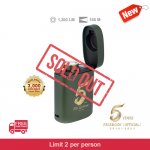 whill44 said:
Thanks but I was to late sold out
Click to expand...

What about the coin? It is quite worth since Olight is giving free shipping for it. Wish i could get a few more. XD

Ben's Bargain Center it is in Louisville Kentucky. Items up to 40% off

You might want to check out their store if you happen to pass by that area. According to members, they don't sell their stocks online. 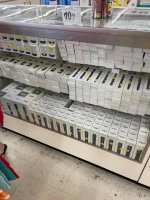 If No online sales then why so much inventory, expected that many store walk-in customers after Olight?

knucklegary said:
If No online sales then why so much inventory, expected that many store walk-in customers after Olight?
Click to expand...

Probably too troublesome for them? You can ask them direct.
facebook.com/BensBargainCenter/ 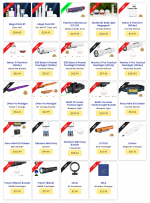 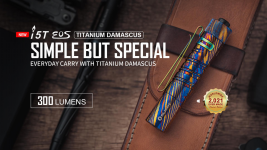 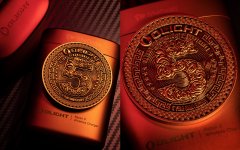 Perhaps it's a difference in culture, but I notice that Chinese seem to love gold colored objects and tacky designs especially for anniversaries. Fenix is the same, 'Limited Edition Fenix 15th Anniversary Flashlight' and fireworks anyone?

I personally think this whole coin thing design looks very cheap, and honestly wonder why anyone would want such an item. I just don't see the point or the practicality of such an object either.

Sorry if this sounds too negative, hopefully it will be taken as constructive criticism.

I guess Surefire has also been guilty being tacky too, with that god-awful '30th Anniversary Backup'. Some resellers still can't get rid of their stock even over 10 years later. lol

I am not what exact material is it made off but OCoin has the color and weight of a copper in person.

You are probably right about the practicality of such commemorative coin. I wasn't interested into coin collection until I received my very first pair. 😅 Quality of these OCoins are pretty well-made. Best of all, you do not have to pay anything for them. 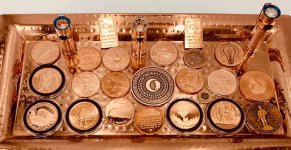 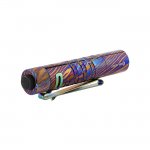 The i5T EOS Titanium Damascus is a tail switch EDC flashlight powered by a single AA battery with an amazing max output of 300 lumens. It features a double helix body knurling for an attractive appearance, unique style, excellent ventilation, and solid grip. It is equipped with a high-performance LED paired with a PMMA optic lens producing a soft and balanced beam for comfortable use. It also features a dual direction pocket clip for multiple carrying options such as a pocket, backpack strap, or hat brim as a headlamp in seconds for a hands-free experience, making the flashlight incredibly convenient to take with you everywhere. - OlightWorld 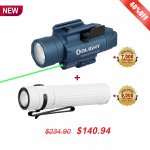 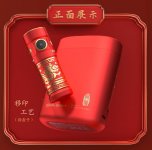 Need sometime to get use to new forum layout and function.