I am in for an EDC light

I'd call him Shadow.
K

Hey, thanks bunch scwood, will keep an eye out.
Think this 2nd win makes me the alternate win leader.
T

Decided to go ahead and include them all. Don't know how many alternates we might need.

jpil, you have first pick. Please post your choice here in the thread, and PM me with your name/shipping address.

Just a reminder, only one light is available for international shipping. So if jpil gives me an address in Greece (as I expect he will), SuLyMaN gets skipped this time.
Last edited: Jun 5, 2015
S

Location
Light years away from you!

Hah. I'm international so I don't win I guess. Got excited for nothing Thanks for the giveaway though ;-)
R

My impressions of the Toxic Green Preon P2.

Firstly, the light looks awesome. Nice and thin, good feel on the clicky and GREEN! In comparison to the P1 version, Foursevens have decided to increase the brightness on modes rather than the run time. This is pretty good, though a little annoying on the low mode as it's pretty much the same brightness without any gains in battery life. There's no moonlight so maybe don't use it in a cinema or when you don't want to wake your partner, but it's quite good for a general low mode to be used when it's actually dark and you need to see. Current draw at the tail cap is about L: 60 mA, M: 250 mA and H: 850 mA from 2x Ni-MH. The beam is pretty clean with a nice cool white tint. It has PWM, but it's pretty good - not noticeable in usage and it doesn't mess with my phone's camera. The hot spot is pretty nice and floody due to the reflector, making it great for the up close tasks you'd expect.

There's no memory, which I like. It starts off in low and you just increase it with half-taps, so you'll know what's about to come out of the light.

It gets warm on high after a short while. By 5 minutes it was at ~40 degrees C. By 10 minutes the head had reached 45 degrees C. The body takes some of this heat and had approached 35 degrees C here. It was just sitting on the couch here. Quite warm to hold but not painful for anything. I'm sure holding it during actual use would heat sink it quite a bit more. By 15 minutes it seems to stay around 45 degrees C. I'd say the long aluminium body is good for heat dissipation. I'd been using it for a while by then, but the brightness dropped (so potentially just due to battery depletion). The batteries were at 1.22V or so when I started the heat test (with a bunch of use beforehand) and were on 1.14V when the brightness dropped. So when the battery is low, high defaults to medium. Once I turned it off, the temperature rapidly drops.

The special modes are fun and decently hidden. I especially like the way it notifies you of which beacon mode you are on (high or low) by flashing an interesting pattern before starting the beacon flashes.

The downside, it feels a little long. The maximum 192 lumens is noticeably brighter than the 100 I get from my shorter E99 Ti, but that doesn't provide a critical difference at a short range (~10 metres). It's not a very noticeable size difference if clipped to the inside of a pocket, and actually feels better to hold in the hand. I feel as though the P1 should borrow the clicky interface. If I didn't want this one to remain pristine, it would be the best light to leave clipped on my lab coat.

If you carry your light in a bag, it would be perfect for the penholder loops. I don't know about durability yet, but one problem I noticed was that after having it on for 1 minute in the heat test, a slight tap on the side turned it off. I turned it back on immediately without problems and I couldn't get it happening again. However, I've had a similar problem in the Atom AL. I'm hoping it's a one off problem (it certainly seems seems like it).

I really like this light. It's a smooth little puncher. Thanks to Doc and FourSevens.


EDIT: On freshly charged batteries it does push it a bit further
EDIT: When clipped to the inside of my front left pants pocket, it turned itself on a few times. This may kill your battery, but it may not do this with you.
Last edited: Jul 5, 2015
J

radiopej, thanks for the review!

Eneloops, if I am correct in thinking you have a domestic address, you are up next.

Eneloops, if I am correct in thinking you have a domestic address, you are up next.
Click to expand...

ronniepudding, you are up next. The Olight i3s is yours if you want it.

Telly, jpil, Eneloops, ronniepudding, your lights are in the mail.
C

Nice job Doc, and Congrats to the winners!

Thanks so much Doc, very generous of you, as always

Congrats to the winners! :thumbsup:

thedoc007 said:
Telly, jpil, Eneloops, ronniepudding, your lights are in the mail.
Click to expand...

Thanks for the update, Doc! You are THE MAN! I'll post up when it arrives. :thanks:
T

Next giveaway is live!

CPF member MoldyOldy has donated an Eagletac SX25L3. (Four standard modes, 3x18650/6xCR123, MT-G2 P0 emitter, 2375 OTF lumens.) He also included a set of three 3400 mAh Eagletac cells, manual, registration card, battery sleeves for use with CR123s, and the original box. It has seen some light use, and anodizing is slightly worn in a few places, but the reflector is spotless, and the light works like new. 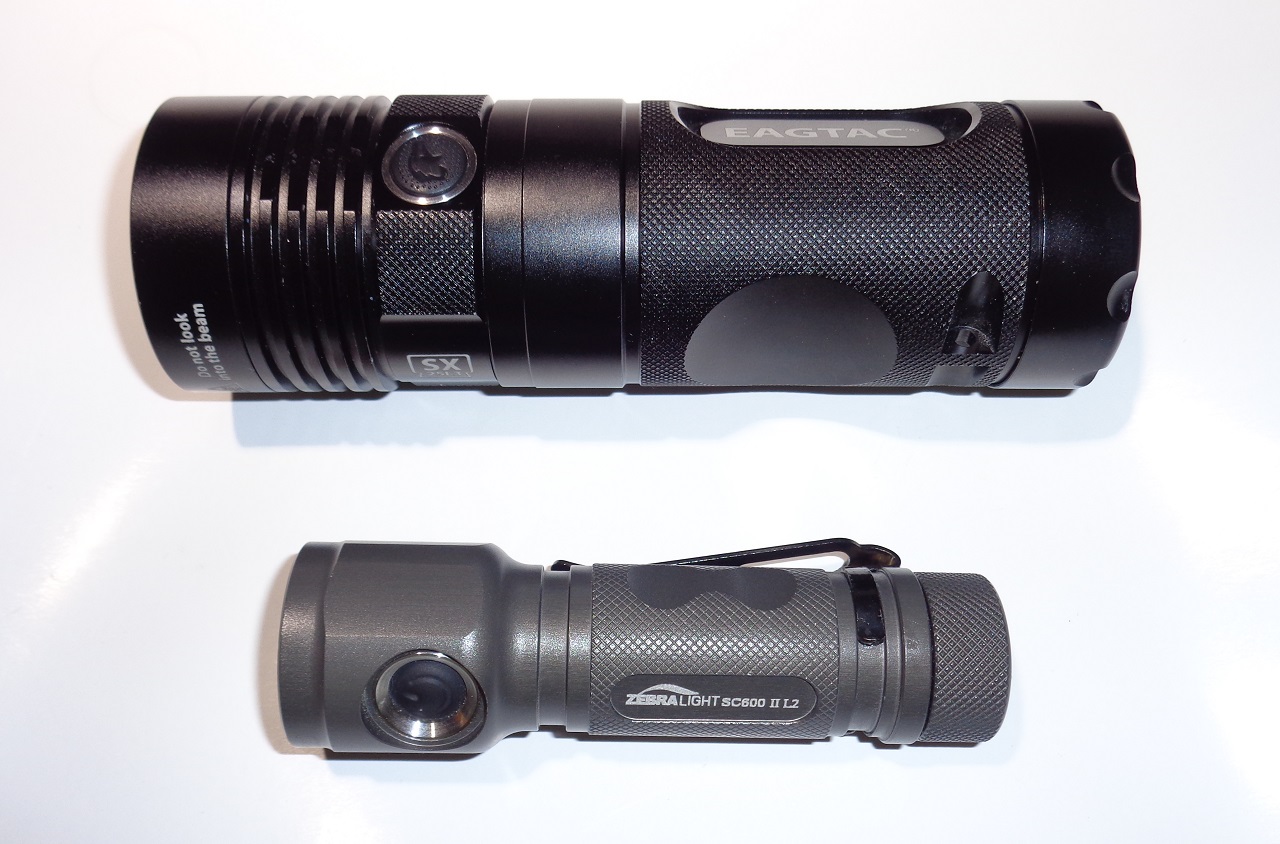 And that beautiful emitter in a lightly textured reflector - gives a very symmetrical and even beam, with no rings or artifacts. 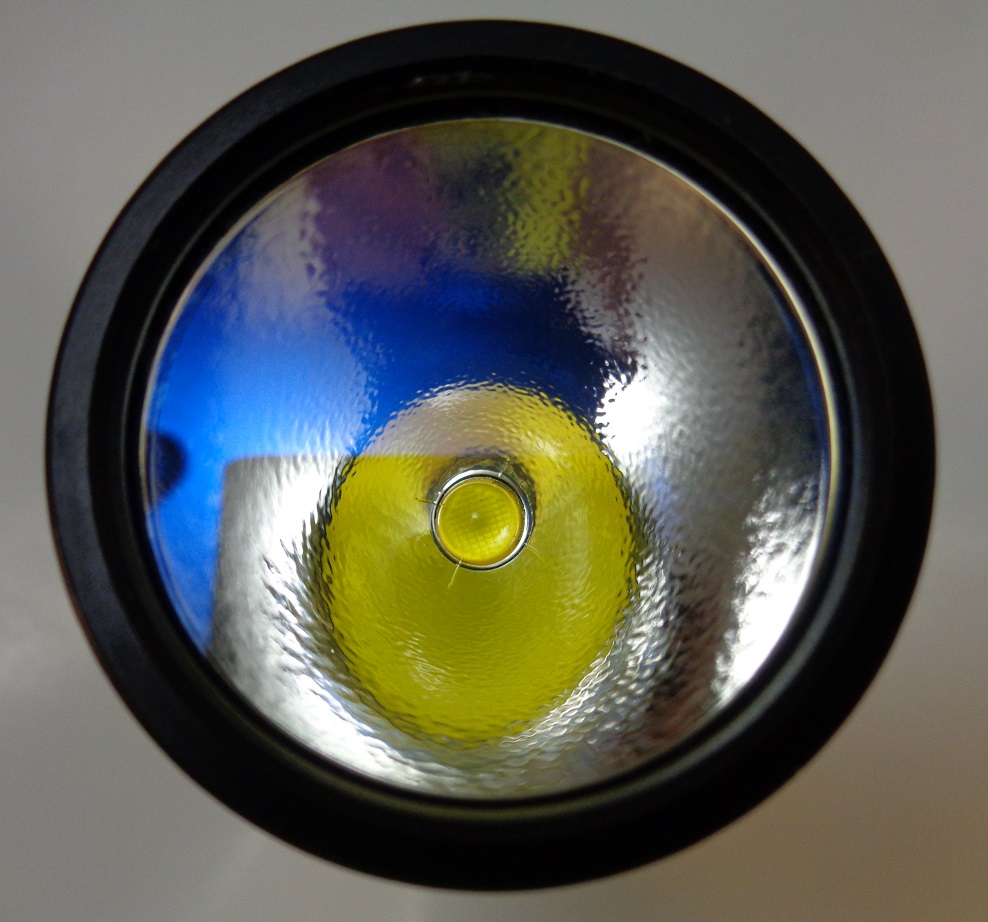 If you ask for this light, you are agreeing to never sell it. If for whatever reason you don't find yourself using it or no longer want it, you must give it away again. Profiting from it is not in the spirit of this thread, nor of MoldyOldy's donation.

This one is available to all, willing to ship internationally.

Post must include "I am in for the Eagletac SX25L3". Please also state your intended use for the light. Will close the drawing and pick a random winner at 1100 EST Thursday, June 11.

Just as a reminder, since new people are finding this thread all the time. If you are new to the thread, or just haven't taken the time yet, please carefully read the first two posts! It will cover the general rules of this thread, and give you an idea of what to expect.

Best of luck, and thanks to MoldyOldy for the generous donation!
R

I'm planning on walking down to the beach nightly for exercise with my girlfriend, because my thesis and lots of junk food have made me round. I currently use a triple Nichia that I received for my birthday for this walk when I do it occasionally and it's great. I just worry about the battery life and I have to recharge it after each walk, so this may be much better. I won't pretend that I'll be stuck in the dark without it, but it would be my first >1000 lumens light which really excites me. I'm 80% sure others will have a better use and be more in need, but I couldn't help throw my hat in the ring.

B
Duplicate thread, me bad

Apr 9, 2022
staticx57
S
D
Looking for users of Manker in general, and the E03H II model in particular