thaugen said:
Going on week 7 of my 5 week sentence for a Rotary 18650…you might be in for a longer haul. But I am confident it’s worth the wait. Happy Thanksgiving HDS fans!
Click to expand...

Anyone have a beamshot of a Seoul P4 HCRI HDS next to a 219B emitter? Thanks in advance. 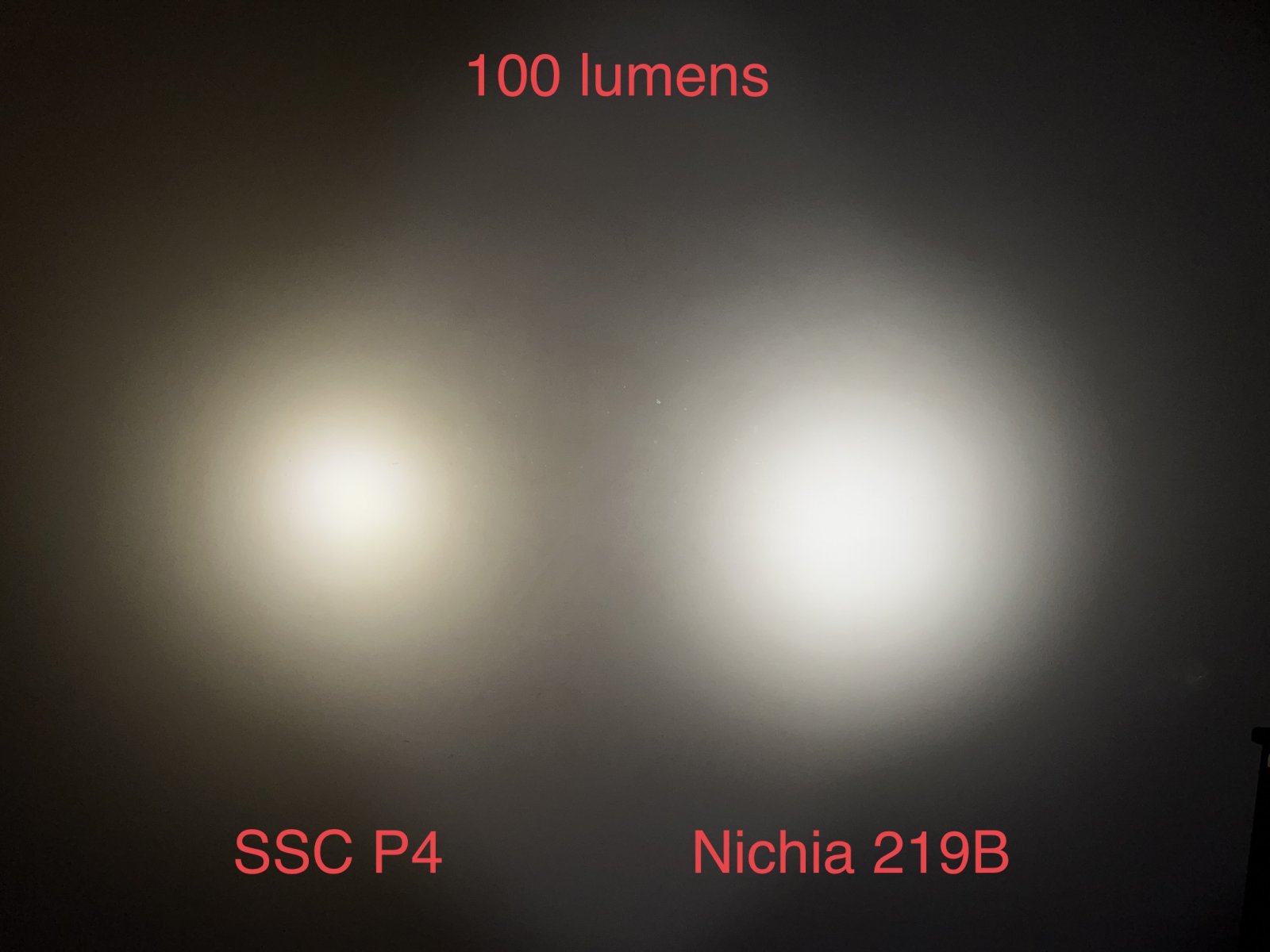 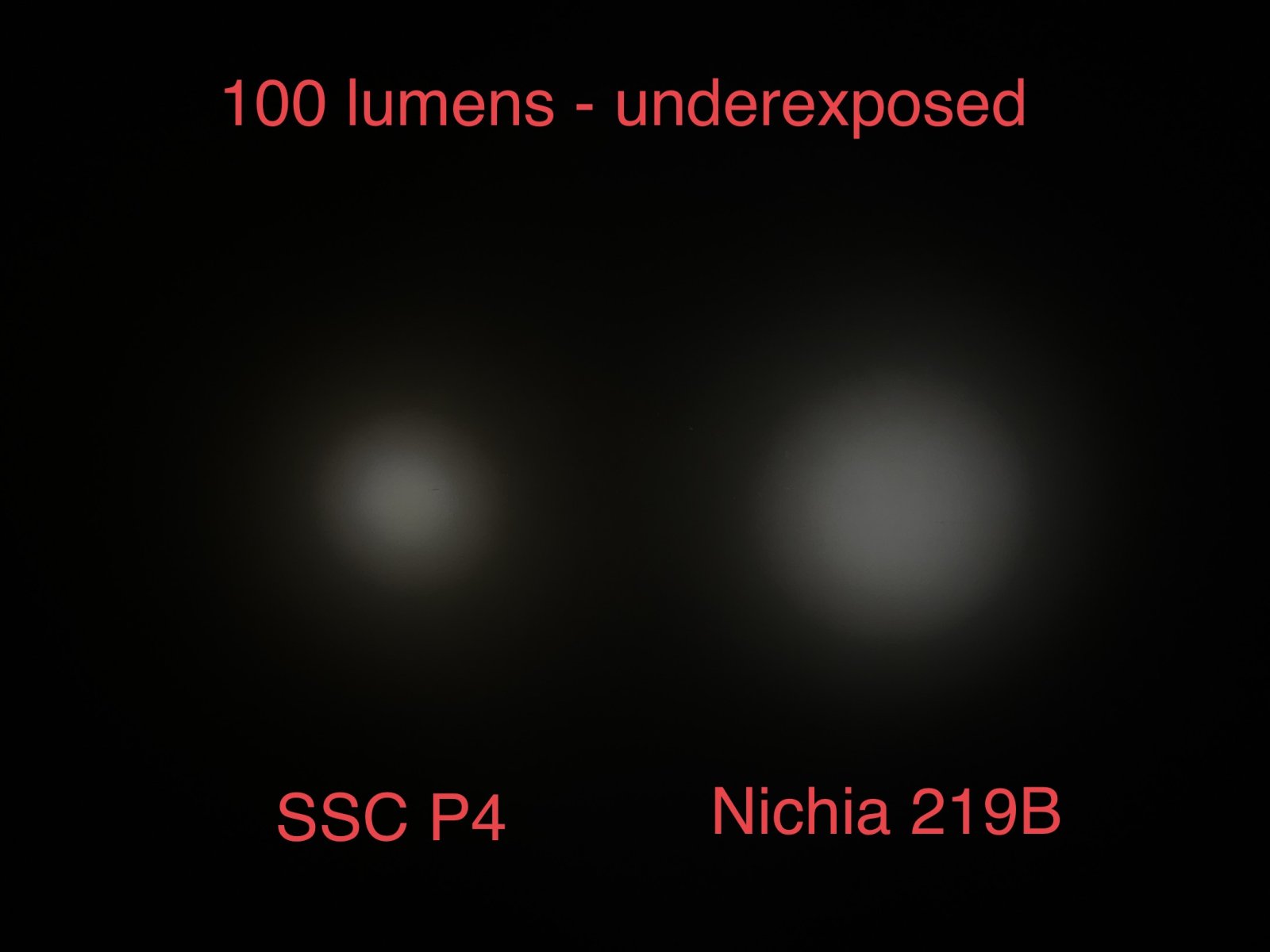 Hoo boy, it seems K&T has started to catch up on prices now too.

Anybody receive any lights yet?

The prices were long untouched since HDS was not able to deliver lights due to parts shortage.
Than HDS increased prices and the exchange of USD - EUR is now somehow 1:1. A year ago it was 1.25USD - 1EUR.

We need to complain @ Mr. Putin

E=mAh² said:
Anybody receive any lights yet?
Click to expand...

“I'm expecting everything that has been ordered will be shipped within 2 weeks. When I say caught up, I mean I can sit and pick my nose at my desk because there is nothing to ship as all orders are out the door.”

Huge fan of HDS lights since 2006. No matter what other lights I've tried over the years, I always
end up with an HDS in my pocket.

That being said, the delays have been around since my introduction to HDS. Go back to old threads and
you will see the same thing. Not knocking Henry, he is a 1 man operation and things happen.
You will eventually receive that light and it's so worth the wait.
E

Nah you got me beat by about a month so i guess i mustn't complain.
T

My order was placed on October 3, 2022. Not worried because Henry always delivers eventually. And yes I am an HDS fan!

thaugen said:
My order was placed on October 3, 2022. Not worried because Henry always delivers eventually. And yes I am an HDS fan!
Click to expand...

So when they quote 5 weeks it's really 15 weeks?
T

Or more, but that is okay with me. Henry’s lights always exceeds my expectations.
E

I absolutely love HDS lights, and tip my hat to Henry for making some of the innovative things he has done contributing to the community and believe me when I say it is certainly appreciated and does not go unnoticed.

That said, I don't think it takes away from the prestige of ownership or detracts from the joy of owning and using HDS products, nor does it imply incompetency on Henry's behalf, when we voice frustrations, and concerns (in a pro-social manor of course). In other words, it's A-OK to both like hds lights as well as the man behind them whilst still being upset with, and not necessarily agreeing with certain ways of running a business. After all, a business is not solely the product and whoever is selling it... You, the consumer is also a vital part of HDS's continuation just as much as Henry and the lights and software are cuz without us there would be maybe a one off deal that would be probably forgotten about in a cpf thread from however long ago but because people seen the vision and more importantly the product that he was selling it enabled him to continue making and innovating.

It seems to be a common theme that comes up whenever wait times and quoted wait times come into the conversation and that is usually a long the lines of "oh I have been waiting x__weeks/months/year(s)?? For my light that I paid for in full but it's ok cuz it's an HDS so it's totally worth it" more or less... And that's fine and dandy if you truly feel that way but do you? Honestly, how many people are saying that cuz they have some subconscious fear that it is committing blasphemy or something even speaking of HDSs name in a negative light.

Look I get it, it wont necessarily change anything if everyone was just bitching about the same thing and that's not what I or anyone wants is the thread polluted with negativity and complaints. But at the same time, I just don't think we should have to pretend that it's all hunky dory especially in such extreme cases where 5 weeks really means 52+ I mean I'm awful at math but that's like a 900% difference and Imho is kinda unacceptable. Again I don't think an all out ***** fest is the answer by any means but is it not too off kilter too think that possibly the reason Henry continues to give arbitrary wait times is at least in part due to the fact that for every one that is vocal about their displeasure of waiting so long, there are 3 or 4 that say how great the wait is cuz the lights are so great so everything is just great...

Yes the lights and company as a whole=awesome. The ridiculous redundant wait time "estimates" are not. And that's ok to say.

So speak for yourselves when you say it's worth the wait. I mean don't get me wrong I love my lights but it's hard to put a value of time on any of them after all they say time is far more valuable than any currency ever could be. Priceless.

The part that may be of interest to you is the availability of a prompt refund at any time. HDS has had the same small batch production issues since before I joined CPF. Yes it can be frustrating. No it's not ideal. Yes it's worth the wait. As an aside, these delays used to occur without the benefit of Hogo's communication. And Henry was far less communicative than Hogo.

Last time I looked nobody put a laser to anybody’s head saying got to buy an HDS. We all know there can be supply issues, reflectors not meeting specs, life events like sickness and death. There is a line at Walmart for that kind of bloviated attitude, not here on candlepowerforums.
You must log in or register to reply here.
Share:
Facebook Twitter Reddit Pinterest Tumblr WhatsApp Email Share Link