How to carry your flashlight and battery outdoors?

If you’re going hiking, camping, and exploring in the dark, it will need to carry some reliable flashlights also backup batteries. All together with your other outdoor gears, how do you often carry the flashlights and batteries?

Welcome to share more of your carrying options.
Last edited by a moderator: Jul 10, 2021
R

All of my electronics go into my "valuables" bag, along with my wallet.
Inside are a 10,000mAh power bank, Inreach Mini, a short USB-C and micro cable, camera batteries if the P&S camera is along, and AA headlamp with an Eneloop Pro. There's usually a AA flashlight, too, that acts as a spare battery carrier in case the headlamp should ever fail, though I may carry whatever new or favorite light, instead.
A lithium AA battery also lives in my emergency/first aid kit.
Whether backpacking or dayhiking, the valuables bag and first aid kit are always in my pack.

For longer trips where bulk and weight become paramount, I may ditch the AA lights for a USB rechargeable headlamp and a keychain light, since I'll be carrying an extra power bank for my phone(which also replaces the camera, so no need for spare batteries).
Lights aren't nearly as big a deal as people on here like to fantasize(on knife forums it's knives, gun forums it's guns, flashlight forums it's flashlights that their "lives depend on"). I've spent ~400 nights in the woods in the 9yrs a Zebralight H52Fw has been my backpacking light, and have never once needed a spare battery, even when hiking for 10 days.

By the way, I like these threads too XTAR. Thanks.

If it's already dark out I usually use a headlamp as my primary light. For handheld lights I'm 50/50 on the wrist straps as sometimes they get in the way but the rechargeable options (18650 or AA) are great.

For daylight activities my light and spare batteries (in a plastic battery holder or tube) stay in my pack.

I have a waxed canvas shoulder bag that consists of two clipped together pouches that I use as my backcountry ditty bag. My headlamp and flashlight and their spare batteries go in it. While on the move, the ditty bag goes in the outside pocket of my pack, and the headlamp goes on my head if it’s dark. The flashlight goes in a small pocket on my pack waistbelt to keep it close at hand. 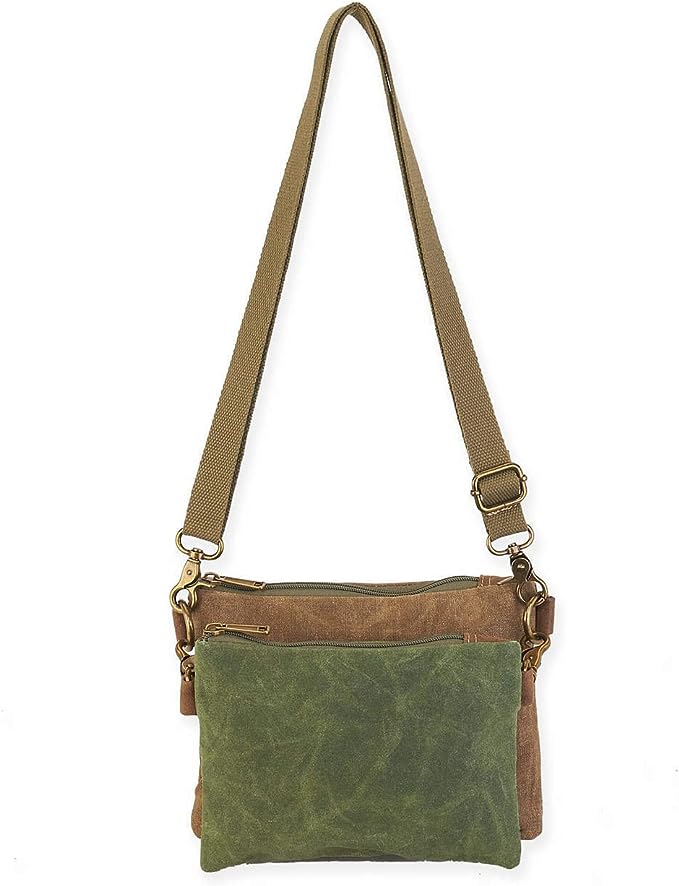 Obviously, I’m not an ultralight fanatic. If I were, I’d probably just carry the HM23 and no spare battery, because the HM23 has better color rendition than the E12 v2.0.

I would never use rechargeable batteries in a light that doesn’t get used every single day, because of the high rate of self-discharge. Although the E12 v2.0 is my EDC light, that means I carry it every day, not that I use it every day. I’m not an LEO or security guard, and I don’t need a flashlight at work very much. If my flashlight doesn’t come out of my handbag for two months, I can be sure it still has more or less 100% capacity remaining. That would not be the case with rechargeables.
Last edited: Jul 4, 2021
T

Totally agree...I'm sure you'll now get a lot of replies trying to justify rechargeables...If my wife had listened to me about putting lithium AA primaries in her glove box flashlight, I wouldn't have had to chunk it when the alkaleaks wouldn't come out of it in June (Texas Heat).

Like many here I subscribe to the, “two is one and one is none”, philosophy. For my EDC, my battery carrier is a second 18650 powered flashlight. No fumbling around making a battery change or waiting for a battery to charge. This also means not having to carry charging equipment. For long trips, I switch to AA primary flashlights. Same thing, only with easily available AA cells.
F

I carry my headlamp on my head. I carry a flashlight with the same battery type on my belt. I carry my spare batteries...in another flashlight. That way I have a flashlight to loan or I can remove the battery to power my preferred flashlight/headlamp.

But I'm never out long enough to run my initial batteries down all the way.

I wear a beanie on my head and have a headlamp with a strap attached to that during winter.

If it's raining and I'm walking near a road, I wear an XTAR RC2-200 in my rear pants pocket with the red LED selected, and I carry a thrower in my jacket pocket in case the headlamp doesn't reach far enough and I want to see further away.

How to pick the right battery charger

When and how a 18650 li-ion battery will eventually die?

Is Your Battery Charging Method Safe?

XTAR new flashlight D26 1600, which perfect partner for your diving and fishing!!