High school football tonight so no Glock or blade. But I had my 6p, e1e and my NEW Solitaire. Lol. If runtime were better, I'd love that thing!

I'm going to do this again later in the fall... not another thread, but a week of carrying nothing but incans.

A time when the weather is cooler and days are shorter. I ended up only using my Solitaire at times. After work I'd flop on the sofa by 6pm, wake up at about 8 and go to bed.
Later when the weather doesn't cook me well done each day I'll have the energy to play with flashlights and darkness will set in before bedtime.

Agreed bykfixer.
I have only reached for my 2D with eagerness all this week, alas I don't think I will even put a dent in the D cells due to the sun still giving light up until 8pm in my region...now I can do this again in mid November...that should give the cells a workout. It's too bad the 2D is so big. 30L in a single AA incan would be pretty sweet.

One things for sure, the more I use flashlights the more I realize that 0.05 - 150L is plenty for all my needs. Other than the wow factor I don't hardly use my TN4A these days...I am glad I didn't spend too much money on it. 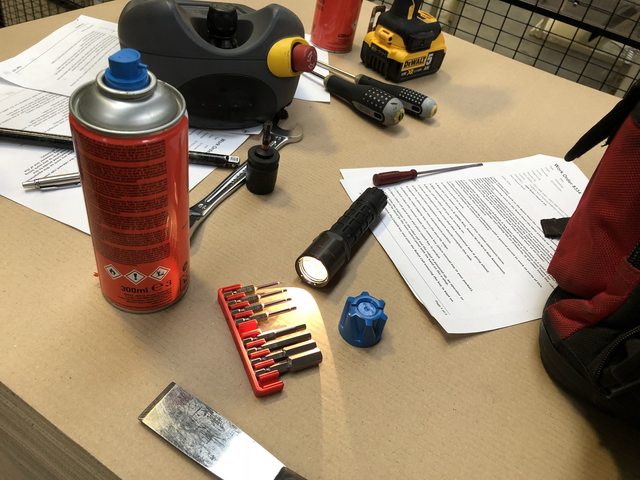 Easier on the eye than pic shows, but very usable and very easy on 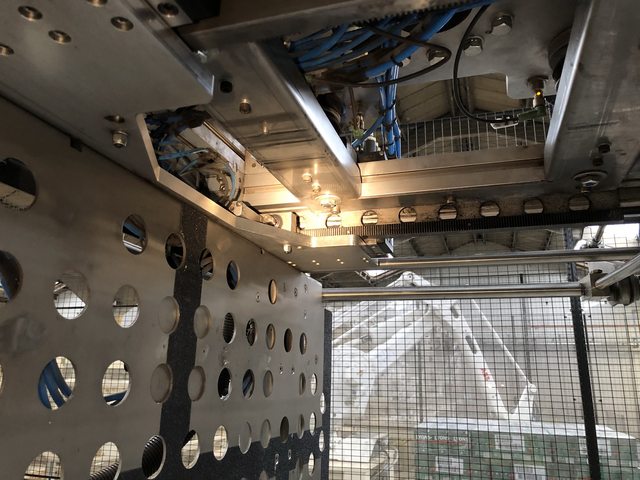 Until byk reduced my stress by excusing led use in shtf scenarios, I admit to being a bit tortured by only having runtimes in the low hour\s. But since keeping malkoff goodies in bags and vehicles, I have used my incans well. Solitaire is running on an Eneloop. LF bulb on keepower 16340 in the e1e. And the stock 6p is rocking primaries- and I have the storacell and Maratac pouches on me or nearby. I hate the dark. Lol

Stress? This is supposed to be fun.
Stress would be there if the rule was "incan Solitaire only" and using anything else gets you booted from flashaholics annonymous. lol.

To me the 'challenge' was only using an incan for this or that when I was surrounded by LED flashlights. I carried a bright LED light in my pocket as an emergency for use in lighting a manhole or something only a giant incan could do, but the other pocket had a solitaire and a SureFire E2 clipped to it.
It turned out that the E2 never got used, nor was the bright LED required. But there was that one time when wanting to aid my vision in a dark corner I had shake off the urge to grab an old faithful and grab an incan.

I figure in the fall a plethora of C or D sized lights will be used since it's dark after supper and I am more active in the evenings.

My job usually has me working nights all summer. But this year it's all day work and the duties hardly require a flashlight right now.

Thanks to this thread I've started enjoying my Z2 incan again.
As this is going quiet for a bit can I keep the momentum up with a question that's almost on topic?
The only thing that bugs me about the SF P90 that I'm using is the shape of the hotspot, it looks like the shape of the Crab Nebula. I know it's unavoidable because the filament isn't a point source. Although, I have a P60 that has a more or less circular hotspot, but maybe a larger one.
Do the drop ins from Lumens Factory have the same problem? Also are all the globes frosted to cause a rounder, bigger hotspot?
Thanks, and looking forward to the Long Nights.
P
Last edited: Sep 9, 2018

Not being familiar with the P90 beam I cannot say, but his stuff for the E series is real nice.

If you don't mind doing a bit of soldering to add some leg to a bi-pin the Streamlight TL3 bulb is a winner. Or a Tads Customs for the M3 and rebuild your P90, which is a bi-pin that is glued to the module.

Thanks Mike, I'll do some snooping.
P

If memory serves, the LF offering similar in output to the P90 is the HO-9. More rounded hotspot with a touch less spill. Mine's a few years old, and may not reflect current production but I think they've been pretty consistent. I got one in a beater G3 from the Marketplace, ran the heck out of it on 2x17500's, and it's still in my Tundra door pocket with three primaries to this day. The HO-9 is a nice module... :thumbsup:

That's the one I was looking at. The Eo looks like it draws to much power for sensible runtime.
Thanks,
P

I’m gonna try to jump into this challenge in the morning. Been prep’n this evening. Wowsers-I’ve gone LED around this place! I was scrambling to find enough bulbs and hosts to put out in place of the LED’s scattered around the house as to not mistakenly grab one. Gonna go E2e MN-03 for around the neck, Pelican 2340 scattered around the house and a M6 w/MN15 driven by 2x18650 for outside/night duty. Need to reload a few 6P hosts with P60’s and may load a P90 in 3cell host if I can track one down around here.. I’ll try to get a group shot before the week is up..
B

Well, back to led today. I have decided that the e1e is still a good carry for summer nights in more fitted attire. The 6P is with the little mag in the dresser just in case. It was fun and I still appreciate incan goodness. Definitely will use them this fall and winter more than I would have. Please excuse me back to the Malkoff threads! Lol

P.s. I have found the lumens factory hotspots are very round but do lack spill. My 6P and my scorpion both have a wacky shape. But nothing with an LF module does.

I ended up using a cheap P60 incan drop-in from DX. The host of choice was a Solarforce P1. No incan headlamps in my collection so I wanted something with a polymer body that I could mouth-carry without chipping a tooth. And I did end up doing that for about 30 minutes one night.

The beam looks nowhere near as good as what you guys have. Also the hotspot was too small to be usable around the house. It was a better general purpose light after swapping in a diffusion lens but the that made the light not too useful outdoors.

The momentary switch goes great with battery guzzlers. I worked through roughly 8Wh over the week according to my charger. The idea of burning through 2xCR123A every week is a little horrifying. And I didn't even use the light that much! It was inconvenient and bulky enough that I never actually carried it for the most part. It usually sat on the table next to me and I'd have to remember to bring it along when I thought I'd need it. Went with no light on a few occasions where I was caught unexpected.

Glad to return to my usual 5mm yuji challenge

I know this is long over but I just cobbled together a nice incan I thought I'd share that I plan on using for the next couple of weeks. I've had an old 9P that I bought on a whim on a good deal on by it now on fleabay for the last year or so. I originally put in 3 16340s I got from work and a 12V lamp but the light got so hot so quick I didn't run it more than a minute or so. It sat on the shelf for the last year and I've been mulling over a 2 - AA conversion but I really want an M31LL and Illumn has been out of stock.

Then it hit me! I have a bunch of 3.7V P60 Incans I use in my collection of 2 cell Surefires with 16650s so why not try one of these bulbs with 2AA since 2 alkies put out 3.4V and 2 NiMH put out 3V. Well it worked great! It probably puts out around 50 lumens, very warm. The 3.7V P60s are Chinese and very inexpensive. I haven't blown any of them yet and the one I use a lot probably has 40 hours or so on it total. I used 2 NiMH Tenergy AAs and I ran it for about an hour. Afterwards the cells were at 1.15V ea so I'm guessing run time is around an hour and a half to 2 hours. I may not end up buying an M31LL after all. 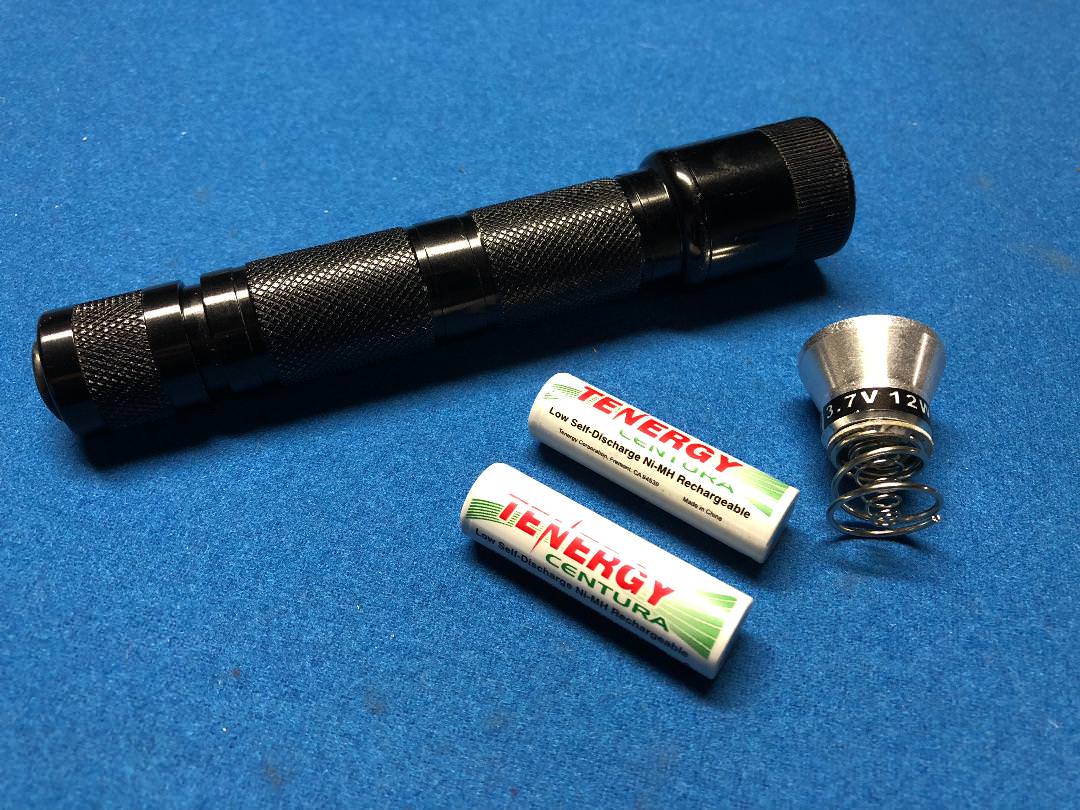 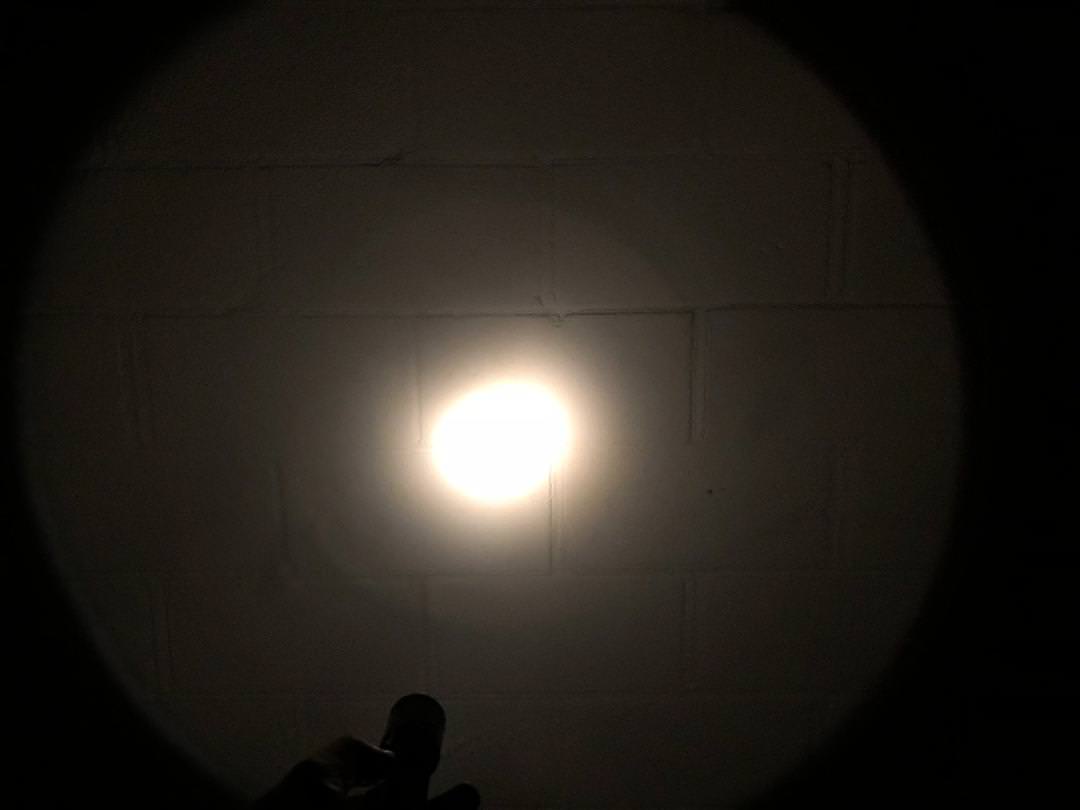 ^^ There was no particular week Lift'd. You can play any time. It was just an old idea reintroduced for 2018.

Lol! I thought there was a week. So you mean to tell me every week could be incan week?????