This thread is a quick comparison of the various iterations of the Jetbeam C-LE. For a more detailed comparison to other 1AA lights, please see my current Multi-stage 1AA Review - Part III: Runtimes, beamshots & more!. Scroll down to a see a mini-review of the new clicky C-LE v2.0. 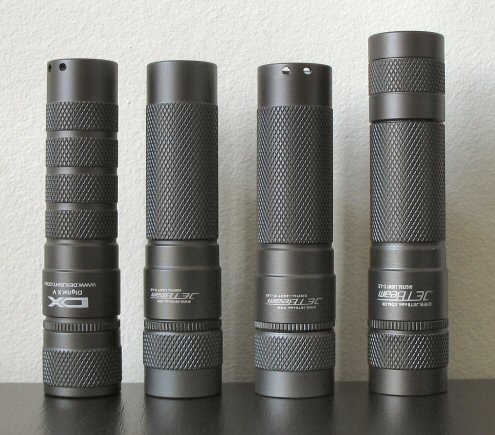 Method: All my output numbers are relative for my home-made light box setup, a la Quickbeam's FR.com method. My relative overall output numbers are typically similar to his, although generally a little lower. You can directly compare all my review graphs - i.e. an output value of "10" in one graph is the same as "10" in another.

Throw values are the square-root of lux measurements taken at 1m using a light meter. 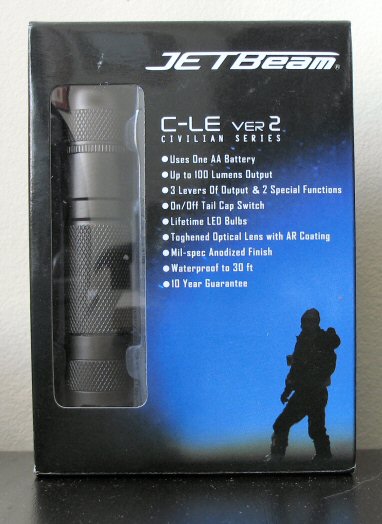 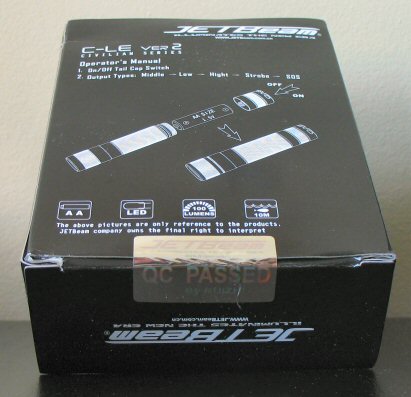 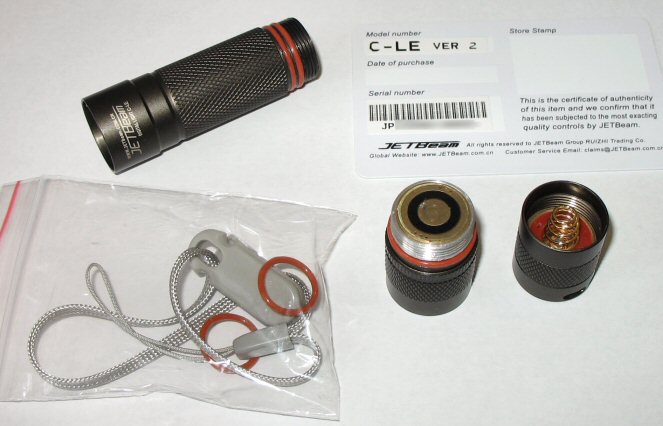 There you have it. If you want to see how this light fares against the competition, please see my Multi-stage AA review. :wave:
Last edited: Jan 17, 2008

Location
outside of Austin, TX

Great job Selfbuilt, got one on order!! thanks for your efforts my friend!!! Doug

Excellent review, as usual, selfbuilt. Thanks.

Selfbuilt, YOU DA MAAN!!!! Thank you for your Selfbuilt Selfless time involved in doing these wonderful, extremely helpful tests. If we gave out medals here, your CPF uniform would be dripping with them, General Selfbuilt, Sir, YesSir!

Selfbulit thanks for the work you do for us.:thumbsup:
S

Location
US of A

Thanks for the review! Are any of the heads interchangeable between revisions? IE: can I put a rev 2.0 head on a 1.0 Jetbeam C-LE?

I received my C-LE v2.0 this weekend and I have to say I'm impressed with it given the price.

My plastic clip also did not work correctly. It would lock but not open without manual intervention. However, I don't care about it anyway, and I just removed it from the lanyard.

I was going to go with a Fenix something or other, but I decided to try Jetbeam out after I saw the company making strides in improving their product and quality.

In my honest opinion, its worth the money.

Wow, that generated a lot of interest! Glad you all enjoyed the review.


Stereodude said:
Thanks for the review! Are any of the heads interchangeable between revisions? IE: can I put a rev 2.0 head on a 1.0 Jetbeam C-LE?
Click to expand...

v1 (and earlier DX version) have a different diameter thickness, and so are not compatible with v1.2/v2.0 heads. The new v2.0 head will work on a v1.2 body, but not the other way around (i.e. a v1.2 head will NOT work on new v2.0 body). There seems to be a slight difference in how the body makes contact with the head.


Anarchocap said:
My plastic clip also did not work correctly. It would lock but not open without manual intervention. However, I don't care about it anyway, and I just removed it from the lanyard. ... In my honest opinion, its worth the money.
Click to expand...

Actually, that's exactly the same issue with my clip. I dunno, maybe it is supposed to work like that? :thinking: In any case, not very trustworthy. But I agree with you that the light is very much worth the money - perfect for that budding flasholic on a budget.

BTW, one thing the package lacks is a belt pouch. If you want to pick one up, it fits perfectly into a Fenix L1T/L1D size pouch (widely available at all the Fenix vendors here). A cheaper option is the Ultrafire nylon pouch (like the one sold here), designed for C3. Note that the elastic is a bit looser on the Ultrafire pouches, so they don't fit the light as snuggly.
Last edited: Oct 9, 2007

These C-LE lights just look tough. I like that. Bring it on!!!

Gaffle said:
These C-LE lights just look tough. I like that. Bring it on!!!

BTW, GJ Selfbuilt. I enjoy your reviews. Keep them coming.
Click to expand...

The C-LE knurling feels great to touch. The light feels way heavier and the metal somehow feels tougher and higher quality than my Fenix, and many times tougher than my cheaper Fenix-lookalike DX lights.

Very high quality stuff for the dollar. Trying to justify buying a black one and becoming a JETBeam collector. If they come out with another Jet-U AAA I don't think I'll be able to hold back.
Last edited: Oct 9, 2007
L

Thanks for the great work Selfbuilt. I EDC my Jetbeam C-LE [v1] and love its small size and efficiency. The v2 only looks a bit longer, so I'll pick up a few [they make great gifts]. I only wish the low setting on the v2 was the same output as the v1 - it's already bright enough for a low.

I'd also like to see a lower low in the v2.0. I really like my v1.0, but often will grab the Rexlight because its low is less than the C-LE while having a slightly higher high.

I'll posting two new JetBeam C-LE v2.0 for sale today in the Marketplace if anyone is interested. Since this is not the place for selling, please check there.

Would love to see a beamshot VS a Fenix L1D-CE.