Well package arrived today, lets see what we got: 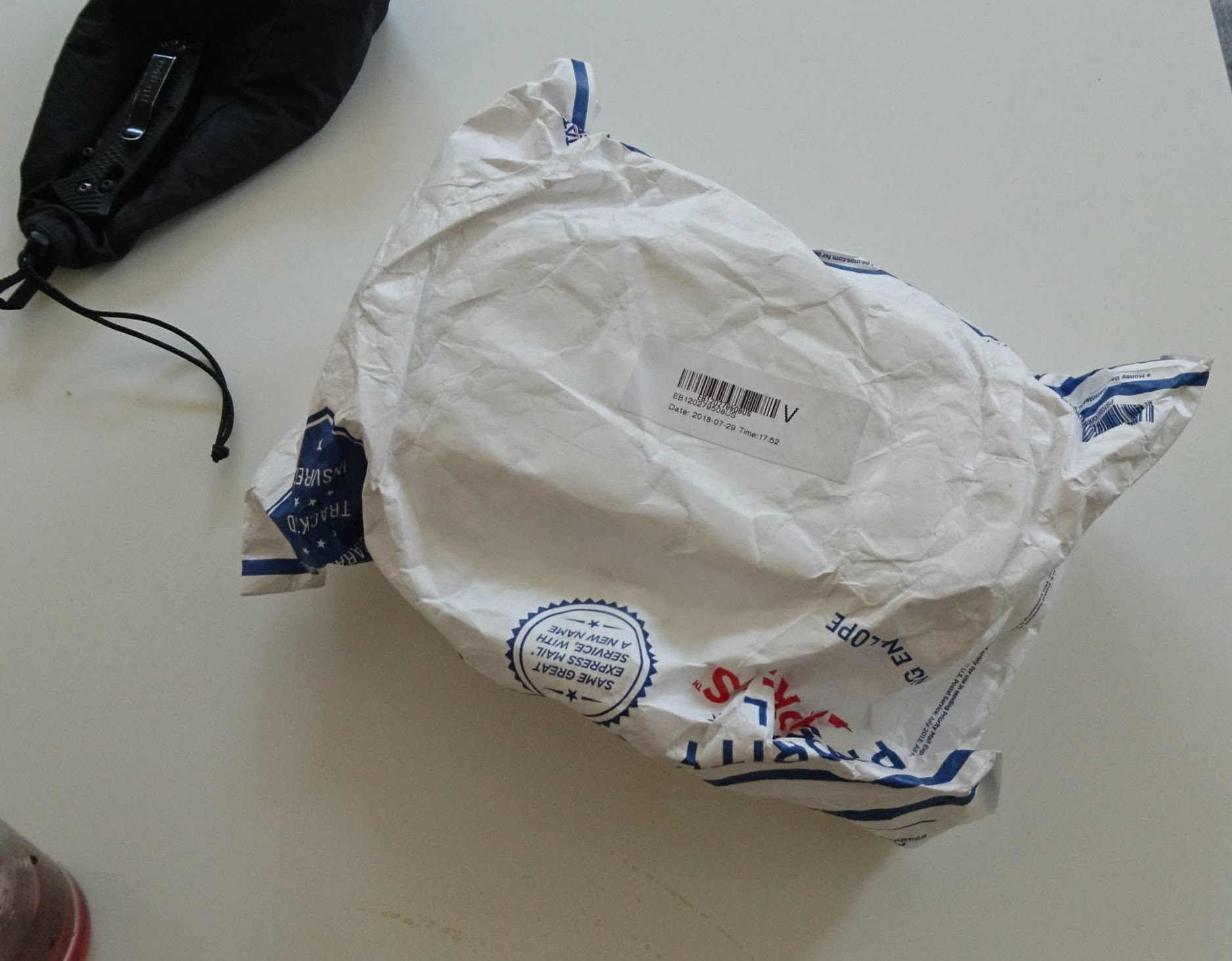 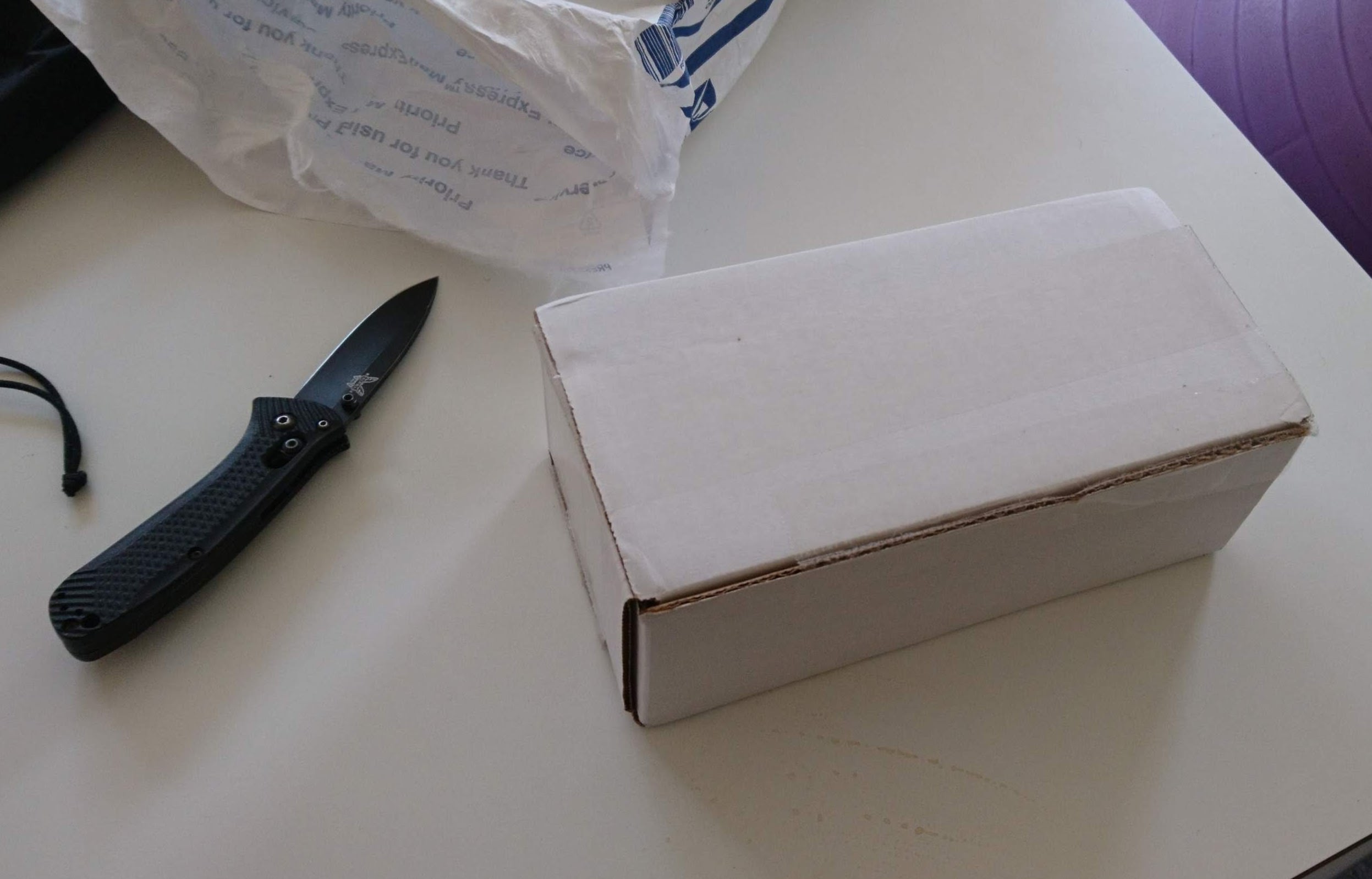 VME-Head, 16650 body. m61 425 lumens module, mc-clicky spare parts and lens/o-ring and gasket spares, since US is a long way from me, I do not want to order those separately if needed down the road. 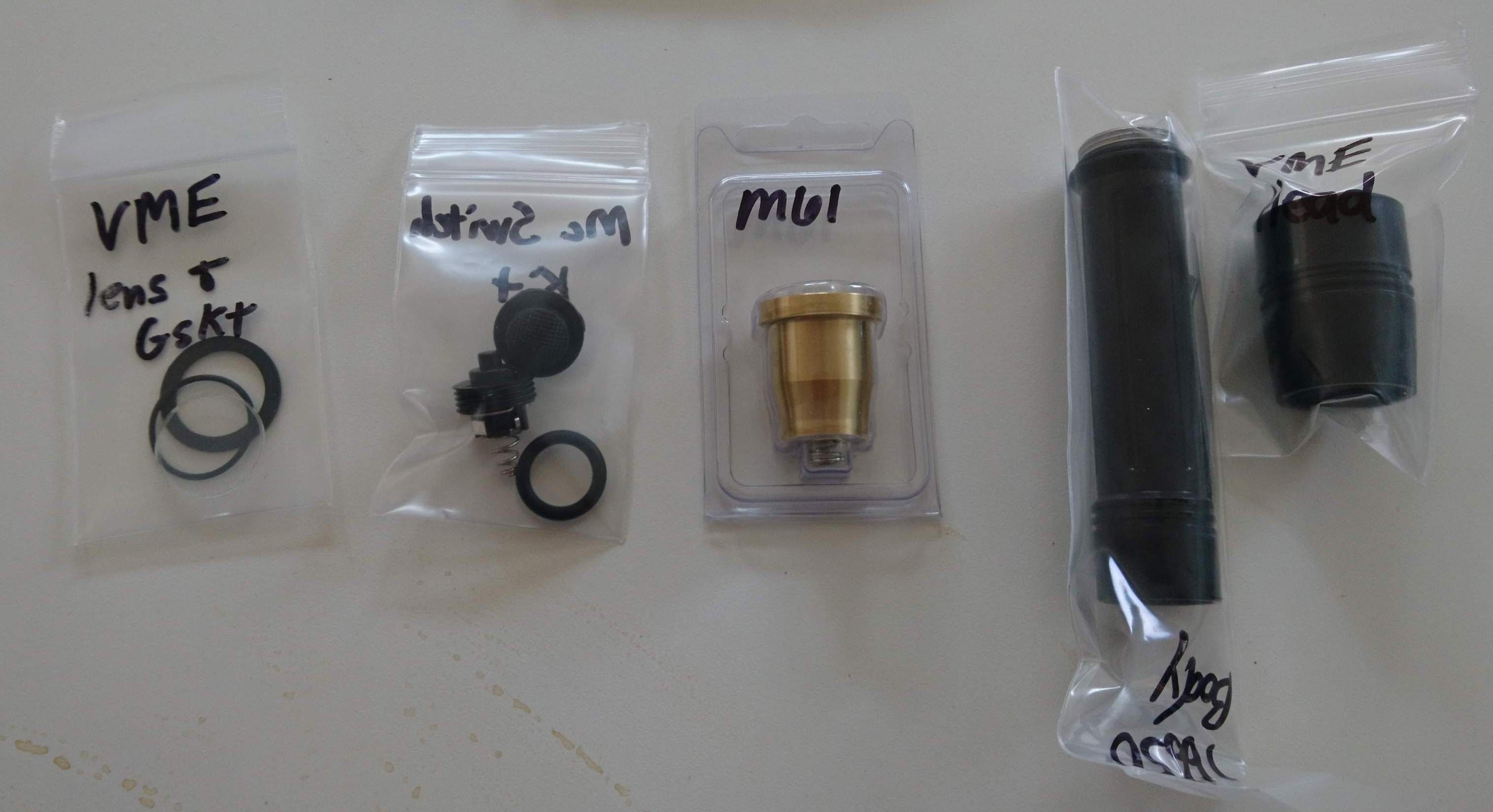 Assembled, o-ring goes inside between the lens and the module, gasket between head and lens. 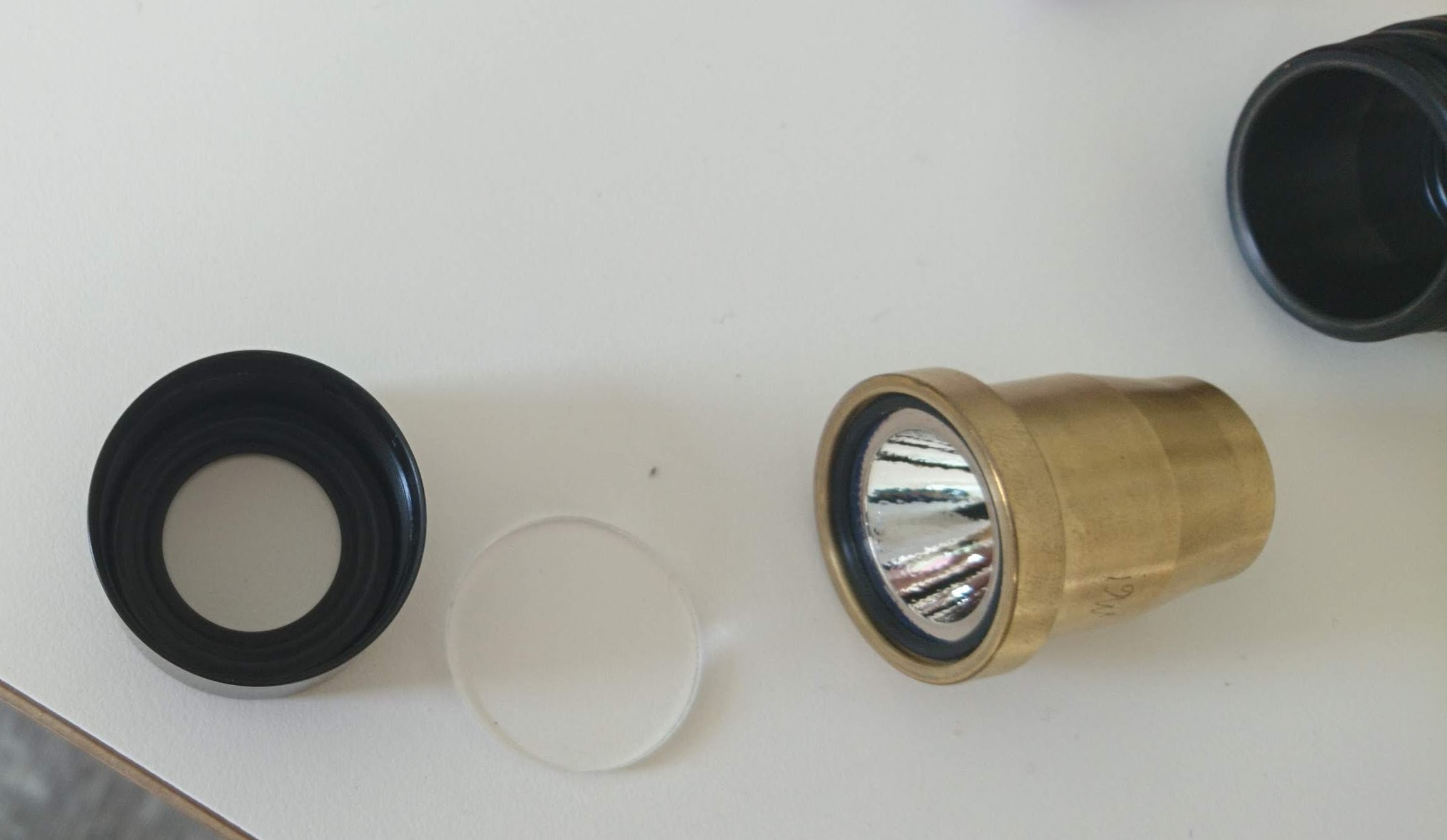 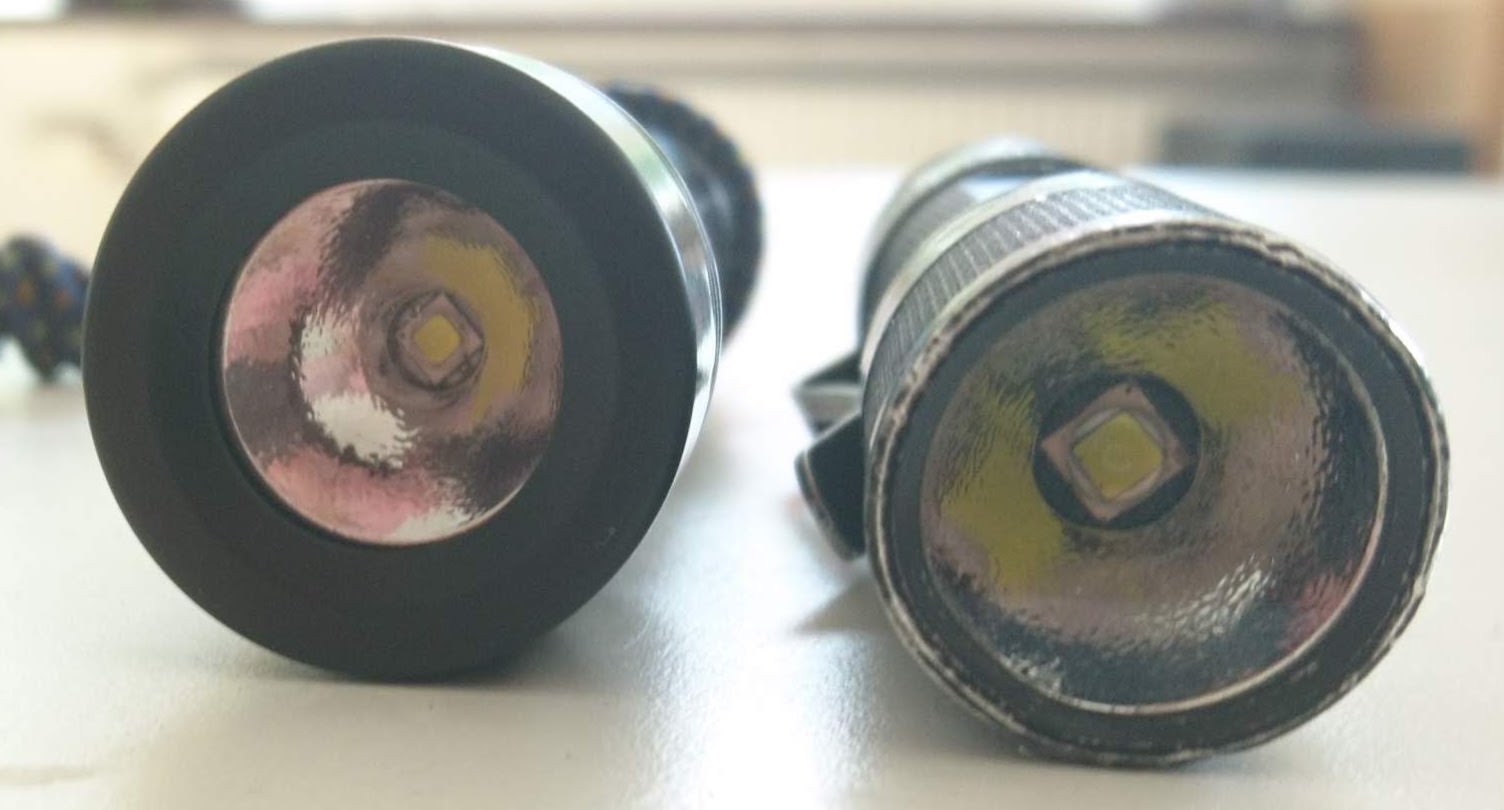 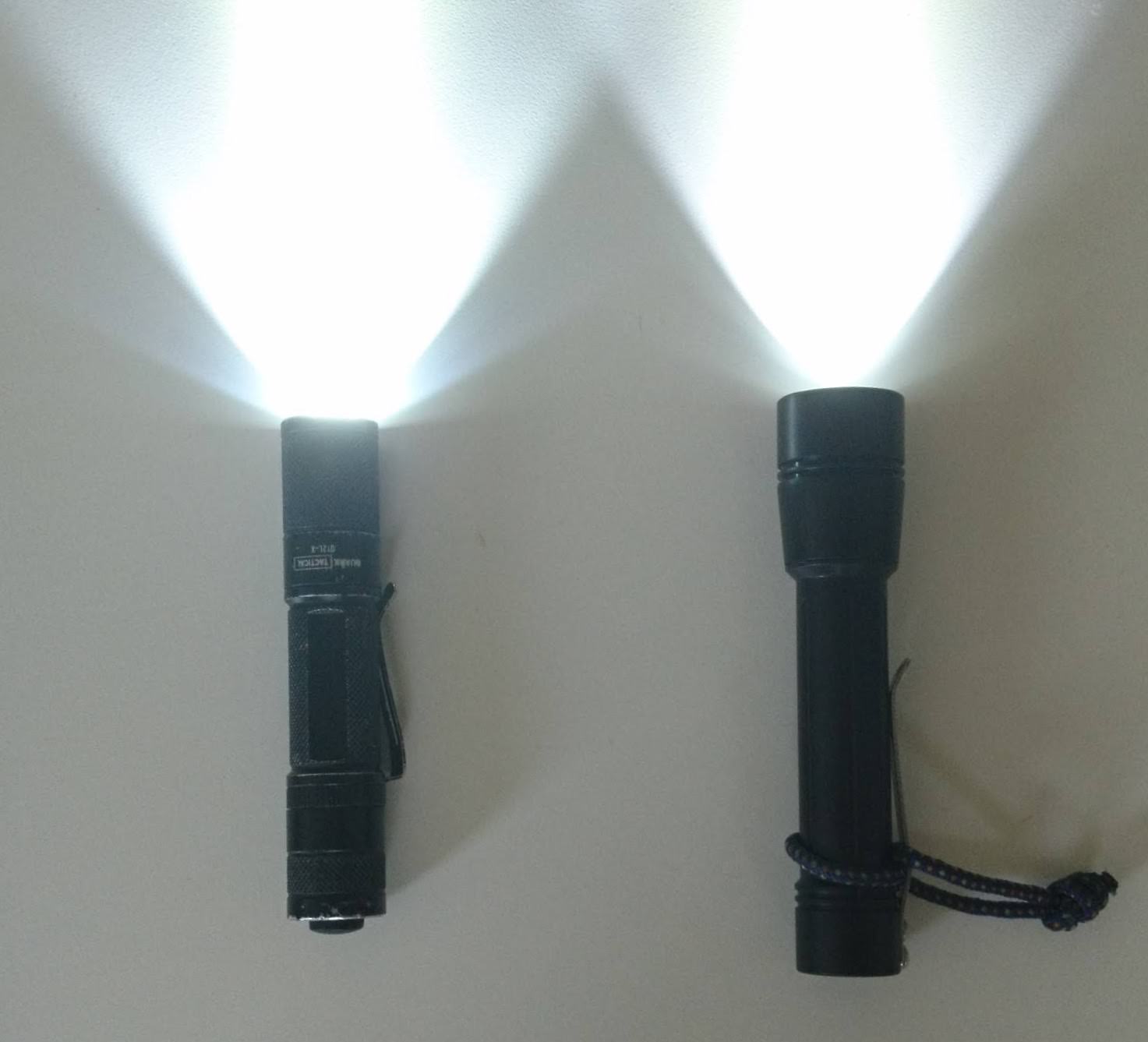 Some reflections, I cant really do a proper review since I do not have the equipment needed. But I can tell you my honest opinion. After being with my Quark light for over 5 years I decided to try something new, mostly because my fingers were itching. On a few occasions my quark was put in a low setting by me (head twist) and lucky for me I did not need it to come on in high those times. But for this purchase I decided to go with a high only flashlight since it would be used for one thing and one thing only, self defense type use. Malkoff because of their reputation of being bomb prof.

Malkoff have been great in customer support and answering questions, so no issues there, just as advertised.

So far the light is delivering as I need it too, it is a little less bright, but not by much, little heavier, not noticed, and a little wider, still not by much to be a deal breaker in any way. I wanted something floody with some reach and I do get it here, it is less floody than the xml in the quark but still enough for the application. I look forward to beat this around like I have with my quark to see how it holds up.

Some words on the clicky, the quark has a protruding clicky as seen in the images, it is a clicky requires more force to depress. The clicky on the malkoff is "hidden" but in return is alot softer, there is less force needed to engage the light, but it is also a shorter travel, so even thou it is "hiddden" it is relatively easy to push it to get a momentary. I do not want to say that one is better than the other, they are just different.

I must say that for a flashlight nerd it is a big plus that there are no markings on this light, it is totally incognito, a big plus for me visually.

I hope this gives people some idea how this is related to other smaller lights in size and beam angle.
Last edited: Aug 8, 2018

Malkoff designs are very attractive, that VME looks sweet. That it is modular makes it all the better, and that the host is so durable and resilient to any conceivable abuse is overly compelling. I hope the VME remains in stock long enough for me to acquire one. Gene's LED dropins are great and well-regarded by the community. That said, I love incan, and I would like to figure out how P60 incan dropins could be modified to fit, or I'll ask Gene or perhaps Mark from Lumens Factory to create an incan dropin that fits VME. Seems to be plenty of room for a regulated incan driver, with softstart and perhaps lower modes. I like to dream.

Thanks for posting, and with images, too!

Few things are more exciting than a new Malkoff. Well done. I like your lanyard particularly.

Very nice, enjoy your new light! :twothumbs IMHO, it's a hidden gem in the Malkoff lineup. One of my favorite lights for sure!
T

would this combo work with a high?low ring?
A

tab665 said:
would this combo work with a high?low ring?
Click to expand...

No. It’s a different thread size.

tab665 said:
would this combo work with a high/low ring?
Click to expand...

A resistored switch can do something similar, but they are now difficult to find. 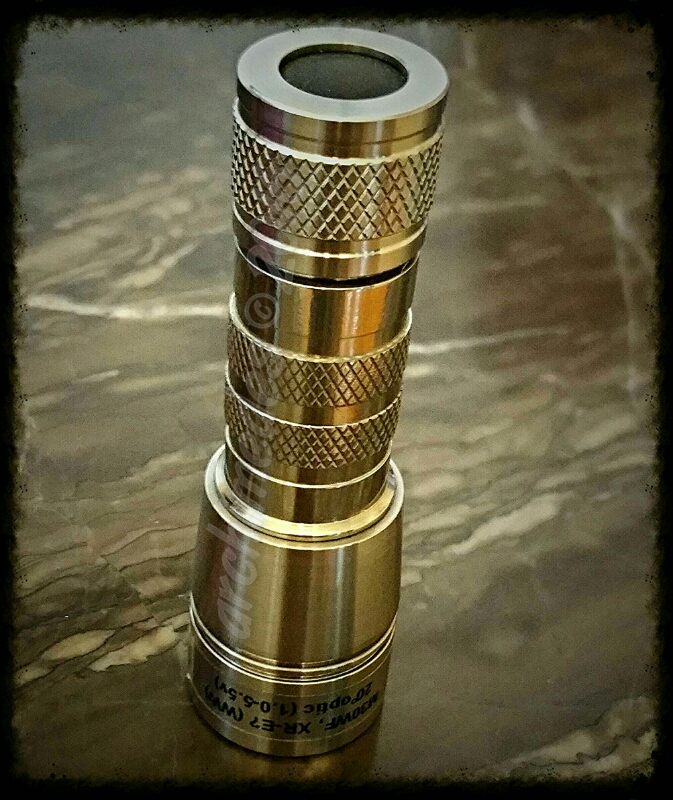 This works really well with the M30WF, above.
P

Modernflame said:
Few things are more exciting than a new Malkoff. Well done. I like your lanyard particularly.
Click to expand...

I took inspiration from NH Lumens solution, this is a bit more crude but serves the same function. And thank you.
N