So I’m writing this as I ordered and brought this light with me on my trip to Australia. It’s hard to impress me anymore as I’ve been ordering lights from Vinh for so long, but this one certainly has! If you’ve wanted a single cell thrower that’s not as big as the K1vn or MT90vn mini like I was, this might be the light for you. If Vinh has enough interest, he might do a run of these.

Disclaimer, I paid full price (or at least the price he quoted for me and the mod) for this light and I do not own the other two lights, though I hope to soon as I hear great things about them. Specs are with the SBT90 LED.

Original light: https://www.maxtoch.com/products/m-pro-white
Basically it’s the one cell one head version of the Maxtoch Owleyes that Vinh turned into a 10,000 lumen beast!

Cost: Definitely over $200. It just depends on how many he does, the discount Maxtoch gives him and the price of shipping. Why so much more than the MT90vn mini and K1vn? Shipping costs more for one. Also the SBT90 LED is expensive, plus the added cost of switching out the LED and adding his driver. Both of which he didn’t need to do with the other lights.

Lumens: Mine was measured at 4750 lumens. Not quite as much as the other two but not near enough that the human eye could tell the difference.

Throw: Mine was measured at 425k lux and 1304 meters. Again, not quite as much throw as the other two. You might, maybe, notice the difference with the K1vn at the below stats, but probably not. Definitely not that of the MT90vn mini.

Heat management: At 50% (about 2500 lumen) it would heat up but it took quite a while. I didn’t usually ever have to turn it down because of heat because I would want to turn it down so I didn’t blind myself on something close. Turbo would heat up quicker as expected, but it never got too hot before I wanted to go back down a level while in the forest. I know. Everyone wants a time haha. Let me check. At 50%, I would say at about 8 minutes the heat plateaued, likely because the driver is reducing output so it doesn’t get too hot. It’s hot, but not too hot to hold. At 10 minutes I just turned it off. At 100% it’s about a minute till it’s hotter than I’m comfortable with. Tested in my hotel room which is maybe 80 degrees Fahrenheit, each with a fresh battery.

Kit: Yes, mine came with the full kit.

Ok, now the other stuff. As you probably have figured by now this is a dedicated thrower with lots of lumens for a single cell light. I am currently on a trip in Australia and this light has just been great to use on my nightwalks in the rainforests, along rivers, and beaches. I would take 2 lights with me on my walks; the Manker U22vn III and the Maxtoch Archer M Pro modded by Vinh. If I was in a place where I could use it I would also bring my Maxtoch L2Kvn. I didn’t bring any multi cell lights with me on my trip due to weight and honestly, I didn’t miss them due to the Archer. U22vn III (currently my all time favorite) goes up to 5000 lumens and 210k lux, but it is a very different beam. This light has a spot, no corona, and tons of spill. It is a “do all” light that throws, is quite small, but also throws light straight down to your feet and to the sides. This beam puts a lot more light around you but then it’s throw is less because of it. The L2Kvn is an LEP and throws a white laser like beam with no corona or spill. It’s a fun light, but not as useful. The Archer is in between with what I would describe as a large hot spot, larger corona, but no spill. While missing the spill, by putting all the light forward you get better throw and it seems surprisingly bright on lower modes. For instance, if I was walking in the forest and vegetation wasn’t too close to me, I would put this on the 10% setting. It took me a few days before I realized I was only using 500 lumens as I thought I was using 1000! As you could imagine at only 10% my 5000mAh battery would last hours and hours. 2500 lumens was just a click away and used quite frequently when space, as well as the 5000 Lumen (at turn on). After a 2 hour walk or more it would only take my U22vn III one to 2 hours to charge it back to full capacity. At 500 lumens it just amazed me at how much it would light up and how far I could see without blinding myself if I shined it on an object next to me.

Now, the MT90vn mini and the K1vn, while stronger throwers, also have a bigger head and are likely heavier, especially with a 26650 battery. Enough to make this light worth the extra money? Only you can answer that. Again, I hear great things about both of those lights. One thing for sure that I like better is the programmability of the Vinh driver rather than the infinite variable brightness by holding down the button. Some people love it, I just don’t. Also, I was amazed at the carry ability of the Archer. It fit easily in my coat pocket and when I belt carried it in the holster I hardly knew it was there. Still plenty short, head width didn’t bother me even with my stomach, and I didn’t even notice the weight. When using it while walking it was extremely comfortable as well (I use the side switch). I will say that, for the rear clickie switch lovers, this is a stiff clickie if you go that way. However, with the included rubber cigar ring it is very easy to use using the cigar method on it. Side note, the rubber cigar ring does not fit easily through the hole of its holster. You can either push the cigar ring forward on the light, not put it on the light, or just put the light in a coat or jacket pocket to carry it. That’s if, of course, it’s not in your hand being used haha.

Below pics are just to show beam profile and NOT brightness. U22vn on left. Notice the spill difference. Archer on right. Only 500 lumens. I would say pic is brighter then it was by my eye as I definitely had the U22vn at a much higher level. My cell phone is all I had so this is all I got. 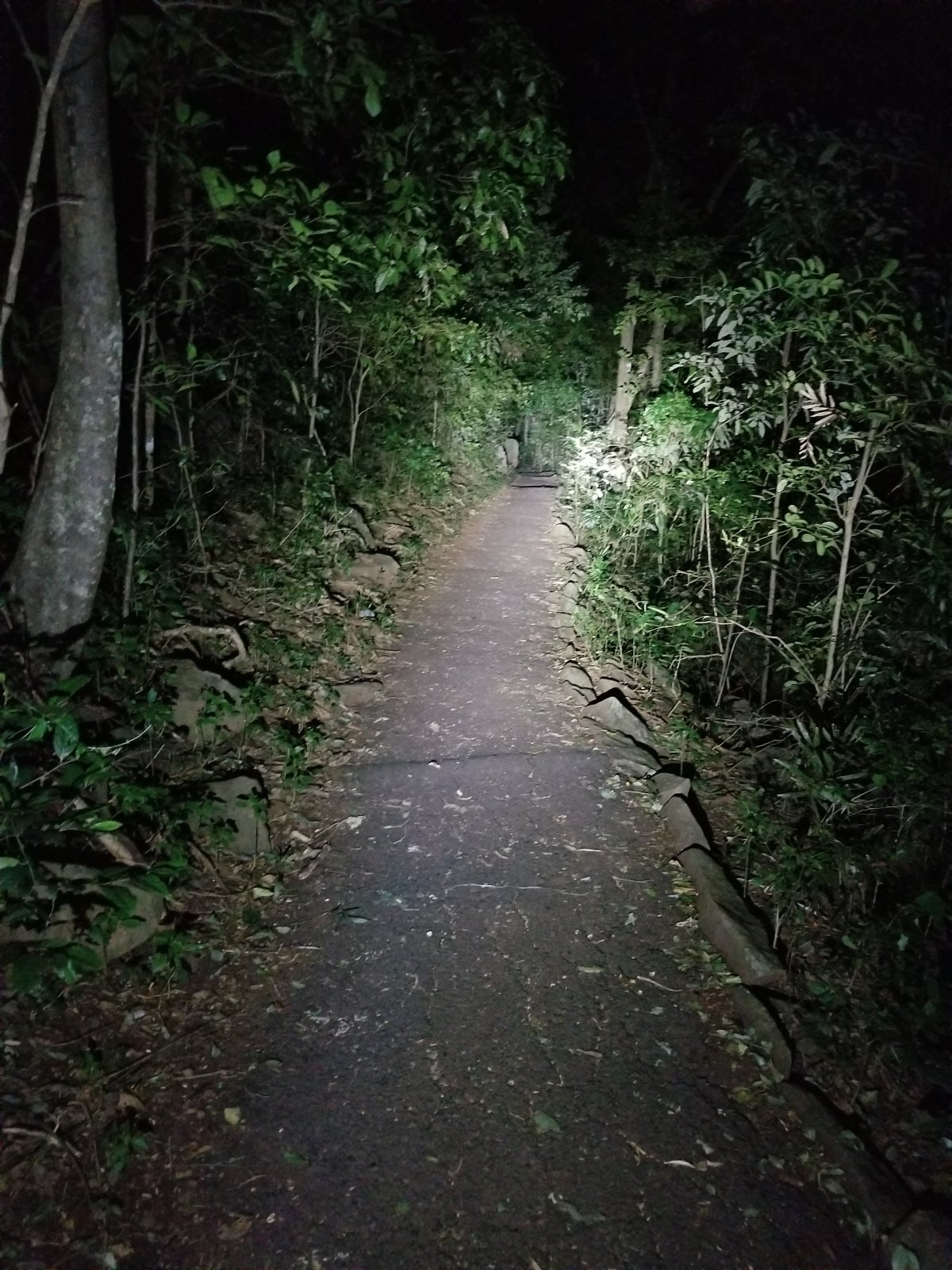 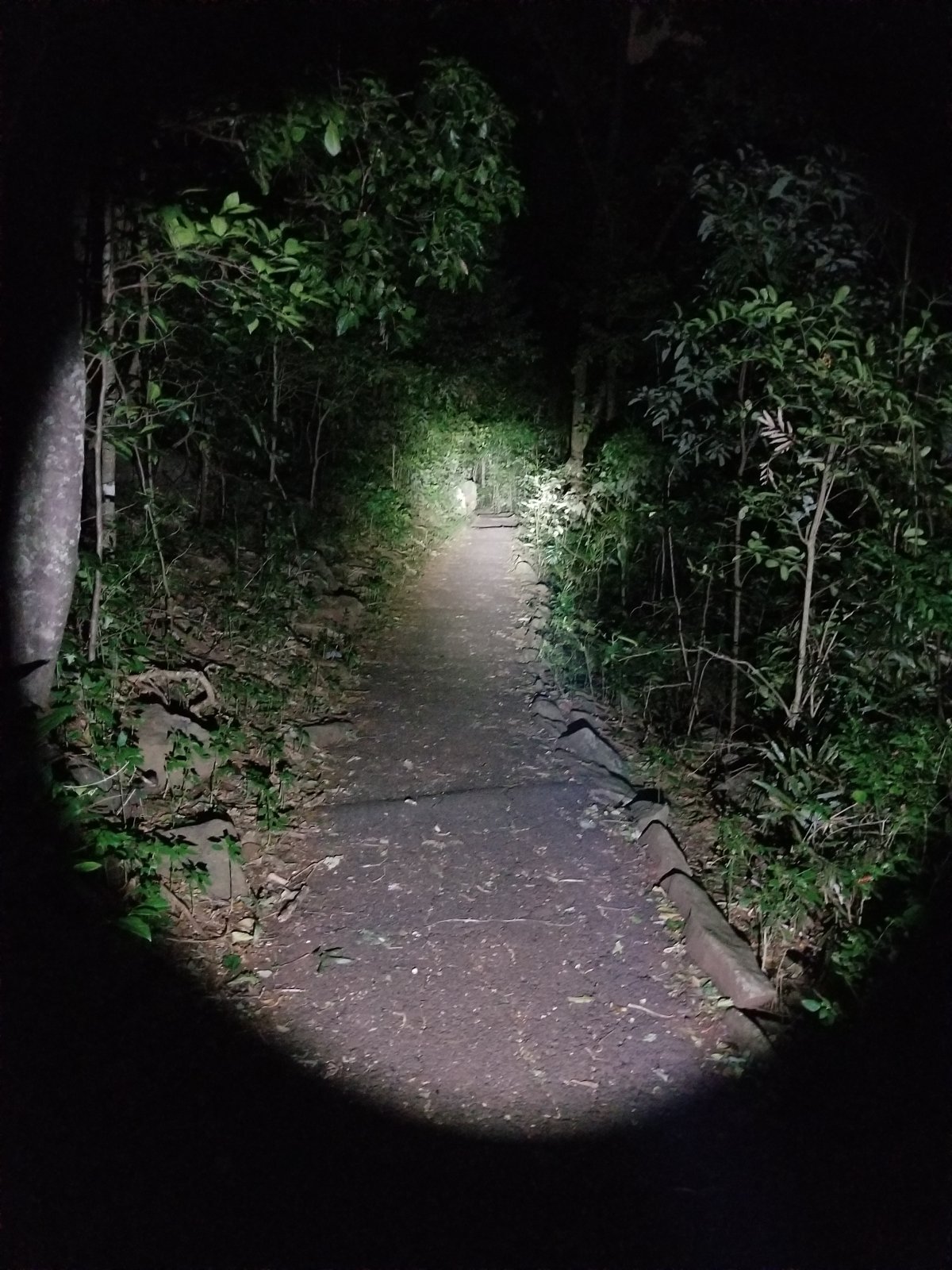 Not the best pics, sorry. Beam comparison. U22vn left, then Archer by Vihn, then L2Kvn (LEP) 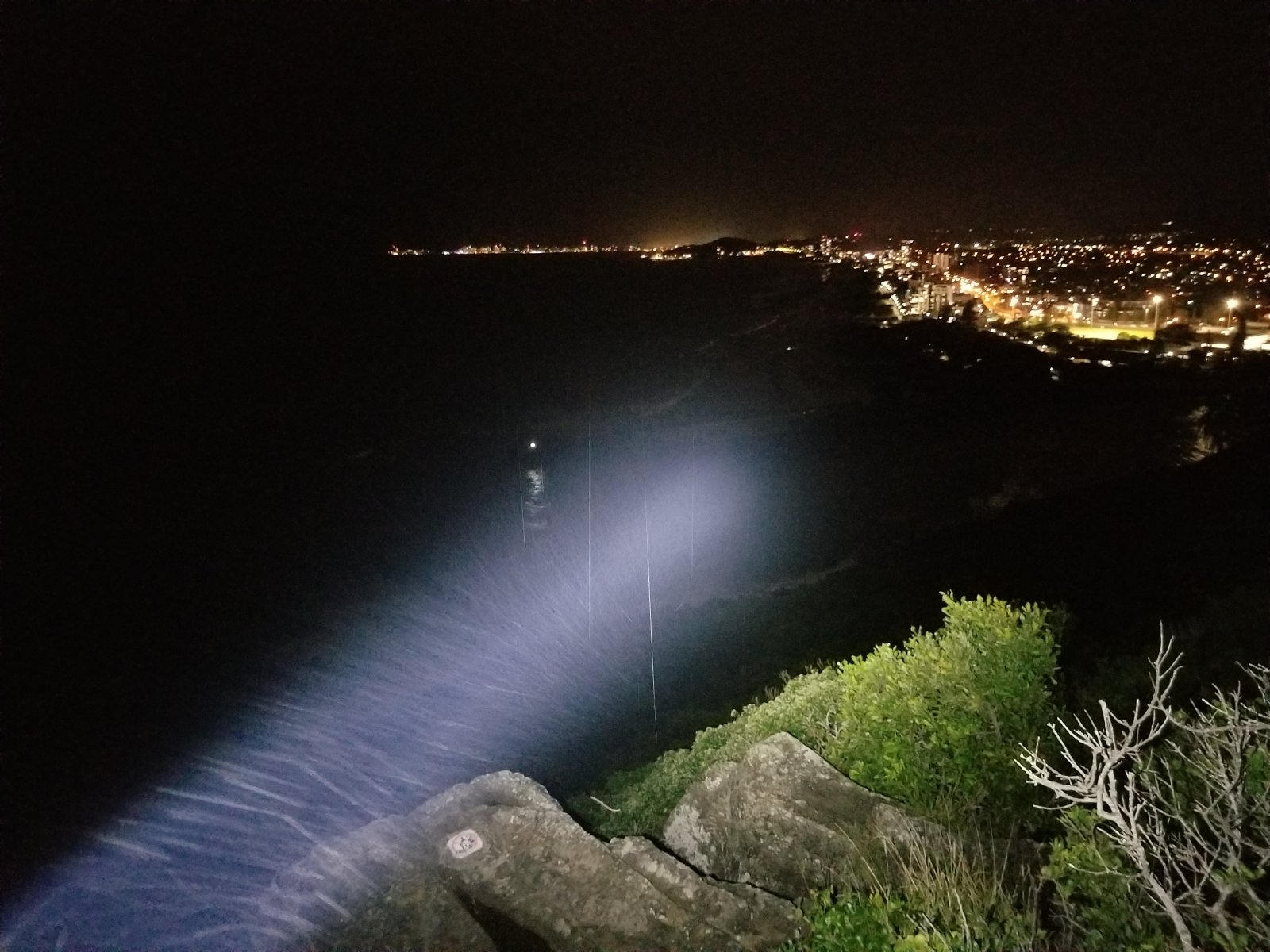 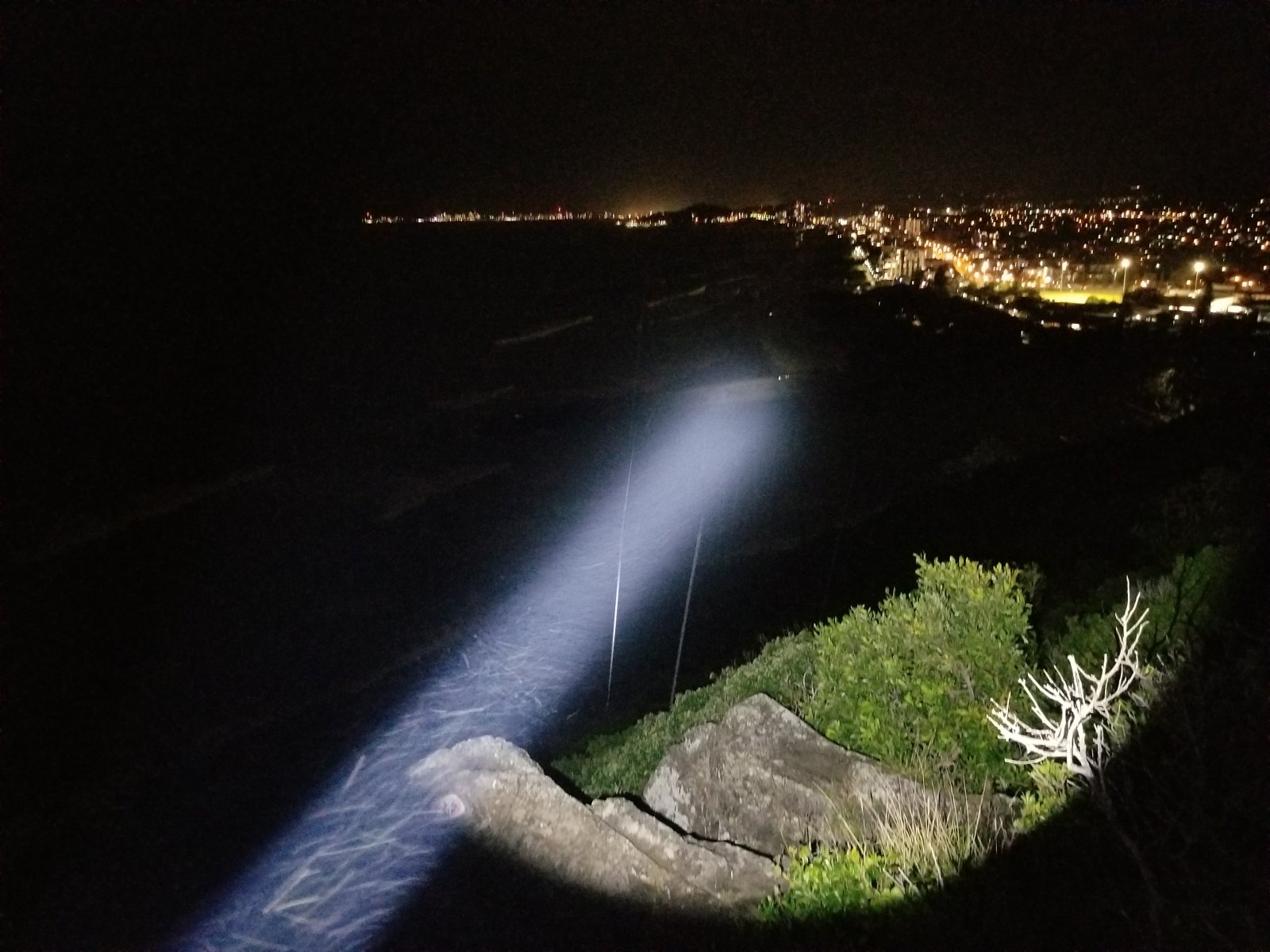 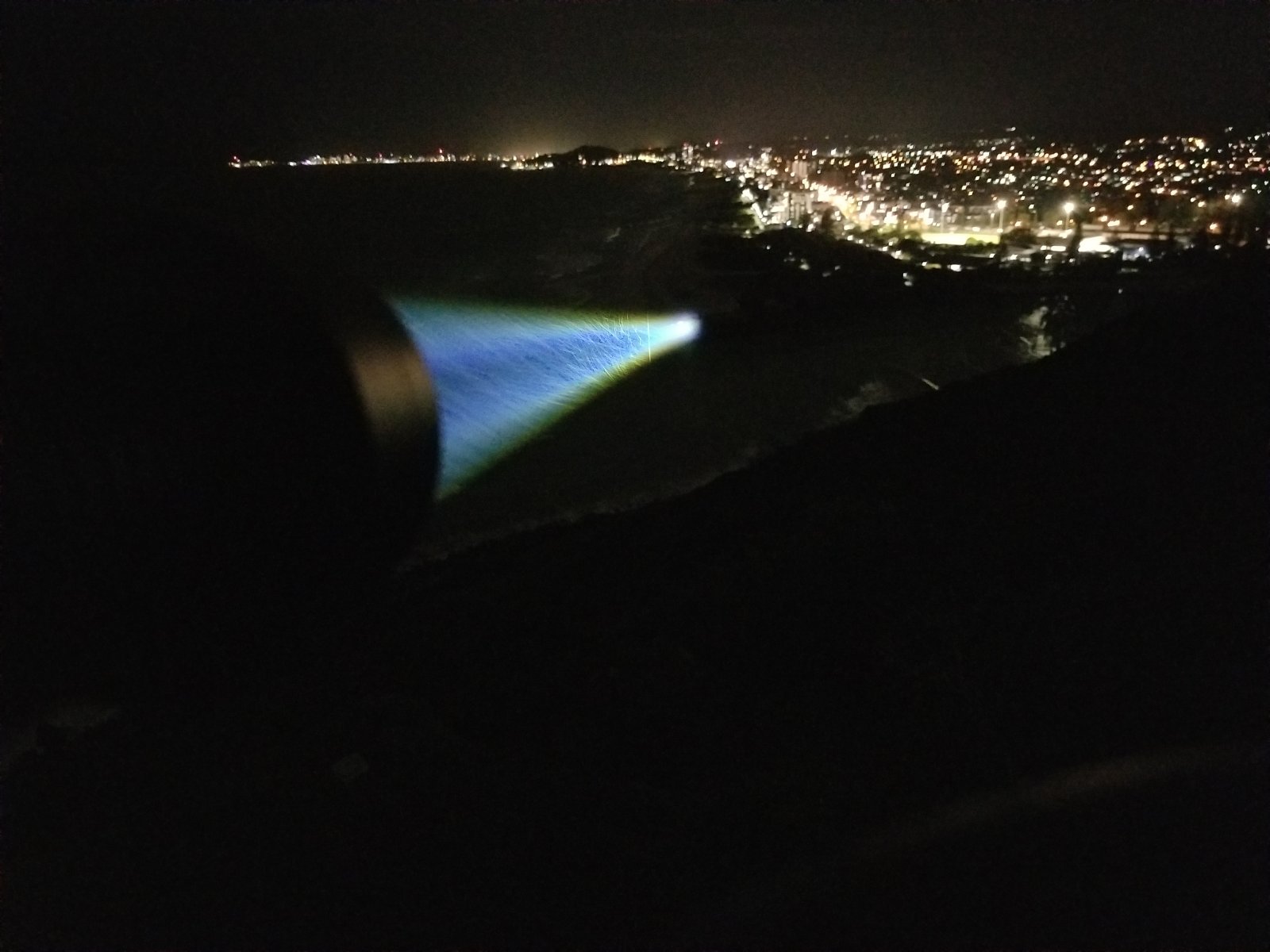 Pic down to the beach below. Sorry, I don't know the distance but it seemed relatively far to me. Both lights were on turbo but again, its just my phone so the brightness difference doesn't show. In reality there is a huge difference in how much the Archer lights up the beach. 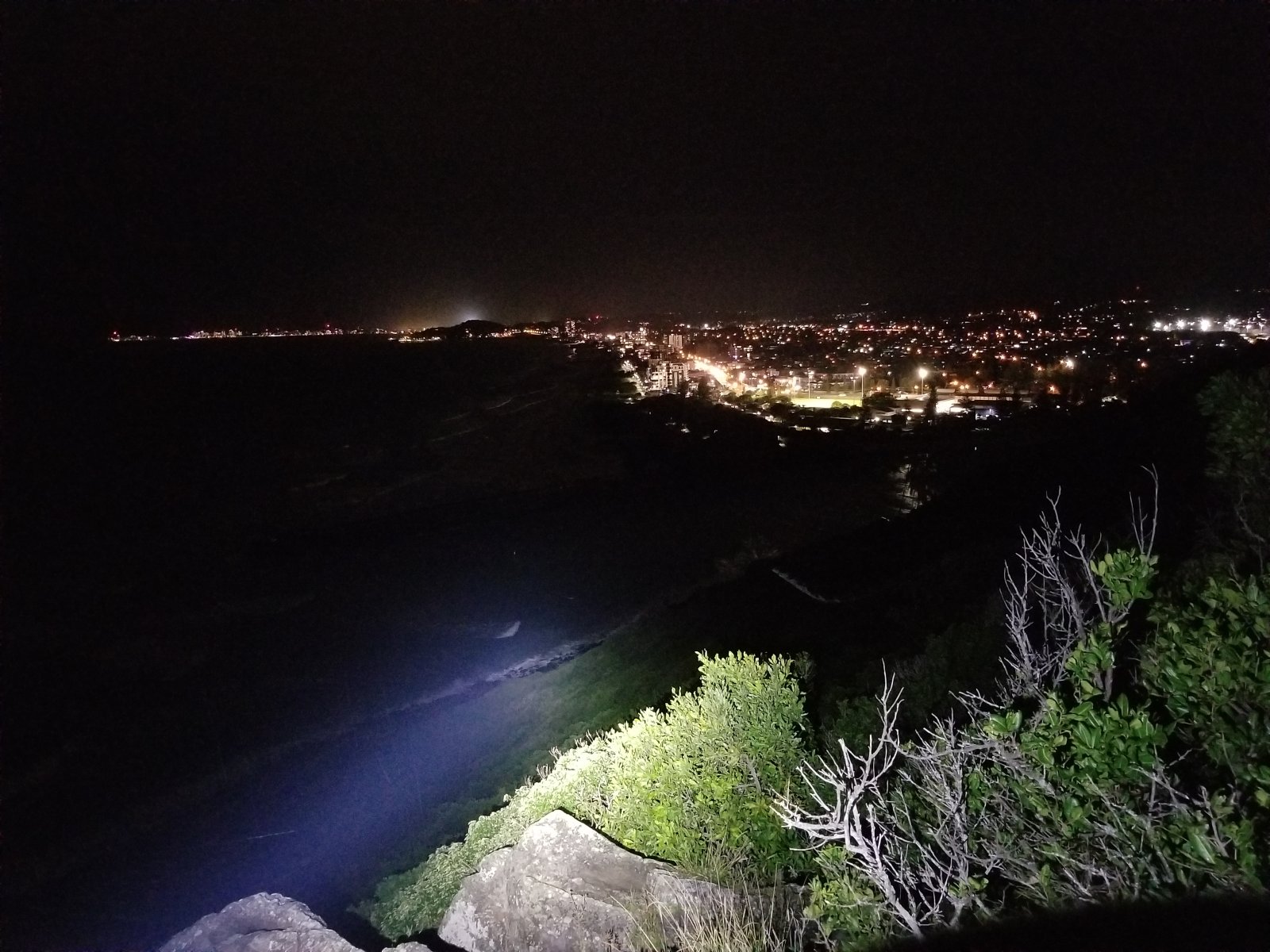 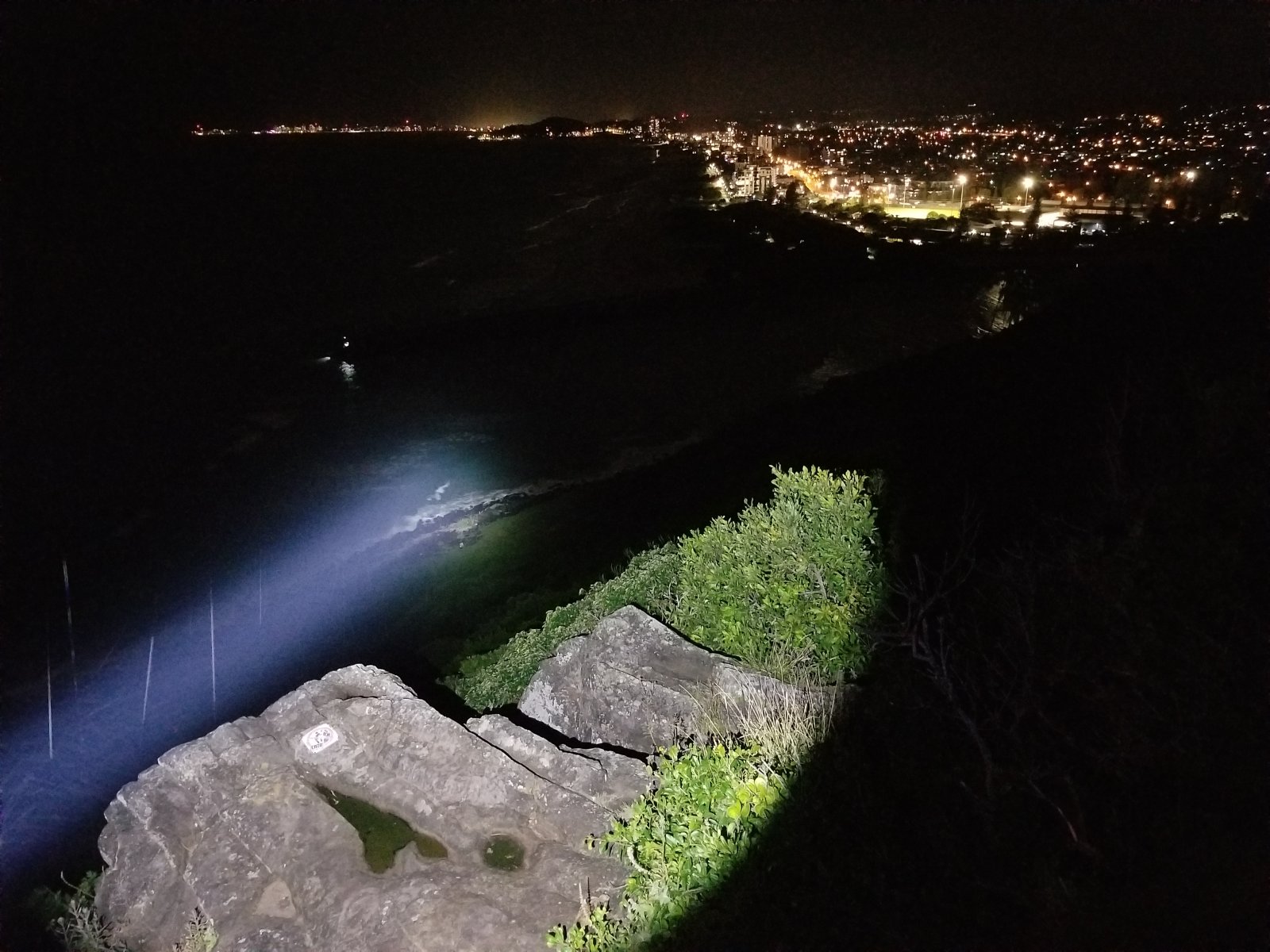 Well, that’s all I can think of to help people make a decision. If you have any questions I’ll be glad to answer when I can. Don’t be offended if it takes hours to answer. I’m flying back soon to the US and won’t have internet, and until then my day here is night time in the US.
Last edited: Jun 7, 2022