nbp said:
More info dude!! What's in it? Who built the engine and what's the single speed? What did you do to the tail? What's the coating? More more! That thing is amazing. :thumbsup:
Click to expand...


Thank you! Don built this Haiku head with a single speed engine (Don said he used one of Wayne Y's single speed converters-->one level: high only) and an XM-L LED. Output is ~350 lumens. I was playing around with various solutions for a lanyard attachment and ended up using a Dremel tool to cut a slot in the tail section. Done that to 3 1x123 McGizmo bodies so far. Sandblasted and flame-colored the whole body in my garage.
Last edited: Sep 17, 2011

Ti PDS Mizer for me. From day one, it has been the perfect light for me. Compact, perfect amount of light (on low our high, depending on application), durable, good looking, great runtime, etc. Others have come and gone, but nothing has made enough of an impression to unseat it.

DaFABRICATA said:
The LS20 has been my EDC for some time now.
Recently its gone through some changes.
Some days it sports a reflectored high CRI xp-g and neutral xm-l for flood, but tonight it has a triple xp-g and is still utilizing the stock 3mm leds for flood.

I'll post a build thread on these in the homemade and modified section when I can get to a proply functioning computer... 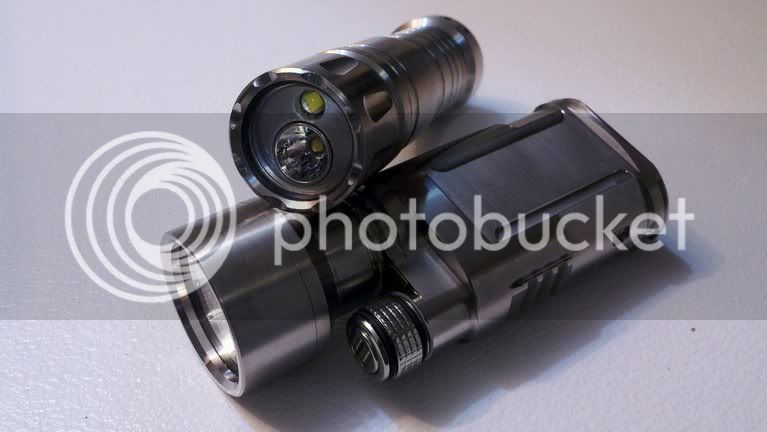 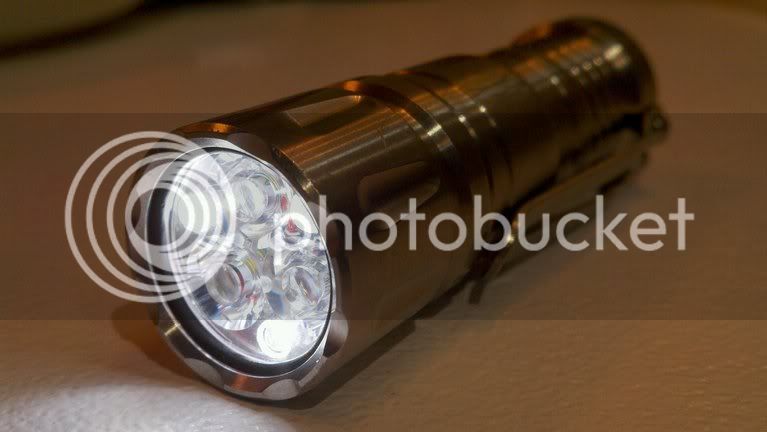 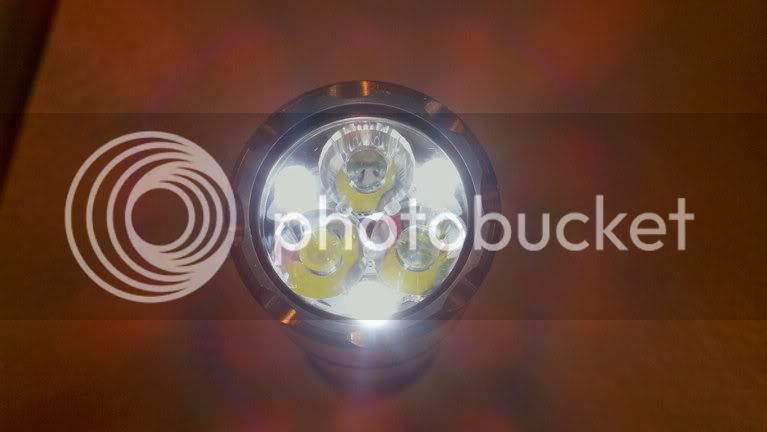 
The MAN is in the house.

I can barely contain myself.

Some don't appreciate the modifying of classics.

I think this sort of "standing on the shoulders of giants" is fantastic.

Props to you, daFab.
obi

Some don't appreciate the modifying of classics.
Click to expand...

A member wrote about installing trits in a Ti PD-S & I suggested not doing anything to that particular model. The PD-S cannot be improved upon IMO.

Neither would I try to improve the Mona Lisa with a can of Krylon :devil:
S

I love my Haiku. It is with me all the time. 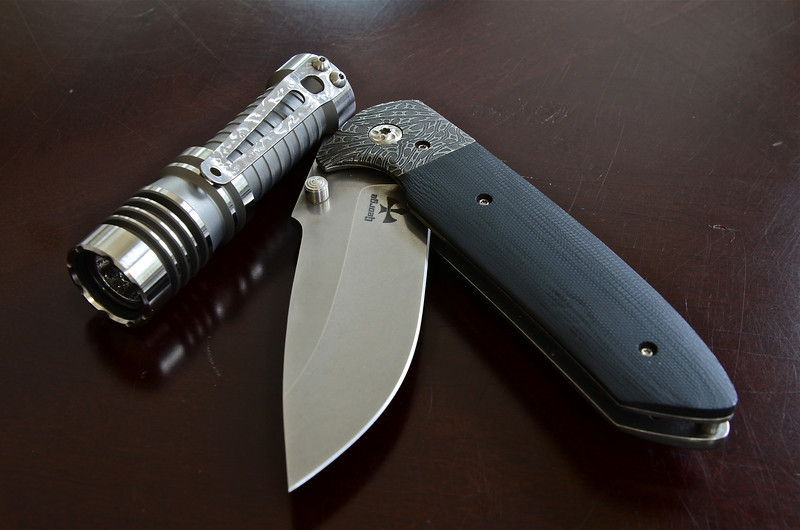 shigeru said:
I love my Haiku. It is with me all the time.

Love the Rockeye! Les George makes some really nice knives. Thanks for sharing.

precisionworks said:
Neither would I try to improve the Mona Lisa with a can of Krylon :devil:
Click to expand...

I don't think DaFab's work is equivalent to modifying the Mona Lisa with a can of Krylon.

I don't know if that's what you were saying, but for me they are first and foremost a tool rather than a painting or sculpture. Technically updating a classic McGizmo is more akin to building a classic hot rod rather than spray painting a unique one-of-a-kind classical masterpiece. There are purists that would demand their Mustang only have everything original for sure. But a new transmission and bigger engine doesn't ruin it, except in the mind of those purists.

I am not collecting for the sake of having a historical record of flashlights. I am collecting to have the most unique yet highly functional set of lighting tools I can assemble given my meager means.

I definitely see why certain lights (like the LS20) have a special place in the hearts of folks who got them when there were the newest best. I also understand why someone would never think of altering anything as special as a McGizmo light from the original configuration.

But I just don't feel that way. I love what DaFab and others are doing with Don's work to make them better tools than they were originally. I think I am making a distinction between technical modifications intended to improve function versus the addition of trits (which is silly). And unlike driving a new Mustang from 2012, having a classic modified under the hood is much classier and snazzier in my mind.

So if I imagine myself limited to carry only ONE McGizmo (which will never happen), I would want it to be a souped up LS20-PD that took more than a pile of cash (and a well-timed 'I'll take it' post) to acquire.

And I am working on it.

I don't think DaFab's work is equivalent to modifying the Mona Lisa with a can of Krylon.
Click to expand...

DaFABRICATA's work is superb, equaled by only a handful of people on CPF. My reference to the Ti PD-S addresses that one specific light only, not anything that DaFab or anyone else has done to other McG models.

precisionworks said:
DaFABRICATA's work is superb, equaled by only a handful of people on CPF. My reference to the Ti PD-S addresses that one specific light only, not anything that DaFab or anyone else has done to other McG models.
Click to expand...

Then we see eye to eye on this for sure. :thumbsup:

I would love to get something like that made one day...

So am I right in saying you can remove the light engine easily and swap between the configs? Awesome set up.

I would love to get something like that made one day...

So am I right in saying you can remove the light engine easily and swap between the configs? Awesome set up.
Click to expand...

No. The Lunasol lights are actually the hardest McGizmos to modify safely, because the emitters and reflectors are more complex than other lights. DaFABRICATA has clearly practiced on other, less expensive lights, and has learned what works and what doesn't. In theory anyone can do the same, but messing up a $750** flashlight is a big risk to take nonetheless.

Sorry just meant once the mod was done as there are two different setups..... I assumed (perhaps incorrectly) that from what he was saying he could swap between the two setups?
B 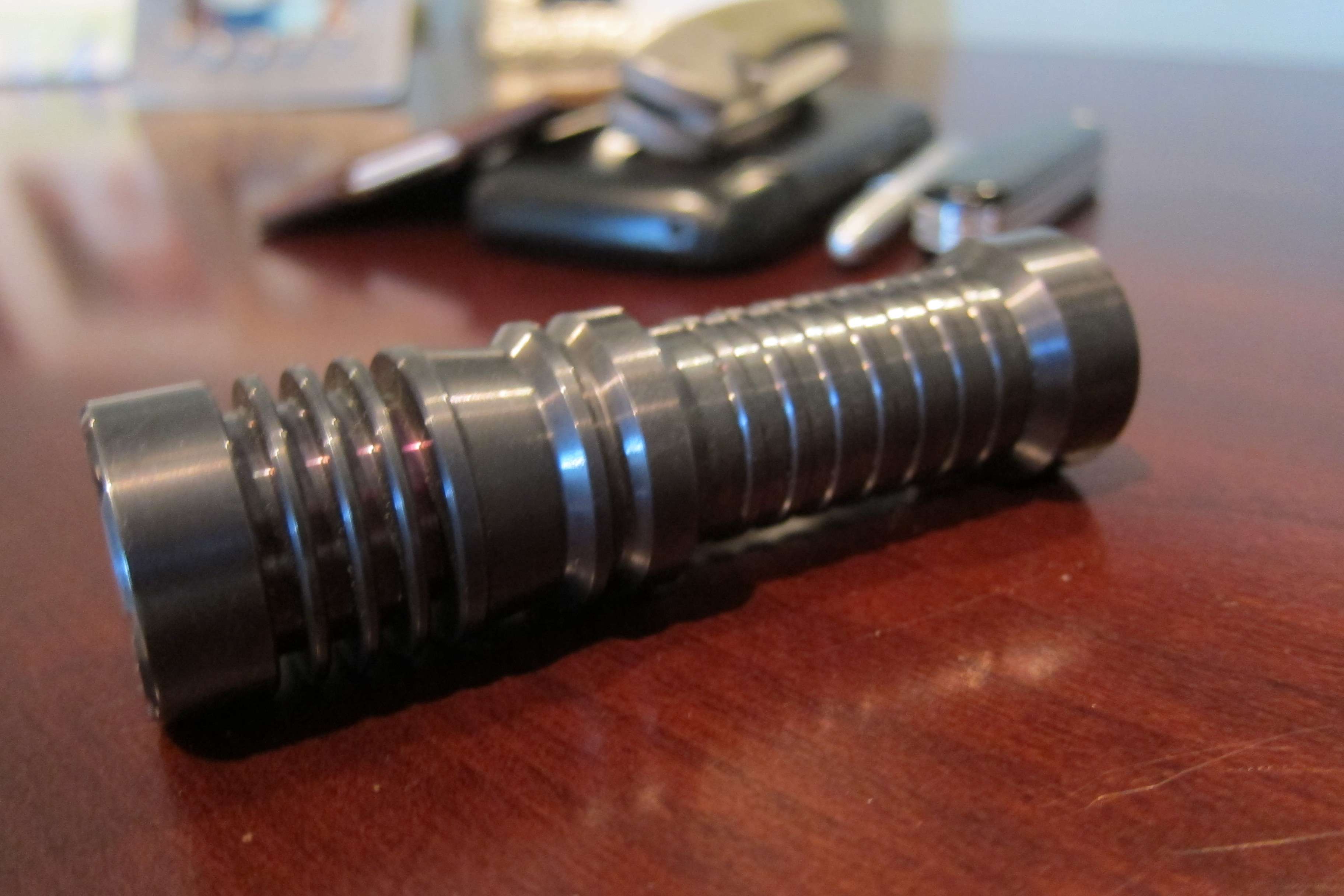 bmcgators98, that's gorgeous! Is that an aftermarket coating? Could you tell me where you had it done and how much?
E

looks so great, and where i can go to buy?
T

Edwina said:
looks so great, and where i can go to buy?
Click to expand...

Welcome to CPF! You can purchase the Haiku here directly from the maker:

THE_dAY said:
bmcgators98, that's gorgeous! Is that an aftermarket coating? Could you tell me where you had it done and how much?
Click to expand...

I actually picked this one up in a trade but here is were it was done. Not sure if he will do it again

I didn't know where to ask this, but it's EDC related so I'll just stick it here.

What is the black smudge that forms on my Haiku and Mule where they rub together as they are clipped on my pocket next to one another? I assume it's just super tiny Ti particles wearing off from friction and collecting, as I can wipe it off with a finger. Am I correct?

I assume it's just super tiny Ti particles wearing off from friction and collecting, as I can wipe it off with a finger. Am I correct?
Click to expand...

I don't believe you are seeing Ti metal particles but rather one of the oxides of Ti exposure to air (or water). These oxides form immediately after machining. Here's what the TiMet website says:

the oxide film formed on titanium at room temperature immediately after a clean surface is exposed to air is 12-16 Angstroms thick. After 70 days it is about 50 Angstroms. It continues to grow slowly reaching a thickness of 80-90 Angstroms in 545 days and 250 Angstroms in four years. The film growth is accelerated under strongly oxidizing conditions, such as heating in air, anodic polarization in an electrolyte or exposure to oxidizing agents such as HNO3, C(R)O3, etc.

The composition of this film varies from TiO2 at the surface to Ti2O3, to TiO at the metal interface^(2). Oxidizing conditions promote the formation of TiO2 so that in such environments the film is primarily TiO2. This film is transparent in its normal thin configuration and not detectable by visual means.
Click to expand...

F
so what's the NEXT McGizmo light going to be?
2

Beamshots Alephs and friends ( add yours ! )