I would like to offer some of my Mjölnir searchlights. I did a small batch for the public and four of them are available.

The Mjölnir-Project already started two years ago, and since then, they have been continuously further developed and improved.

Searchlight with aspherical two-lens set-up and no wasted light, due to an anti-reflection coated pre-collimater, directly mounted onto the LED with a viewing angle, that perfectly matches the diameter of the big aspherical lens in the front. The Result: A huge ~ 1600lm Spot with at least 600.000 cd.

The price is $360, including insured DHL shipping and PayPal-fees.

Please note, the following pictures are showing an earlier production model with a slightly different bezel. The new ones (click here) are 3mm longer for an improved lens protection and gunmetal HAIII anodized, for a higher durability. 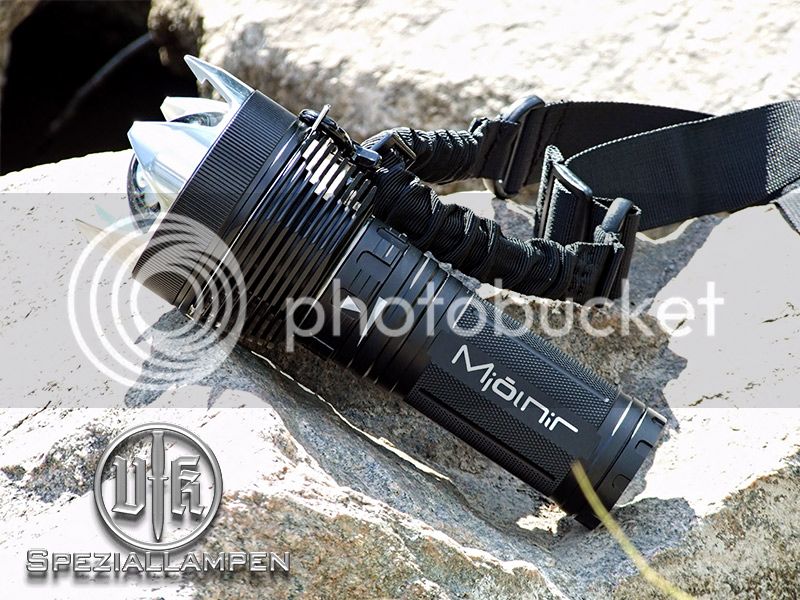 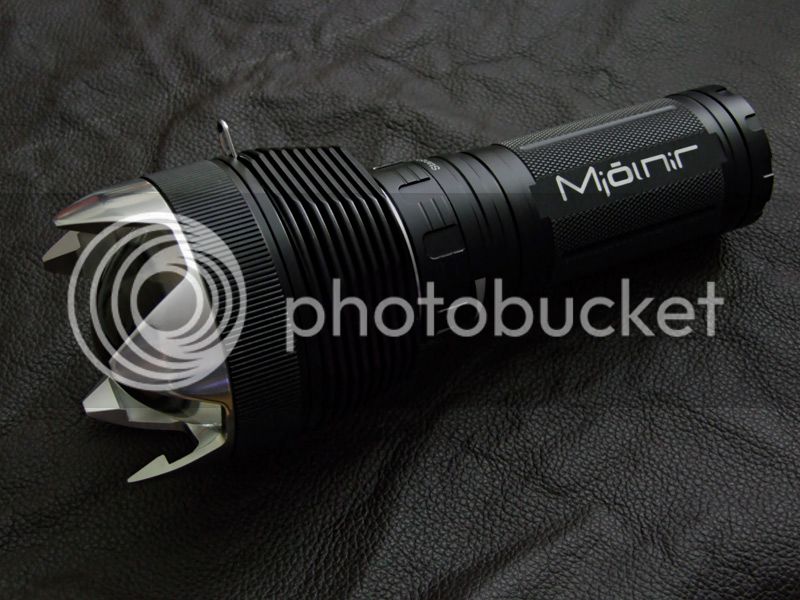 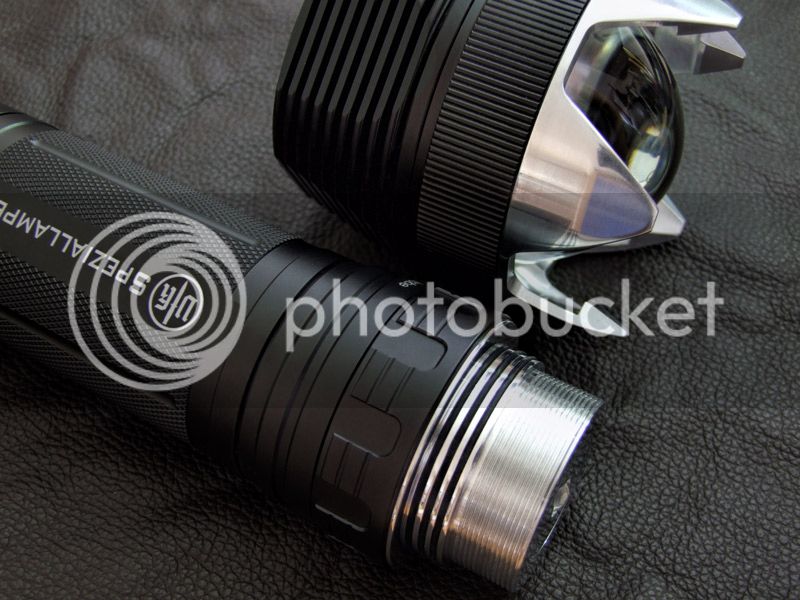 Here you can see, the light doesn't hits the inside of the head. There is also no adjusting. The Lens sits onto the LED/MCPCB and was designed to fit the diameter and focal point of the Lens in the front. 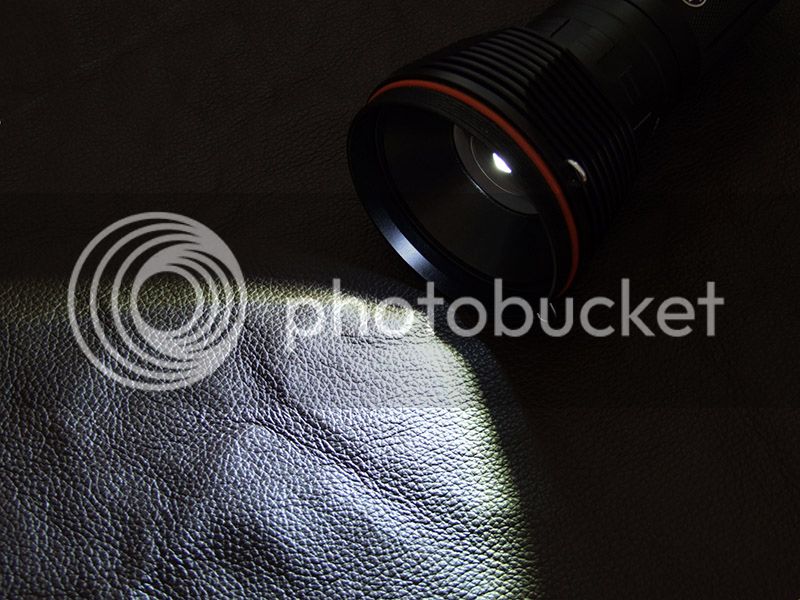 616 Meters to the house. Still with a diamond-treated dedomed XM-L2. The new and now equipped XP-L HI V3 is even brighter. 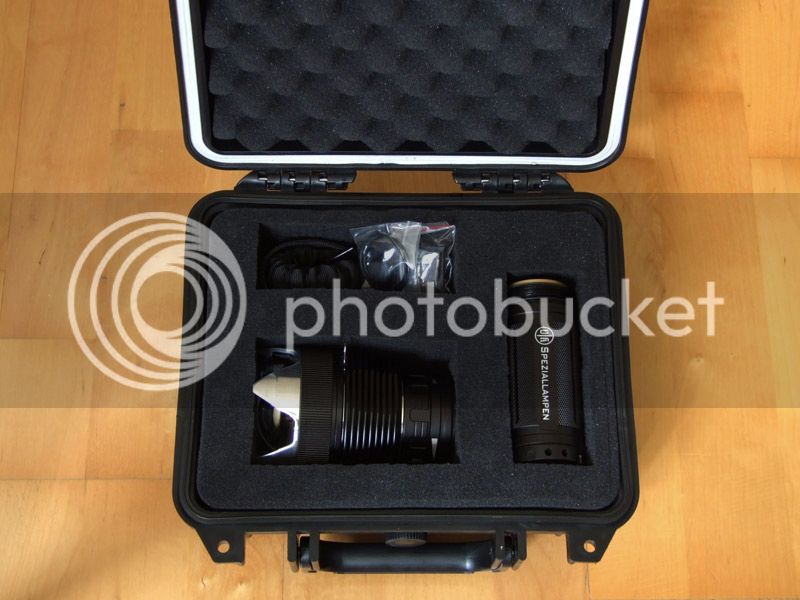 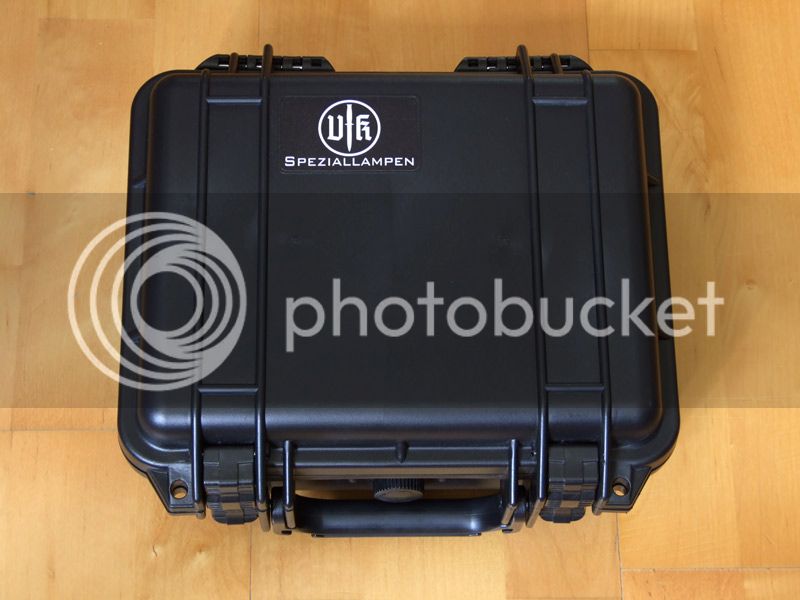 Replied. And all lights sold. That was quick... as usually.

Guys, remember, you can send me the light units for LED upgrades in future. I don't charge much more than the LED costs and shipping, if it's one of my babies.

Had a feeling those wouldn't last .... Congrats to all

Unfortunately,I have seen the thread only yesterday,so I missed the light.:sigh:
I hope I can buy a new one,if there is such a light again.
N

Great job! I'm interested in one as well. Could you post a beamshot against a white wall?

It would be interesting to compare with Deft X

Dmitriyrus said:
It would be interesting to compare with Deft X
Click to expand...

Apologies for taking this a little off topic, but since Vinz's Mjölnir is the subject of comparison...

In my opinion, these are pretty different lights:-

For one, this light is at a totally different price point compared to Michael's Deft-X or even its successor, the REV Victor Enthusiast when those were available.

Secondly, as Vinz mentioned, the XPL HI V3 in this iteration (and the XM-L2 U2 1A used in the earlier iteration 2 years back) result in a relatively large hot spot compared to an XP-G family emitter.

One huge plus point to consider is that Vinz has been using and perfecting this twin aspheric set-up over the past few years since the last iteration of the light. Unlike the Waiven collar, availability is less of an issue.

If you consider that this iteration of the Mjölnir is in the same neighbourhood, in terms of throw, as Vinz's XP-G2-based Blue Star from 2013, the Mjölnir was never about being the furthest throwing light, by any stretch.

Just for interest, there a few beamshots on TaschenLampen Forum by Markus comparing this iteration of the Mjölnir vs the original DEFT vs Thrunite's TN42C vs 2xFF4.

A link would be great if you can

YummyBacon! said:
A link would be great if you can
Click to expand...

But the spot will be much smaller. The purpose of this light is to have the biggest possible spot with a reasonable reach. I would actually try using an XP-L W2 to get more lux and lumens or even a XHP-35 HI oder XHP-50.2 de-domed.
J

How do I get my hands on one of these
M

Sounds like an amazing light for the price.
J