Hey Folks, new to the McGizmo world and building my family of Haiku's (my favorites!) and just picked up a new addition to the family. Only problem is that I'm not sure which LED it has. I believe there were 4 LED variations, XRE, 119, XPG and XML?

Here's what I know:

I know it's not the very distinctive XRE with the visible metal base that cradles it and can be seen at the base of the reflector.

I know it's not the huge XML because I have one of those already and comparing the 2 the one I just got is TINY!

I've had other XPG lights and don't recall them being as small as the LED in this one but I could be wrong. Could it be the 119?

The light seems more neutral than my XML and has a stronger hot spot and less spill. I'm thinking it's too neutral and too bright for the 119 but just not sure.

Gonna try to post some pics comparing the 2 I have but would appreciate some input in the mean time.

Either way I love it and it's a keeper, but would like to know what I have......thanks!

Sorry for the delay and poor pics (0 skills), the first pic is the new one, the 2nd pic shows the XML is on the left, thanks! 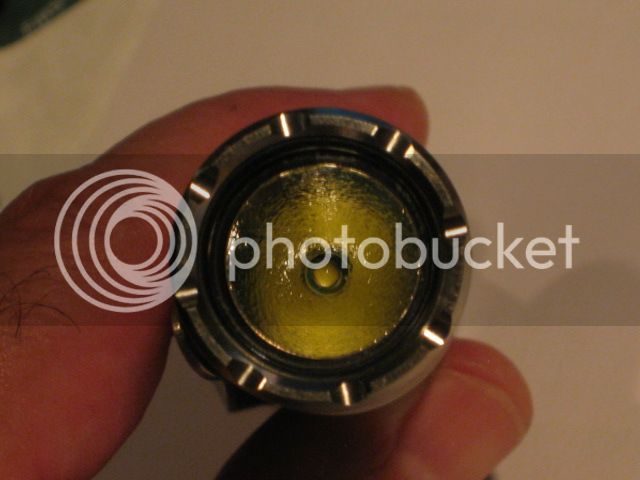 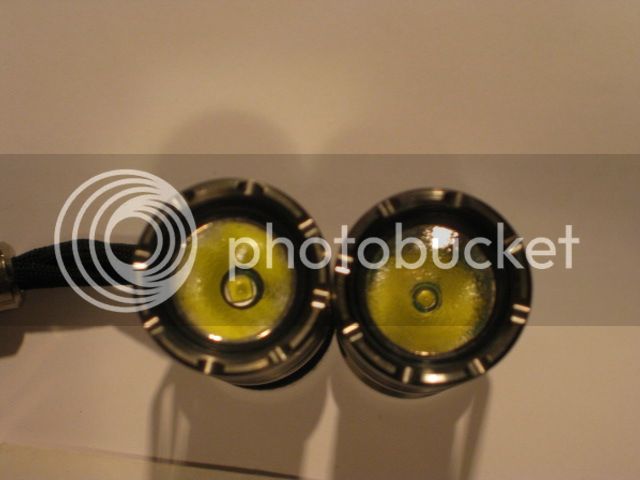 I know the XR-E has a different reflector.

The light that I have that has a high cri XPG has a small LED. You may have one that someone has done a swap of the LED. If you email me photos I can host / post them. Email them to my screen name @gmail.com if you want me to post them.

Yes, photos are key to help identify the emitter

welcome to the club
C

Keep in mind that some custom builders/modders also built light engines for the Haiku.

For some reason I thought the XRE was no longer used, I really don't know, is this true.

RedLed said:
For some reason I thought the XRE was no longer used, I really don't know, is this true.
Click to expand...

Pics added and sorry for the poor quality. As I look at the XPG thread I'm thinking XPG?

By the way, both engines seem to be untouched and both have the red dot intact so not thinking it's been altered.

Tint definitely not warm enough to be a 119 and brightness seems very similar to the XML which further leads me to think XPG. Seems to be close to 200 lumens best I can tell by eye. It also has a more distinct and brighter hot spot and more throw than the XML. What a great light!

That's right, when I got my first Haiku, Don was had switched to XPG and that is one I still have. And love.
J

tobrien said:
welcome to the club
Click to expand...

XPG, you can tell by the green die board (or whatever its called) around it. a XP-G2 would be silver.
E

Just unthread the light engine and take pictures of the LED. You will see that there are couple slots on the back of the light engine. Grab those with your fingers and unthread it. You can screw it back in when done.

I see green, so I think it is XPG.

FroggyTaco said:
Whereas the XM-L appears to be on a silver board so it's likely XM-L2
Click to expand...

Because of the size of the emitter and the green board I'm going with XPG as well.
J

It would appear that the mystery has been solved and the verdict is in....XML and XPG!