Don't miss your chance to get your hands on a Titanium or Midnight Blue version of these updated Foursevens classics.

What's new in these 2021 updated lights:

Pre-orders have been coming in fast and furious, but the window is closing.

You have just over 24 hours to get your pre-order in for 25% OFF the normal retail price. The new Minis will ship end of November.

Link below to get in before it closes.

Note: the 25% OFF discount will be automatically applied when you add to cart.

Thanks for your support!

nbp said:
I sure don't need another light, but I like my blue Quark so much I might have to get a blue Mini to match. I love the emitter, but wondering if the beam is a similar nice smooth punchy flood as the Quark, or if that optic collimates the beam more than I would like. If the optic is the same as the previous model, can anyone comment on the beam pattern compared to the MKIII Quarks? Thanks.
Click to expand...

Hey NBP,
I have them coming. I can't say for sure, but the standard Mini's have an optical insert vs a reflector.
I'm confident the beam shape and quality will be OK.
GL

Got Lumens? said:
Hey NBP,
I have them coming. I can't say for sure, but the standard Mini's have an optical insert vs a reflector.
I'm confident the beam shape and quality will be OK.
GL
Click to expand...


GL. My Dude! Up date, please. When are they scheduled to ship?

Thanks man. I did end up ordering two of the Minis, one for me and one for a friend anyways. Couldn't pass it up.


Got Lumens? said:
Hey NBP,
I have them coming. I can't say for sure, but the standard Mini's have an optical insert vs a reflector.
I'm confident the beam shape and quality will be OK.
GL
Click to expand...

Chauncey Gardiner said:
GL. My Dude! Up date, please. When are they scheduled to ship?
Click to expand...

CG,
I can ask.
I'm sure it maybe related to the west coast ports backup.
I'll update when I have any.
GL

Got Lumens? said:
CG,
I can ask.
I'm sure it maybe related to the west coast ports backup.
I'll update when I have any.
GL
Click to expand... 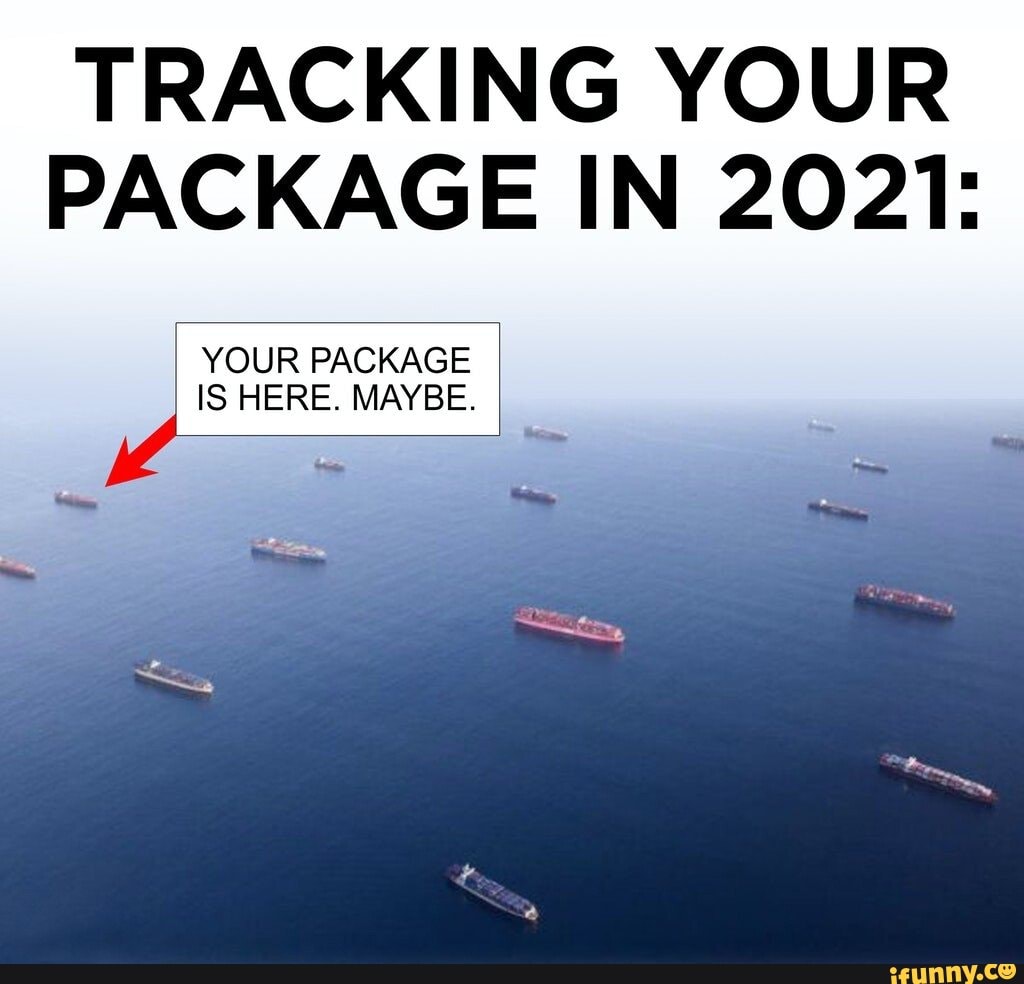 Got Lumens? said:
CG,
I can ask.
I'm sure it maybe related to the west coast ports backup.
I'll update when I have any.
GL
Click to expand...

If they aren't going to make the "end of November" ship date stated in the email, I feel they should send out an email to those who preordered just to give them all a heads up on the situation.
D

I just received an e-mail, I'm not sure if I can copy and paste it all here, but long story short, the factory goofed up the mode changing timing making it darn near impossible to switch the light off and on quick enough. An update will be sent out in a week or 2 once they have a plan as to how to move forward.

Would you rather be the guy having to wait for your new flashlight to be fixed, or the guy that has to get all of them fixed?

Sorry this happened to you Jason. Thank you for letting us know.
D

Chauncey Gardiner said:
Would you rather be the guy having to wait for your new flashlight to be fixed, or the guy that has to get all of them fixed?

Sorry this happened to you Jason. Thank you for letting us know.
Click to expand...

It's a sh**** situation for everyone really. Seems Jason has really bad luck with his manufacturer(s). One copying his design for the Beta, the bad initial launch of the Preon MKIII and it's poor runtimes, the follow up with it's mode memory after using turbo and I want to say there were some other problems along the way.

I'm glad we at least have our answer.

Rest assured if You have questions about your pre-order, please jot a note to: support @ darksucks . com (remove antibot spaces). Here an update to the situation, a copy of Jason's note:

First, thanks for your support and patience. We couldn't do this without you. Truly.

As you know, our ship date was the end of November and there's good news and bad news. The good news is we received the shipment last week. The bad news is that we can't ship your lights on time. This email is coming a little late because I've been trying to get a handle on things.

Problem: Upon inspection we discovered an issue with the mode change timing. The cycle time is far shorter than it should be, making it very difficult to cycle the light quickly enough to change modes. I spent several days carrying a light trying to convince myself that it would be okay, and it is not.

Cause: The factory made a change to the PCB design without telling anyone, so the lights we received were not the same as the samples that were approved. I'm still working to understand the exact reason for the change, what was changed, and how to remedy this. Regardless, the entire shipment of 4K lights will need to be reworked. This is a huge task, and will take time.

Resolution: I'll reach out in a week or two with more details once we fully understand the issue and have a plan to move forward. Right now the priority is satisfying all of your pre-orders as soon as possible. However, given the time of year, that could be a month or more.

Delivering an outstanding product is always my priority and I sincerely apologize for not meeting our obligations.

Please also know that this is not a case of anyone on our team being negligent, careless, or asleep on the job. We strive at all times to deliver outstanding products, on time. I speak for everyone at Prometheus Lights when I say that this issue affects us deeply.

Please be assured we'll be working with all speed to rectify the situation as fast as possible.

Your patience and understanding is greatly appreciated.

It's been a month since the update email, does Jason have a better understanding of things and how to handle the situation?

Came here for an update as well...

I'll inquire for You

As Promised here is Jason's response.

Sorry about the delay in this update. I managed to get quite sick and spent 10 days in bed (not Covid thankfully). I've been going back and forth with the factory for the last month. If you've been with us for a while, you know that I make updates when there's actual information. If an update is later than expected, there's also a reason for that You also know that I'm 100% transparent and never feed you BS to look better.

So here's the current status:

The good news is that we've identified the problem.

As you already know, the factory changed the PCB design without telling us, and made an error in the firmware. The reason they made the change was because they were observing a short circuit between the pill and the PCB during assembly. So that's a valid issue. Making unauthorized changes is a violation of our contract, but contracts are basically hot air. They certainly don't solve problems.

After days of diagnostics and testing I confirmed the short circuit, but I also confirmed the short circuit occurs because the PCB is installed backwards. They were claiming a large component near the edge of the board was shorting out, but it was actually a different part of the PCB. The pill has a cut out "window" on one side that leaves an "air gap" so the component (a capacitor and the + LED wire) will not touch the pill. So if you install the PCB correctly there is no short.

They found a legitimate issue, but did not correctly diagnose it. I have asked them to confirm my observations on their end, but they have not done so at this time. However, I'm about 99% certain that incorrect installation was the issue. I attached some photos so you can see what is going on.

The bad news is we are probably still two months from shipping.

As I mentioned this order contained 4K lights and about 600 of them were sold in the pre-order. Right now the plan is for them to manufacture 600 new pills ASAP, using the correct (original) PCB design. A "pill" is a subassembly containing the LED, PCB, and a machined aluminum carrier that holds both of them. They will ship us the new pills and we will rework the pre-order lights at our shop here in the US. I'm not sure what's going to happen with the other 3400 lights, but that's my problem, not yours.

The trick is getting those parts shipped from the factory before Chinese New Year, which falls on Feb 1st, 2022. The entire country is on holiday for at least 1 week, but generally speaking, no manufacturing happens for two weeks. Just making the pill requires parts from 5 different vendors, and they are on different schedules.

I'll make another update when I have an idea of when we expect to receive the replacement pills. Once we receive them, we'll start reworking and shipping lights as fast as we can.

Thanks again for your understanding and sorry for the continued delays. I hope you recognize that we are doing everything within our power to get these lights to you as soon as possible. This is #manufacturinglife at its finest.

When you say “installed” backwards, it seems like they were installing the PCB rotated 180 degrees?

At least the problem has been identified. Hopefully no other issues will arise.

Thanks for the update
S