Steamlight has had the Polytac series of budget polymer tactical lights in their line up for many years. The latest version is the Polytac X which runs on 2X CR123A's or a single button top protected 18650.
The original Polytacs that are designed to run on 2X CR123A's only are still being offered, including the HP version with a larger reflector for increased throw. 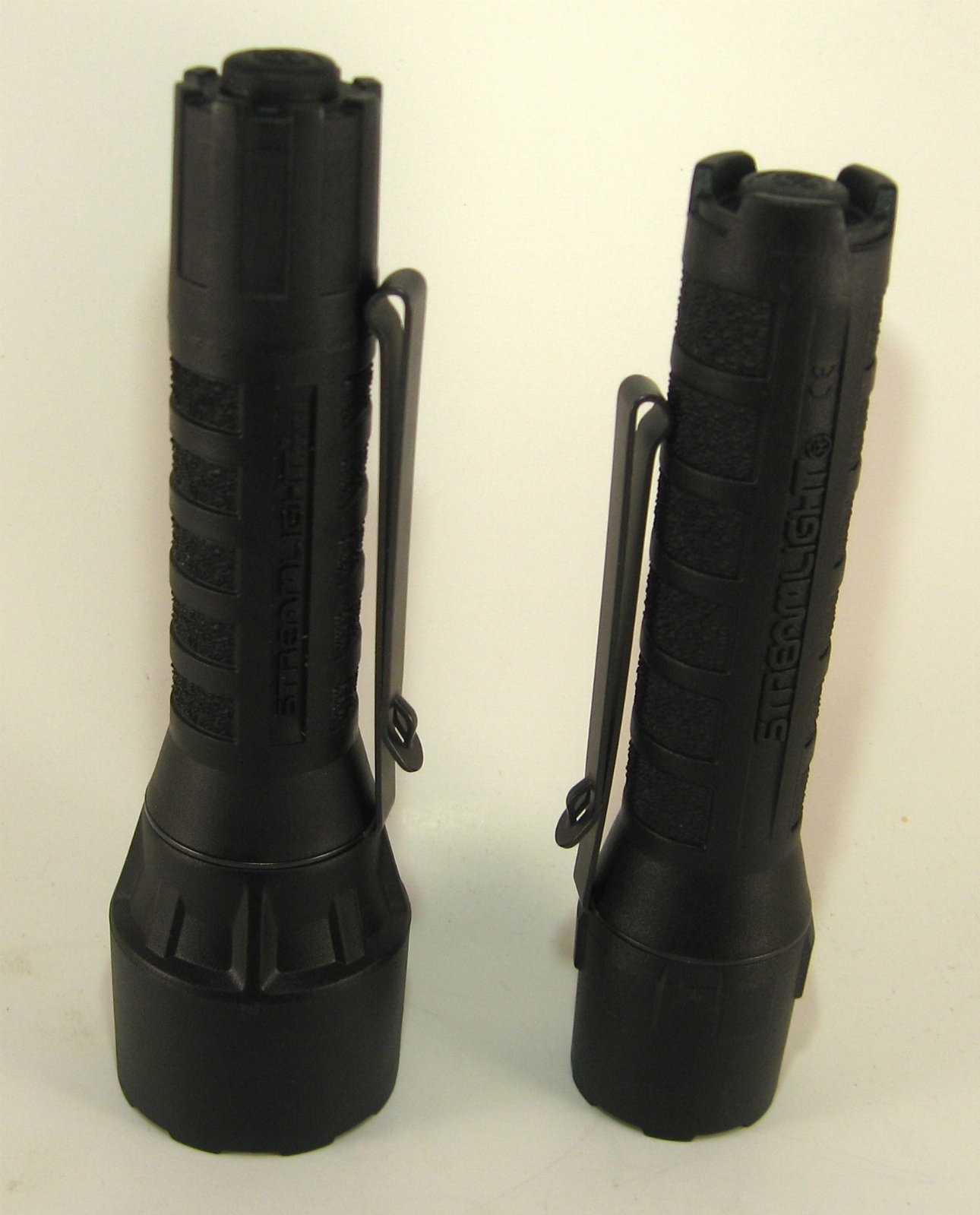 I have a Polytac X which I like, but as with most lights of this size I kept wishing it had more throw. That got me interested in the Polytac HP even though it is not bored out for 18650's. It turns out the HP was upgraded in many ways along the lines of the newer Polytac X – 600 lumen output, new S style clip and one piece polymer body with integral/non removable tail cap…...but for some reason Streamlight failed to take the next logical step and use the slightly larger 18650 size battery tube that the X version uses.

Aside from the larger reflector and slightly smaller battery tube diameter, the HP differs from the X version in that the tail switch is not shrouded (which I much prefer for easier access even though it precludes tail standing), the window is poly-carbonate instead of glass, the HP is marked with a serial number and the HP is made in China while the X is assemble in the USA (many of the components appear to be the same). 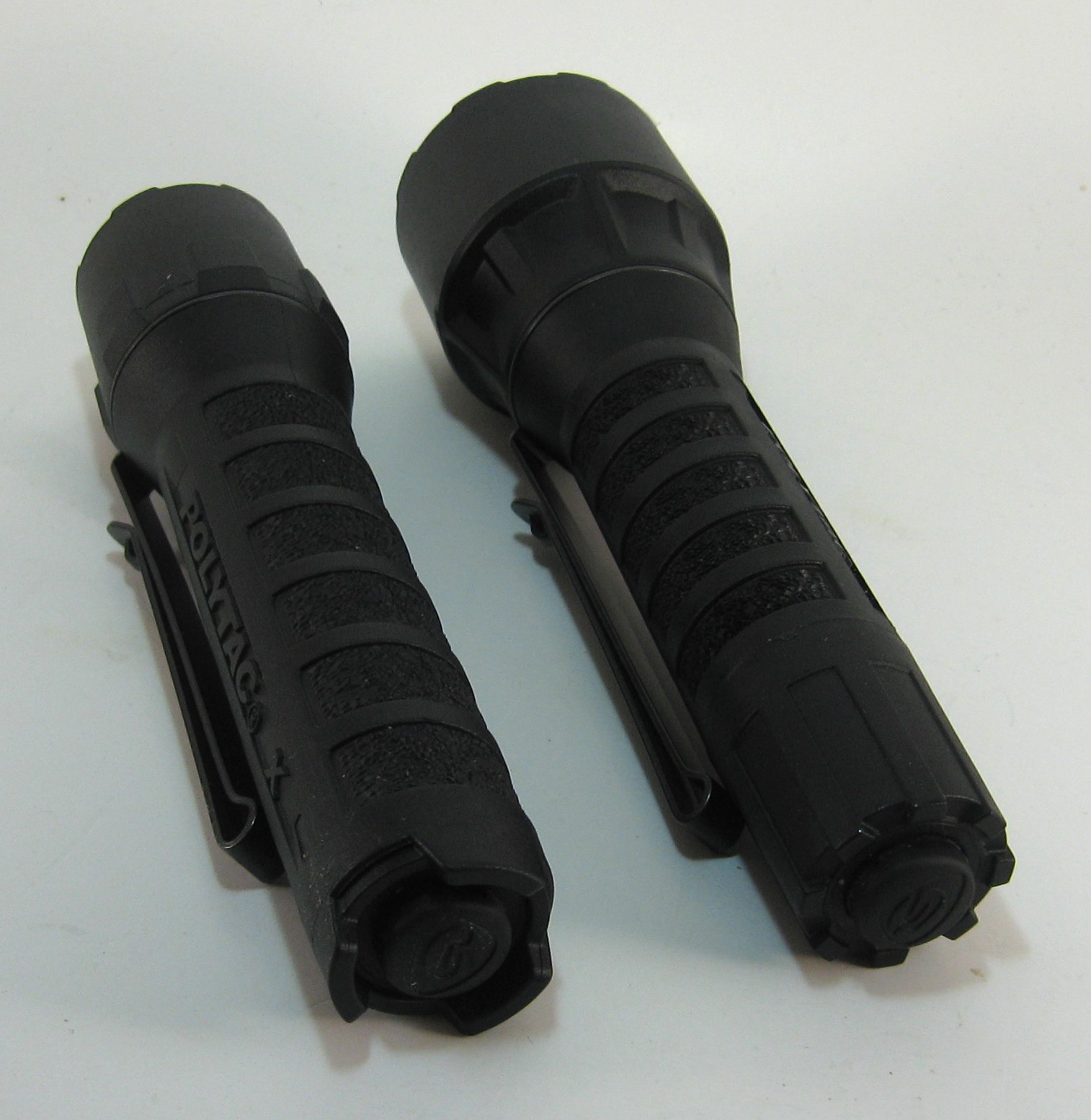 The HP sure can throw! I compared it to a Mag ML25 and it threw nearly as well. I was surprised until I realized that the reflectors were basically the same diameter and the HP a good bit deeper. The ML25 likely wouldn't throw as well if it didn't have a smaller LED (XP-E vs XP-G?). 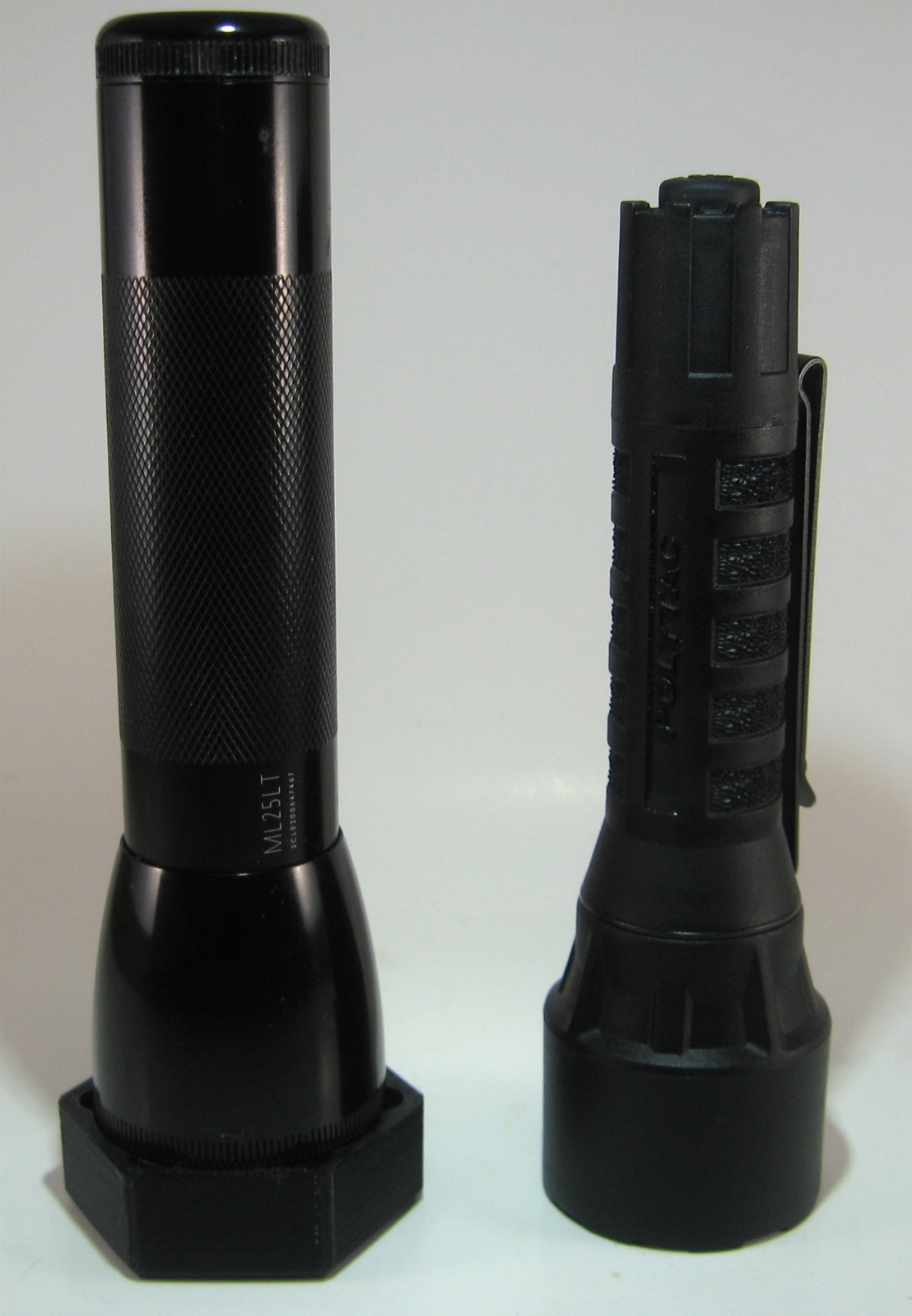 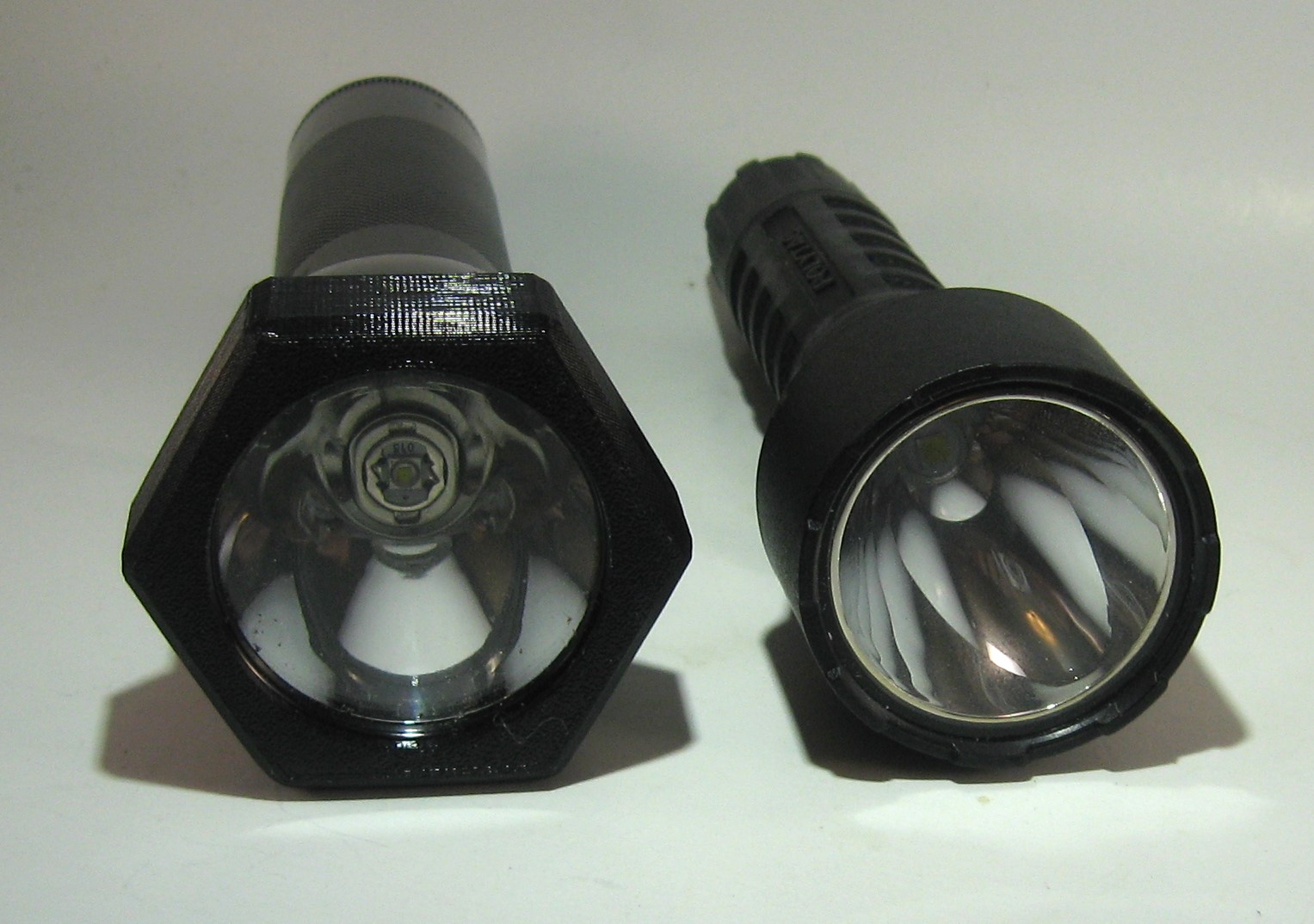 Another thing I learned is that the current version of the HP will Lego with the X. In other words, the heads and bodies will interchange! So if you have both, you can run an 18650 in the X body with the HP head. 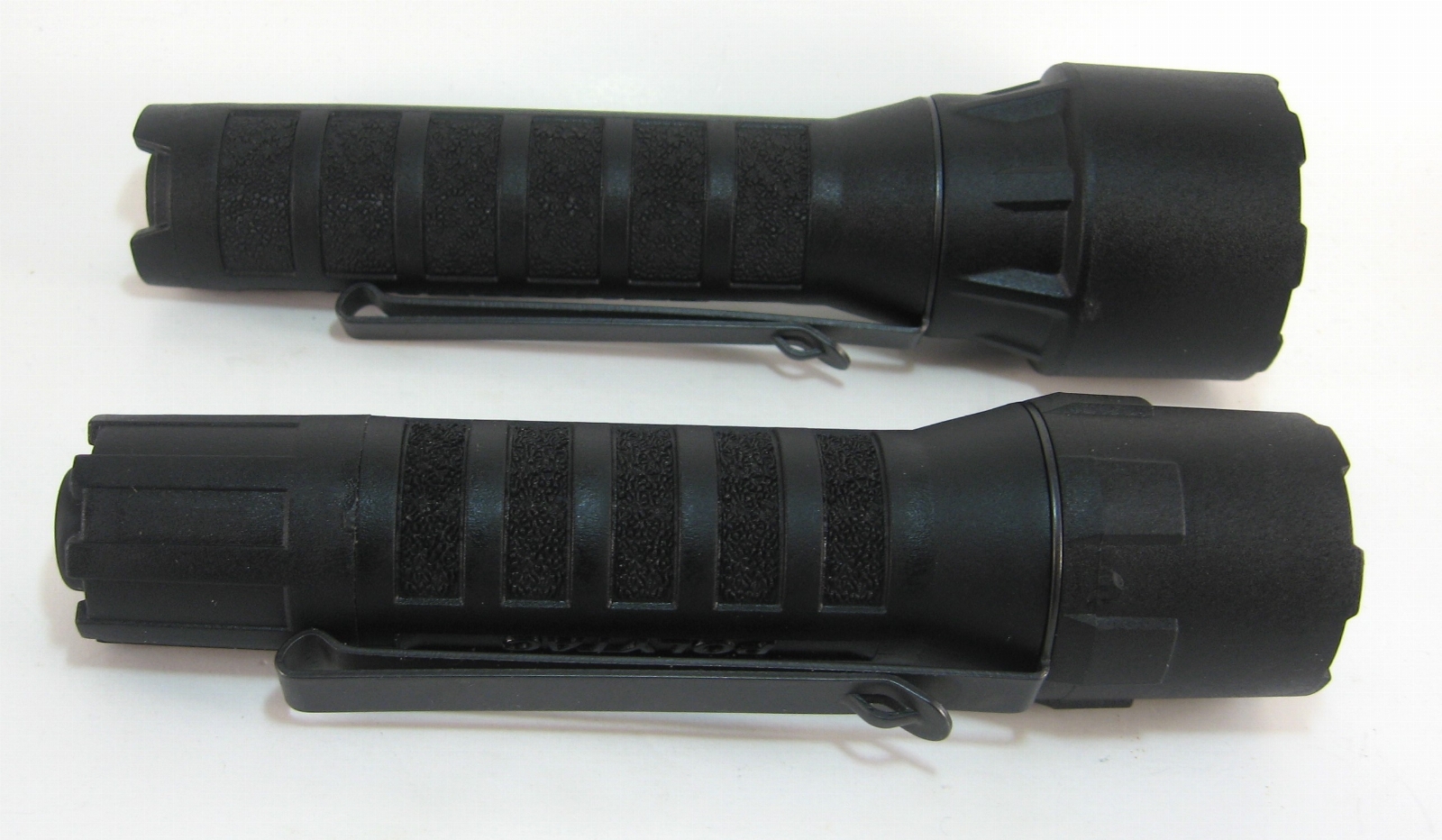 Keep Power makes a very good protected button top 16650 that works very well in the HP and most other 2X CR123A lights (though of course you don't get as much run time as you would with a typical higher capacity 18650). 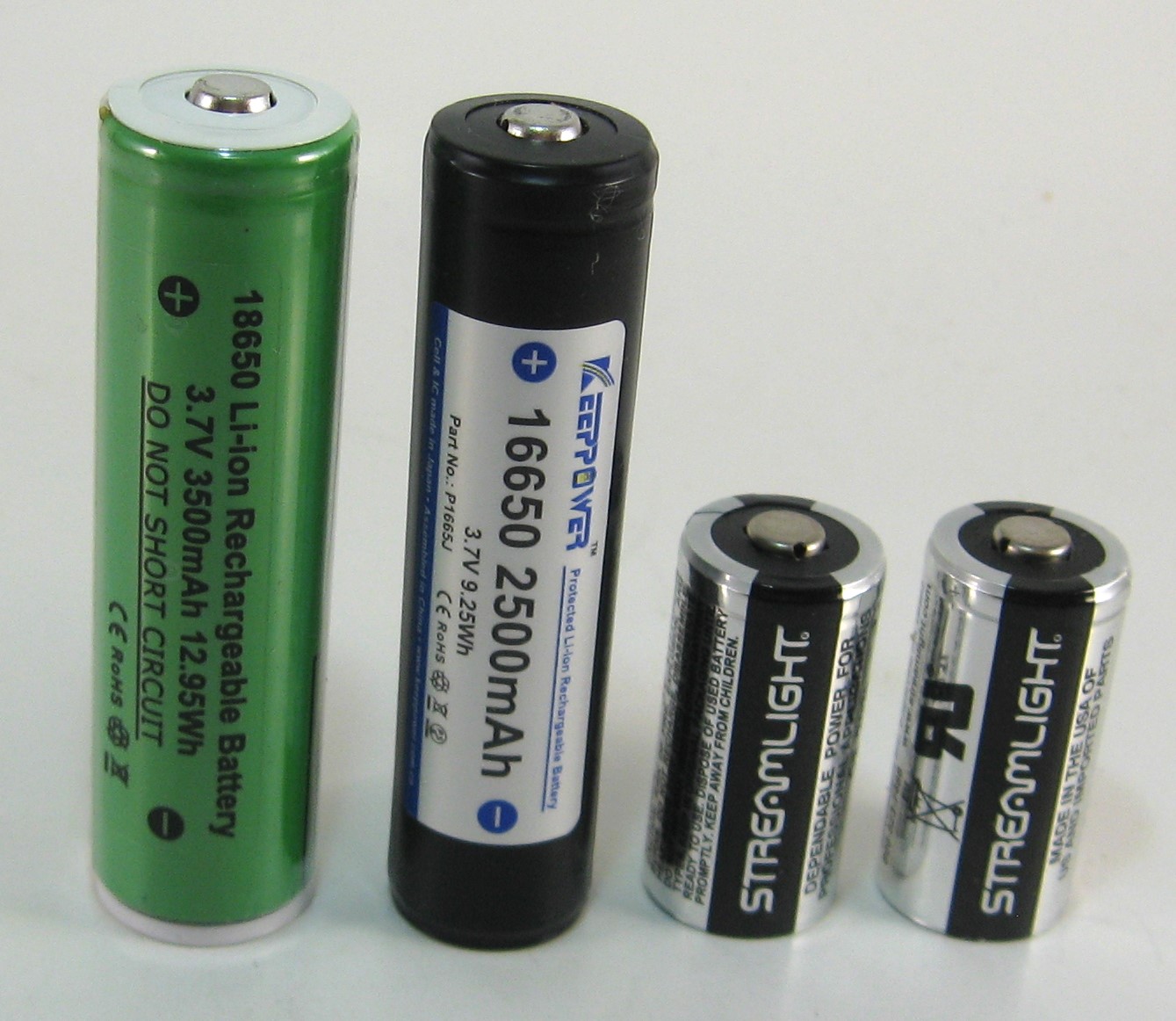 Streamlight also offers a pretty slick polymer duty belt style holster for these lights (it will work with the clip on, but I prefer to remove the clip when using this holster). 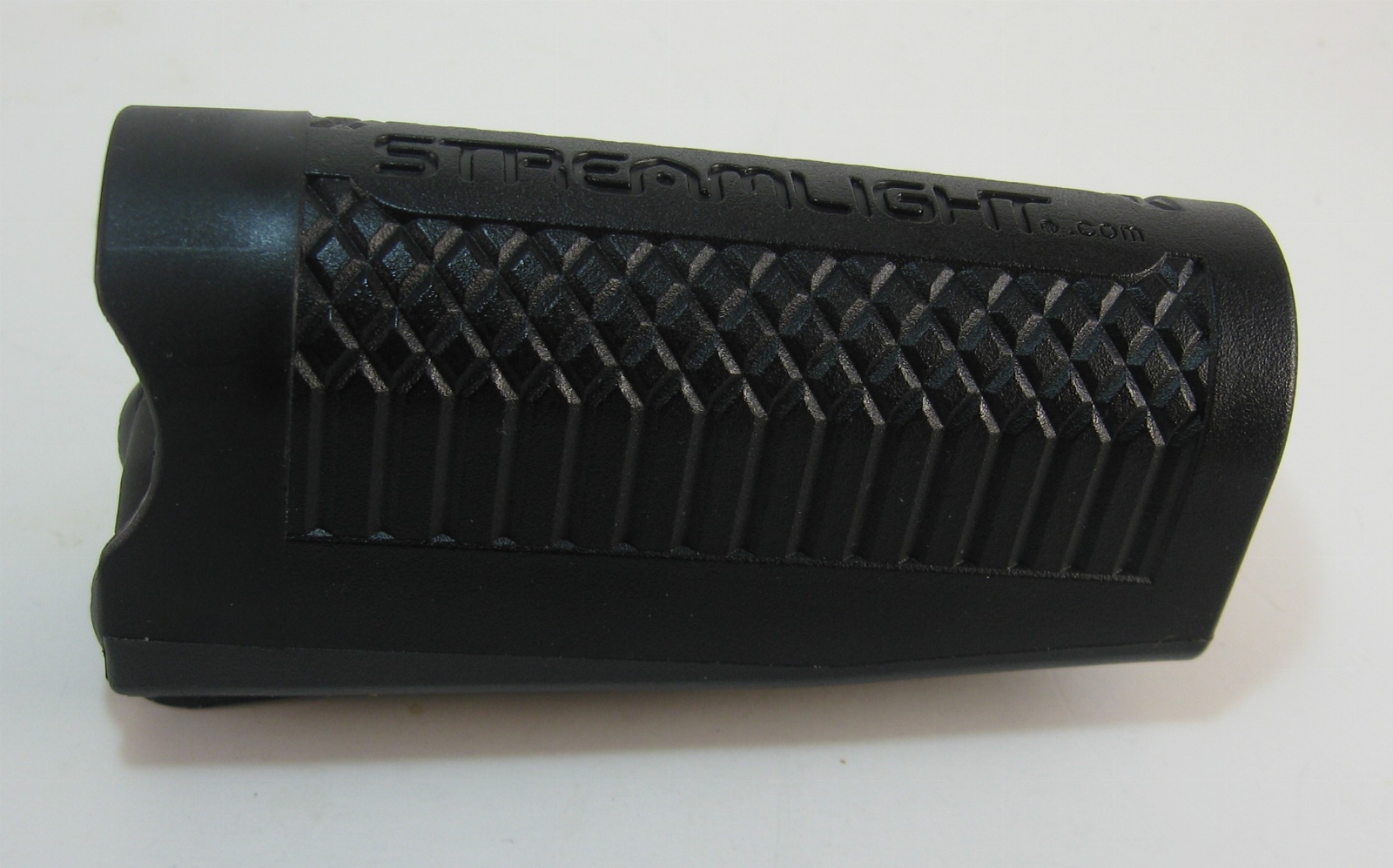 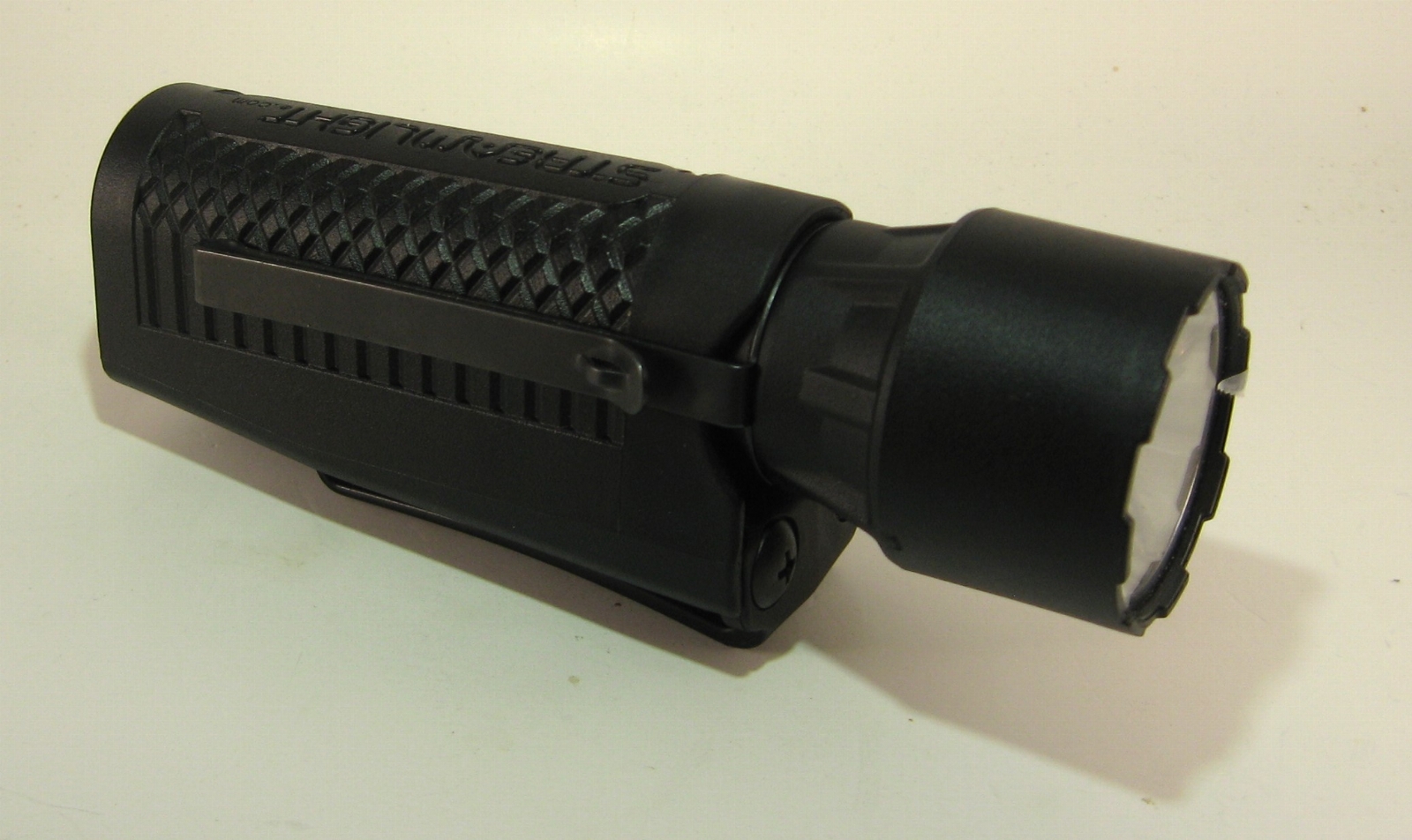 And both Polytacs will also work well in the Maglite nylon holster for C cell lights.

Some things I wish SL would change, aside form the 18650 tube in the HP:

A warmer, more neutral tint LED like SL uses on the 1L-1AA.

Getting rid of the shroud tabs that surround the switch on the X.

And using a heavier/tighter fitting spring on the heads that makes contact with the battery tube. The spring they use now don't snap on securely and can fall off when changing the batteries. If the spring gets lost, the light won't work. 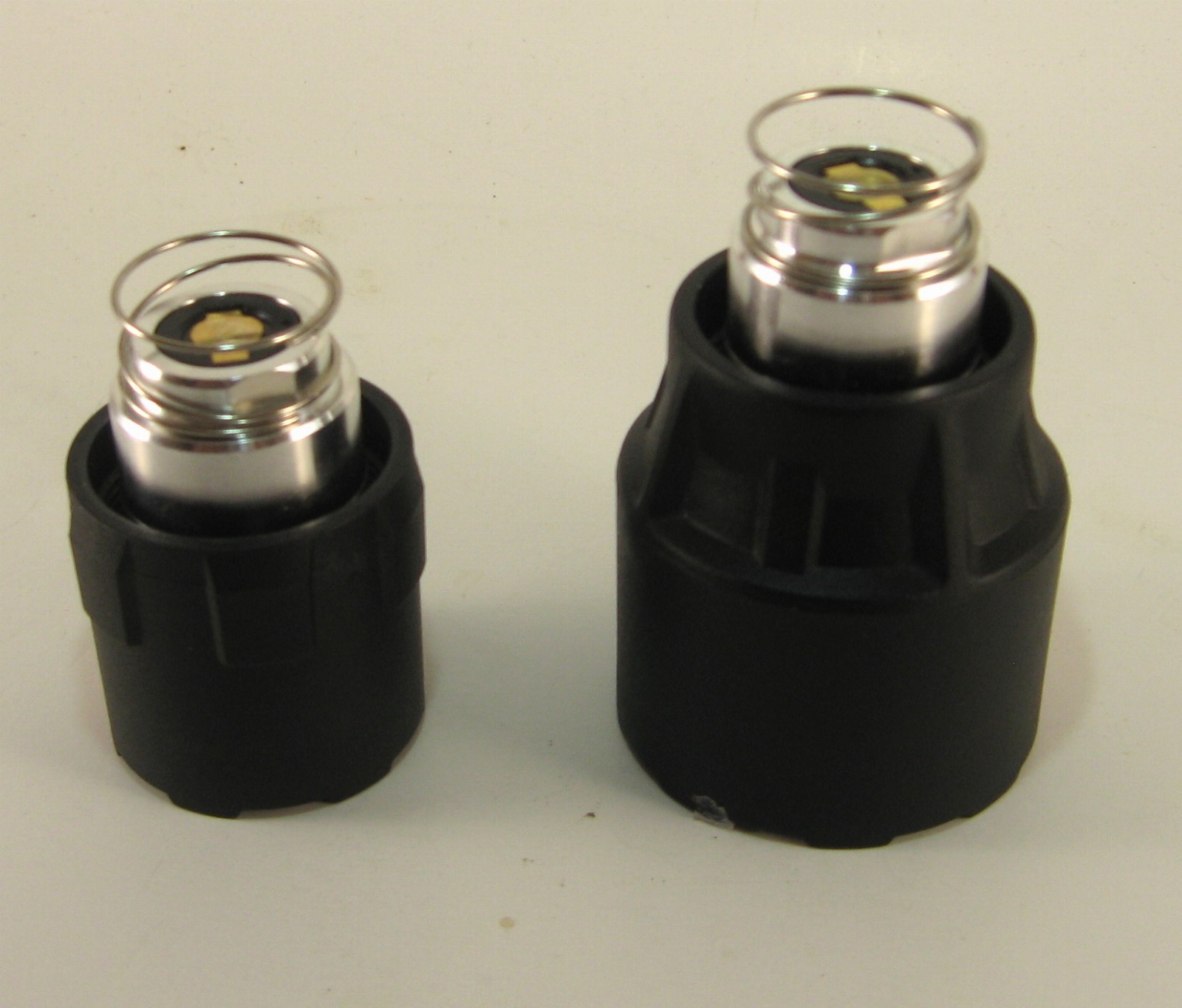 Overall the Polytac HP is an excellent budget tactical thrower. To make it more versatile, I 3D printed a diffuse and stand for it to turn it into a lantern as I have done with various Maglites and the Streamlight 1L-1AA. 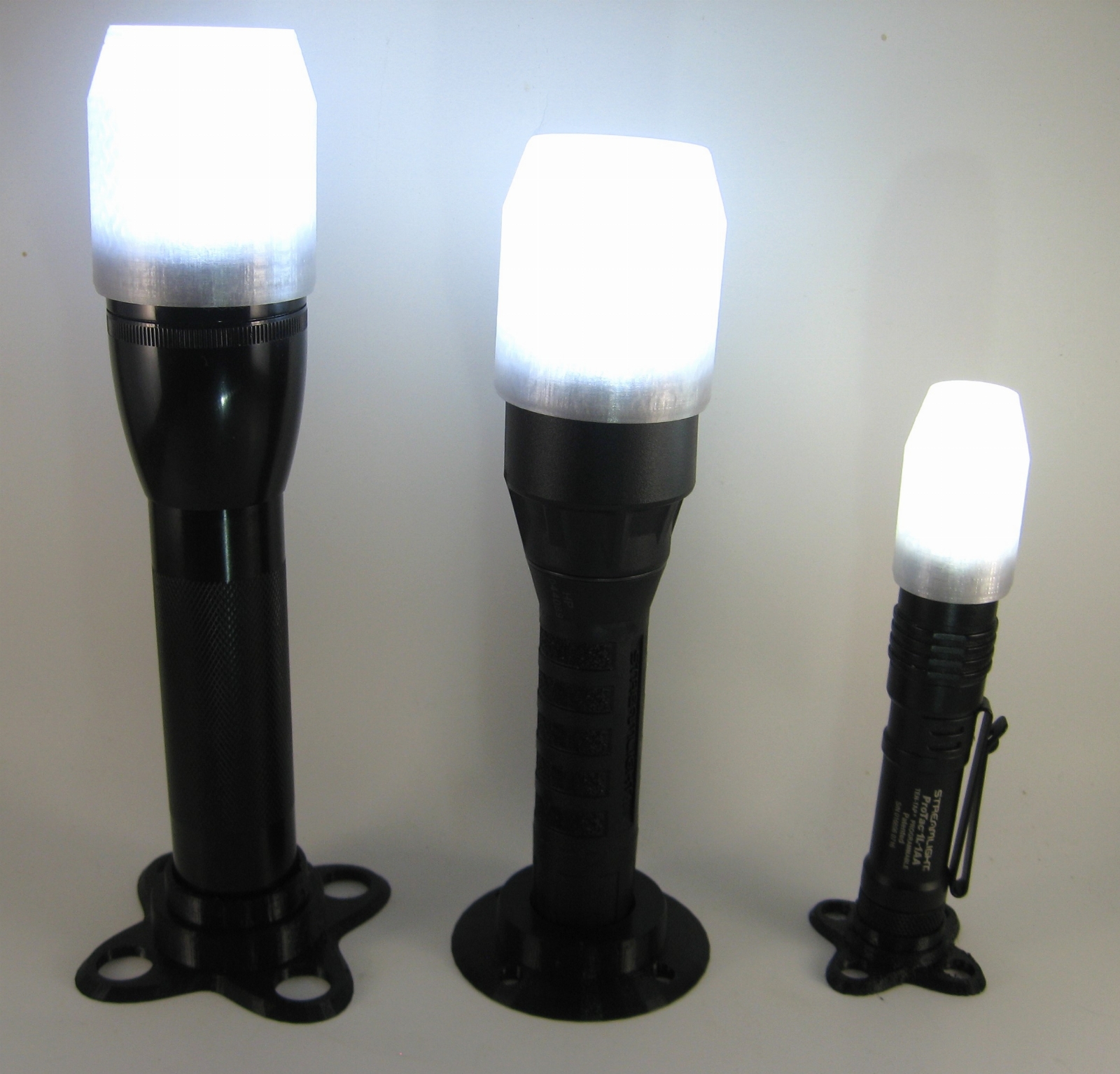 I never realized the bezel was that much bigger on the HP. I've always wanted to try one since I got a regular Polytac six years ago.
These are great lights. About as durable as a framing hammer.

A good review, thanks for going to the effort.
X

If anyone is looking for a traffic wand for the HP, the ones for the Maglite ML25 will fit. The wand sits a little deeper than on the ML25 and is not quite as snug, but it fits good enough to work. 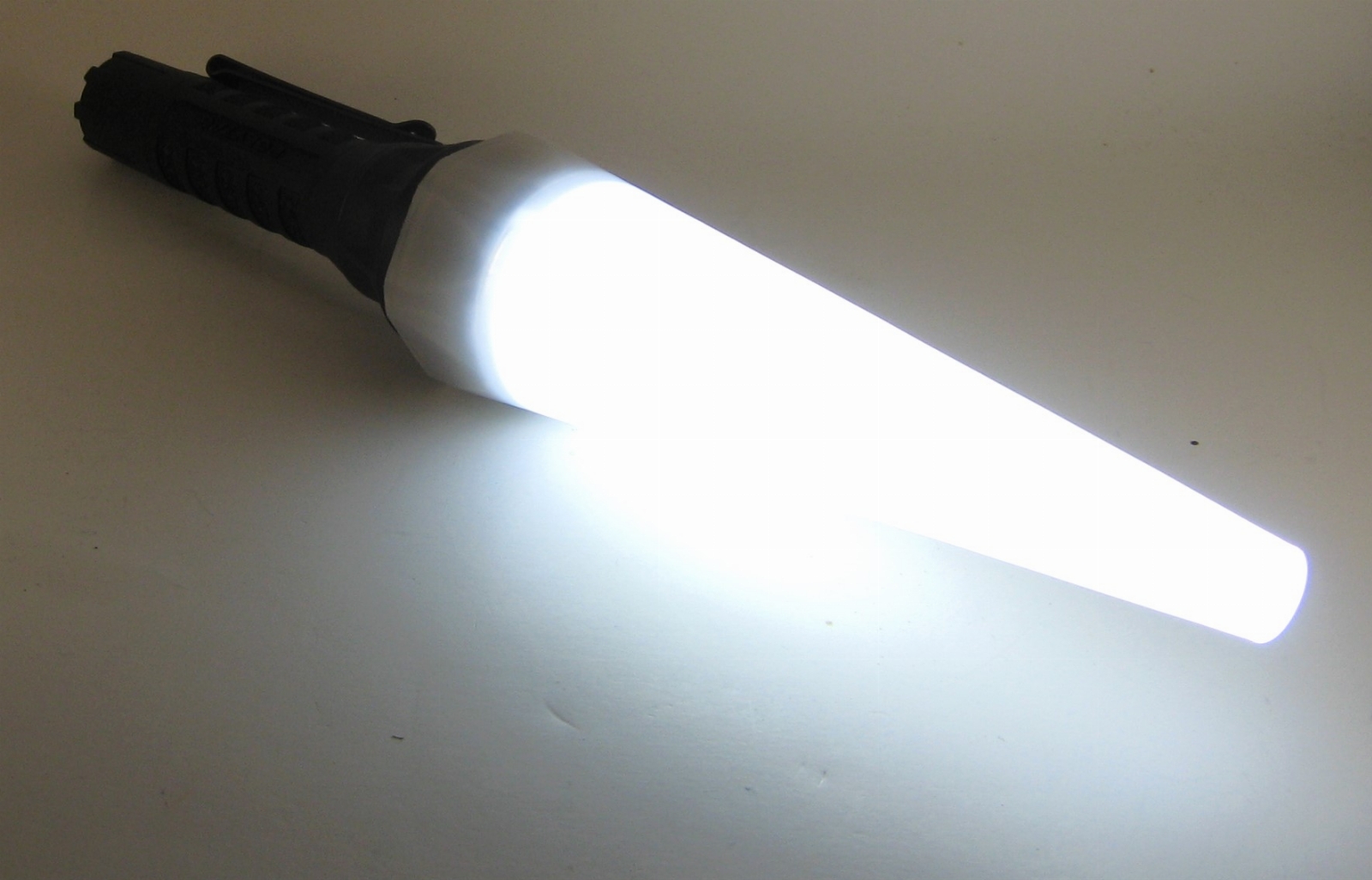