The final release version of the MM18 is almost ready. In the meantime, I have updated the main review with results from a new late-model prototype.

Here is a summary of all the new info on the final prototype - and presumably, the shipping version which is due out imminently. Note that the new design, with switches above and below (instead of side-by-side). 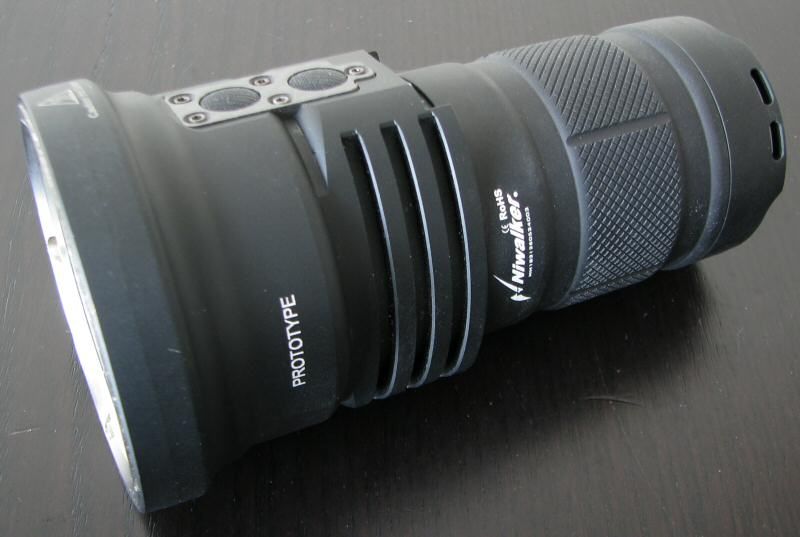 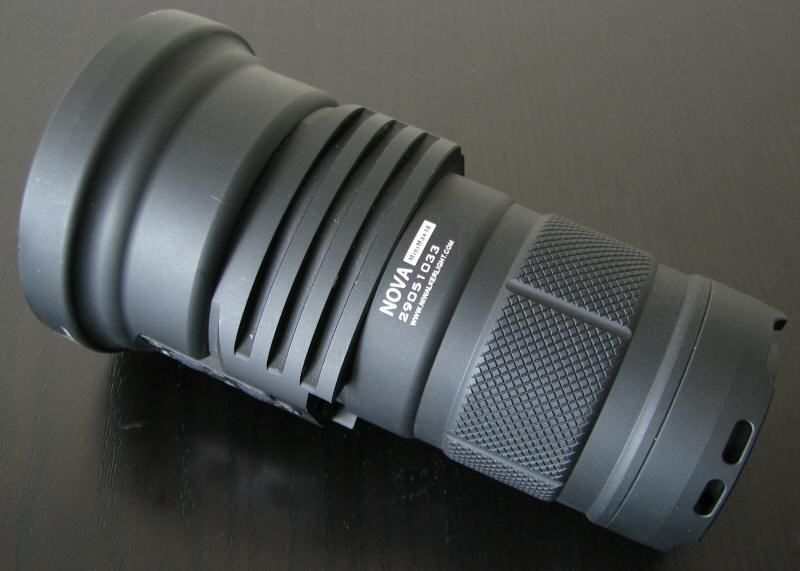 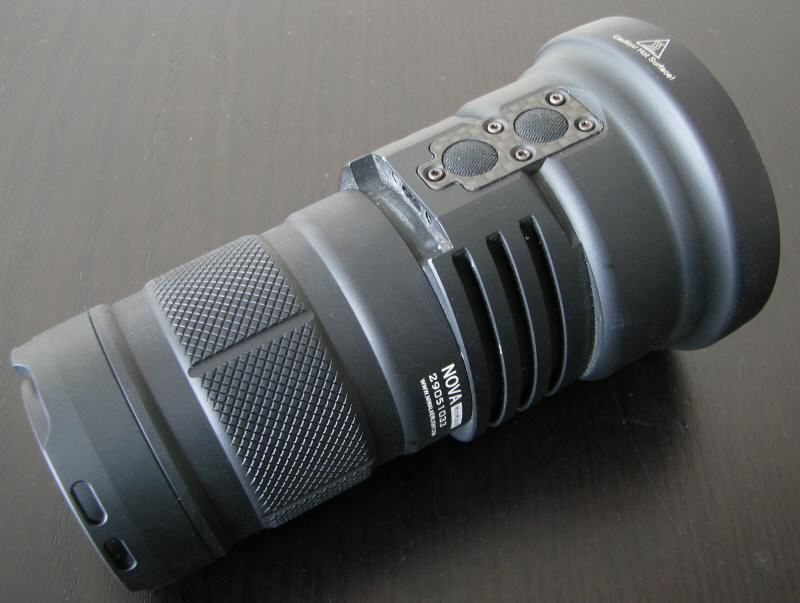 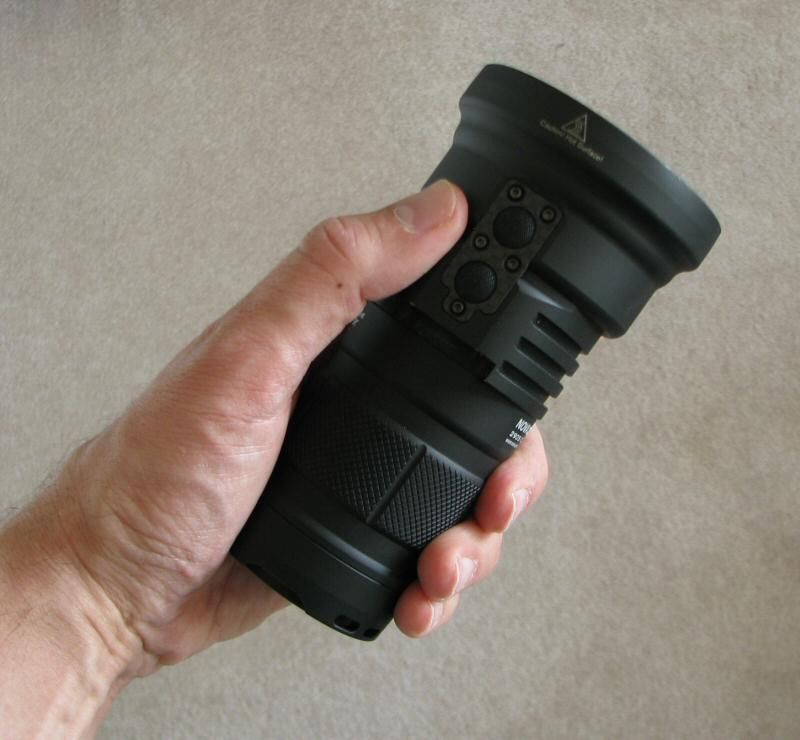 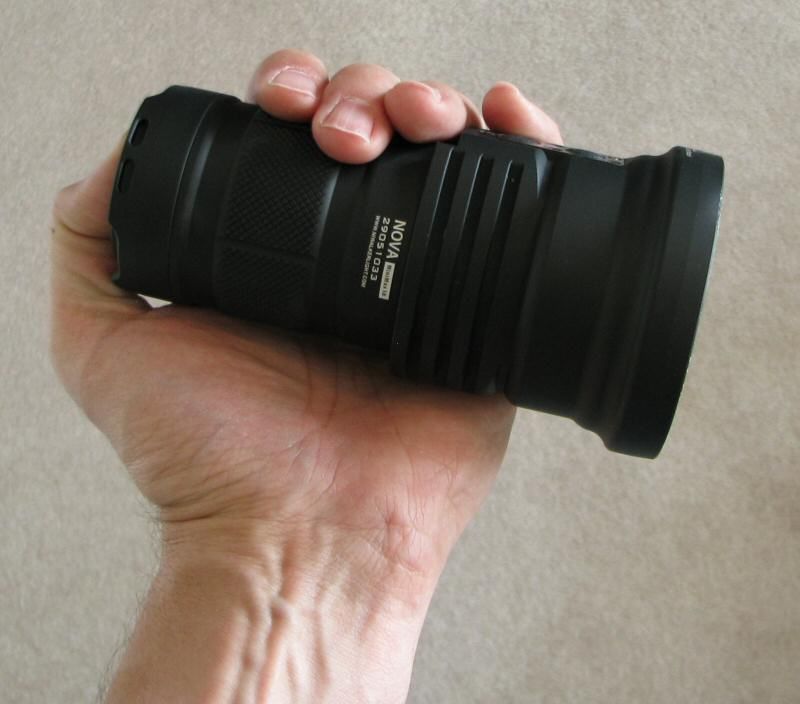 All dimensions directly measured, and given with no batteries installed (unless indicated): 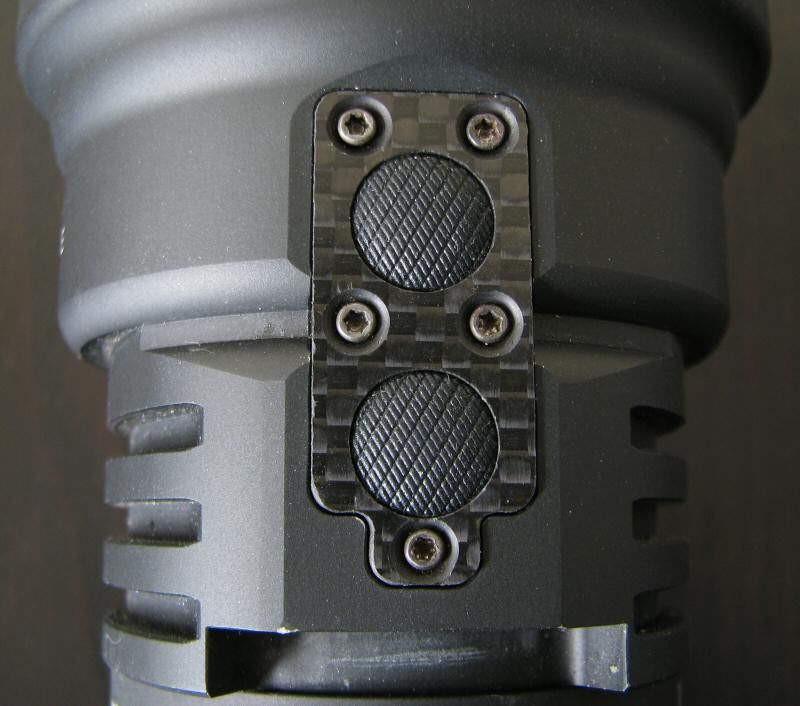 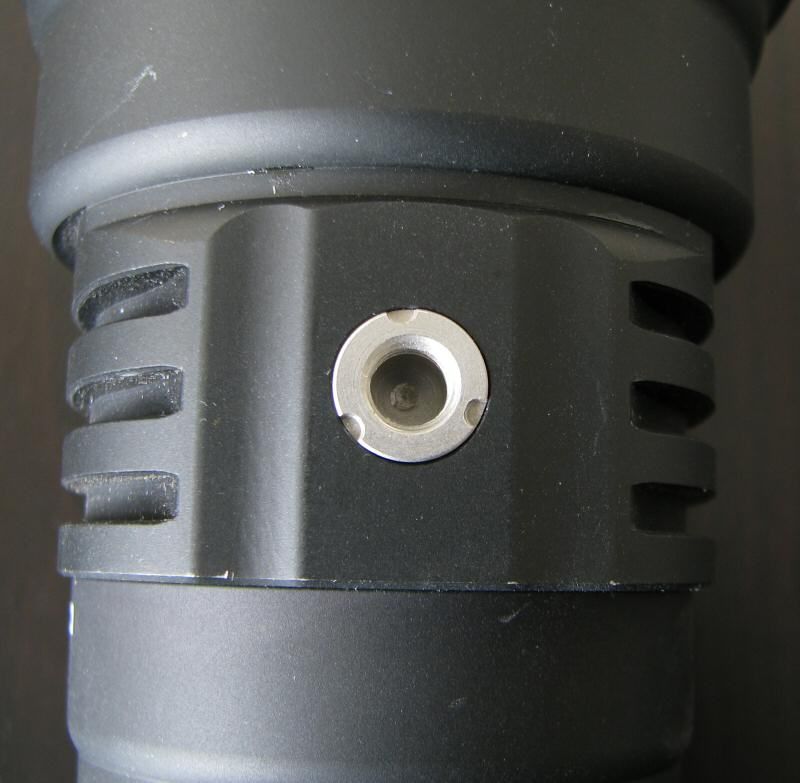 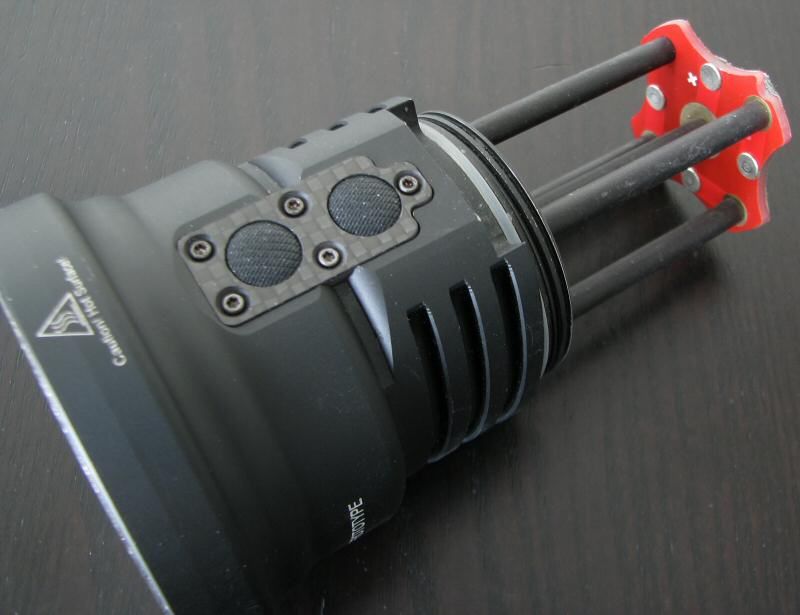 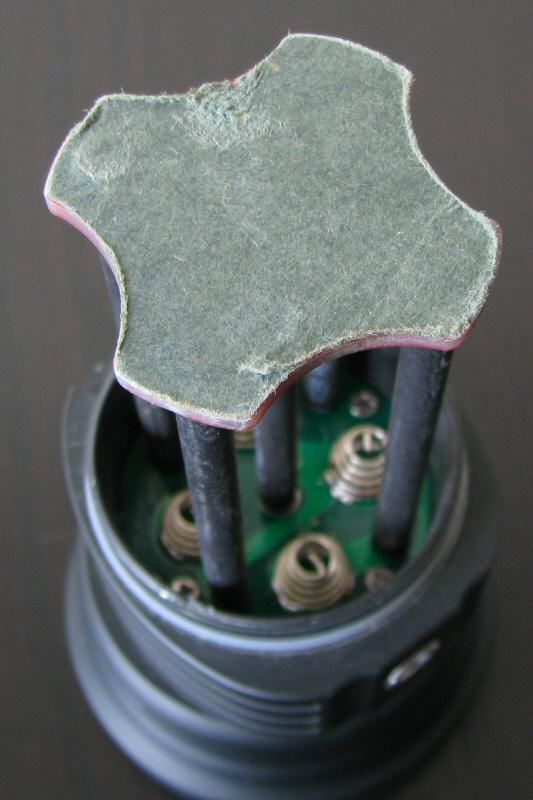 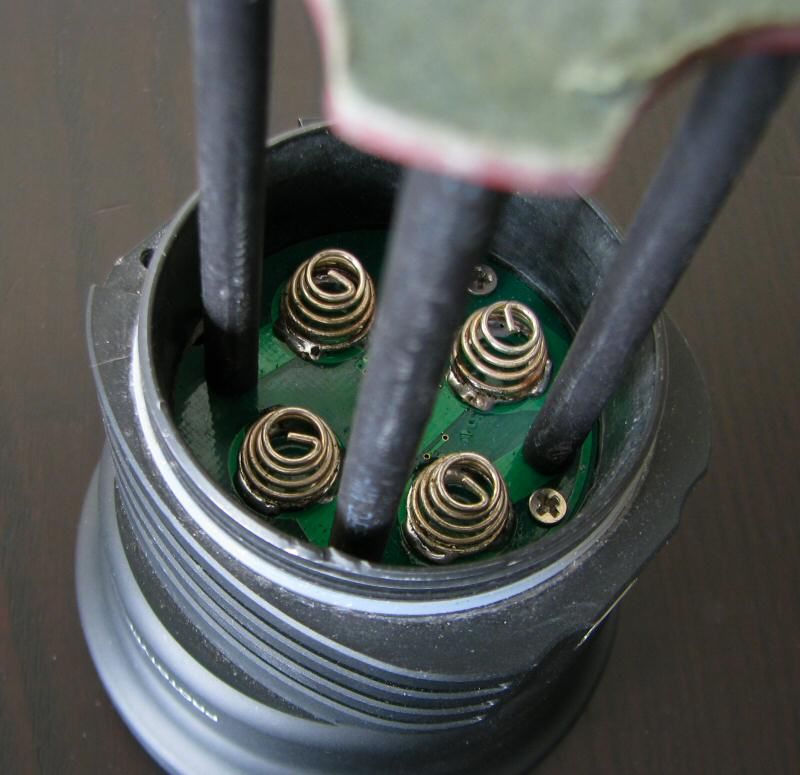 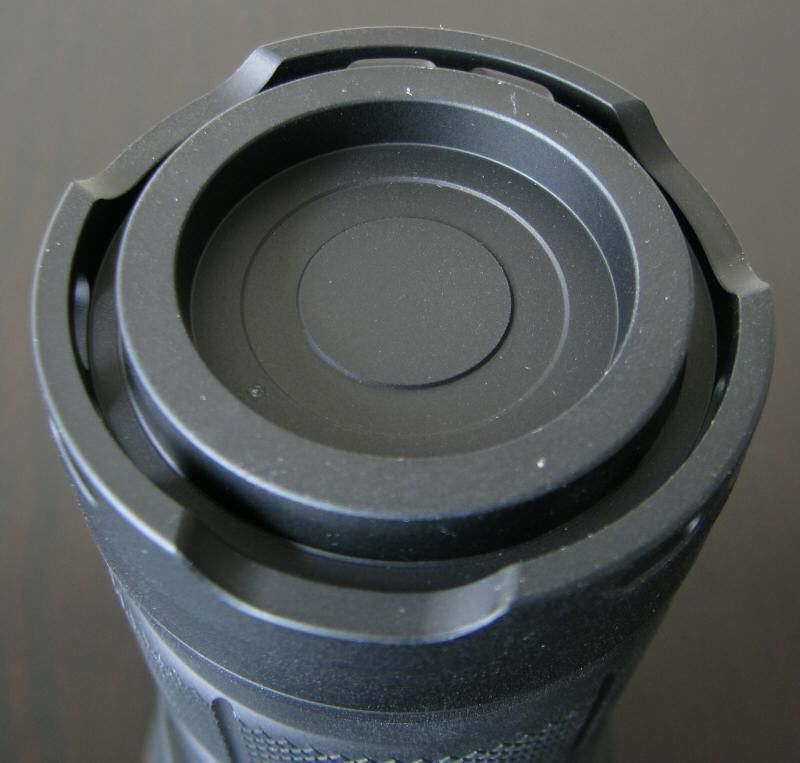 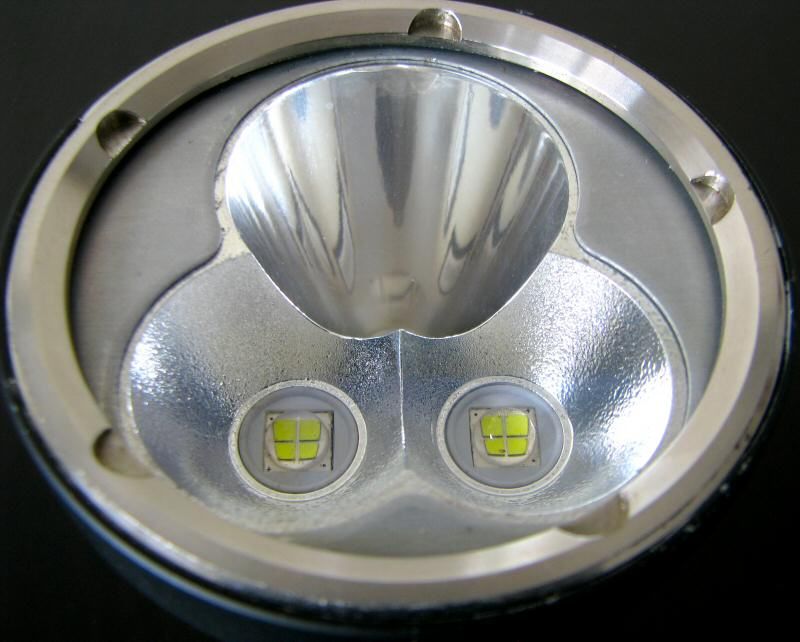 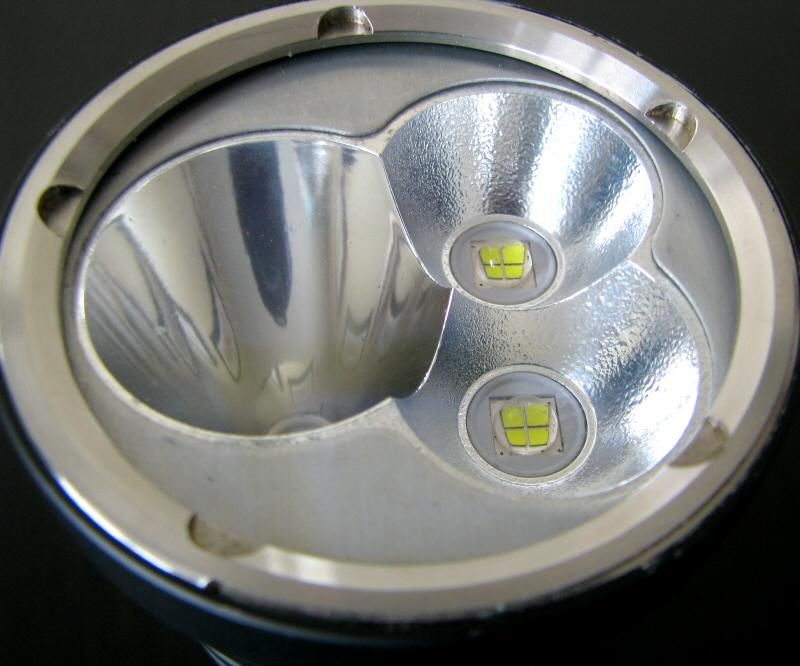 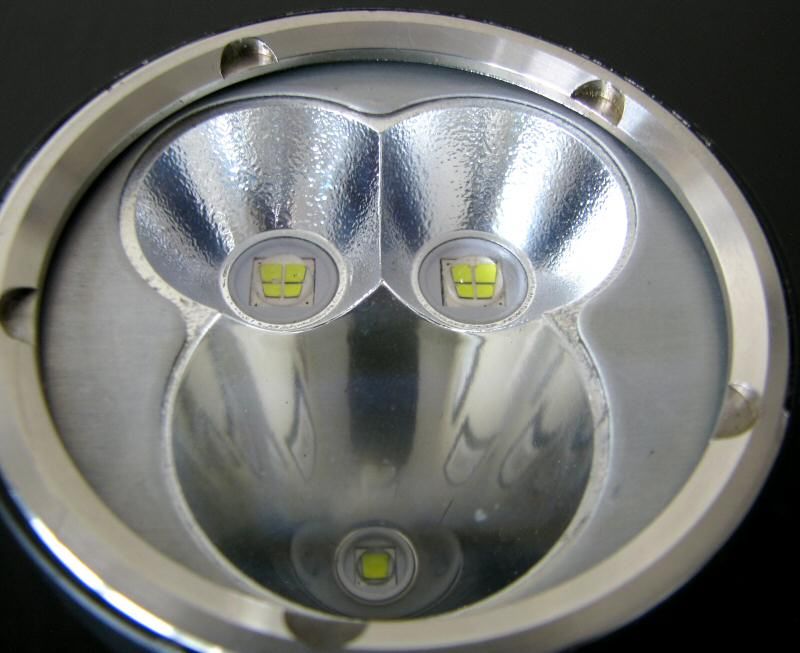 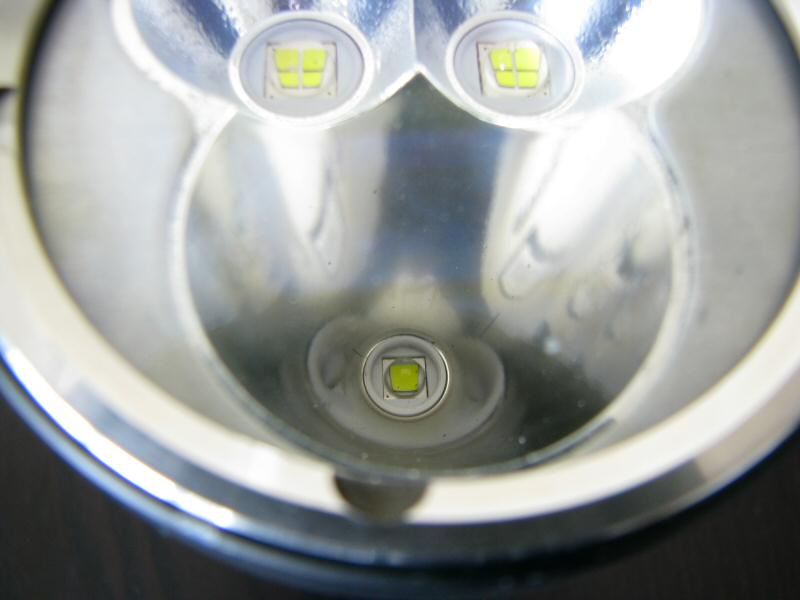 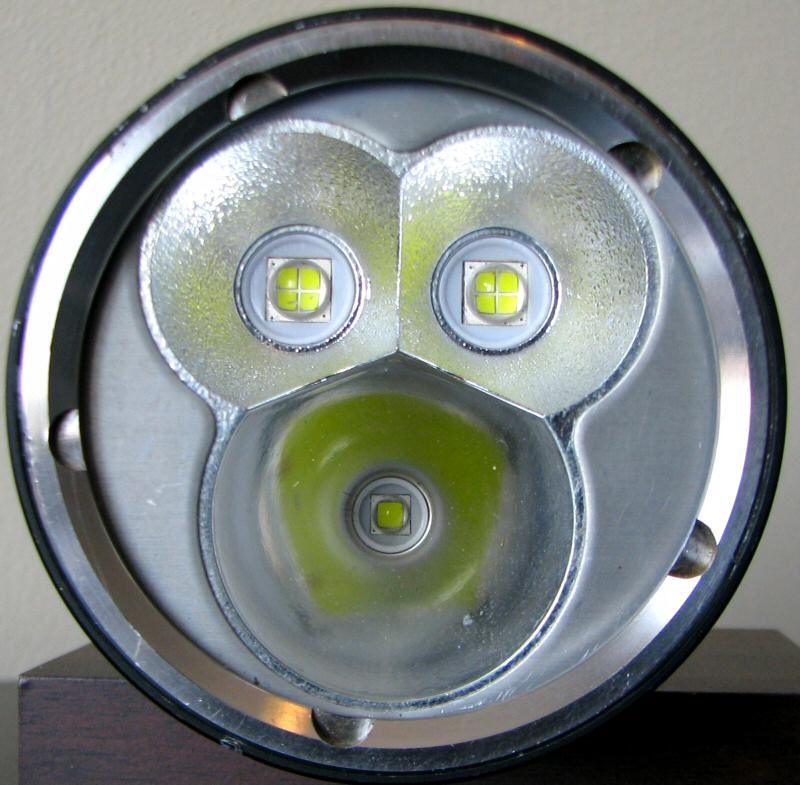 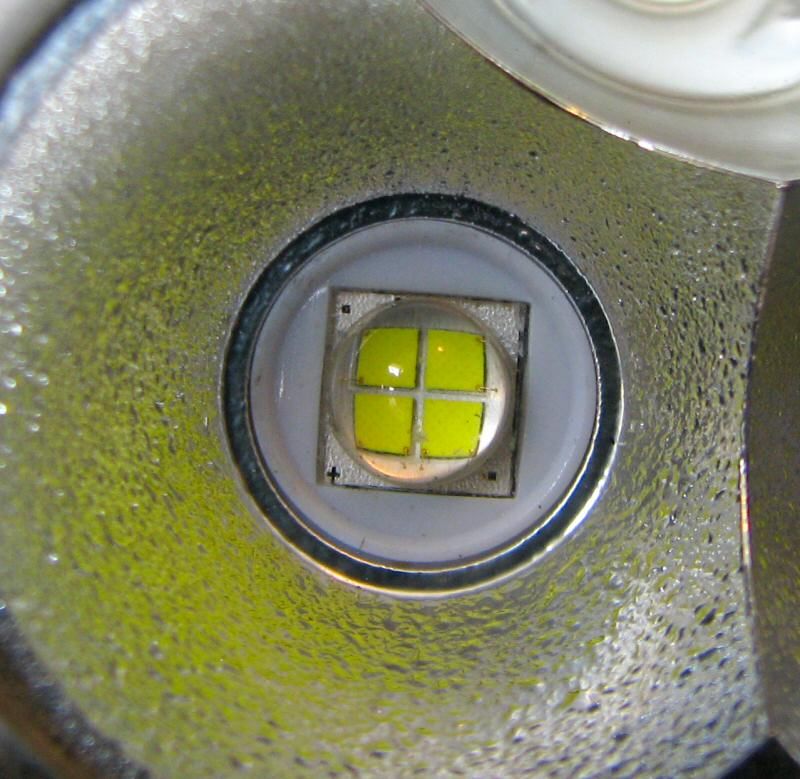 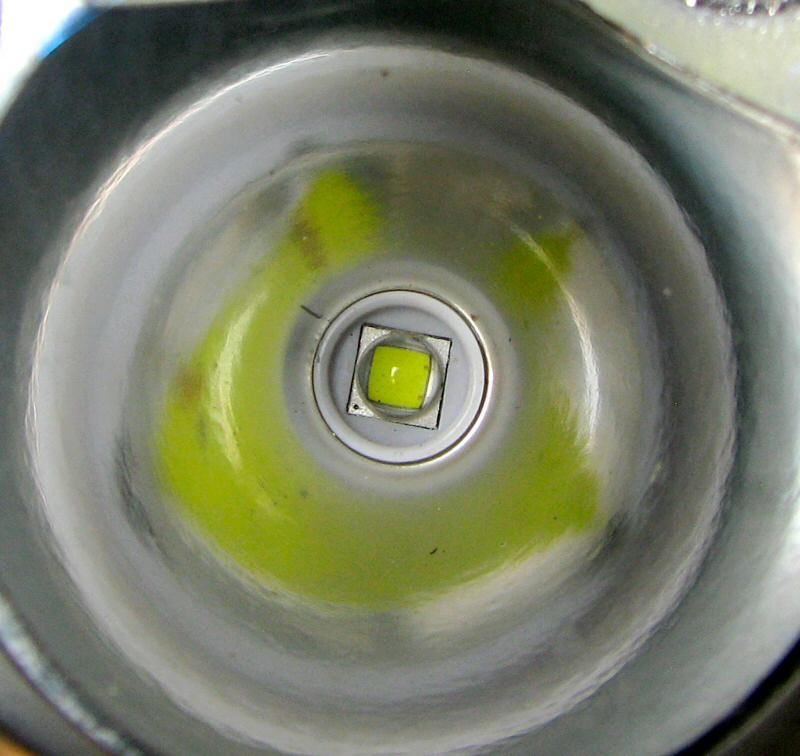 Included below is how the final prototype compares to the first prototype, both lights tested on Samsung INR 20R cells. As a result, the ANSI FL-1 max outputs have increased slightly for the first prototype from the earlier table in the review, which was based on NCR18650 3100mAh cells.

Note that "Samp#3" refers to the final prototype, as I had two samples originally of the first prototype.

As you can see, output and runtime are not all that different between the prototypes (taking into account the small output increases). However, one new feature has been added – a low voltage cut-off. :thumbsup: This means you will be able to run the light safely on unprotected cells.

The shipping version should have equivalent functionality to the final prototype version shown above. I plan to post a new full review of the shipping MM18, once it is ready.

Thanks for the review!
P

Thanks for the great review.

Thanks for the review. A lot of info.
T

Thanks for the great review !

... and another vote for an MTG2 version.

I am very impressed with my throw monster NiWalker Vostro BK-FA02, and it appears that I will gift myself a Nova MM18 this season. However, the detail of standby drain is troubling me.

Standby current is high enough to fully drain most cells within a couple months. Locking out both switches should extend that to around half a year.... there is no physical lock-out available (i.e., you would need to pull one of the cells)
Click to expand...


This could be a deal breaker for the Nova. I use my Vostro about once every three months. If the Nova gets similar usage, and i remember to lock out both switches, it means my batteries will be half dead every time I pull it out. If it sits much longer the batteries are completely dead.

The quotes above do not seem to correlate with what selfbuilt said about the Vostro.

Standby Drain ... on the BK-FA02 I measured it as 520uA. Assuming 4x 2600mAh capacity batteries in the 2s2p arrangement (i.e., 5200mAh effective capacity), that would give you ~390-415 days for the lights (or just under 14 months). This is not unreasonable for this type of light, but I do recommend you store the lights with the head locked out when not in use. This just requires a quick turn from fully tight.
Click to expand...

I answered my own question when i discovered the battery arrangements are the reason a 12.5% drop in drain produces 133% more standby time. But why do the parallel cells drain so much slower? I don't get it. :thinking:
I wind up with these numbers.
Nova 4s1p [email protected] = 6 months (four cells in series)
Vostro 2s2p [email protected] = 14 months (two cells in parallel, two channels in series)

With the Vostro it is easy to rotate the head a turn to get full lockout :thumbsup: but the Nova MM18 has no similar feature. Taking out a battery and reinserting it before using the NOVA is a very sloppy solution. Exactly how many pockets in that new carry pouch will I have to search through? I suppose carrying two sets of batteries eliminates all the problems, but it introduces a possible problem with mix-n-match cell balancing. I will need to mark them well.
Couldn't I twist off the pop can and stick a circle of rubber inner tube in there? I mean, that would work and it won't squeeze it too much, right? Seems like it would be easier.
....Just trying to talk myself into my first purchase from vinhguyen54. Thank you for your concern.


delus said:
I answered my own question when i discovered the battery arrangements are the reason a 12.5% drop in drain produces 133% more standby time. But why do the parallel cells drain so much slower? I don't get it.
Click to expand...

To explain the math: when measured on cells in series, the standby drain reflects the combined voltage of all the cells. This means that the effective capacity of the battery pack is the same as a single cell. If you reduced the number of cells in series (assuming the circuit allowed you do so and still operate), you would see the the standby drain increase (as the other cells would need to work harder to compensate). For cells in parallel (where the voltage doesn't change based on number of cells), each additional cell will extend the runtime (i.e., effectively increasing the capacity of the pack).

As to why the standby drain is higher on the MM18, that is whole different question - and it comes down to how the circuit is designed. A close comparable may be the MM15, which uses a similar 4s1p arrangement as the MM18 - but the standby current is only 370uA. That would make it closer to the Vostro series. I am just speculating here, but perhaps the dual switch arrangement increases the standby current on the MM18? :thinking:

As an example of light design this is an interesting light, but in actual field use the battery change arrangement and inability to lock-out the current makes this light ill suited for bad weather environments.

Thank you selfbuilt. I don't think the Nova MM18 is for me, unless there is a standby drain lockout. I just need it to sit for too long between uses. The two switches combined with the battery configuration drain them too quick. Donation sent.

One further question, does this mean that unprotected batteries will be over discharged if you leave them in there too long?
Last edited: Nov 8, 2015


delus said:
One further question, does this mean that unprotected batteries will be over discharged if you leave them in there too long?
Click to expand...

Yes, any light with a standby drain could eventually over-discharge unprotected cells.
P