Anyone have stories where you wished that you had been more prepared? Even if you were the most prepared sometimes it just doesn't seem good enough.

I have one, it was from a humanitarian trip to Peru in July of 2014 (sorry about the poor pictures)
We met up at Salt lake city airport, 25 people in total three of which were adult leaders. I think that the gender mix of the 22 youth were 16 girls and 6 boys all between the ages of 16 and 18 years old. I was going with my friend who lived in another state, we hadn't seen each other since I had moved a year before. We left by plane and arrived in cusco with no problems. The trip started out with some sightseeing in cusco for two days and we were able to tour machu picchu after a long train ride through the dark. 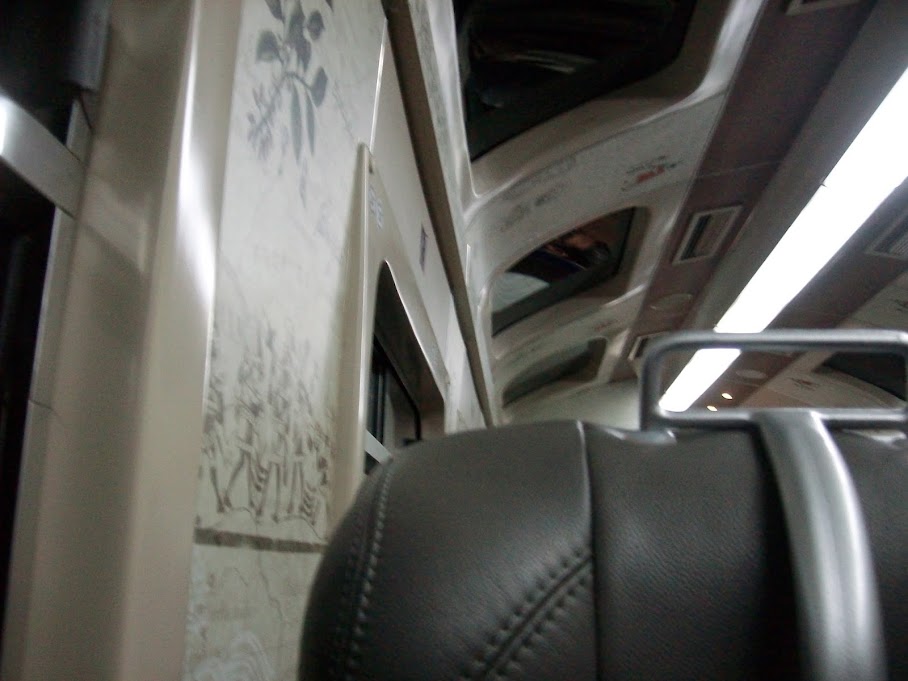 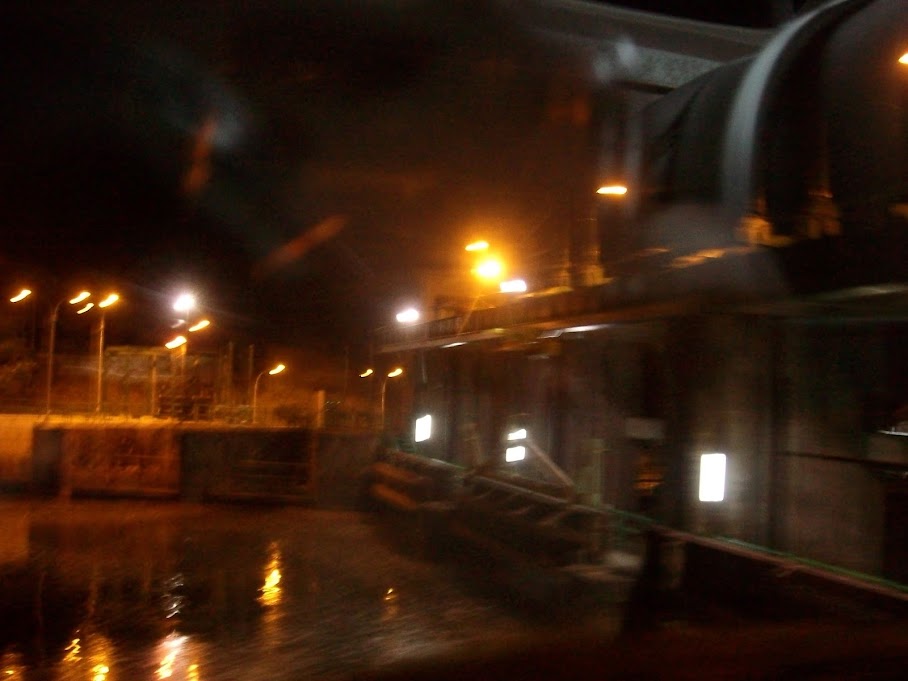 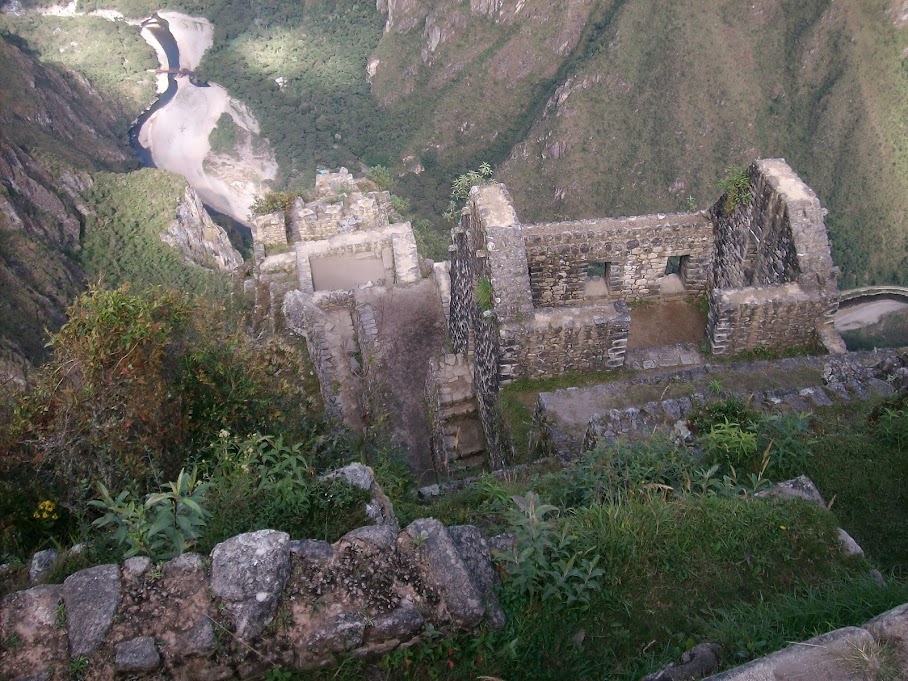 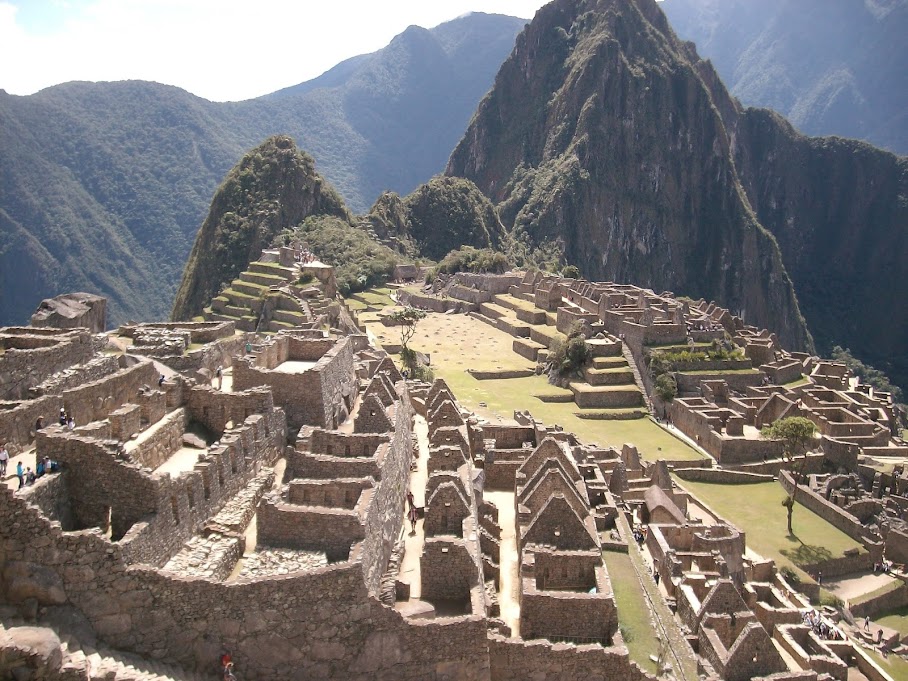 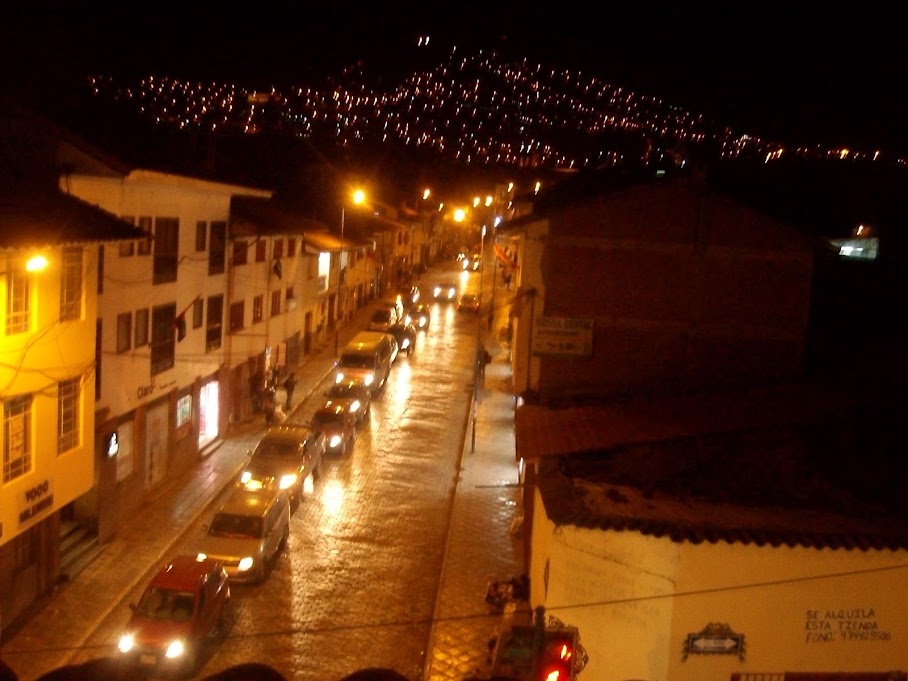 After two days in the cusco area we flew by plane to lima and split up into two different vans to go to hotel Yeyas, once again in the dark.
I was sitting on a bench with my friend on my left and on the right an adult leader who was a parent of one of the boys, she must have been around 50. While the van was stopped in a red light the right window was bashed in and a man grabbed her luggage that was on her lap. Luckily she had a good hold of it and they struggled back and forth for what must have been 5-10 seconds. I was too shocked to do anything but fortunately the van accelerated leaving the man behind and she kept her baggage.
Both vans arrived safely at hotel Yeyas and we spent the next two weeks there mostly without incident. One of the rooms we had reserved had a pile of fireworks in it that a previous group had planned to set off on the fourth of july, but our leaders said no . 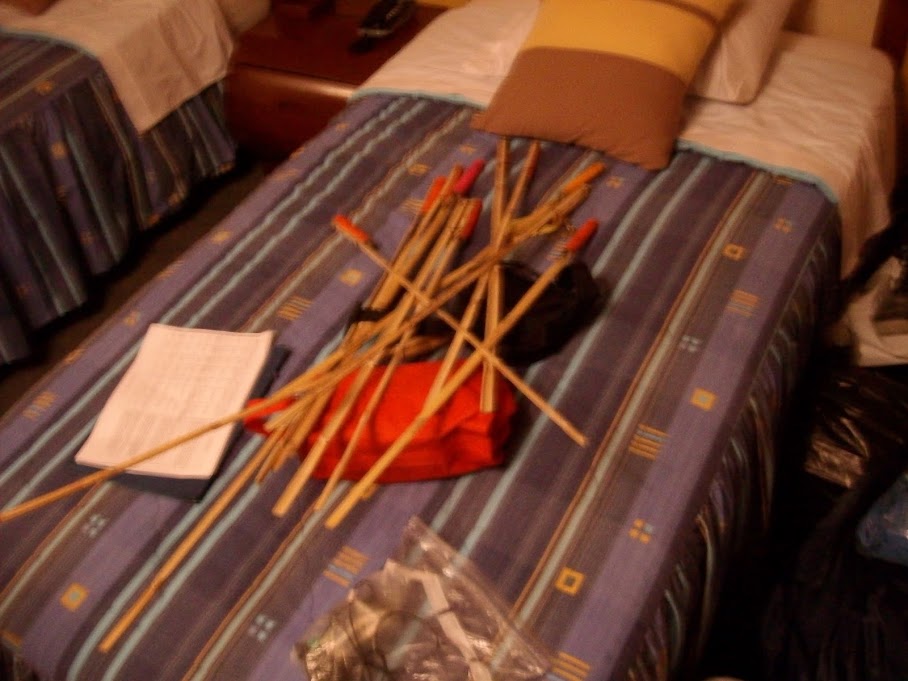 We woke up at 7:50, ate a hotel breakfast of bread and yogurt and left at 8 am to go to the construction site. 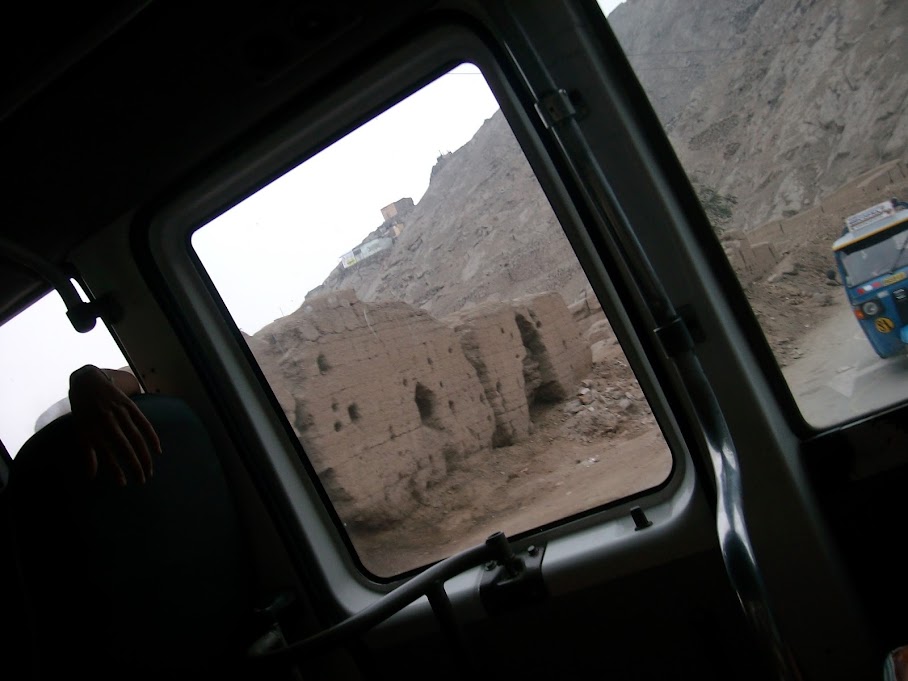 We were welcomed warmly by the local residents. And we got to work, we shoveled sand and gravel in wheelbarrows to big piles on the street and mixed it all by shovel with concrete and then water to create the cement for pillars, we also did some work building moulds and rebar before pouring the concrete by 5 gallon buckets each filled and then passed to the site one by one. We were working on a cement floor for a soup kitchen and support pillars for a medical center, both made of brick and concrete. We had a lunch break at 1 to go eat... chicken foot soup. We did this every week day for two weeks until about 4 pm, we left and went back to the hotel and did evening activities and after that we went to eat at a restaraunt.
Monday we were going to visit local families which involved walking through the dark streets of Lima to get to their addresses. We were split into groups of 8 and at least in my group I was the only one with a flashlight (we were not allowed to bring phones) it was a little Energizer headlight that put out 30 lumens

. At least one girl spoke relief that I had a flashlight "keep that on, its dark" even though it seemed to only throw light 20 feet it was better than anything the other's had (only illumination was a digital camera screen

) and this was only a few days after the van incident. Unfortunately this was before I was a flashaholic so that was the only source of light I had brought with me into a third world country

.
Though the rest of the trip went without a hitch I can remember several times that I would have made use of a more powerful light (and made use of a proper moonlight mode as well). Another activity was a fountain park, basically a bunch of different water fountains with light displays, the largest of which I believe was over 200' in diameter and several feet deep (which half a dozen of us jumped into), also very dark in that park.
Here is a picture from the roof of the hotel, most places were not this well lit up. 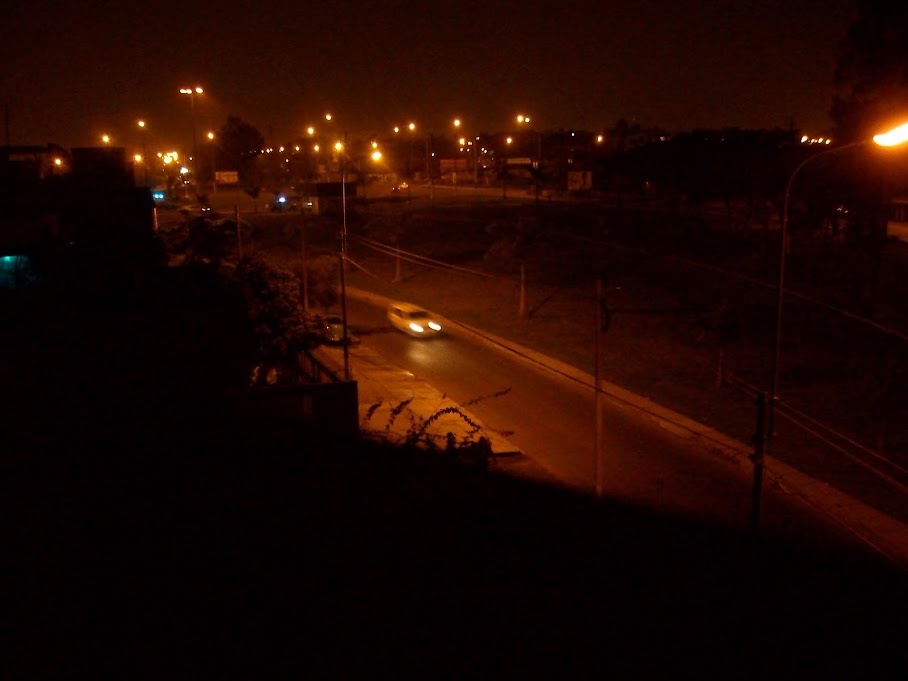 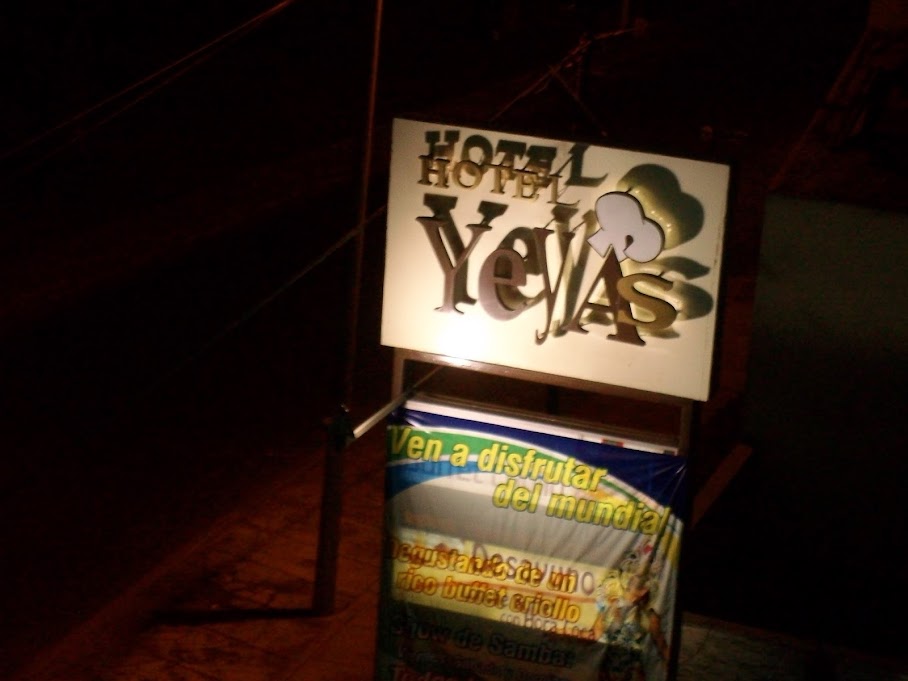 At the end of the two weeks we were thrown a party by the locals which involved a racy clown and many cultural performances by the local youth. 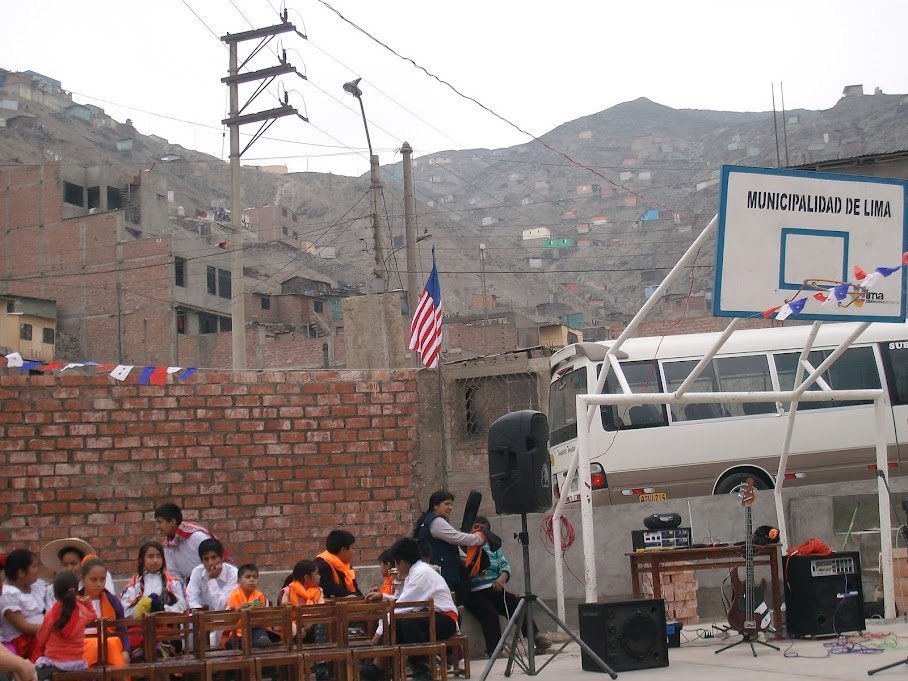 We then got to tour a school that was built by previous trips. 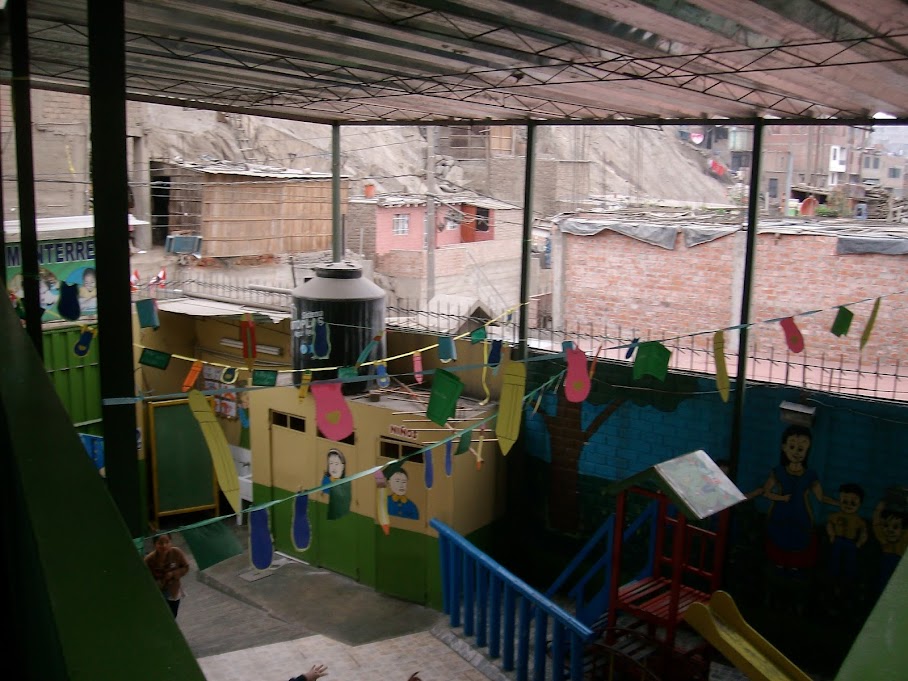 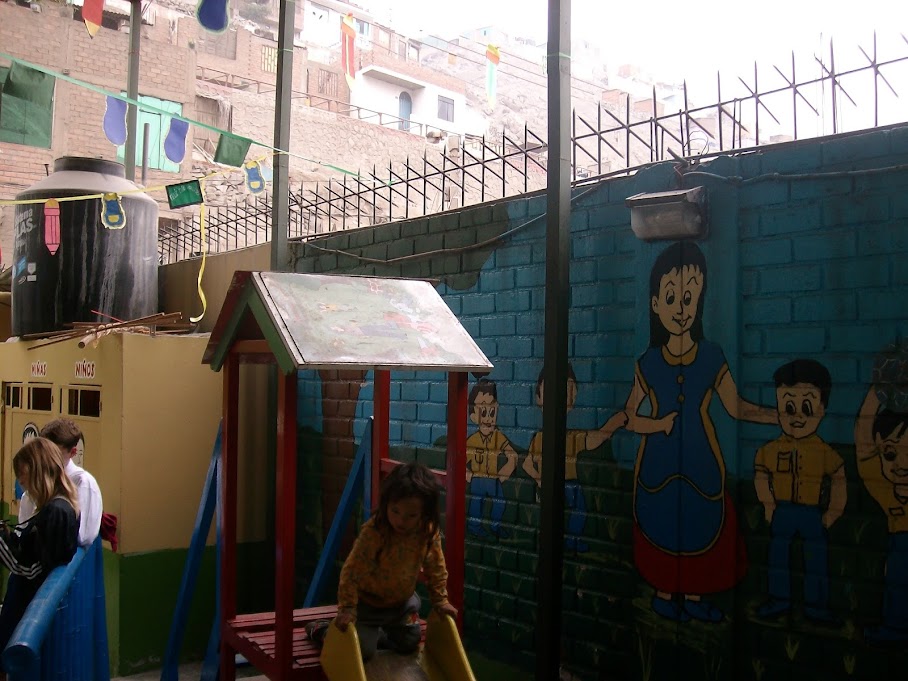 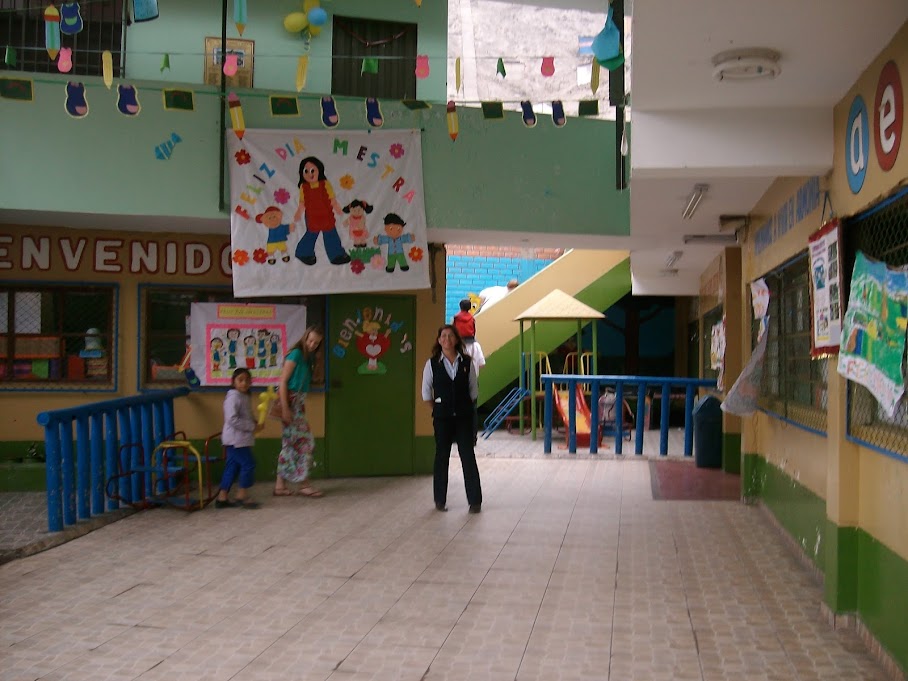 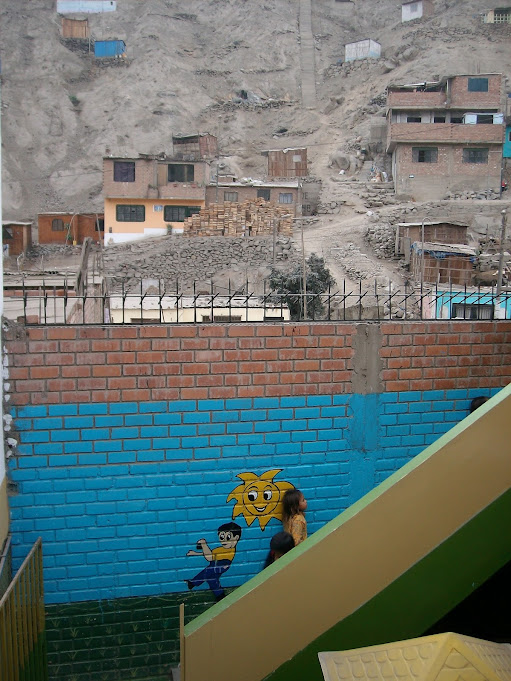 We also got to explore more of lima, checking out shady markets, and even getting to try some of the local delicacies. (The red liquid is a form of pomegranate juice I think and it has a huge amount of caffeine.) 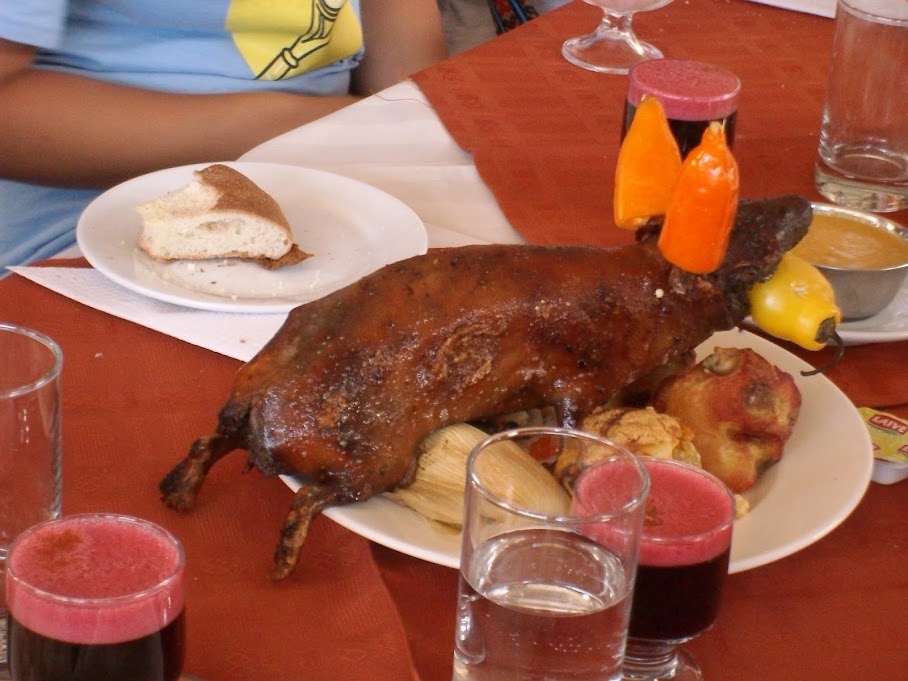 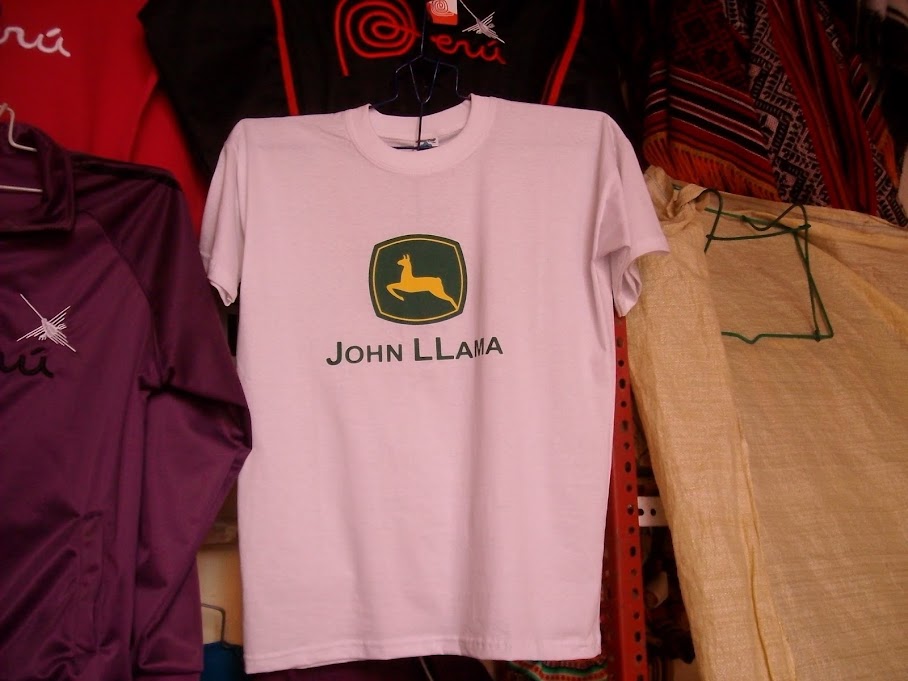 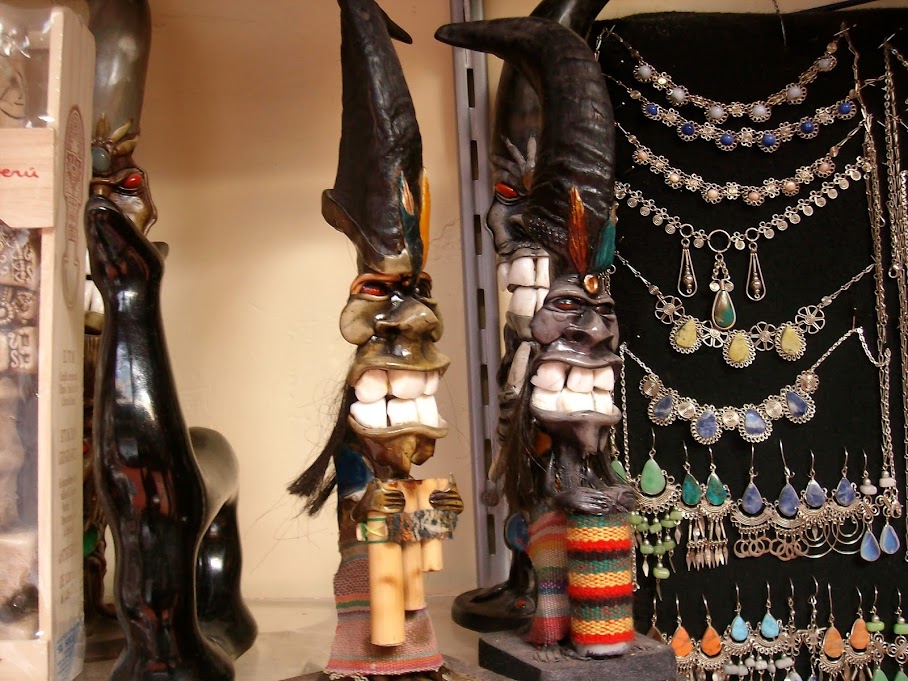 And we went to the city capitol 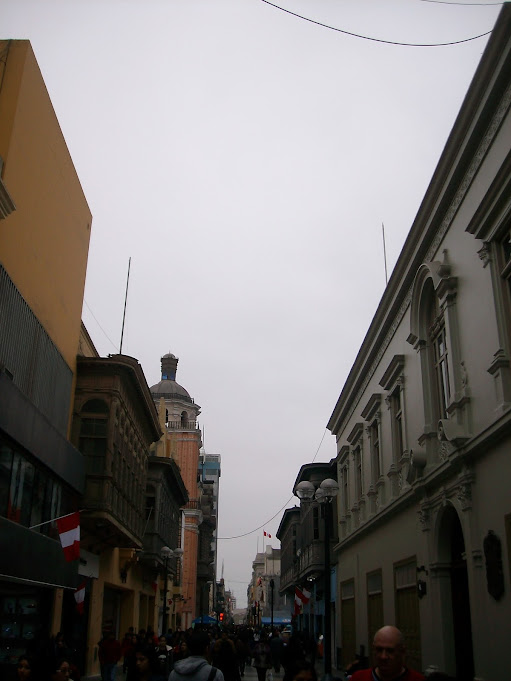 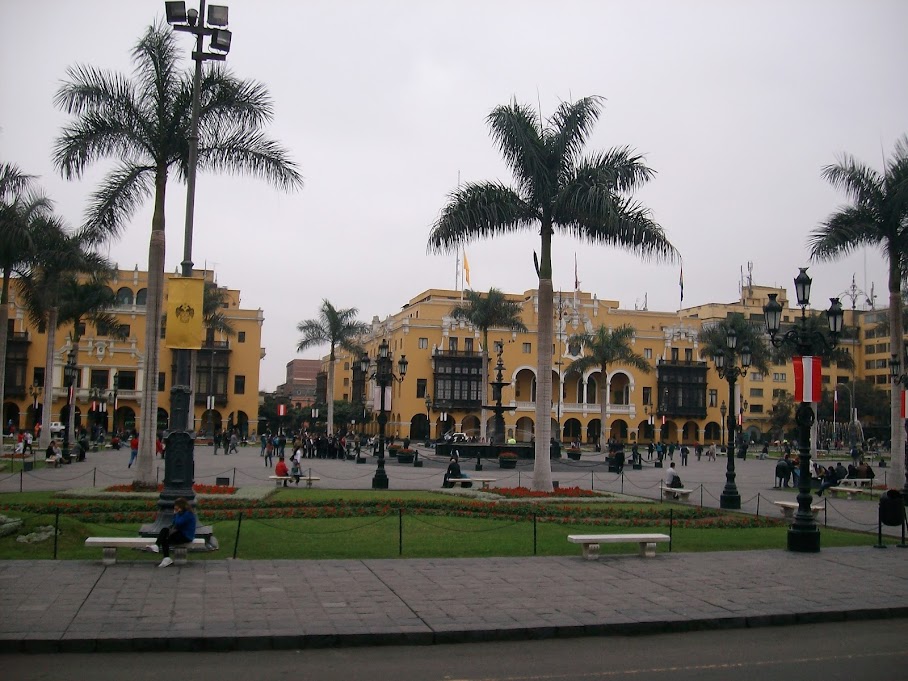 We toured a monastery of sorts that has an old catacomb underneath it. I am glad that I did not have a bright flashlight here because photography inside is not allowed and they would have thought it was a camera flash when I shined it down into the pit of bones. :laughing: 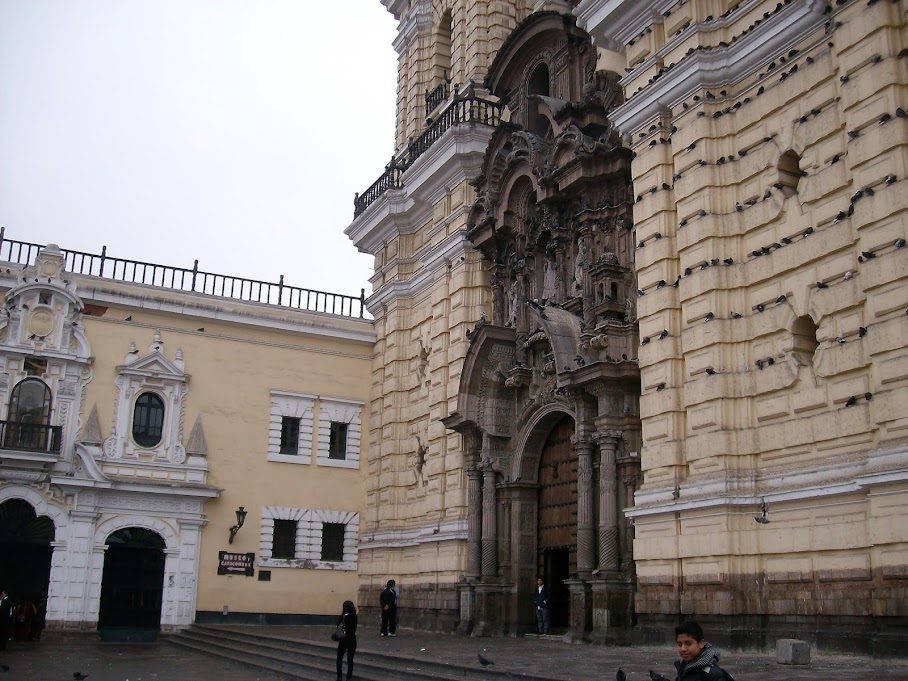 A few highlights of that trip were:
A girl had lost at the game "what are the chances" and had to do 50 awkward things in public. the other girl had her try to hug strangers in the airport and other things, and hug/ sniff a fat statue in one of the shops (which we later found out was a representation of fertility in peru

Trying the challenge of running up some steep cement stairs several hundred feet (22 seconds for me).
Being one of the few who did not have trouble in the high altitude stair hike up wayna picchu (the mountain above and behind machu).
Being the best prepared there (only one with a knife and flashlight).
The bakery near the hotel that took a big chunk of my money.
Meeting nice people and making friends in Peru.

A few things I would better prepare:
A better camera, the one I had drained the 2 AA batteries even when off and getting the camera to even turn on was iffy
Rechargeable batteries, I was out of spares by the time the trip was over.
At least 2 more flashlights, a really good EDC AA light (Thrunite T10 but I did not have one),and a good 18650 flashlight and 1 or 2 spare batteries with a charger (again Thrunite Archer would have been perfect for that trip for the mode spacing and runtimes)
I could still use some training for situations like the van incident and maybe a few spare $2 flashlights for others to use.

It looks to me that trip was totally worth it, even if you had to work for two weeks while there.
It's a little sad that the dirt, sand, gravel, and cement had to be mixed by hand.

A friend of mine, even more-so, my brother's, built his house on a nice piece of property backed up by water-shed property, that will never be built on. At any rate, he had no electricity initially, so I lent him my motor-home with its generator. My brother and I had an air compressor, a pair of framing air nail guns, and a pair of roofing air nail guns. Over the years, he had done favors for many people, most with some carpentry skills, or in the least could function as manual laborers. Now was the time that he was going to call in his favors. His friends, including my brothers, my father, and I gladly helped out.

Unfortunately he chose to use a case of nails that he had lying around, rather than to buy cases of nails for the nail guns. IMO one man with a nail gun can do the work of three, two men with guns can do the work of six. It ended up that he blew through his FREE help, and had to hire someone to work with him to finish his house.

:shakehead He may not have had enough free help to bring his house to completion, but he would have gotten a lot closer. Sometimes... Penny wise, dollar foolish.

I'm thinking that a man with a bobcat, and a few gallons of diesel can do the work of twenty, and a gas, or electric powered cement mixer can keep the laborers from burning themselves out.
Last edited: Nov 18, 2015

Yes, I myself thought that it would have been better to rent several little mixers. I guess if I ever go back I would have to be an adult leader for the trip, I would try to pull some strings and get the youth to do a little more skilled labor (brick laying or cement smoothing). It was still a great trip but we could have gotten the work done much faster.

How to night hike and not die.