Old stuff that works makes me happy - how about you?

Not sure what's prompting me to post a thread, but what the heck - it's the Cafe and you all are bound to have much to add. And this isn't about "look at my cool stuff!" It's about 'old' stuff that works and makes you happy.

Yesterday I received a McLux III PD in Aluminum. Paid just shy of $300 on the WTS. Now, for you lumen lovers (which all of us are to some degree), brace yourself. This thing tops out at around 60. And it has but TWO levels - low and high. I had been on the hunt for one after scout24 posted his thoughts in this thread. Made me wish I'd hung on to at least one of the six or more I've owned through the years. But thankfully, Scout pointed me to a sales thread where lightknot was selling one, and it was "come to papa."

Why? In this day and time when "how many lumens does that thing put out?" is the most asked question, would one 'settle' for an "old, dim light" and pay just shy of $300. Call me crazy, I guess. But it just works, and it hearkens back to simpler things. No blinky modes - no eye searing pain - no programming.

Don't get me wrong - I have some treasures in my collection that are more modern and are uber bright - some that come from USA producers/modders and some from overseas. And I enjoy all of them. But there's something special about old, bullet proof stuff that works.

Like that PD - with its Luxeon III emitter and the nearly indestructible and easy to understand piston drive (PD). 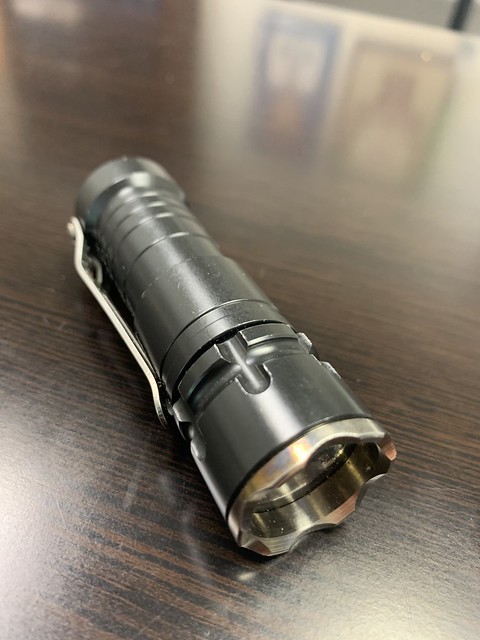 Has a few nicks on the tail - who cares? Bought this one to keep - and remember a classic. 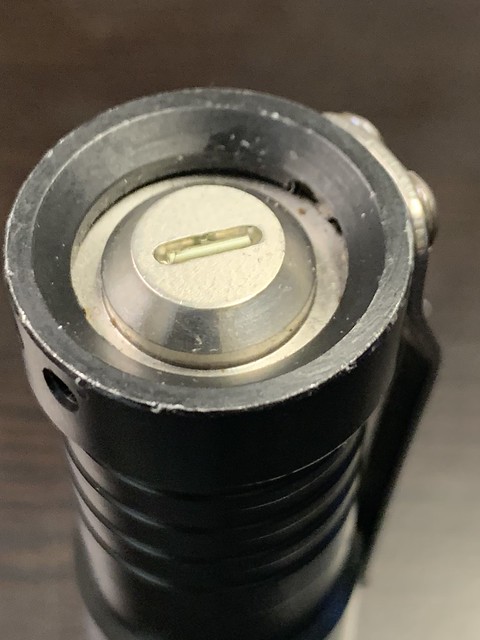 Here's the Luxeon emitter (or at least I think so - if I'm wrong I'm sure someone will correct me!) 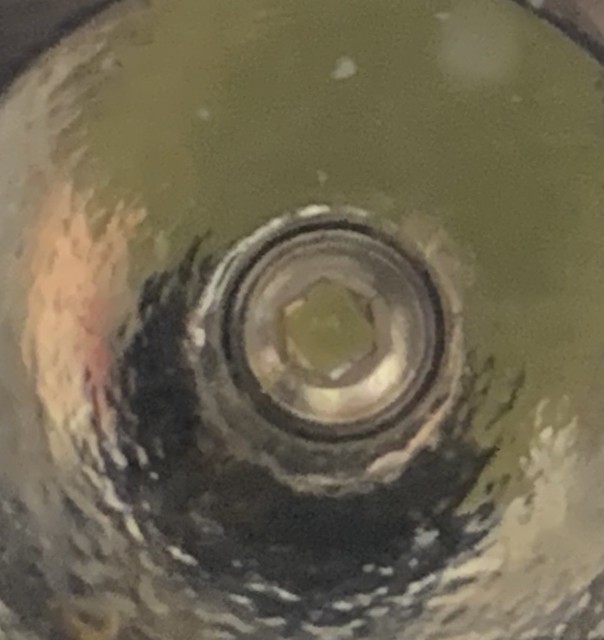 I left all the shiny titanium at home today - plus the 4 of the 5 HDS. And the HDS and the Malkoff aren't old, but Henry and Gene have been around a long time because their stuff works. 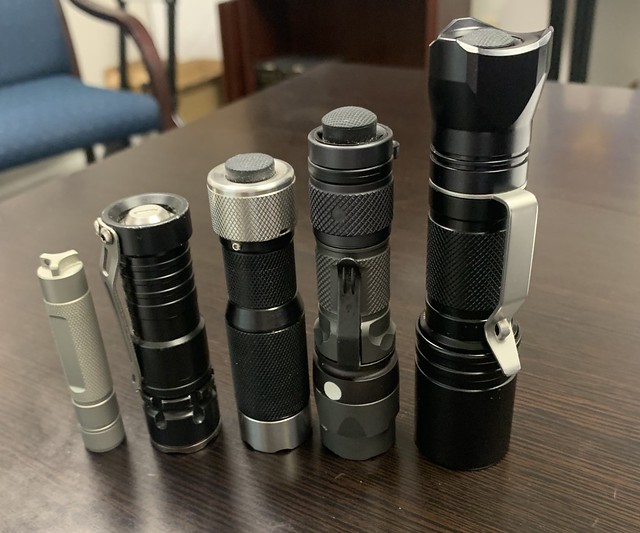 L-R - Fenix E01 (cockroach of the flashlight world) modded with a Yuji 3000k emitter; PD; HDS Rotary; Surefire Gen6 L1 (tough and trustworthy and less than 100 lumen), and a Malkoff MD2 HOT(rod) version. Dang, they aren't all old, as I said, and the title is "Old stuff that works", but something about all of them involves either long life of the item and / or longevity of the manufacturer.

But this isn't all about lights. My wife and I both have cars - they'll remain unidentified - but my 'old stuff that works' is a 2004 Toyota Tundra Limited TRD Sport. I've owned this truck for 4 years. It was my brother's and I bought it from my sister-in-law after said brother passed after losing a battle to cancer. I really wanted to keep the truck in the family - and this old truck never fails me. By the way - it has only 110k miles on it so it's just getting broken in... LOL 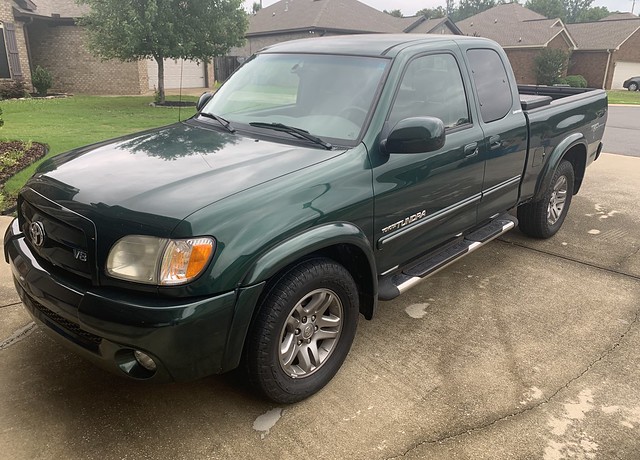 I suppose the trophy for the oldest thing that "just works" goes to my 1998 Honda GL1500 Aspencade, i.e., "Goldwing". Only 66000 miles and it purrs like a kitten. I was 40 when it was built...and here I am 62 and it brings a smile to my face whenever my wife and I go for a ride. I'm the 3rd owner, according to the records. I had all the fluids, filters, belts, and hoses changed as well as the plugs. Pretty much overhauled it. It was running fine before the service, but the tech showed me the air filter and said that it looked like the original.:huh: 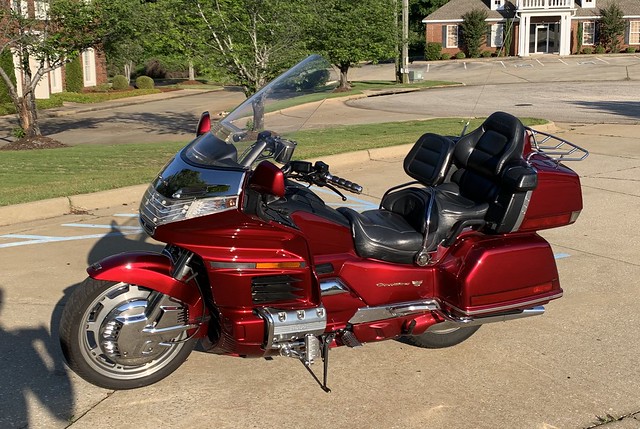 EDIT - wait - one more thing! Purchased new in 1986, a Rolex Stainless Oyster Perpetual Datejust. Had it completely refurbed back in 2013 or so, and rarely wear it....keep it in a winder. But it works and still makes me happy. 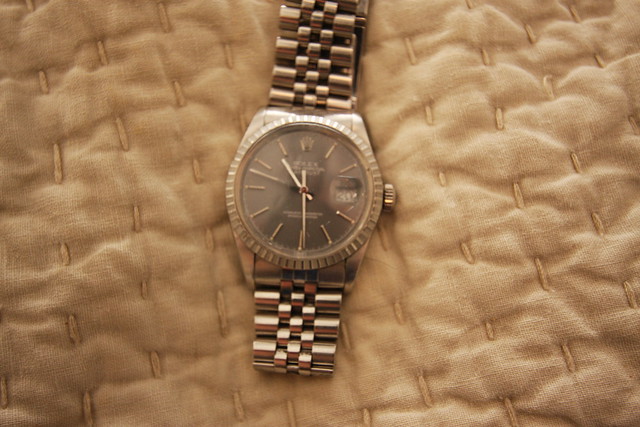 So what's your old stuff - or stuff from a long time manufacturer or provider - that still works and makes you happy? Sure, it's fun to enjoy shiny new stuff, but as the birthdays accumulate you begin to appreciate the 'older' stuff. Whatcha got?
Last edited: Jun 23, 2020
R

One word, for many decades, my entire life has been the same way: Clothing.

When I am required to dress for professional or formal venues, ok/fine, but when I am on my own time, when I am the boss, old clothes is what I love to wear. 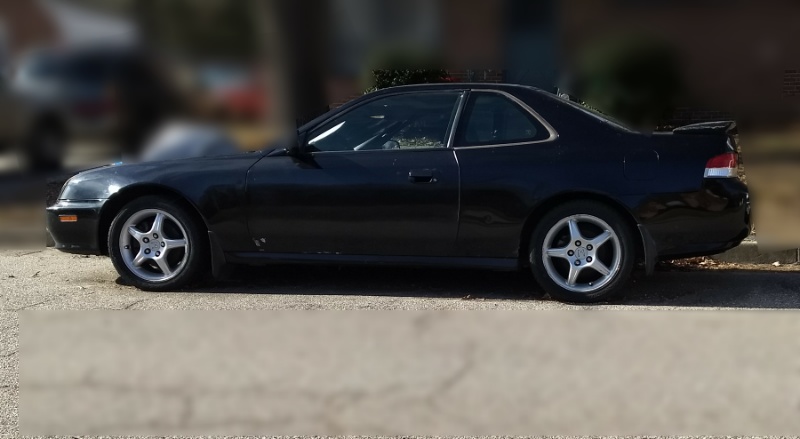 This 97 car makes me happy when it works.

run4jc: sounds like we're kindred spirits. I have many items from from the past that still see frequent use. My daily "beater" is a 2001 Nissan Frontier that's more reliable than my new vehicles.

Here's a particular favorite:
A Remington 1100 12ga made in 1964 that I picked up in '92. Other than swapping in a special field barrel it's never been touched and seen many, many upland bird hunts.

I was at the office when I put up the original post, but home now. Gotta add a couple more things. Firearms are one of those things that I never sell. This one is extra special. When I was in college in the late 70s I had a part time job and little to no credit. Didn't stop me from trying to finance a sweet nickel plated Colt Python. Of course, they turned me down for credit. I didn't ask my dad to co-sign - just accepted it and moved on. Fast forward to May 2011. At the tender young age of 53 I graduated from George Mason University in Fairfax, VA with my MBA. Shortly after that we came to Alabama to see my parents and I got a surprise...my Dad, unbeknownst to me, had gone to the gun store after me (this was 1978) and purchased that Python. Never loaded it or fired it. And during that visit in 2011 he gave it to me as a graduation gift!! 33 years later. I haven't fired it, but there's no doubt it works and it makes me happy! 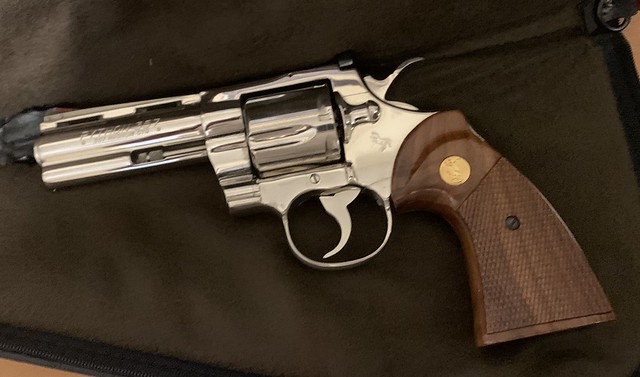 Here's another. In 1982 a friend of mine called me - he lived 80 miles away - and HE had friend who was in need of some quick money, and he had a sweet 1978 Martin D28 Sunburst. If I could be there that day with $400 cash it was mine. Loving guitars as I did/do, I was on my way within minutes. And that sweet Martin still works and still makes me happy. Sounds better than it did the day I bought it. 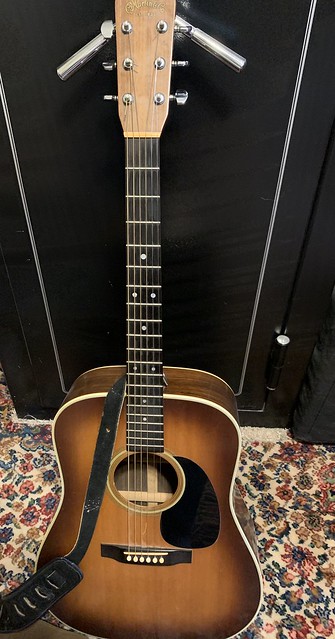 I just picked up a 2010 Mac Pro with a GPU upgrade, monitor, trackpad and keyboard for $500. In computer years it’s a dinosaur but it decimates my 2011 MacBook Pro when it comes to audio engineering, which is the only thing I ever need processing power for. Works like new.

The MacBook Pro still works like new too. Most reliable piece of hardware I’ve ever owned.

I’ve also got a handful of 1980s guitar effect modules that also still work as my primary recording rigs.

My family owns a whole bunch of ancient Toyotas and Hondas.

Old stuff that works runs in the blood.

Only old stuff I like is old stereos. But even then i use mp3 for the music 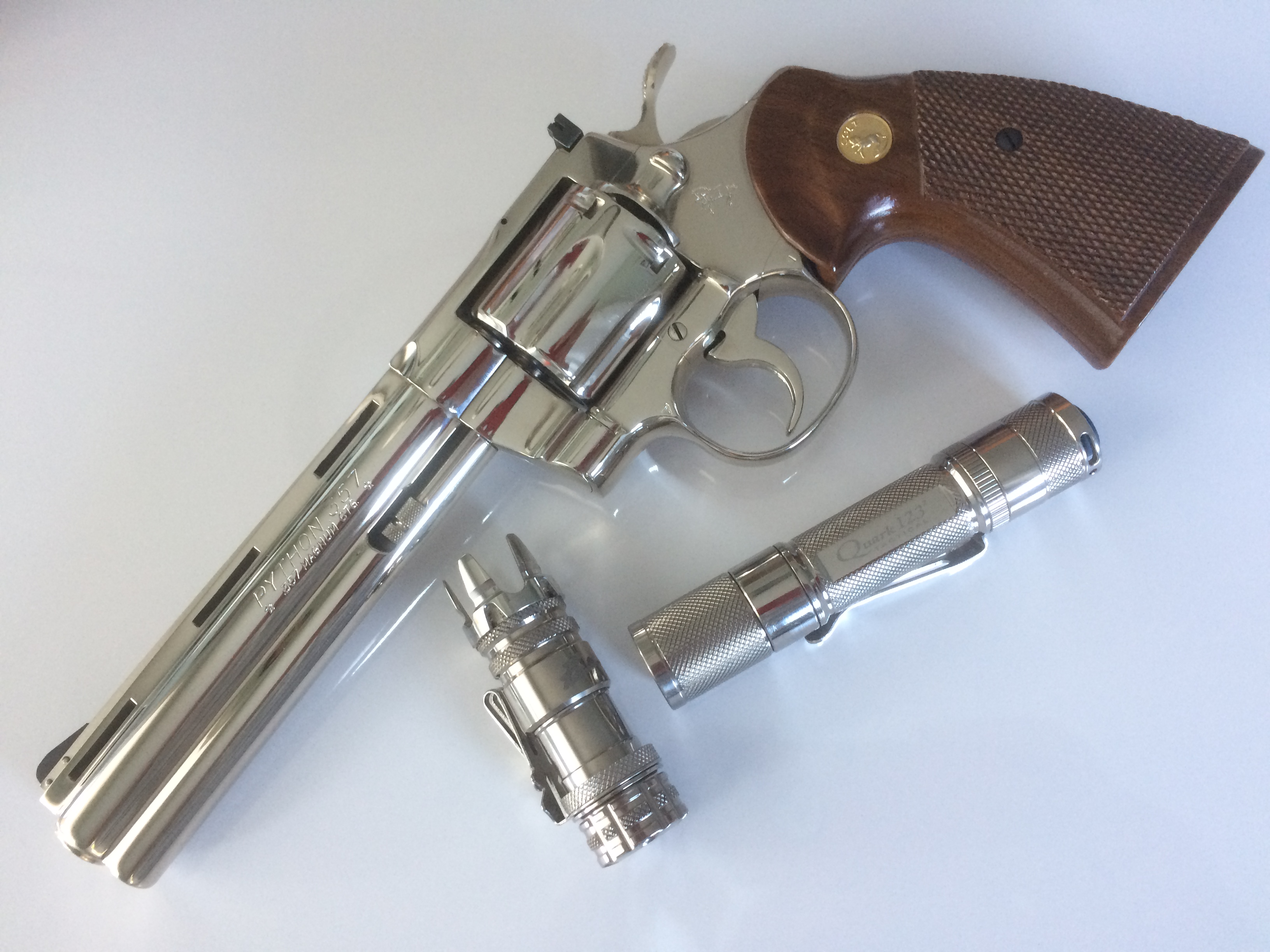 These were purchased more recently. Still, they're old stuff that works and they make me happy. 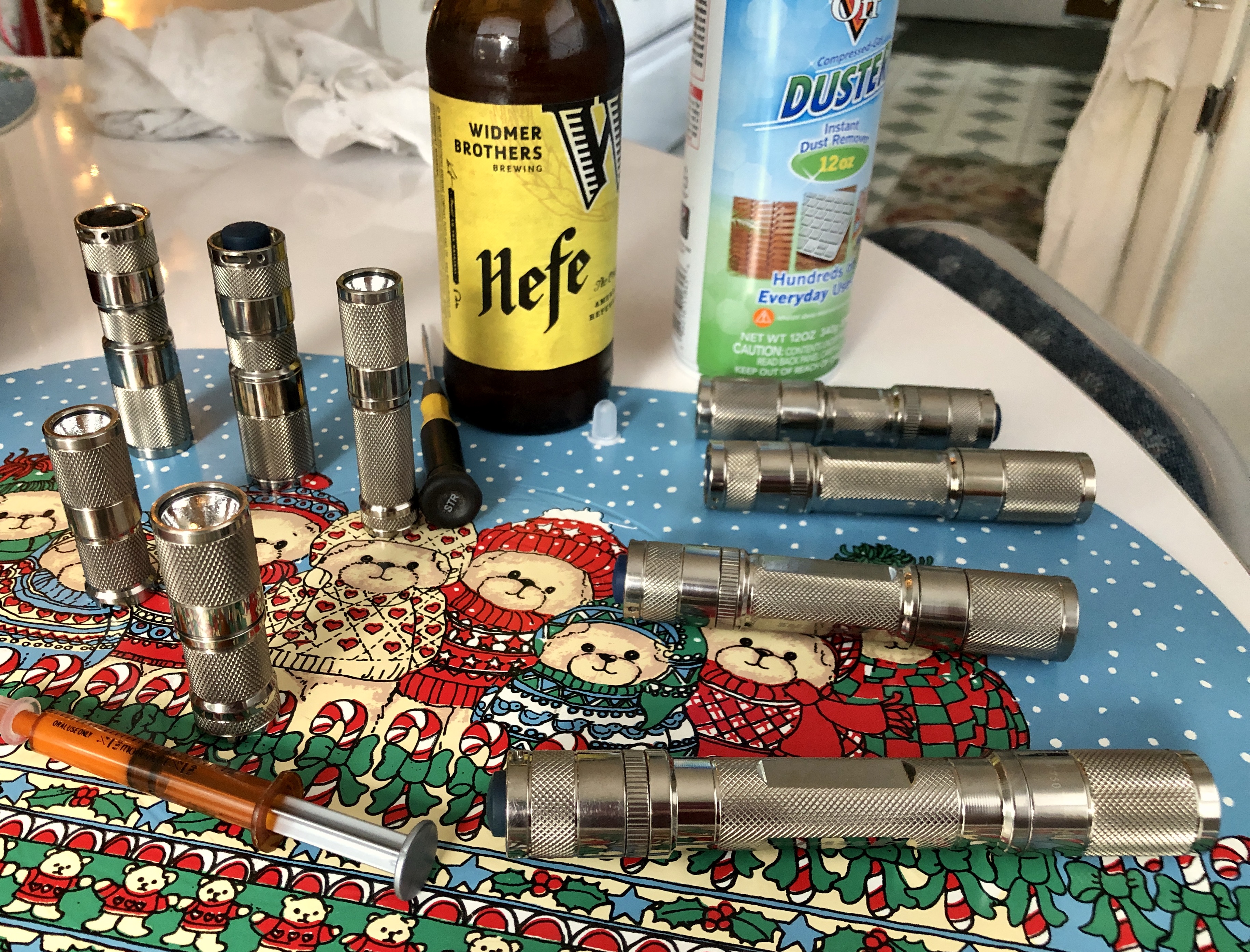 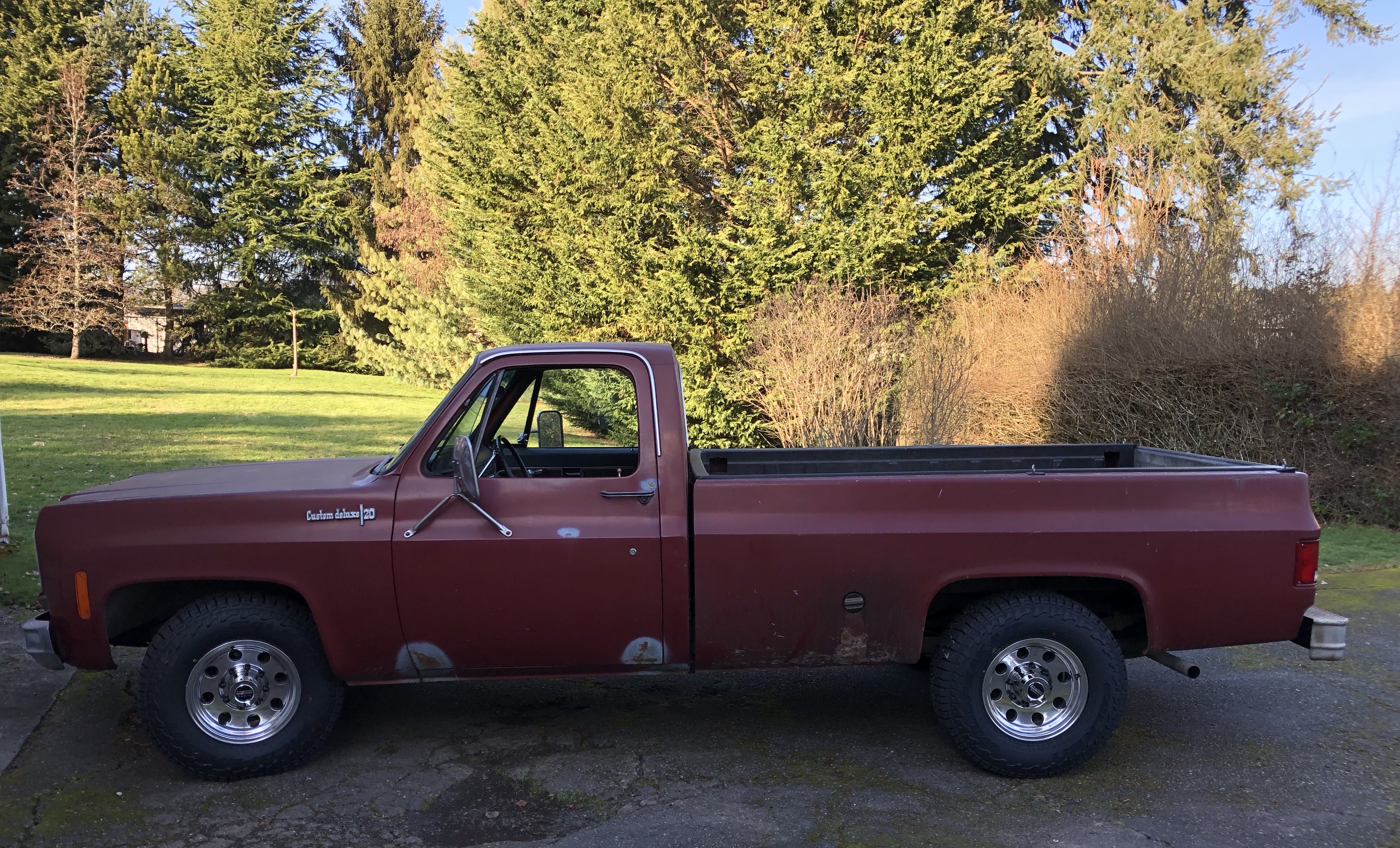 Chauncey Gardiner said:
A 1974 3/4 ton 454, purchased new by my father. It was given to me when Pa died. As funds become available, the restoration will continue. Plan on giving it to one of my sons ..... someday.

cool truck but im a geek i like modern engines do you know we now have 2 litter engines that make 400 hp. its the mecerdes it in. but that still is a nice truck thats easy to work on

Chauncey Gardiner said:
I purchased the Python in late 75 or early 76. Too far back to remember.....

McQueen bought a Python 6-3/8" barrel when Charlie Mason had Steve on his hit list.. a little bit of triva..

Chauncey Gardiner said:
I purchased the Python in late 75 or early 76. Too far back to remember.....
Click to expand...

That's a nickel plated beauty! Several of my LEO friends bought Pythons in the 70's.

knucklegary said:
McQueen bought a Python 6-3/8" barrel when Charlie Mason had Steve on his hit list.. a little bit of triva..
Click to expand...

[email protected]@King at that picture I'm reminded of Wayne and Garth. All I can say is - "I'm not worthy! I'm not worthy!" Back in the day when men were men and women loved it!!!

raggie33 said:
cool truck but im a geek i like modern engines do you know we now have 2 litter engines that make 400 hp. its the mecerdes it in. but that still is a nice truck thats easy to work on
Click to expand...

Thanks, raggedier. Modern engines are simply amazing, but there's nothing simple about them. Don't forget the incredible hp also comes with great milage. They're a cake and ice cream package.

SCEMan said:
That's a nickel plated beauty! Several of my LEO friends bought Pythons in the 70's.
Click to expand...

Thanks, SCEMan. It was a wild-hair purchase that I've never parted with. One of the few I don't regret.

CG, check out Steve's tennis shoes "Chuck Taylor" they came with green soles, and little green stripe on toe. McQueen was a big fan of tennis, he'd be seen at many pro tournaments

Correction.. Jack Purcell tennis shoes, both models made by Converse were top of line during that era
Last edited: Jun 12, 2020

knucklegary said:
McQueen bought a Python 6-3/8" barrel when Charlie Mason had Steve on his hit list.. a little bit of triva..

Trust me watch the documentary "happy" it mind openeing

any of you ever google your old places you lived drive thru on youtube?
2

How do you get your drinking water?
2

Good stuff thread! post things that are good and worth buying
2