I also posted this at scubaboard.com but I'm not getting any replies so I hope you can help me out.

I got my hands on a nice acrylic lid (25mm / 1 inch thick) for a scuba canister. Currently there is a regular mechanical toggle switch installed which I want to replace with a more durable APEM piezo switch (IP69) (PBAR1AF2000). I hope you can help with a few questions.

Can I simply increase the existing (12mm / ½ inch) hole to 16 mm, drop in the piezo switch with the oring and then tighten it using the supplied hex nut? The hole itself is not threaded, it's just hex nut holding everything in place. An alternative would be skip the hex nut and the oring and just use JB weld on the bottom of the piezo switch and its threads and drop it in the hole. 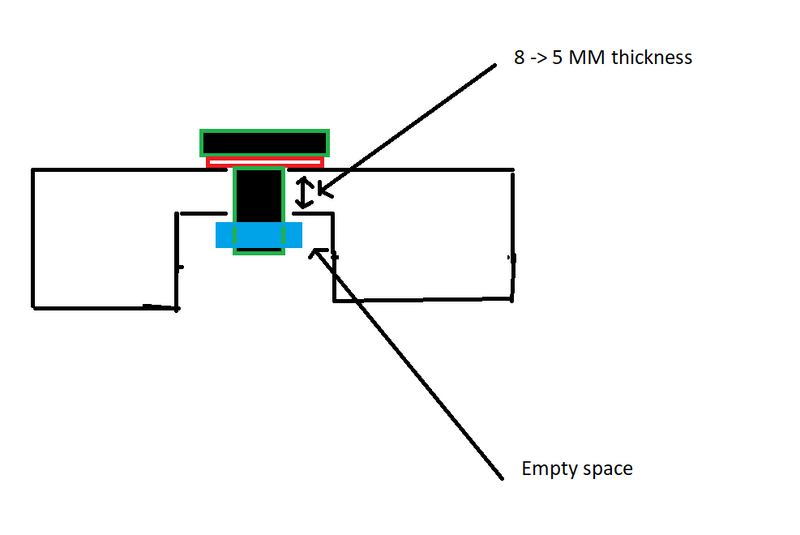 2. Do I need to use any epoxy or Sikaflex to decrease the chances of a leak or is the oring with the tightened hex nut (some Loctite maybe?) good enough?

3. The piezo is a lot smaller than the regular switch. Do I need to fill the empty rectangle space with some sort of epoxy / Sikaflex to increase the strength of the lid and provide a second barrier to water entry? 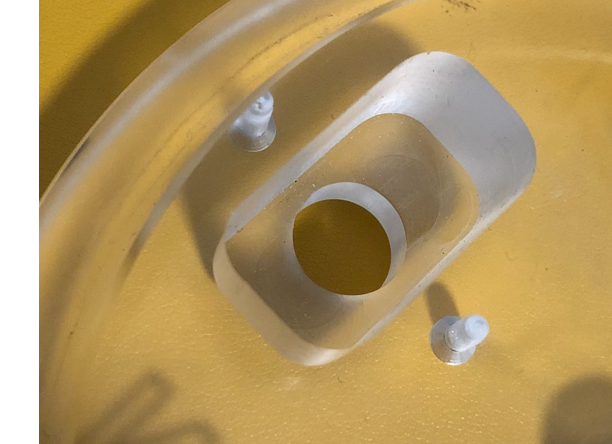 Thanks for your time!

Electrically, it sounds like it would work. However if you're going to actually take it scuba diving, that's a whole science as to what waterproofing works at what depth, so don't take my word for it. Gun to my head, I'd make sure the existing o-rings were in place and silicone lubed, but that's a flashlight guy talking, not a diver. If the original configuration worked and you're replacing components that keep the integrity of the original setup, you might be okay, but again I'm not a diver so take that with a grain of salt. I'd keep the hex nut and always give yourself a way to disassemble and clean and/or reconfigure the switch as needed.

@sween1911 - OP is referring to a 'canister light'. This is a configuration of flashlight that has a small light head separated from the battery canister by a length of cable. It's popular with divers who want a big battery but don't want to hold it in their hand. The battery can is typically attached to whatever sort of backpack the diver is wearing.

@Leto - You haven't mentioned the size of the can. The thickness requirement of a flat round plate to resist uniform pressure is proportional to the pressure requirement and the square of the diameter it spans. But unless you are looking at a huge can or extreme depth, 1" should be more than enough.

For spanning the small hole where the switch is mounted, 5mm should be plenty for recreational diving. If you are looking at extreme depths, some calculations could be in order. I can help with that if needed. I wouldn't bother to fill the hole unless going to extremes. And something soft like Sikaflex would be useless. Only something of comparable stiffness to the acrylic could be helpful in that respect. I have no idea id JB-weld would fit that bill or not.

O-rings tend to seal better with increasing pressure, until they reach a failure point. As a diver, you definitely are not going to take an O-ring anywhere near a pressure that would cause failure. It's my semi-expert opinion that most leaks in dive equipment occur shallow, not deep, or for reasons that have nothing to do with depth/pressure (e.g. debris in the seal). I would rather trust a well-designed and well-maintained O-ring seal than an epoxy seal between unlike materials on a substantially large component subjected to both thermal and mechanical stress, especially if it were not expertly designed and tested.

So I say learn a bit about O-rings and depend on that seal. That has the added benefit of being able to modify, maintain, or repair the unit as needed. I haven't looked recently, but Apple Rubber has had awesome educational materials for O-rings.