Incredible stuff kestrel , Toyota (Honda to) are super reliable . Most of my cars have been either Jap (Nissan s14a/subaru wrx/Mitsubishi shogun and GTO) or German . Few fords in early days as well(RS turbo and RS cosworth).

Still if I could pick any motor, the F150 is up there along side the 911(family bus and daddies weekend ride).:naughty:

I bought a 1999 Ford Crown Victoria new in August 1998.
I kept it until last year, put 260,000 miles on it and the fenders rotted out. I got rear-ended at a traffic light and totaled it.
My biggest repair with it was a $300 plastic intake manifold that cracked.
My mechanic said that it was a half a million mile engine, and he often had seen that in the town car fleet he maintained.

Four or five years ago, my dad offered me his 2008 Grand Marquis with about 60,000 miles on it, but I was happy with my Vic, so he gave it to my youngest brother (made it a part of his inheritance). Last year my brother offered it to me with a broken odometer... he estimated that it had 220,000 miles on it. I swapped him a rifle for it.

It's a classy car with chrome and gold accents, and a landau vinyl roof. It now has 220,602 miles on it.
I took this picture to show my brother that I got the gauge cluster working. 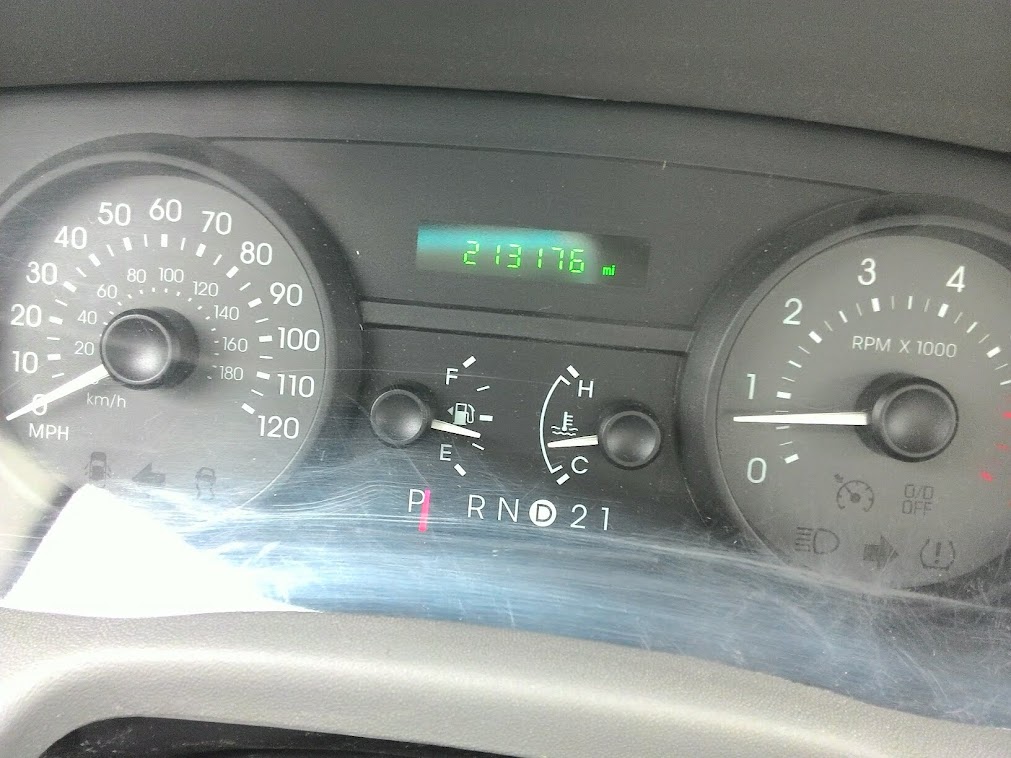 Current car has around the 186k mark on. It's a Subaru Impreza non turbo and to be honest i have no idea how it is still running as well as it is. I recently had an MOT and it only needed 2 drop links taking the total including MOT Test, parts and labour to £100
B

2012 with 166,000. Garage kept and I do anything that needs done. I've done brakes and shocks, I change the transmission fluid every 50,000. I keep the underside painted and it has no rust anywhere. 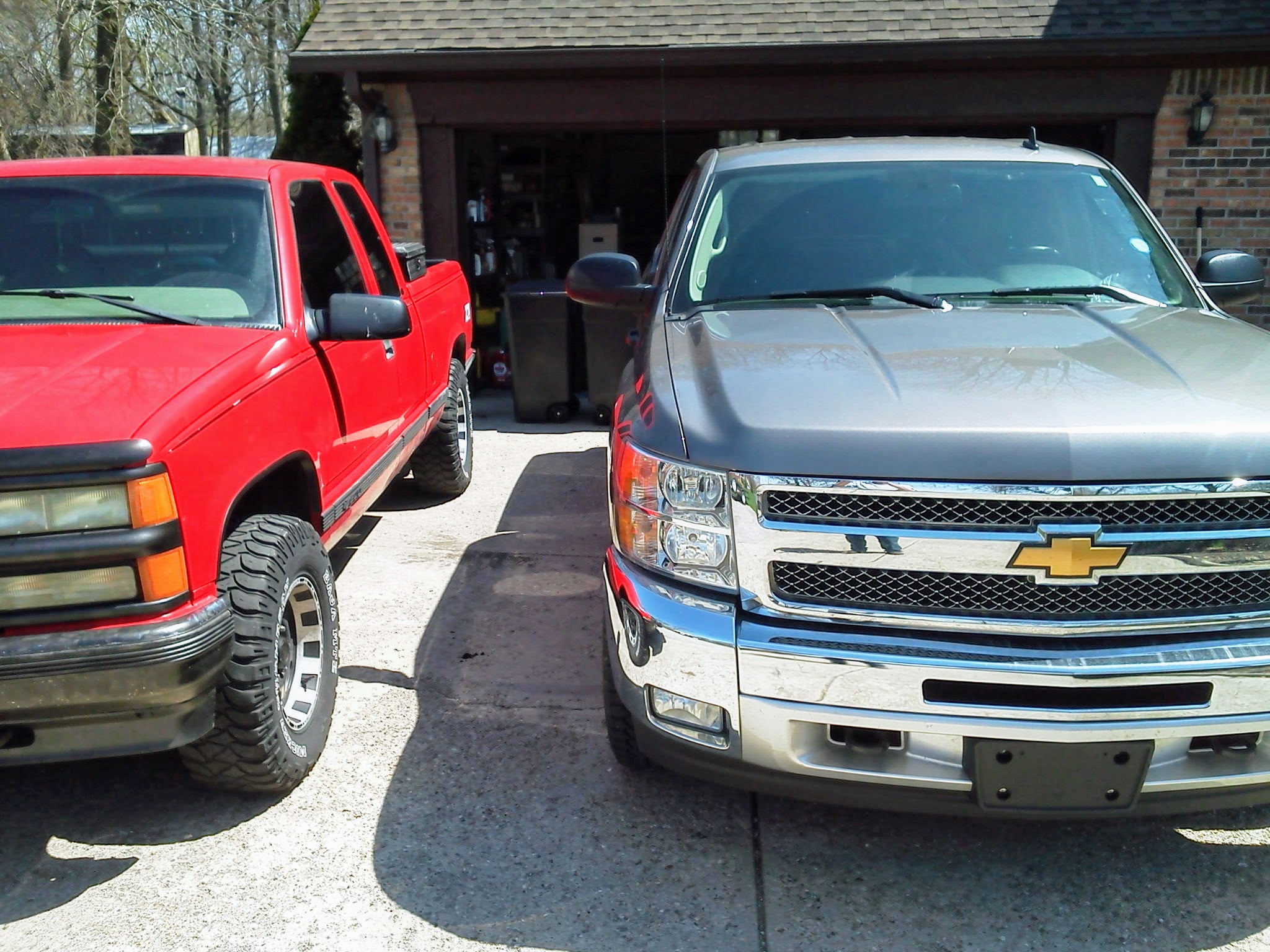 Rubicon1000 said:
2012 with 166,000. Garage kept and I do anything that needs done. I've done brakes and shocks, I change the transmission fluid every 50,000. I keep the underside painted and it has no rust anywhere.
Click to expand...

What kind of paint do you use underneath? And what exactly is painted? Sounds like some good preventative measures there!

markr6 said:
What kind of paint do you use underneath? And what exactly is painted? Sounds like some good preventative measures there!
Click to expand...

I use Rustolium rust converter, you can get it anywhere they sell spray paint. My wife has a 2005 Tahoe that looks like new underneath also. It's a flat black that converts rust and its paintable like a primer. I believe it's called rust reformer.
Last edited: Mar 12, 2019

The car certainly looks very tired, but has been a very good vehicle:
Nothing to complain about, really.

Edit: My calculations indicate that the engine has had in excess of 1.1 Billion revolutions.
Click to expand...

Just to provide a final update;

Yes, $340 was a very low price, but:
The purchaser was a young hispanic man who fixes up beaters & sells them to immigrant families in Portland. So 'Old Red' may get a second lease on life after all - as far as I was concerned, the car was only worth its scrap value, quoted at $25 at the local junkyard.

Virtually perfect transportation for 15 years, but was /so very happy/ to see it go.
Last edited: Jun 10, 2019

WOW, be hard to find another such high level of dependability in a car.......out standing. Newer cars just have too much to go wrong these days, most fixes require plugging in to read codes to. So i have to ask Kestrel , what is going to replace the old faithful? 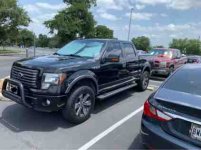 We ordered from the factory a 2000 Mercury Mountaineer. Got it just the way we wanted it. Now with over 205,000 miles it's my wife's grocery/grandkid getter, and she won't part with it. I'm currently driving a 2008 Lexus GX470 with 128K miles. Drives like new.

The most miles I had on any vehicle was an '89 Plymouth Grand Voyager, purchased new and sold in '96 with 240K miles and an iffy head gasket. At the time I thought it was a great vehicle, but since then the Ford and Toyota products I've owned have needed so much less frequent repairs than my Chrysler products before that, I would be very hesitant to own another Chrysler product.
J

Rexlion, I hear you on the Chrysler products. When the Jeep TJ Wranglers came out, I waited a year to let them work the bugs out. Good thing, as they had
problems with the cylinder bores on some of the early engines. I then special-ordered one with a Dana 44 rear differential and limited-slip differential -- you couldn't
get factory locking differentials back then. Had 2 significant problems that were taken care of under warranty, and then it left my wife stranded on the Interstate
at 40,0000 miles -- just waiting for the Hillside Stranglers to drive by... It was a dead fuel pump. Rather expensive fix due to having to drop the gas tank (in which the fuel pump was located), plus very high cost of parts. I've driven Toyotas the equivalent of to the moon and back a couple of times, and have never even HEARD of a fuel pump going bad before!! At the time, I was trying to be "patriotic" and buy an American vehicle, but had bad luck with both. The other was a really nice Mercury Grand Marquis that would shut off whenever it rained heavily... and which gave us any number of other problems. Both got sold within a couple of years of purchase due to multiple issues. Switched back to Toyotas and have been happy ever since.


Our long-distance champ at the moment is a 2006 Toyota Camry with ~221,000 miles. It has been phenomenally reliable. We had a brake job done at
180,000 miles, and the alternator finally went out at about 210,000. Other than that, just regular oil changes, new tires, and an occasional light bulb.
It still runs beautifully, and gets excellent gas mileage, even with the original spark plugs still in it. My original goal was to try to get 250,000 miles out of it, but
it's looking like it could go for quite a few more years. We've had several other Toyotas over the decades, and all have been super, but this one is the best yet
as far as being totally trouble-free for so many years/miles. We also have a 2007 FJ Cruiser which we've kept the miles low on -- only a little over 100,000. It's
been totally trouble free so far. It has such excellent off-road capabilities that I've tried to limit using it as basic transportation. As they don't import them any more,
people are actively seeking them out on the used market due to their reliability and capabilities. Looks like my 4WD needs are under control for at least another 15-20 years, at the rate I'm going!