Jesjes said:
@denbarretsar :
what the hell is this crazy big one in the led picture in the right upper corner...?? Im not sure, but maybe i v seen it in a hidden forum last year? What happend with this project? It sounded so great!
By the way, are you the founder in the blf latern Project?
Click to expand...

Sorry for the (3-year late) reply.. yes i am the founder/designer of the BLF LT1 lantern project. (known as DBSAR on many other flashlight, camping, survival sites & Youtube. (as DBSARlight)
D

Guess I qualify now as a lantern collector of sorts as I've acquired a number mostly on sale/clearance and some good ones from thrift shops.

Most are LED but several used flange-base 4.5-6v incan. bulbs which have been converted using Dorcy 30/40 lumen LED bulbs...not really bright (<1W) but good enough for use around the house.

Also have a number of smaller AA or AAA lanterns, nothing exceptional.

I have a Ray-O-Vac 3D Sportsman, then recently found the smaller 3AA version. Similar features, both have twist-detachable diffuser top so can be hung upside-down as area light.

For used ones,it pays to check for damage due to leaked cells, but I've found many which are pristine. Most are being powered by a nearly endless supply of good used alkalines recovered from battery recycling...a topic in itself.

flashmenow said:
Here is a old one. A Railroad Lantern.

wardroid said:
you guys are crazy!
I never thought much of my lanterns, but I have an 'unintentional' collection of about 7.

also have another old coleman duel burner and a few others I can remember at the moment.
Click to expand...

This is unique, I've never seen one of these. I have one of the green double burner lanterns 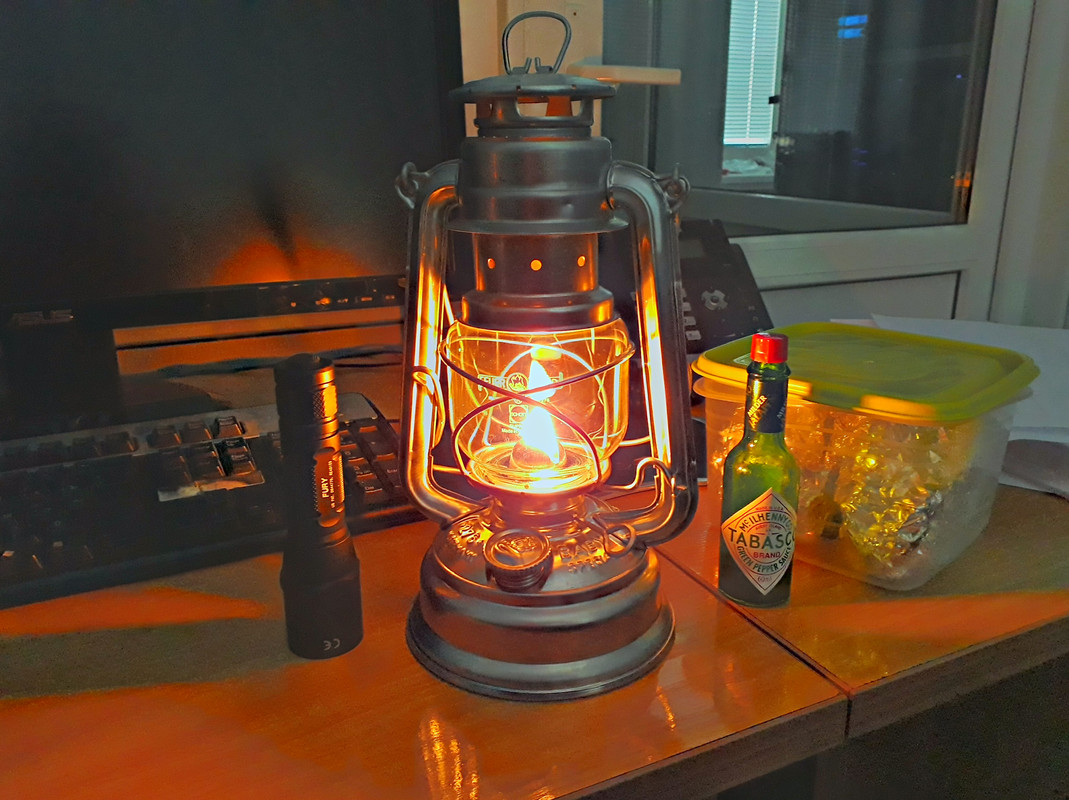