So, I've got a handful of Surefire lights, some 6p's and a 9p. I just love them.
I've got M61 Malkoff head in one of my 6p's and an M61SHO head in my 9p, and the others have some Chinese knockoff heads.

I'm going to be doing some night-time pig hunting and need to light up a feeder at ~100yd, but want to use red light.

If you hunt at night and spot pigs this way, what do you use?

The SHO lights up my feeder ok from where I sit unfiltered, but if I put a red filter on it I think it will diminish the throw.

Should I get a new light with a bigger head and apply the red filter or will a new 6P/9P drop-in with a red LED work as good? I know the small head will have less throw...

What about a Fenix TK22 with a red filter? What's the throw like on those? Or I've also been thinking of a 3D Maglite with a Malkoff drop-in and filter....but Malkoff is out of Maglite dropins...

You'll get much more illumination with a dedicated red LED.

A normal white LED has very little at the red end of the spectrum, so by filtering you will lose most of the output. You'll probably also end up with an orangey mush rather than pure red. The Surefire filters are better in this respect than some others, but you will still lose a lot of output with a filter.

I have an Olight M20 Crimson that lights up my whole back yard - rather too bright for astronomy but something like this would be ideal for your pig-sticking. 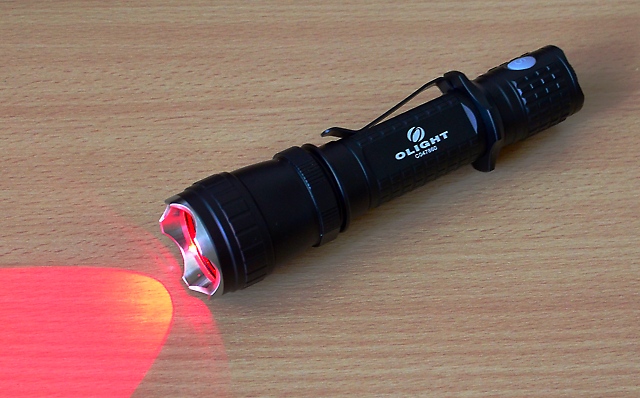 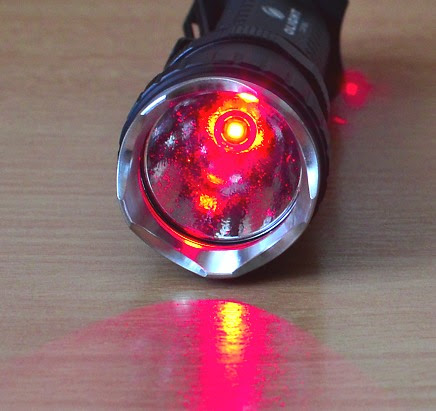 Nailbender can make you a red led drop in for your Surefire , you can also try a Armytek with a green led , very good throw.
Or a green laser lamp , useful till 150 metres.
A

That's what I was thinking.... Probably ought to go for a straight red LED instead of a filter....

Maybe a P60 dropin from Vinhnguyen54 or Nailbender? -- Red LED, 2 mode (high/med), smooth reflector. Unsure of what kind of driver.
Guess it would depend on whether I used my 6p or 9p....

I used to have a SF L1 with a red LED and that thing was bright!
1

Solarforce P4 drop-in with a L2 body, should fit the 6P: