The light I'm looking at today is the Brinyte WT01. This is a 26650 light with a large reflector, controlled by a single side switch. The light is also notable for charging wirelessly in a provided dock, without any external contacts.
The sample I have is a prototype, and is labelled as a sample. The final production light may have some changes. 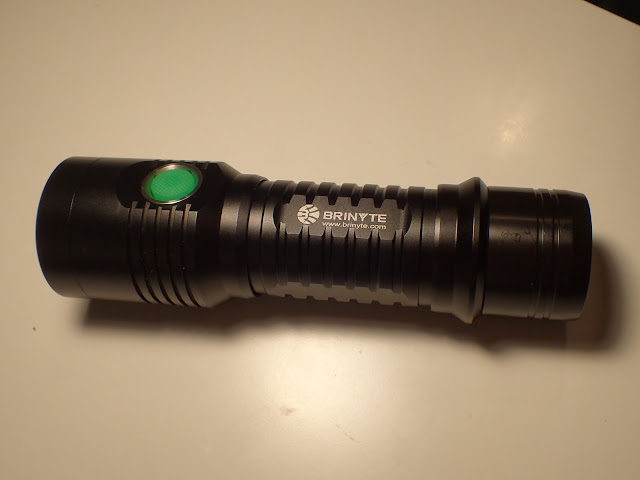 ​
I've been wanting to test out this light ever since I first saw that Brinyte was working on it. The light is actually an update to the Orcatorch WR10. The main feature of the light is the wireless charging base, and the fact that it automatically turns on when power is cut.
That last feature may not sound like a big deal to nuts like me that usually have 3 flashlights within arm's reach, but for people who only use flashlights in power outages and emergencies it can be a big deal! This light does indeed have that feature, and it works as advertised. I have a few concerns about UI and charge performance - they do work, but I think they could definitely be improved on. Since this is a prototype, I hope Brinyte can make some changes before the production version is released.