Single Cell CR123A Lights: What do you use?

I like my pocket lights as small as I can get them. Have a quark mini mkiii on a p7 clip. Expensive for what it is, but got it on black Friday. Not many small twisty lights left, and this is the only one I found that came on high

yazkaz said:
The M6 may be much easier to find and also cheaper, but the M1 is much more rare and difficult to source, hence the price hike. And if you're dying for the very original 3310 then well, good luck with that...

That said, the M6 (2320) is gradually running out and the only other variant you can find easily is the 2330 LED model. Not sure if the build quality is as good as the incan original though, but it was released at the same time as the M1 (2310 LED) back in 2006 I believe.
Click to expand...

Ive got two from 2003, never tried the led models. I love these lights, they feel great in the hand and the switch feels so much better then on my 6Ps. They also have the adjustable beam. They even look better aesthetically IMO. I dont know why they weren't as popular as the 6Ps.

We talked about the Keeppower 3V rcr123a here before. I tried to pair a lumens fractory HO-E1A with one yesterday evening. It blew the bulb immediately. So much for it being a "direct replacement for cr123s". I did not expect that, especially since I had no problems with them in my 6Ps or peli M6. Just a warning to anyone who might want to try that.

Olumin said:
We talked about the Keeppower 3V rcr123a here before. I tried to pair a lumens fractory HO-E1A with one yesterday evening. It blew the bulb immediately. So much for it being a "direct replacement for cr123s". I did not expect that, especially since I had no problems with them in my 6Ps or peli M6. Just a warning to anyone who might want to try that.
Click to expand...

It might be because a primary 3 volt is only pulling 2.2-2.4 volts under load. Thinking the keeppower might be and actually 3 volts. Just a guess

I’ve personally been moving away from CR123A lights but I still often use four lights that run on them. That’s the HDS Rotary, McGizmo Haiku, and Malkoff Bodyguard. And the Spy.

In the 16340 size, the Vapcell lavenders are perfect. And a case full of fresh Surefire CR123A as backup. To me, having disposable backup cells is a rarely needed option, but a nice one to have anyway.
S

Mostly use Led Lenser F1 as EDC, even after yers stored with Battery, functional with 400+ lm, as no quiet current flows 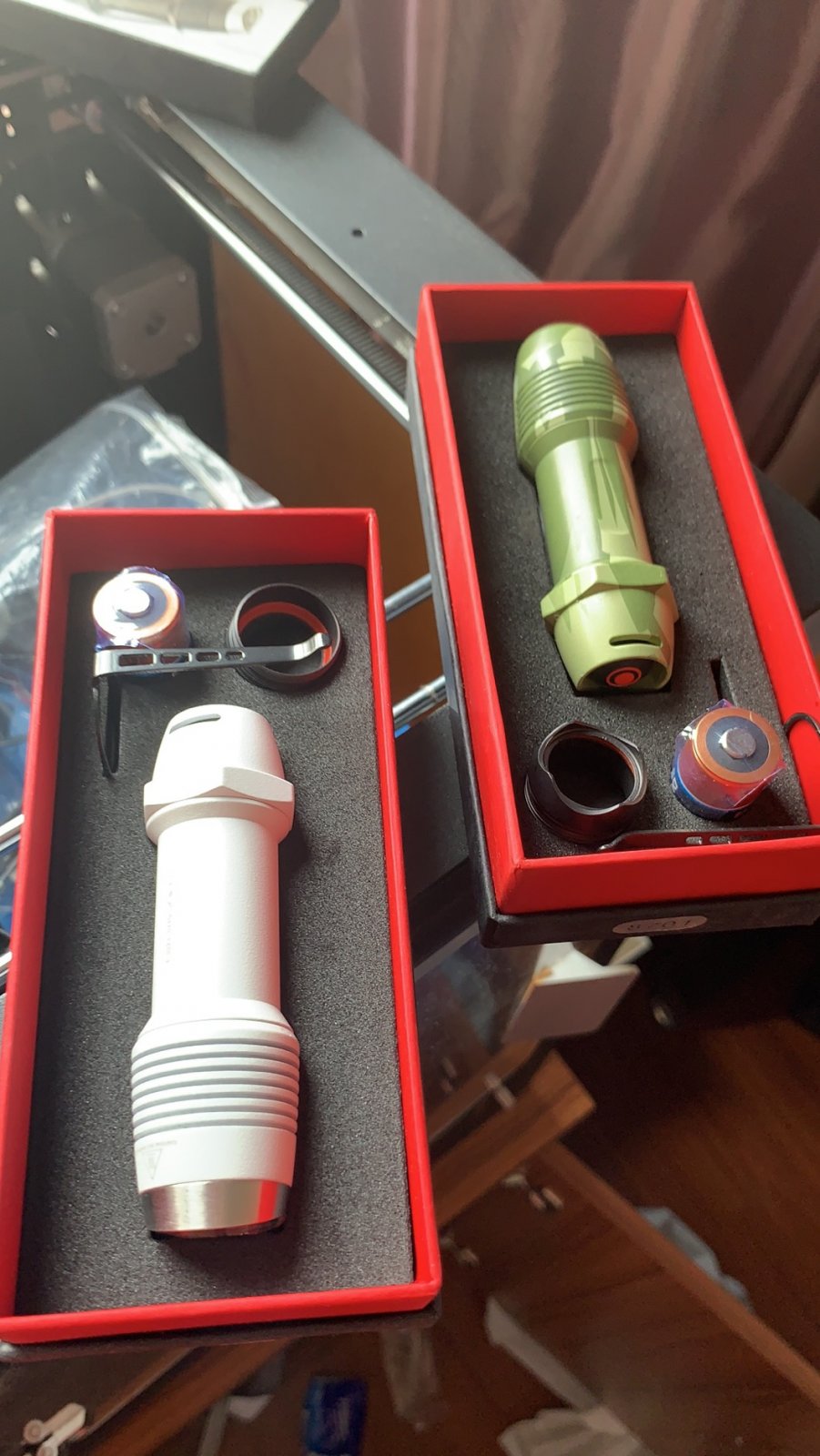 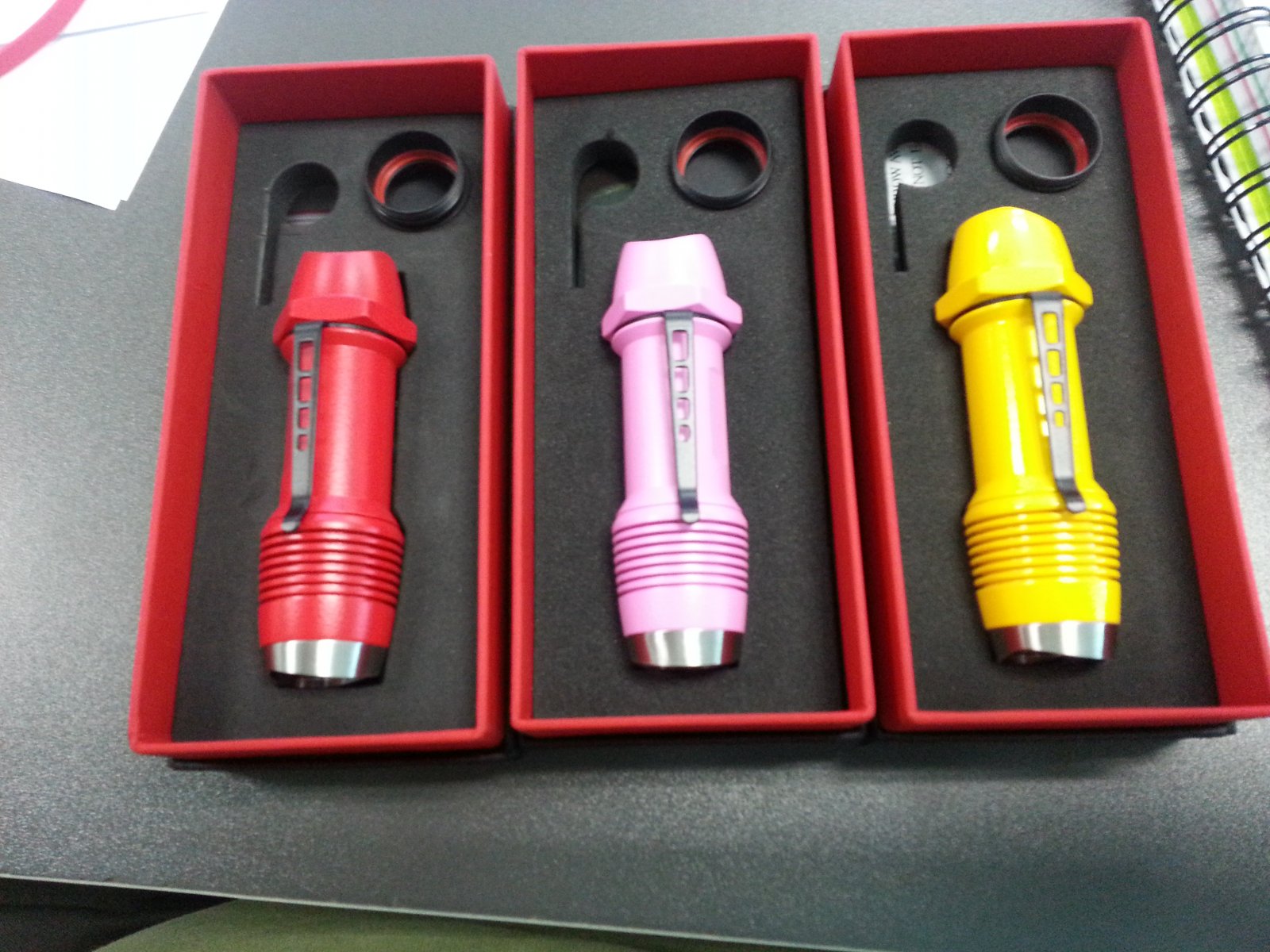 GoVegan said:
I have used/carried all the below CR123A lights as EDC. Listed in order of purchase as I only started using CR123A lights since 2015.

Streamlight Protac 1L (180 lumens). 2015.
Stopped using as developed terrible flicker after a about 18 months, that I couldn't resolve (tried everything including other switches), so issue seems to be in the head, but never dropped.

Elzetta Alpha. 2016.
Stopped using as high only, so of limited use. Plan to sell.

Streamlight Protac 1L-1AA. 2016
Now my backup light, carried on my EDC pack. I don't really trust the Streamlight Protac series as they are cheap Chinese made lights and I have had bad flicker issues with 3 other models, but so far this one has held up good.

HDS EDC Executive 250. 2018.
Most most used/carried. Best EDC light ever IMO, I highly recommended it. Long runtimes, perfect balance of beam, and good throw on the XP-G2. I've never felt I needed more than it's 250 lumens.

Malkoff MDC SHO. 2018.
Recently sold as I just wasn't using it any more, due to high only.

HDS EDC LE 250. 2019.
Second most used/carried. Awesome runtime on high, but hard to beat the general utility of the Executive model.

Surefire Backup E1B-MV. 2019.
Nice light, but stopped carrying as it has a terrible 27 min runtime on a primary CR123. Nice low for indoors, but of limited use walking outside in the urban areas. Still deciding to sell or not.

Surefire Vampire V1. 2020.
Nice throw, but of limited applications after I carried it for a while. Also plan to sell.

Although there are so many CR123 lights on the market, many have side power buttons (Olight etc), I avoid all these types, so only ever considered the above for EDC pocket carry.
Overall I've been fairly disappointed with most of my CR123 lights, apart from my HDS ones. If HDS Systems didn't exist I'd probably go back to AA lights and carry a Fenix E12 V2.0.
Click to expand...

You might be interested in trying the Tactician head on a Malkoff MDC body using rechargeables… it is an awesome setup. The Maxvision beam is, from my perspective, superb and with Efest flattop 16430’s, IIRC, I get >300 lumens for 45 minutes. Low works great also when needed.

For my use, this is a perfect EDC…

SF M4 with MN60 bulb it worked fine for me on 4 * 16340, but not for long, about 7 minutes, after which the batteries were sucked. I do not recommend repeating, tk. there is a possibility that I came across some very overload-resistant lamp. I had a similar experience with an industrial light bulb 24 V, I put it in the 48 V socket by mistake. It worked for about 3 days, until the light disappeared, I looked - the lamp was working, but because of the tungsten, the light stopped coming out to the surface. The lamp should be transparent, but it is covered with a layer of tungsten inside and looks like a mirror.

At the moment there are 2 - Novatac Wichita and SF L1. In Novatac, I don't like the fact that the choice of the power source must be done manually and does not always work correctly.

L1 is the perfect size, not too big or small. It has a rather interesting head, it seems that it was developed for incandescent lamps and E1E-type heads, since there is no driver inside the head, it is in the body and has corresponding connectors for the lamp. It works great from 16340. 16340 main food for him. I save the CR123 just in case because of their extremely good shelf life and the ability to work in cold weather, when 16340 freeze and stop working after 4-5 minutes.

There is also a Makai head with 119V and a 1AA driver, a very good combination with the body of the SF EB1, works on any battery in this body. 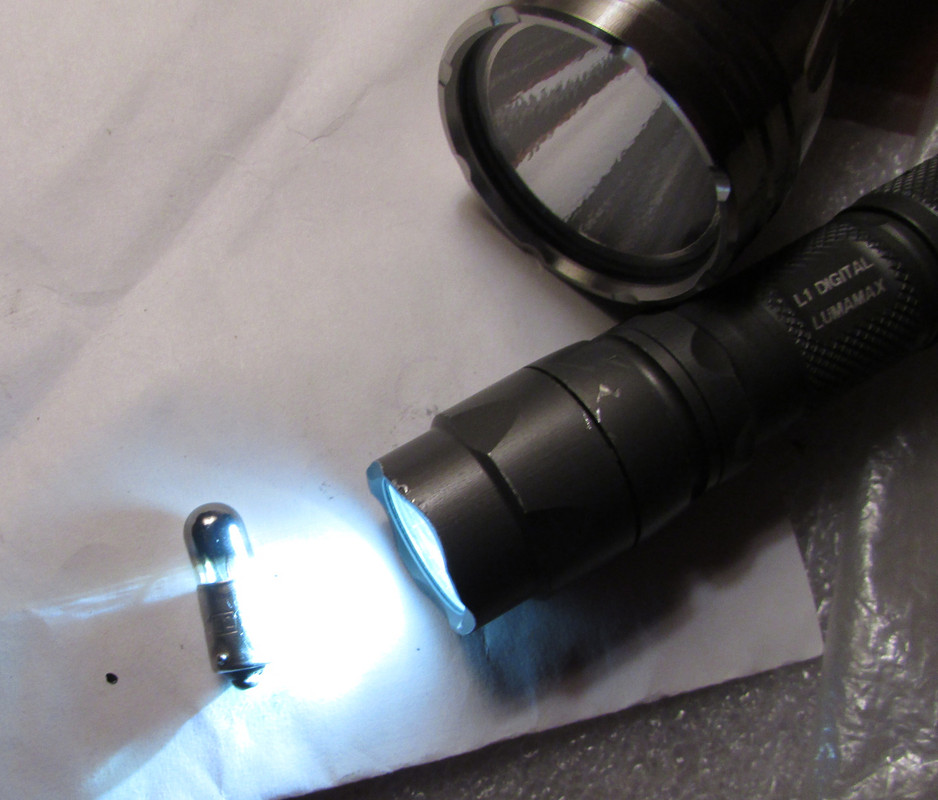 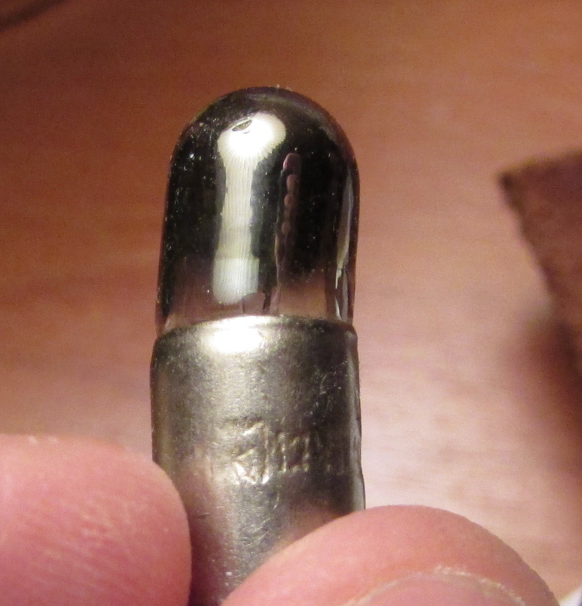 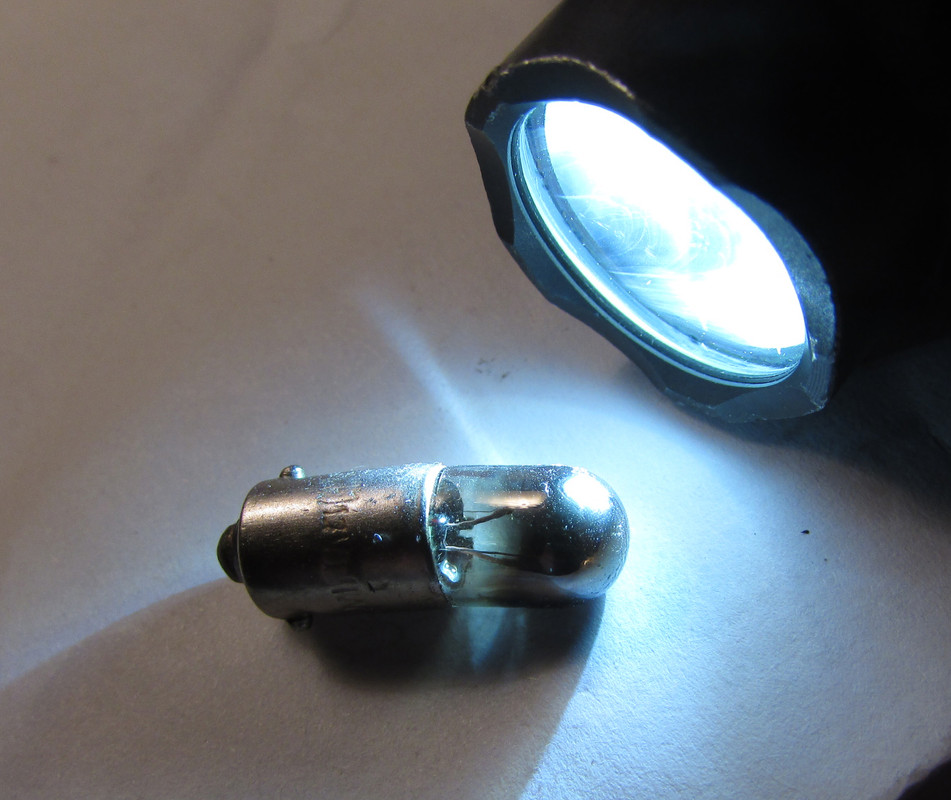 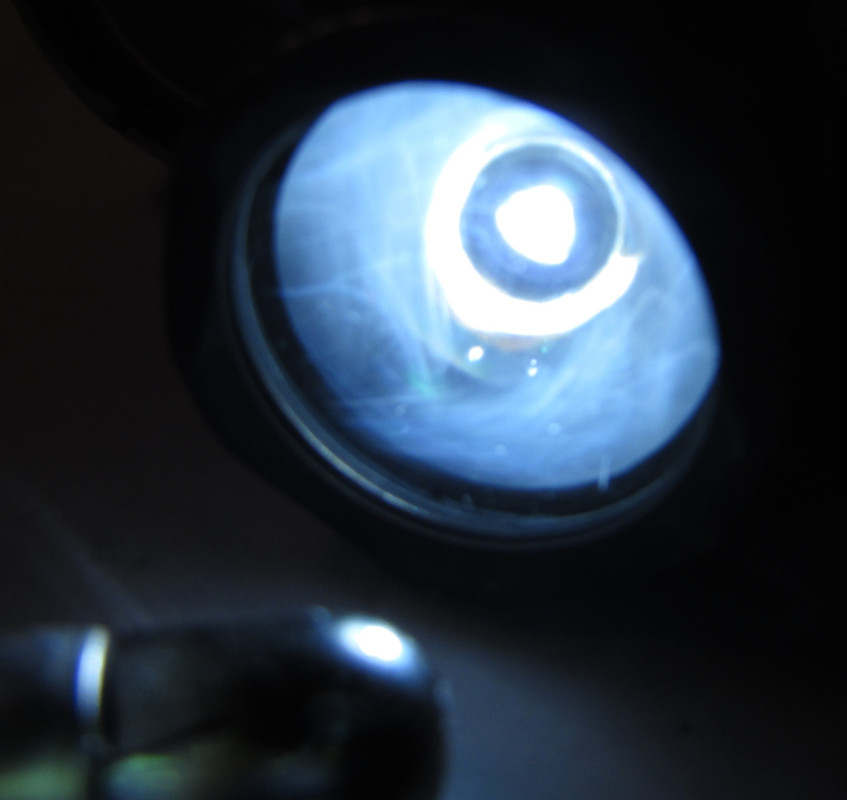 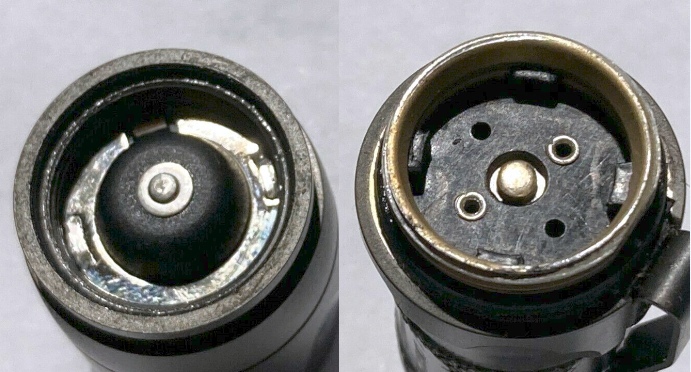 Will this setup fit protected/charger-port 16340s?

arrgh my eyes!! said:
Will this setup fit protected/charger-port 16340s?
Click to expand... 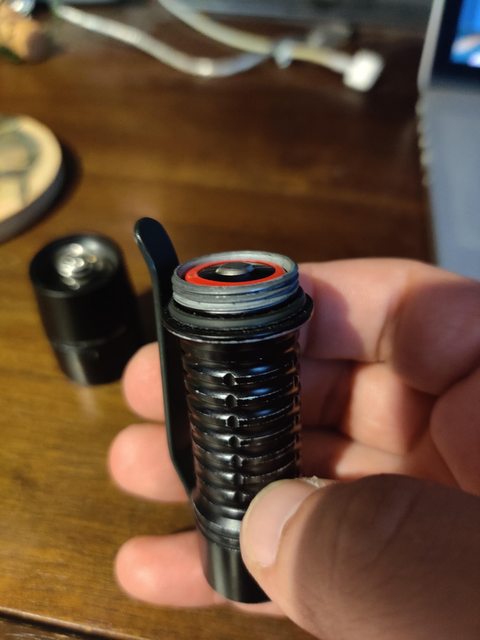 These cells are 32.86mm's in length. Sorry, I can't say for sure but I hope this at least helps.

arrgh my eyes!! said:
Will this setup fit protected/charger-port 16340s?
Click to expand...

I still prefer CR123 lights. A good compromise between power and runtime without taking up too much valuable pocket space. I have much larger , more powerful lights. However this E16 is with me most of the time. 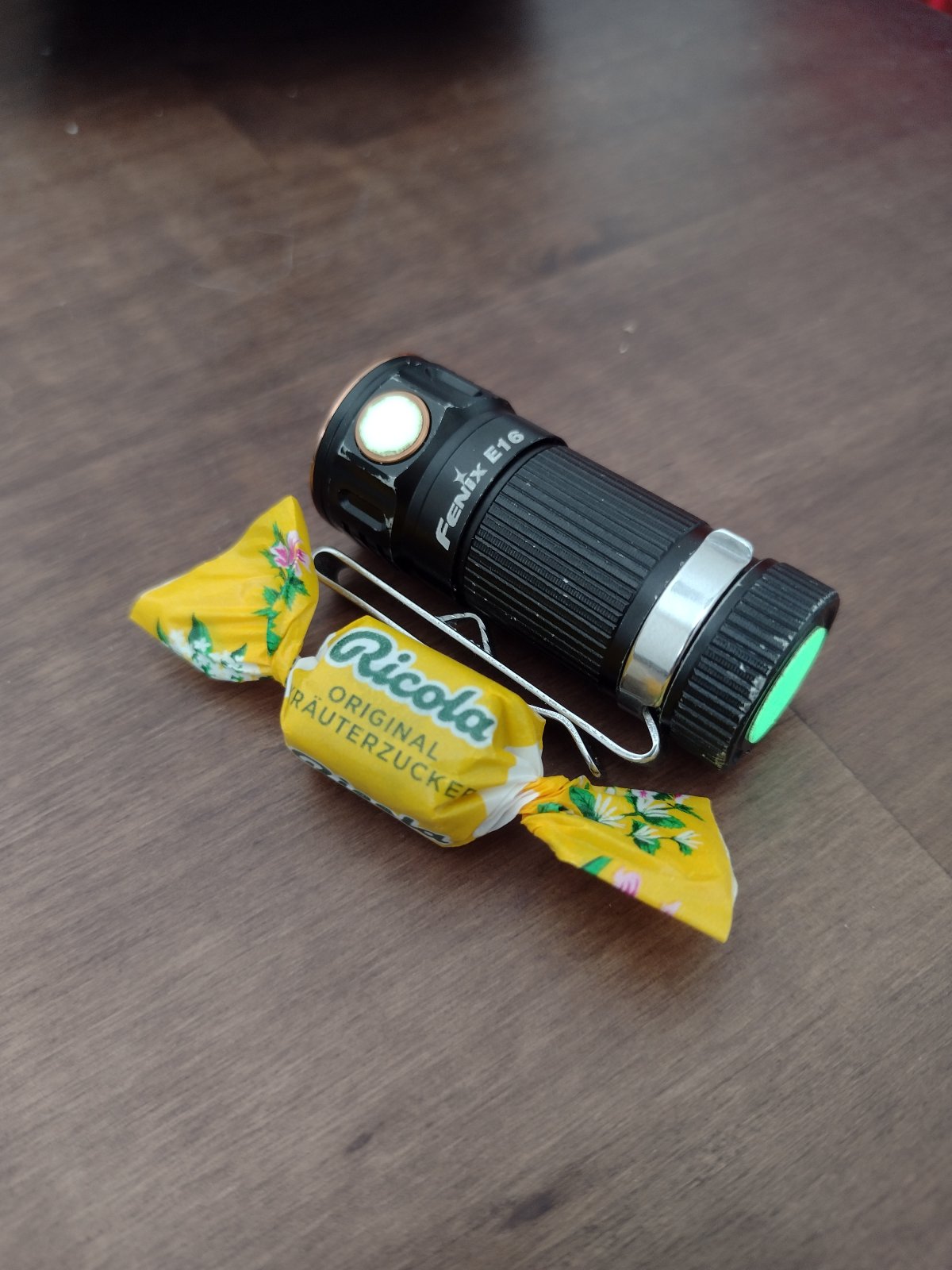 Is the button on that too easy to press in a pocket?
3

A little OT here, but I think registering and waiting 6 years to post is a record. Also, welcome to CPF.

GarageBoy said:
Is the button on that too easy to press in a pocket?
Click to expand...

Yes, fortunately the design has a mechanical lockout and a electronic lockout. It's been a little over 3 years of carry with no hot pockets yet. The UI is second nature to me now. Really happy with this tiny light, it replaced a SF E1E that I carried for years.
You must log in or register to reply here.
Share:
Facebook Twitter Reddit Pinterest Tumblr WhatsApp Email Share Link

Holsters & Lanyards for our lights (what do you use)