Stare into a red LED for three minutes a week, improve your vision?

I ran across this article about a study where they had test subjects of varying ages stare into a red LED for a few minutes in the morning. The article claims that this stimulated mitochondria in the eyes and resulted in improvement in color perception in subjects over 40. The study also had their subjects try this at mid-day and evening and found that there was little to no improvement in vision when done at these times as the eyes had already adapted to daylight and thus minimized the benefit.

They used ordinary red 670nm LED flashlights in the study. Here's a photo of one of their lights. 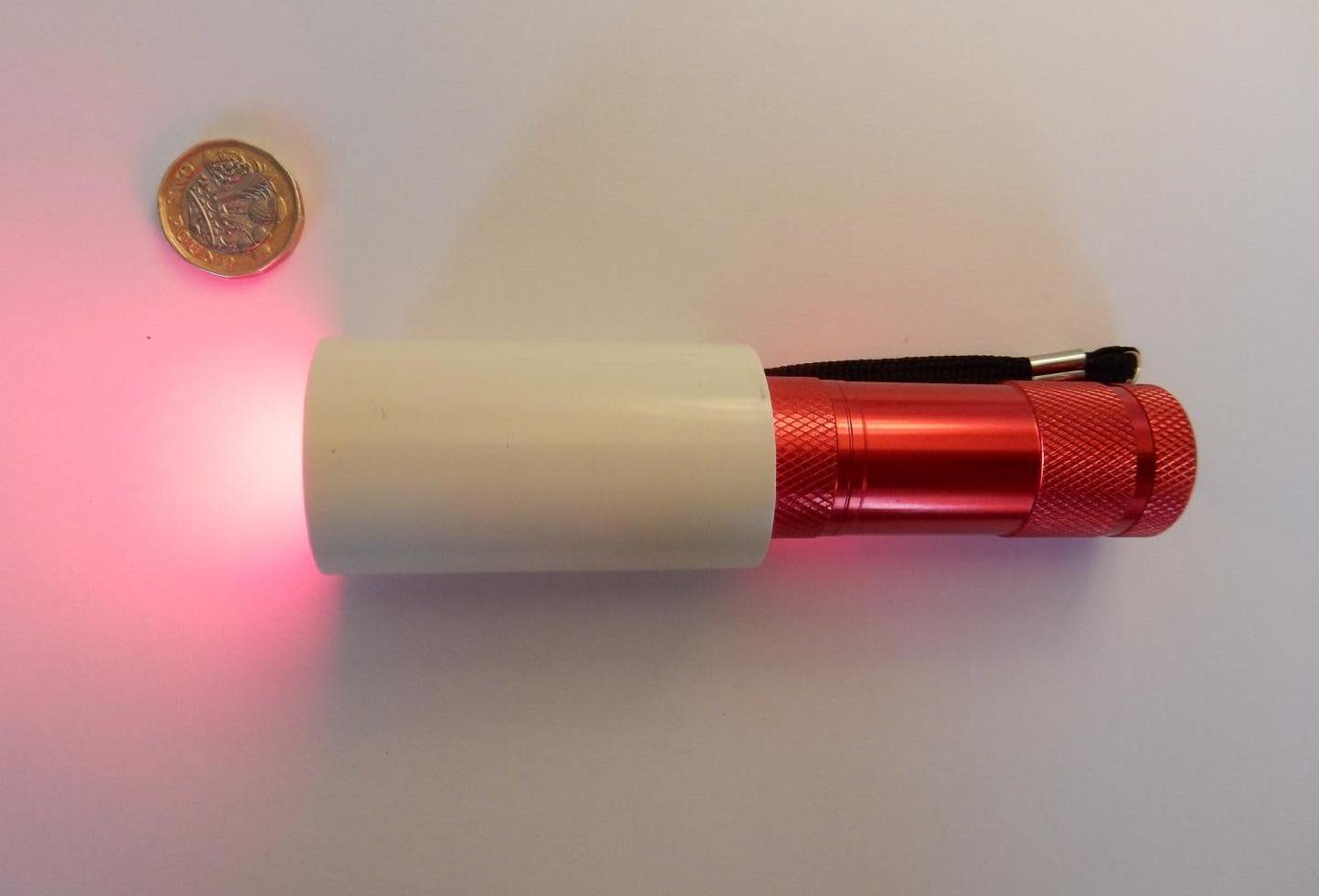 Interesting. Seems the company, Sharper Image, is still selling hair brushes that use red LED's to stimulate hair regrowth (660nm). There are cheaper options as well.

I went back to the article and dug up the specifics on the light including wavelength, number of LEDs and power density. Turns out that white hood houses a diffuser.

670-nm light devices were based on simple commercial DC torches with ten 670-nm LEDs mounted behind a light diffuser embedded in a tube that was 4 cm in diameter. Energies at the cornea were approximately 40 mW/cm2​ which often resulted in a mild green after image for approximately 5–10 seconds. Participants were asked to use the light to illuminate their dominant eye every morning for 3 minutes and to repeat this daily for 2 weeks.

Honestly I think that staring into a red light with one eye for 3 minutes and having a green after-image in that eye would be slightly nauseating.
Last edited: Nov 27, 2021
A

better imo to just use a red light for dark illumination...

Three cups of tea ...another vision

P
Bye for a week

Going away for a week

R
Men who Stare at Goats

I'll be away for about a week