Would you be able to ID this cr123 extender for SF P/C series? 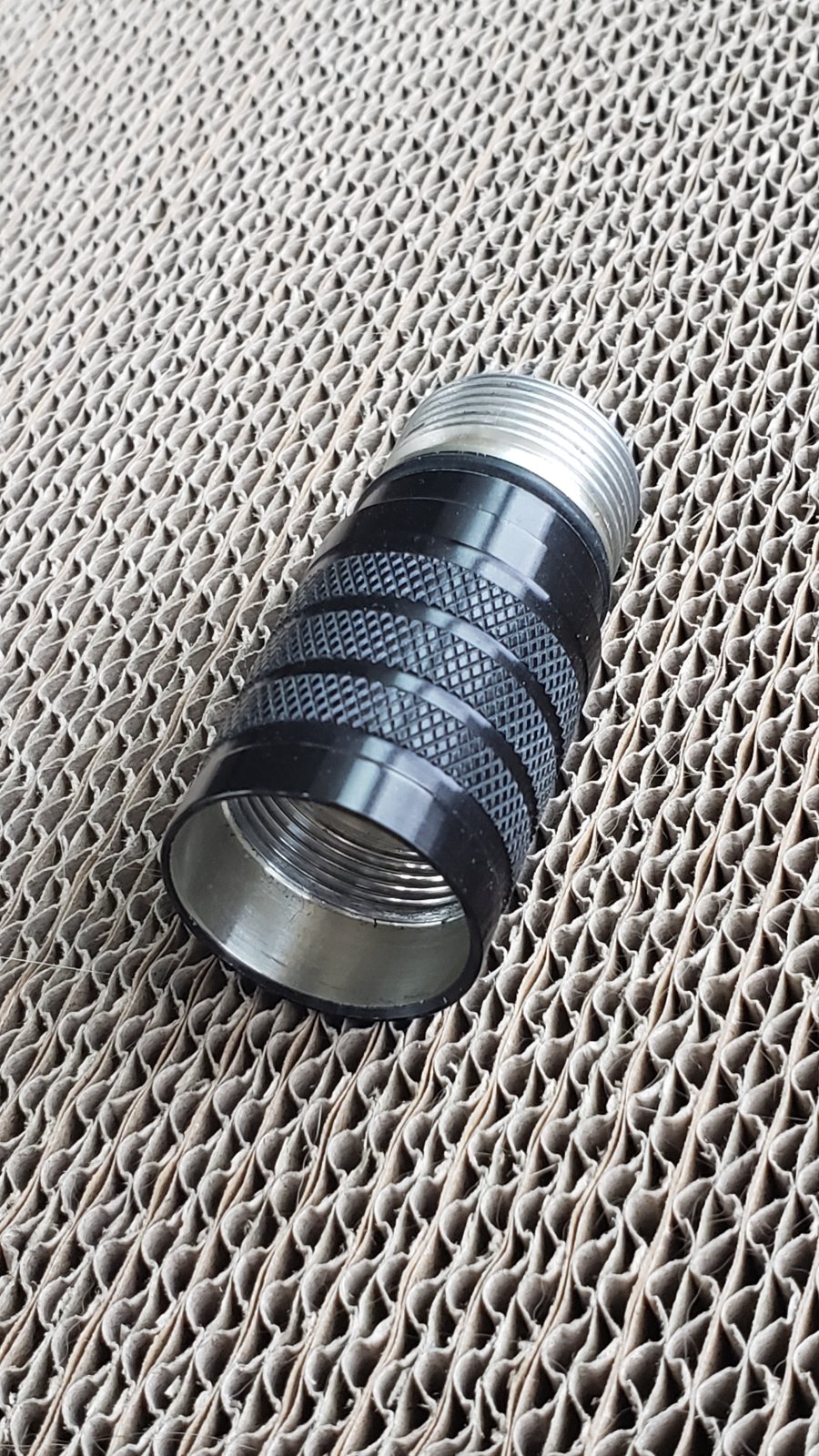 I had one like that, the HA version. Same 3 knurled rings.

I forget the other brand that was making Surefire extenders, I don't think that one is a "Leef" (is there a little maple leef engraved on it anywhere?) ... maybe the same brand that was making the combat grip "detonator" extenders. G&P? Anyway, it's a non-Surefire-branded single CR123 extender. I think Lighthound (a moment of silence.... ) was selling them.
M

@sween1911 , thank you - no leafs or any other markings on it. If it's the same brand as detonator, that would be TnC I believe. Thank you!

And now that I look at it, I named the topic in a confusing way - I believe SF only made A19 extender - and I was actually looking for a manufacturer of this one knowing it's not SF

Surefire has a few extenders, A19 and A21 are the most commonly searched for to add a 1xCR123 extension (although I think technically the A21 existed so you could add an A21 and an A19 to an LU collar and make a 6P?), they also made the A/AN-14 to make any of the 6-volt lights to their older proprietary rechargeable series- these are about the length of a single AA.

This looks like LEEF or TNC, I've been hunting for a detonator for a few days now.... nice looking adapter right there!
M

I double checked, no markings on this one, but search is nicely narrowed down by now

Some extenders with built in McClicky switch available here.

Okay, old school content... I think the piece you have was originally here even though there's no picture.
TnC had two of them. One was the Detonator, the other one was this one.