So, I recently flew across the country for some hiking and fishing out west. I made sure to pack all of my good lights, knowing that I would be spending a lot of time in the backcountry before sunrise. But this story isn't about my light, its about the gentleman's light in front of me in the TSA security line in Denver. When I got to the conveyor belt and started putting all of my items into bins to go through the x ray machine, I noticed that right there on the end of the conveyor (not on the rollers but sort of on the side rail) was a Surefire Stiletto. I looked up and on the other side of the machine was someone putting his belt back on and I figured maybe it was his so I told the TSA agent that someone had left their flashlight and asked them to check with the guy who had just gone through. At this point I can see them talking and the person acknowledges that it is his light, so the TSA agent puts it in a bucket and sends it through after my stuff.

When I get through to the other side I complimented the gentleman on his flashlight choice, trying to see if he is a flashlight nerd like me too, but he was very nervous and didn't really have much to say. As I was putting my shoes back on and getting my things together a TSA agent walks over to him and gives him a brief but somewhat stern lecture (after testing out the flashlight to ensure that it was a flashlight) that the passenger should not bring this model flashlight on a plane because it looks like a taser. So that left me wondering did the guy realize this last second and decide to leave it behind on purpose? Does the TSA have any authority to ban certain items because they look like a weapon? Has anyone else had any esperience like this with a Surefire Stiletto?

Just figured I would share this flashlight related story.
3

TSA is the greatest waste of time & money coming from the events of 9/11. Their tested failure rate in finding "dangerous" items during screenings is well over 90%, so what is the point? To show you who's boss & it ain't you sheep

TSA has the ultimate say on what passes go.
It will vary per location and agent.

Per TSA, a flashlight falls under the tool guidelines.

Ooof, that's a tough one. You never want to be the test case to see what TSA will allow or not.

I made a case for my Sony Bluetooth earbuds out of PVC pipe that I carry back and forth to work everyday, but made the call NOT to take it on the plane because it looks a little sketchy.

I don't fly because TSA and the industry in general is a joke, service is horrible.

IF I had to fly, I wouldn't take anything that I wasn't ok throwing in the trash. To include my close and the bag I would use. TSA has a bad habit of losseing stuff.

I've come across some guidelines that say you cannot have a flashlight that is designed to be used as a weapon. I'm not sure what TSA's official wording is. But I think this would mean you can't have a strike bezel. It would be odd to not allow a particular light that is not a weapon in any way, just because some bone head TSA agent thinks it resembles one.

in the past, i had a small pocket knife that they found in a carryon. they had bubble mailers ready to go and some way to pay for postage. it was easy to mail it to myself.

also, scissors of that length are allowed.

If packed in carry-on, they must be less than 4 inches from the pivot point. Any sharp objects in checked bags should be sheathed or securely wrapped to prevent injury to baggage handlers and inspectors.

so never mind the fact that i could have brought scissors and snapped them apart at the joint on the plane and had two knives of equivalent length.

I just flew from Newark to West Palm last week and back. I had the Stiletto in my pocket, an Acebeam E70 Mini and Reylight Pineapple in my bag. They never batted an eye until they saw that I had AirPods as well as a pair of Beats headphones....They ran them both thru the Xray a second time. Maybe they figured it was sketchy that I had 2?

It just takes some common sense and the assumption that most of the employees are incompetent and probably ignorant of all the rules that they’re there to enforce. I have tsa pre check so avoid most of the hassle and i never take anything resembling a weapon or anything i can’t replace. I don’t even wear anything metal, no buckles, sneakers that slip off, almost never check a bag, and travel with the attitude that I can always buy something i need when i land (i don’t go to 3rd world countries). A beat up MDC that looks like a flashlight has never been flagged. People who don’t know how things work these days (slow and inefficient)are the reason the lines are so long and there are delays.

Yet my wife forgot her spyderco pm2 in her purse once and it wasn’t caught at LAX. Only on the return trip was it flagged and we mailed it home. You could probably get an AK out of LAX!

I cant stand jet travel and I dont trust planes. I wish it was still possible to cross the atlantic via express liner but those times are over. Now your only bet is hitching a ride on a cargo ship or over-paying for a ticket on the wannabe-liner QM2 (which is anything but "express"). Id rather be in a private cabin for a week then half a day on a jet.

That TSA agent is a disgrace. What he said was his own nonsense and power-trip. Not policy. Best way to silence someone like that is to demand to speak with a supervisor to clear up the issue. Yes, become a Karen. Though in this case, it would be worth it! I thought I was about to read a story similar to one that popped up on CPF years ago. Member was flying with his Streamlight TL-2 LED model. TSA agent was fawning all over it, and the vibe was clear that he was fishing for any excuse to "confiscate" it. Actually steal it for himself. Member was having none of it!

I rarely fly. At my night-shift job, I deal with TSA agents all the time. Not all of them are worthless. But won't lie, a good many of them truly are. Best thing to do, NEVER fly with your best gear! Don't even take your 2nd string. 3rd string gear, go with that.

Despicable Albuquerque TSA agent took my orange Snapon ergonomic screwdriver, saying it was too long (less than an inch)

Find many great new & used options and get the best deals for Snap-on Ratcheting Screwdriver Pistol Grip Style SSDMRE4 at the best online prices at eBay! Free shipping for many products!
www.ebay.com 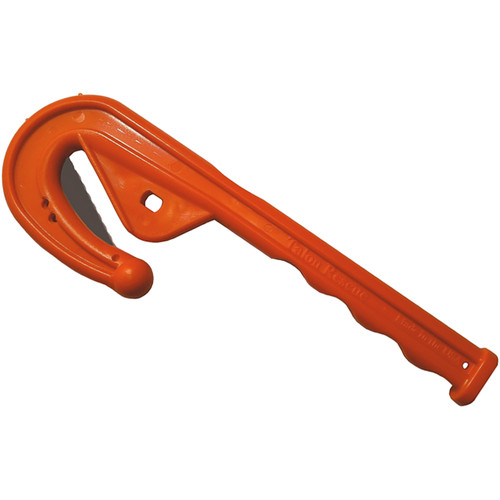 The Talon is an alternative to trauma shears and seat belt cutters, specifically designed to simultaneously remove multiple layers of clothing, racing uniforms, leathers, turnout gear and other obstructions without the use of trauma shears.

I went through numerous airports before with both those items.

what do you mean by "less than an inch" 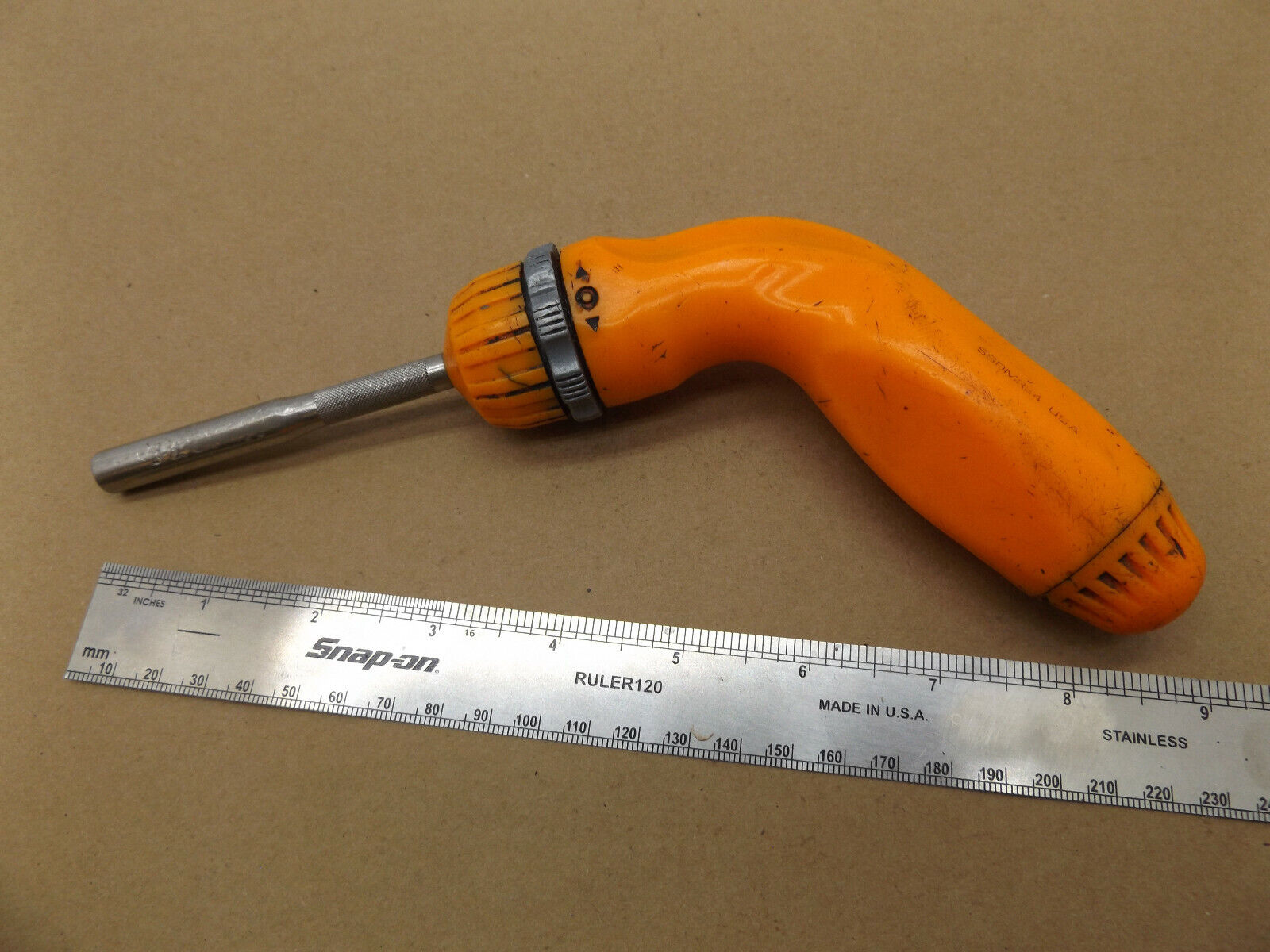 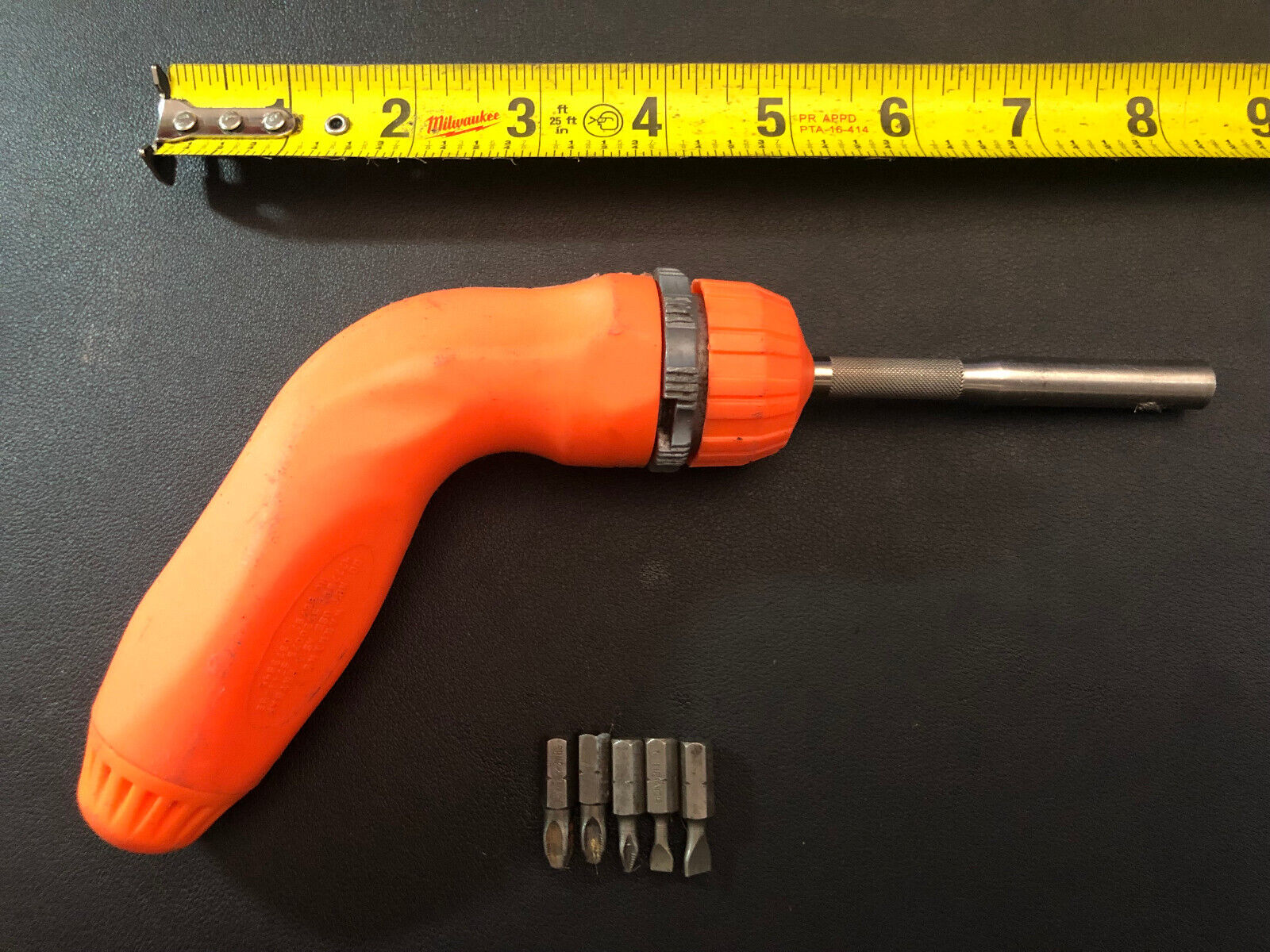 this is easily in excess of 7". sounds like the TSA goon was just following the rules.

Tools 7 inches or shorter (measured from end to end when assembled) are allowed in carry-on baggage.

Tools longer than 7 inches (measured from end to end when assembled) are prohibited in carry-on baggage; these items must be packed in your checked baggage.

The final decision rests with the TSA officer on whether an item is allowed through the checkpoint.
Click to expand...

since i don't believe the device is specifically cited in their rules, it's at the agent's discretion. i would assume anything not explicitly allowed could be confiscated if carried on, especially if it's a tool or has some kind of sharp element. seems true in theory and in practice.

SYZYGY said:
what do you mean by "less than an inch"
Click to expand...

I removed the bit retaining cap of the screwdriver in an effort to get the agent to allow the tool onboard like reasonable agents had before; said I would store the cap and bits separately. I was traveling with my ~5 year old son to my recently deceased motherś house to do repairs before placing it on the market. I am clearly not a threat and the option I was given was to leave security to leave the tool, but that would cause us to lose the flight. Weeks later I called the TSA department to try to find out who was taking their ¨contraband¨ to sell and left a message that was not returned.

Exactly following (virtually always imperfect) written rules exactly without discernment or understanding is a sure way to be frustrating to others and oneself. Nobody saved lives by the behavior of that agent, it just perpetuated negativity and apathy.

oh yeah, the rules are not "imperfect". they're flat-out dumb. it's theatrics.

it's not just about saving lives. in fact, it's more about optics.

for example, you can't have a pocket knife with a 2" blade. but you can have pointed-tip scissors that are 4" measured from the pivot iirc. on the plane, you could snap these apart at the joint and have two 4" knives. cool.

TSA agents are goons. most of them are stupid, apathetic, or both. but it's their job to enforce the rules to the letter.

the rules are stated so you know what you can bring.
sometimes, you can get extra stuff through, but you shouldn't count on it. the rules don't mention bits. you should think of the agents as robots. if it's possible to interpret a screwdriver without bits as a screwdriver (and it is possible.. your experience shows this!), you should assume they will classify it as a screwdriver and apply their 7" rule to it. your screwdriver broke the 7" rule.

you should also expect to have to occasionally argue with them about their own rules. this expectation is rooted in reality.

but that's the benefit of knowing their rules and having all your stuff comply with them. you can successfully argue your case basically every time. it would be more productive to learn them instead of being ignorant of them and then crying on here when a preventable loss happens.
Last edited: Sep 29, 2022

Honestly, it would be better if the agents were replaced by computers and robots. At least a robot could use programming logic to state why certain items are allowed or not. Robots would be a massive improvement.

I read the rules before, specifically to determine what flashlight I could bring. I am not crying here, and have mentioned this inane behavior before on CPF as a warning. I ended up later purchasing a much better SnapOn screwdriver later.

that screwdriver is quite good.