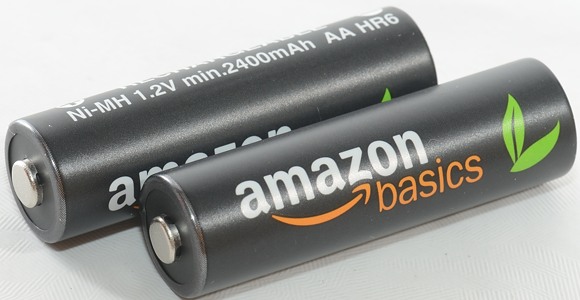 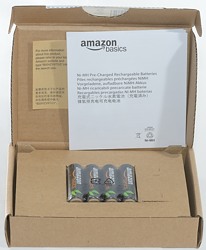 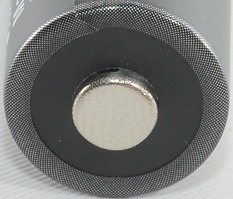 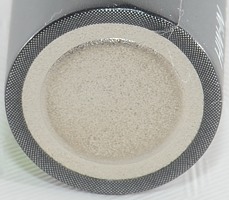 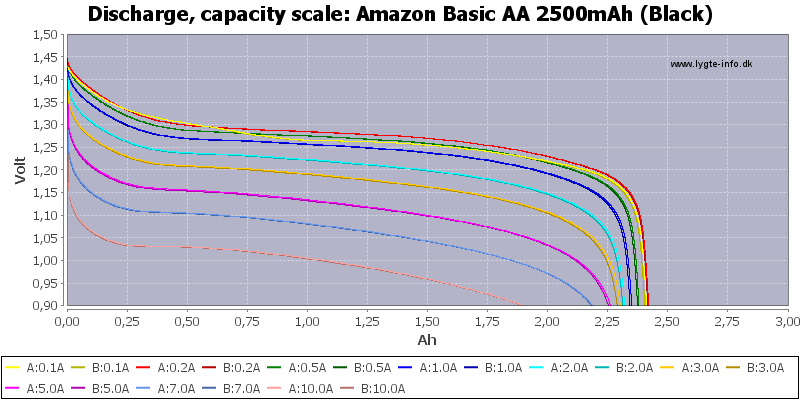 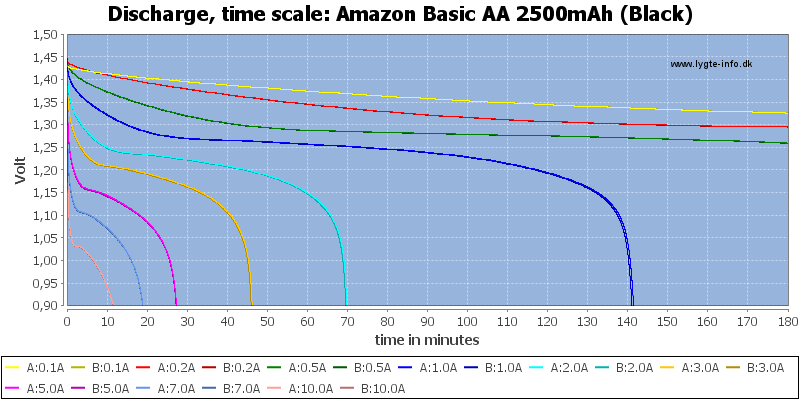 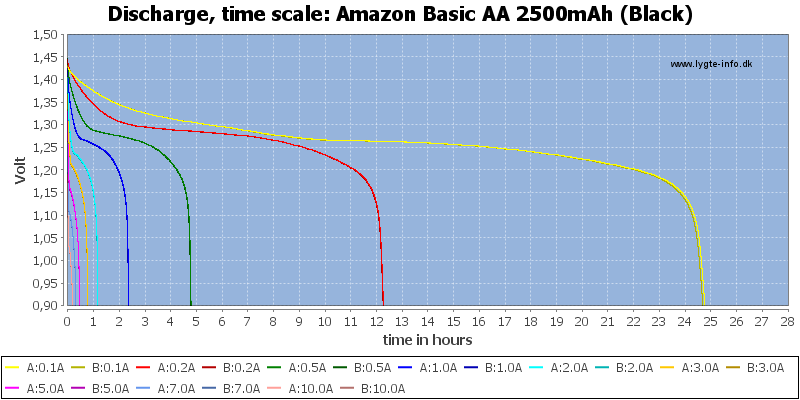 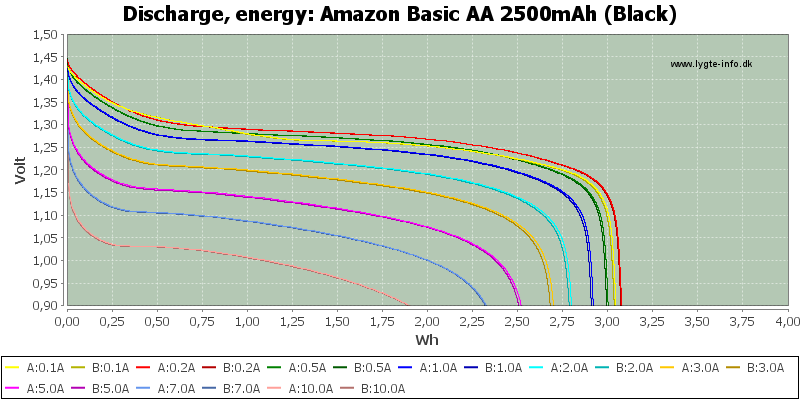 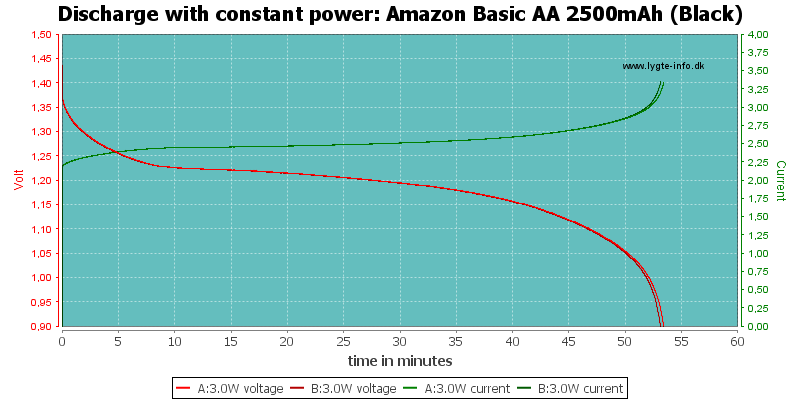 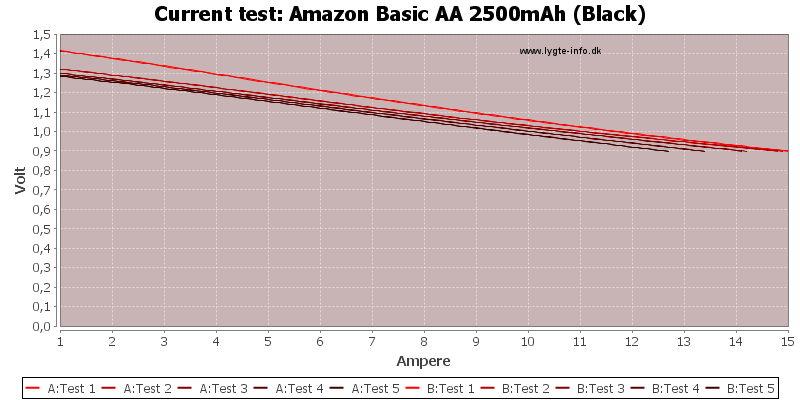 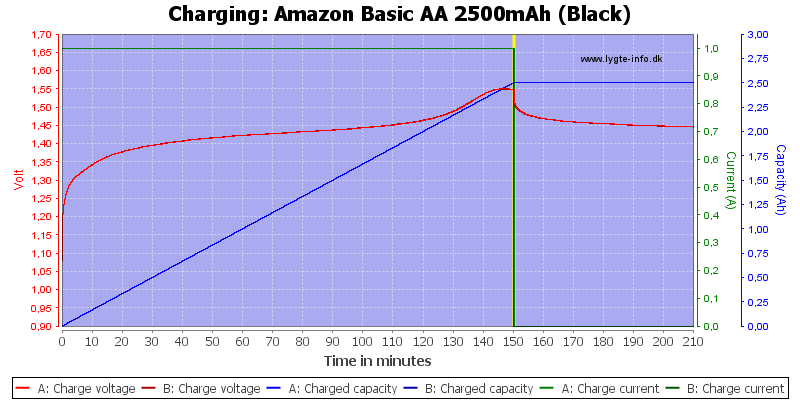 The cells has very good performance.

How is the test done and how to read the charts
Compare to other AA/AAA batteries: Alkaline/NiMH/Lithium

Thanks for the review! And at half the price of Eneloop XXs, that makes these cells a very good deal in my mind.
C

When we'll see AmazonBasics 18650s, for also half of price of Panasonics, that would be the best day
S

Step up a level in quantity: For an eight pack, Amazon wants $20, while Panasonic wants $38. That's a significant difference in my book.

Timothybil said:
Step up a level in quantity: For an eight pack, Amazon wants $20, while Panasonic wants $38. That's a significant difference in my book.
Click to expand...

Wait a minute... $38 is more than twice $16.79. The actual price on Amazon is $37.68, which is still more than twice the price for the 4-pack. So you're better off ordering two 4-packs for $33.58 in total. However, the 8-pack of AmazonBasics is $19.99, less than 60% of the Eneloops. In this case, looking at the curves, contrary to the white ones, I can't see anything wrong with these. They seem to reach almost the same capacity as the Eneloops, they only go down in voltage much faster at the end, which costs about 100 mAh in comparison. But they seem to have even a bit less internal resistance, holding up their voltage better at higher currents. Maybe their specs have been moved a bit towards regular Eneloops at FDK.

However, I'm seeing an even better offer... Amazon also has Duracell rechargeable batteries at $8,99 for a 4-pack. The downside is that you have to have at least a $25 order to be eligible to order a 4-pack of them (but you can order 3 4-packs which would work). These would be very interesting because they are also made in Japan and guarantee (!) 5 years or 400 cycles of life, whatever comes first. In fact they would also be interesting to test because, being Duracell, they are much more common than Amazon or Eneloop batteries. At least here in Austria, you can get them at virtually every local supermarket (at least BILLA, which is one of the biggest chains here). At first glance, they might be identical or very close to Eneloop XX/Pro's as well, even though their cycle rating is a bit different. Thus they would be very interesting for a test, for they may well be an even better offer than the cells tested here, at least if you want high capacity LSD cells.

Do you happen to know if its bare (original)cell is from?

candle lamp said:
Do you happen to know if its bare (original)cell is from?
Click to expand...

No, but when made in Japan it might be FDK cells.

I assumed it's from panasonic, as the discharge curves between this cell and the Eneloop are very similar.

Thanks for the reply.

candle lamp said:
I assumed it's from panasonic, as the discharge curves between this cell and the Eneloop are very similar.
Click to expand...

The FDK factory is owned by Fujitsu, they make the Eneloops for Panasonic.

The FDK factory is owned by Fujitsu, they make the Eneloops for Panasonic.
Click to expand...

Oh! Now I see.
If your guess is correct, the manufacturer is the same .

Been using the Amazon Black AA cells in a NiteCore EA41 for about 3 months now. Performance has been as good as any Eneloop I've owned.
B

Nice review as always, and thank you! These batteries sound like quite the deal.
M

candle lamp said:
Oh! Now I see.
If your guess is correct, the manufacturer is the same .
Click to expand...

Looking at the comparator, at 2A they look pretty close. Bit more sag at 0.1A though .

I am persuaded that the Duracell Ion core are the best buy of any.
Jerry
M

I got a set of 8 and it took 5 to 6 hours to fully charge in the bc700 at the standard setting. I think the cutoff is 1.47 volts. Next day I measured all of them and they all were 1.39 volts. Is that normal ? Date on them is December 2014.
So I am now doing a discharge refresh cycle which will likely take a couple of days. Hopefully the voltage will be steady.

Yes that's normal. You can't read nimh cells by voltage quite like you can with li-ion.