Well with the covid seemingly in the rear view mirror the Fixer household was slated to have about 15 fam-damily this year. Now me? I'm ok just me and the dog. But Mrs Fixers family had driven 500 miles to come see her. Ok, it's the day of and I was exhausted from getting the home starboard to stern all mother-in-law approved clean. The Mrs had bought a 20 pound turkey and some of those Reynolds wrap-thin alluminum bird cooker pans.

I had discovered Tuesday night the bird was still frozen so I devised a water bath to get it thawed by this morning. I had not noticed the bird had taken on a few pounds of that water until it had been in the oven 4 hours. We opened the oven, I poked it with my BBQ thermometer and red juice poured out. Ok, 2 more hours. But that flimsy pan made it really tough to lift the bird so we decided to put a baking sheet under that.

I go to lift the bird and the flimsly pan buckled. Suddenly molten turkey broth is pouring out of the pan, down my legs and into my shoes. Yikes. I went to hoist the bird onto the tray when a sports injury reappeared and my shoulder said "uh uh, not today"……more broth everywhere. Mrs Fixer is freaking out thinking my legs and feet are being scalded, but strangely enough I was not. Oh yeah it was plenty hot sure, but my brain was fixated on getting that dang flimsy pan onto the cooking sheet. Phew, finally. My thought was if I drop this bird we've really got a mess and if I move my feet from getting drenched with broth they will slide on the greasy floor and I'll break bones.

We cleaned up the mess, or so we thought. Turns out broth has spilled inside the oven so smoke was rolling out shortly after turning it back on. Yikes. Remembering the oven fried chicken incident while she was out of town or at work or something a few years ago I asked off the oven. That way when the door was popped open and all that oxygen was added, no insta-fire. So we cleaned out the stove good and commenced to de-smoking the house.

Ok, we're good. Bring on the relatives. I lit a Yankee candle to provide a nice strong cranberry smell to mask the burnt turkey broth smell. Mrs Fixer's mom had arrived and was helping cook. I went outside for a smoke. It seems that Mrs Fixer had given her mom her Christmas present while I was outside and her mom had unknowingly placed the tissue paper over the candle. I come back indoors and there's three ladies stomping out burning paper on the kitchen floor.

With luck in my favor (because twice there was nearly a fire but not) I decided to try my luck with a ceramic knife I've always been afraid of to cut the turkey. I'm pulling out the meat thermometer when grandson decides to hug grandpa and the probed missed his eye by what may have been 3 feet but it seemed like millimeters to me. The ceramic knife cut the tender meat like a hot knife through butter and the bird had mysteriously taken on a nice smokey flavor.

It was byfar the best tasting turkey I've ever cooked. 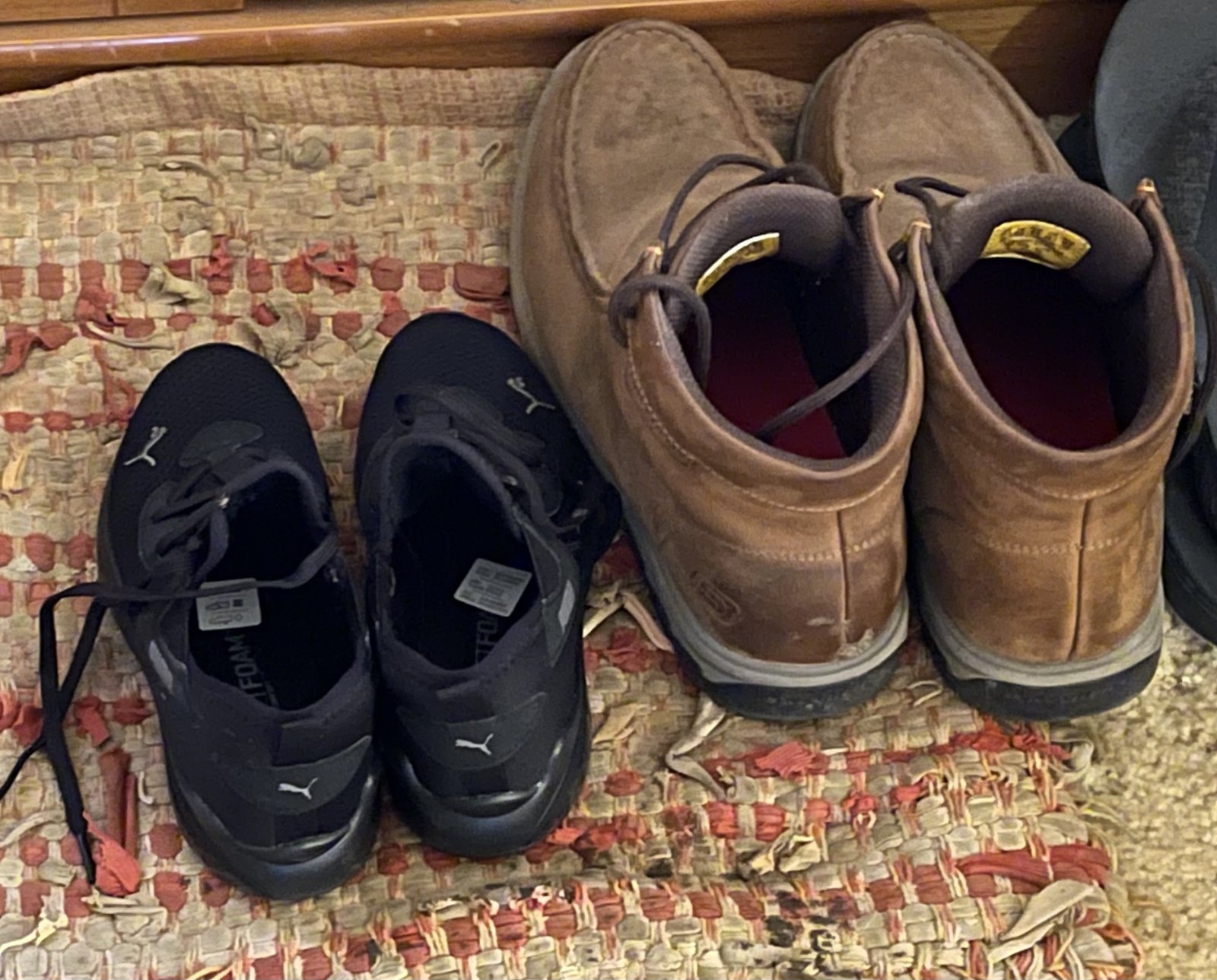 Wow! What a day! Never a dull moment at the Fixer house, eh?

I threw the mashed potatoes out, they were disgusting and the green bean casserole was salty.

We added, roasted brussel sprouts, fried breaded cauliflower, and steamed cauliflower with white cream sauce. Oh yeah and canned jellied cranberry sauce. I made a cream cheese, and sour cream, vanilla cheese cake, with no crust, and for the first time I tried to caramelize some sugar on top, (like for a creme brulee). A long time friend is a Rocket and while we all watched her perform during the Macy's parade, the brulee cooked for about 30 seconds longer than it would have if I was watching it. It was still good.

I was happy that my son and his girlfriend stayed as long as they did.
We took the precaution of having a window exhaust fan going with open windows at the other end of the house, but otherwise, no additional covid precautions.

I am working on a little project for my son's hot dog cart, that will be part of his Christmas gift. I was excited to give him a demonstration of the concept. And to gain his approval. He needs to give me some measurements before I can complete the project. At some point I'll post pictures.

We still had the covid/flu season set up Poppy. And probably will from now on minus a box of dental masks by the front door for anyone who wanted one. It's really nice to have that fresh air circulating while the house is packed with people.

First off the fan we used to draw in fresh air last year had been used to suck out all that smoke with assistance of a high flow one sucking in fresh air during the smoke episode. So I kept one window cracked on the sunny side of the house (on a 65 degree afternoon) and the fan running on low speed. And again folks were seated in a C shape, although this year the C was a capital C size.

About 2 weeks ago I had planted a few acorns in a flower pot in my den for the grandson and frankly had forgotten about them. Shortly after the initial hug he comes flying back into the kitchen shouting "ganpa, ganpa, there's one leaf!!" Huh? What's he taking about I thought. He drags me into the den "come see, come see"……apparently the first thing he had done after greeting everybody had made a bee-line to that flower pot to check on his baby oak trees. Before he left he said "ganpa there's 5 more" lol.

He goes back to California in January so I hope to have a couple for him in a container he can carry on the plane and plant some baby oak trees from a 200 year old willow on the west coast. If not this year then next year. We have some really old oaks in our neighborhood used as shade for cows from when it was a farm. Some are registered as national treasures by some arbor club or something.

I was secretly hoping the store didn't have turkey this year because I've always wanted an Italian feast on Thanksgiving Day. Then maybe Mexican, or Greek or a big fish fry.

We already have our Ham for Christmas. Unless I get out voted, I think I'll pressure cook it in apple juice.

Mrs Fixers family says they prefer salty ham but her mom insists on sweet ham, so each year she brings the ham (the years she comes over). I don't really care either way.
But I will have to try that apple juice thing.

As a rule I don't have regrets in life but I sure do wish I would have learned from my dad how to slice a turkey. This year I came close to slicing it like my dad at least for a few slices. But his slices were almost potato chip thin and intact. No rough textured, mangled hunks like I end up putting on the serving plate each year. I do remember the night before he'd run a carving knife up and down a sharpening rod. So maybe for 2022 I'll look into that and purchase a good knife for carving the turkey.

Today I made Mrs Fixer the annual batch of turkey salad. I used fresh celery seed this year. Mmmm. It turned out yummy.