there are some Jokes

Poppy, Stop reading if you've heard this one.

Three guys had been quietly fishing for a spell when one of them shared - "My wife made me clean the garage as a condition of being able to come today." About 15 minutes later another guy sighed and confessed - "My wife made paint the laundry room." 30 minutes had passed sans a spoken word when the two guys started casting glances at the third. After another 30 minutes, one of the first guys asked - "Well, what'd your wife say when you told her we were going on this trip?" The third guy ever so slightly shrugged his shoulders and replied - "The only thing she said was - "Don't forget your sunblock."

The three fishermen were quiet for another hour or so when finally one of them just had to ask - "Really? Your wife didn't make you do anything to be able to come fishing?! How come?"

"Well guys, I didn't tell my wife we were planning this trip a month ago. Matter of fact I only brought it up this morning at 3 am. I gently woke her and asked "Sex or fishing?" She rolled over and said - "Don't forget your sunblock."

Four high school friends reunite for a meal and some drinks. The first one shows up in a brand new Chevy Spark. The second one, in a Lexus. 3rd guy arrives in a 20 year-old Ford Taurus barely running. The last seems to walk in off the sidewalk. Eventually they talk about their lives.

Spark talks about how he was lucky to get a good deal on his new ride because it's a manual in an unpopular color. Plans to use it as his work truck at the construction site. Tells them all about how his wife left him and he was stuck paying alimony. Ford Taurus says Spark is lucky. His wife left him too, and took both their children with him since he struggled holding down a job, no matter how hard he tried. Now he has to pay alimony and child-support. She let him keep the Taurus because she wants him to have a car for driving to work, so he can pay all that alimony and child-support.

Last guy admits he's been divorced four times. Can't seem to learn his lesson. Wants to find everlasting love. Admits he's about to be thrown out of his apartment. The other three all donate money to help him out. With Lexus donating the most. The others look at him and marvel at his ride in the parking lot, and his generosity. They comment how wonderful it is that at least one of them became a huge success. But he admits he just works a blue-collar job, has no career, and bought the Lexus Used, from a neighbor who owned it for 5 years. But, no worries; he has money saved up.

The guy who walked in, asks if Lexus' wife has a sister. Lexus replies: "Oh, I've never been married; and don't have any kids."

His friends envy him.

What do Alexander the Great and Winnie to Pooh have in common?
The same middle name.

A grandmother was telling her grand daughter "I think I'm out of shape so I signed up for a fitness class". The grand daughter asked how it went.
The grandmother said "I bent, twisted, jumped, gyrated and sweated for an hour and by the time I got my leotard on the class was over".

Three old guys are walking on a sidewalk. The first one says "it's windy today". The second one says "no it's Thursday". The third one says "I'm thirsty too".

When you're 20 and drop something you bend over and pick it up. When you're 80 you decide you don't need it anymore.

And finally:
The great thing about being old is a joke can be funny more than once.

This joke was written back in the day when Polish people were stereotyped as stupid, and often carpenters or wood workers.

It just so happened that this one day a Polish Carpenter was walking home and noticed a few Italians were struggling near a flag pole. He asked "What are you doing?" One replied, "we are trying to measure the height of this flag pole, but as we get near the top, my ruler bends over, so we can't measure the height."

With that the Carpenter pulls his hammer off of his belt, bends over and knocks the pin out, at the bottom of the pole. Now with the pole lying on the ground, he pulls out his ruler, and says... "It's 22 feet long."

One Italian turns to the other and says, "Stupid Pollack! I ask the for height... he gives me the length!"

A coworker once told pollock jokes every day. He was of Poland desent. Yet if a non Pol told a Pollock joke he'd get all mad-like. With that said: 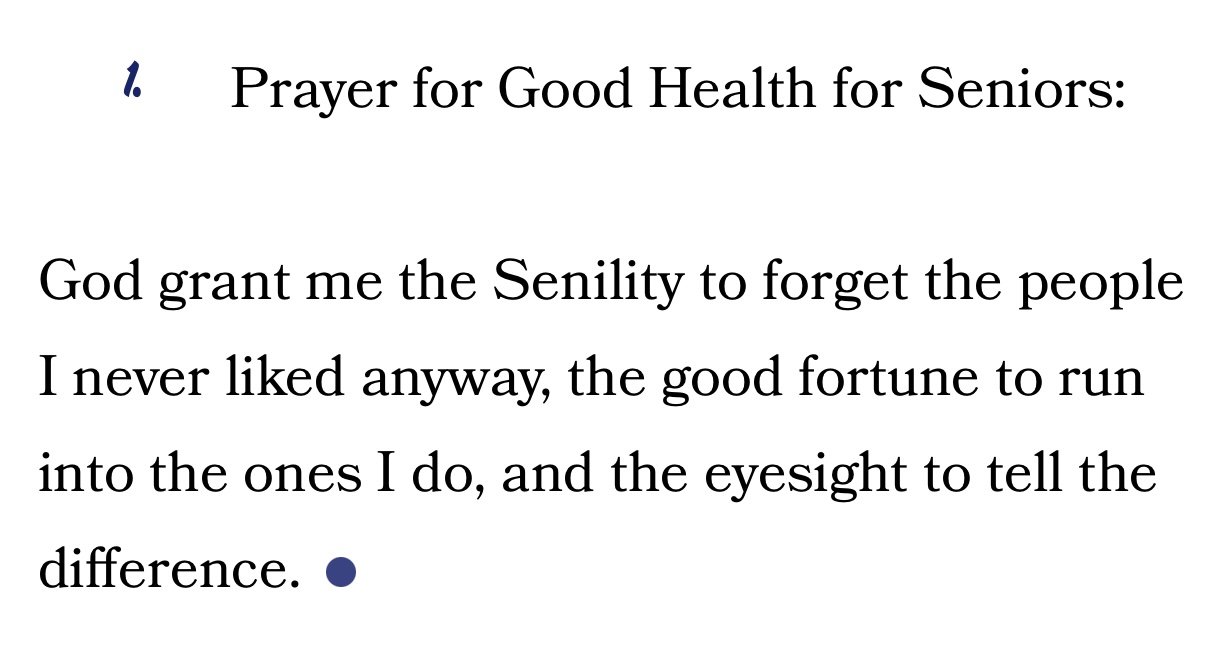 How do you boil oil?

What do you call bears without ears?

bykfixer said:
What do you call bears without ears?

Two guys are out fishing on a lake. One keeps pulling in fish left and right. The other hasn’t caught a single fish. The guy with no fish asks the other guy, “What’s your secret to catching all those fish?”
The guy with his mouth closed says, “M mmmm mm mmmm mmmm.”
The other guy asks, “What?”
He responds again, “M mmmm mm mmmm mmmm.”
Again the other guy asks, “What?”
He pulls something out of his mouth and says, “I keep my worms warm.”

Dr. Finch had studied hard. He opened up his practice in a busy town. Needing a new sign for the office space he'd rented, he told the painter that it should say his name and title. Followed by the word, "Therapist."

The painter finished. The good doctor paid him, but was too busy to check the man's work. In less than an hour, an angry mob had gathered outside. Puzzled, the good doctor went out to speak to them. It was then that he noticed his new sign. The painter had left a space in between the "e" and the "r."

"I'll start" says Einstein, "how far is it to the moon?" The Indian guy says "I don't know", reaches in his pocket and hands Einstein $5 and says "my turn".

The Indian guy says "I don't know", reaches in his pocket and hands Einstein $5.....

B
Some jokes about my homestate of Maine.

J
I made up some new jokes this morning.