One day I realized buying batteries for storm prep was a thing of the past within my kit. I was changing batteries and powerbanks as part of storm prep. As more of my preps and camping gear is now using USB power the topic is on my mind. I am no expert on this so looking for advice along with attempting to relay some info. Electronics aren't my specialty. I have been working on reviews for some outdoor powerbanks and solar chargers but wanted a bit more technical info to go along with the field use. So looking for advice from this community.


Sometimes people assume if a powerbank has 4,000 mAh it can USB charge a 2,000 mAh battery twice but this isn't the case. I think beyond the all too often exaggerations from manufactures there are issues of conversion (battery chemistry voltage to 5 volts) and efficiency (length and quality of cable, environmental conditions, the circuit and a bunch of stuff I got no clue about). My basic method is to actually check how the battery/powerbank charges my devices. I run multiple tests at different levels of charge on airplane mode then do an average.


For example. The target device is an Ipad Air 2. The battery is rated for 7,340 mAh though not sure how it has held up over a year of use. What really matters is how much of an increase my device gains rather than another. I am selfish like that. LOL! Naturally there is a rounding which occurs as there are no fractions within the percentage shown on the screen.


MyCharge Rugged Power with a stated 5200 mAh resulted in a 40% increase.


Pocket Juice black round stated 4000 mAh resulted in a 34% increase.


I tested even more but the point is the stated mAh of none increased the Ipad air mathematically to the amount one might expect. This could be an issue within EDC, preps, camping etc etc if expectations aren't first tested before need of any device. I am going to attempt hack math. Here goes, wish me luck.... 5000 mAh at 3.7 nominal votes is 18,500 mWH divided by 5 volts is a 3,700 mAh. Subtract from that maybe up to 10% for inefficiency and we might have a start. So how does that work for one of my examples. 5200 mAh at 3.7 nominal volts is 19,240 mWH converted to 5 volts for USB is 3,848 mAh. For fun lets take away 10% so there may actually be 3,463.2 mAh from a stated 5200 mAh. This is hack math so could be wrong.


I don't really know all the features as it didn't come with instructions which are rarely read anyways. I am working on a review for these little solar powerbanks. Got one for Christmas and purchased another for the purpose of the review.


This feature is easy to understand. 5.24 volts not under load. A bit higher than some.

Voltage and amps when charging off a wall USB.

I think the power function is the voltage times amps.

I have no clue how to read the capacity function. Anyone knows?

Charging an Ipod. The 5.24 turned into 4.8ish then crawled up to 5 volts. The yellow solar power bank had a bit harder time stabilizing. Then again it was 7.80 shipped.

iPhone SE being charged from powerbanks.

Charging from a powerbank.

I noticed something unusual when solar charging (with a larger 14w panel) this solar powerbank. It turned on the controller voltage/power red LED light from the larger panel without any sun from the input. I never seen any voltage from an input from a powerbank so tested it. Zero amps but it is showing voltage. It is showing the battery voltage. The yellow solar power bank nor any others I own does that. Any guesses? I am thinking some kinda short but have no clue. That said without the detector I wouldn't know it was the battery voltage and not from the USB 5 volt step up.

Just some thoughts. Any additions or corrections would be appreciated.

I guess it is impossible to have a reliable formula because every voltage converter, every wire, USB detector, every target battery (differently) consume power while charging. Too many variables to rely on. More of that, batteries and wires degrade with time...

vadimax said:
I guess it is impossible to have a reliable formula because every voltage converter, every wire, USB detector, every target battery (differently) consume power while charging. Too many variables to rely on. More of that, batteries and wires degrade with time...
Click to expand...

That's one reason why my preferred method is to actually charge the device and get an average number. For example the Yellow solar charger rated the same charged the iPod 27% and the blue 32.5. Going to do another test today for capacity. I do think the conversion math (hack math so not sure) gives a more realistic expectation for those who are buying this type of gear than just buying by the numbers which again could be a massive lie. LOL!
Z

Well this have been highly informative for a person such as myself.

Powerbanks offer an efficency between 49% and 83%. 75% efficency average. 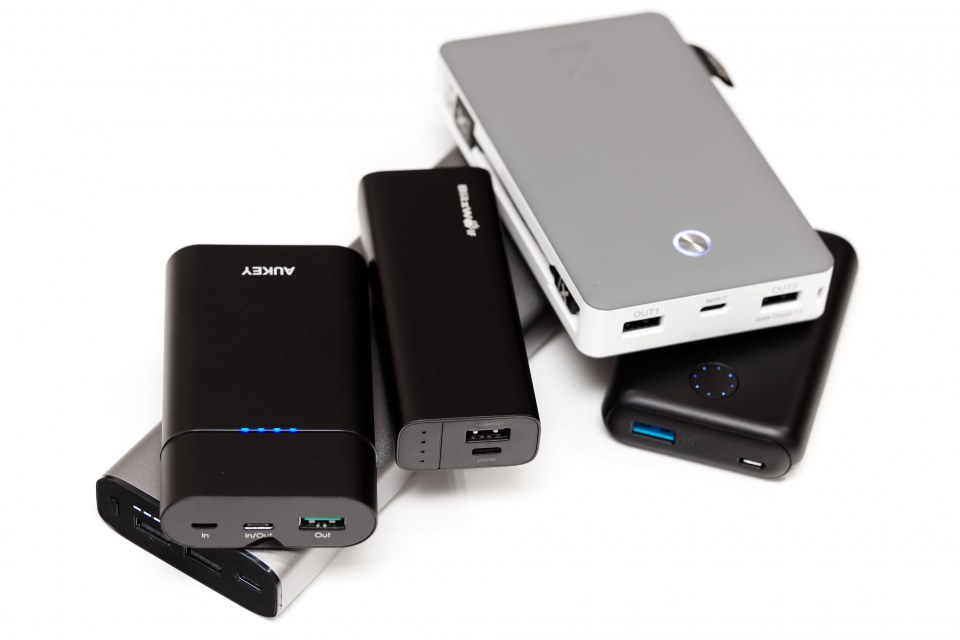 In order not to get lost when it comes to the seemingly endless selection, we regularly test new power banks and select the best ones for you. In addition to the overall rating, the table shows the energy efficiency , measured capacity , charging tim...
www.powerbank.guru

So you have the 25% loss from the powerbank (3.7V to 5V USB) and the conversion losses from the device to be charged (5V to 3.7V).
Can be easyily 50% loss overall, so half of the nominal capacity can be used.
3

Mine claims 25000mah I actually was able to recharge approx 17000mah of stuff from a full bank to the low warning light, instructions say that's about 10-12% charge left. It may take 25000 to a full charge but you're not getting it all back. Still a very useful thing to have as it would give an easy 4-5 day cushion if the power was out, more if I was careful about use(s).
Share:
Facebook Twitter Reddit Pinterest Tumblr WhatsApp Email Share Link

Any AA/AAA charger that plug directly into USB? Looking for recommendation.