as someone who owns several victorinox multi-tools - and a few simple folding knives as well, - I previously purchased a vic oil to use on my gear after cleaning, and it's a very weird little oil, because it lubricates the metal parts, but rubs away on hand contact fairly easily, meaning you can just rub off the excess, but it will stay in place for months on the tool joints. It prevents rust from forming too, and is food safe! ( Which is one of the main reasons I use it. )

So long story short, I was working outside and left my big boy "screwdriver" outside, and as it is made of mild steel, after a brief rain and a day, it became visibly rusty. It wasn't a big issue, sanded down the surface rust with a wire sponge, cleaned it good, good as new, except now the machining oil that it had was on it was now gone.
I was going back and forth as to what to use on it, because it will go into my tool box, so I wouldn't want some grease or oil on it that would transfer to my other tools and make them slippery, and the great idea came to me.

I just applied one drop of the vic oil on each side of the metal handle part and on the business and as well, rubbed it in well with a tissue, and voila, a thin film of oil to prevent corrosion, while still remaining dry to the touch and won't mess up my other gear.

So morale of the story is, if you need just a little bit of grease/oil on something, but you're not the molybdenum disulfide on everything kinda person, you can give the vic oil a try, it's been a godsend for me. ( and it's food safe! )

Here's a picture of the tool I misplaced ( after cleaning ), and a Malkoff MD2 for scale

Nice "screwdriver"! Looks great, and I'm sure the Vic oil will keep it covered. I prefer to use TUF-Glide for this duty, as it's a dry lubricant that stays in place much better than an oil. For food-safe applications, I just tend to use cheap, off-the-shelf mineral oil.

Geez, your MD2 is dwarfed by that thing!

Victorinox oil is pure mineral oil, at least on their traditional SAK, it’s transparent. This one looks different to me, but still food safe. Does it smell?
S

Mr. LED said:
Victorinox oil is pure mineral oil, at least on their traditional SAK, it’s transparent. This one looks different to me, but still food safe. Does it smell?
Click to expand...

up close it does have some smell, but never noticed it before or in use of a tool

yeah, it's for those times when the generic flat-head won't cut it, but it's just not yet time for the crowbar

I just use ballistol. I have a few rust-sensitive watch/clock parts that I store under mineral oil.
You have a Fury tailcap on that MD2. Are you running that on a protected 18650 & if yes how did you make it work? Only works with unprotected cells for me.

Olumin said:
You have a Fury tailcap on that MD2. Are you running that on a protected 18650 & if yes how did you make it work? Only works with unprotected cells for me.
Click to expand...

Actually that is a SureFire 6PX tail As you mentioned it gives the a battery a lot tighter longitudinal compression, which is optimal for me, as I run 2XCR123s in my MD2 and I don't like battery rattle. However, this way the springs are almost flat. The protected 18650 would be crushed to bits in this setup... 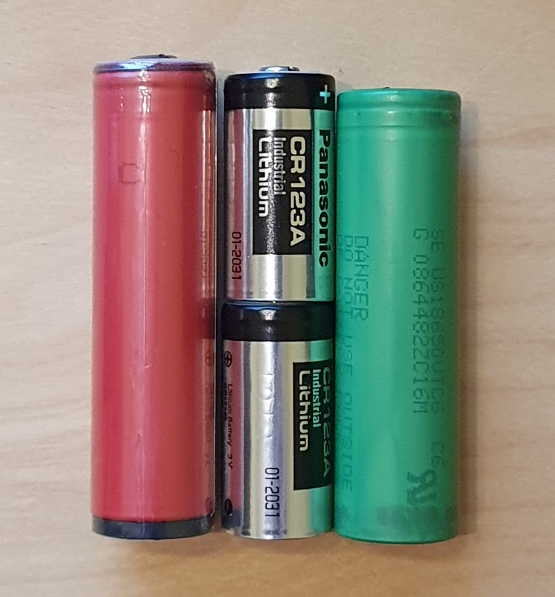 Anyone ever heard of or used Atlas46 tool storage products?