Robot Mania FU said:
If I remember correctly, when you increase voltage with this driver it will just lower the current draw from your cells. The driver does not allow any additional current to be delivered to the LED. The question is, will that 18650 drop from 4.2v's down below 3.4v into direct drive before two cr123's will drop from 6v's to below 3.4v and that all depends on your batteries capacity. The output should not change (at least nothing you could physically see) as long as whatever cell you are using is above 3.4v's and below 9v's.
Click to expand...

That should be right(and everything else you posted is spot on), but for whatever reason, the output does increase somewhat at higher voltage. I don't know why, or have an explanation for it, but it's visible in person and we can see it on the graphs that chart brightness along with runtime. The difference isn't enough to matter in actual use(IMO), and I've never cared enough to pursue an explanation, either, but have always been a bit curious as to why.

Anyhoo, due to the greatly increased capacity vs. 2 shorter li-ions, 1x18650 is certainly the most practical power source for the M61 in a MD2 body, in spite of not being designed or optimized for it(hence the long taper with gradual dimming vs. full brightness 'til the battery is exhausted). That's what I've always used, but there's a downside-for me, anyway.

My take is that if I want a M61, I want a M61, not a M61 that becomes a M61L halfway through the battery life, then a LL, LLL, LLLL, afterwards. Personally, if a LL was what I needed, that's what I'd have been using to begin with, because it would give steady brightness for a lot longer.

Which is "better" always depends on what you want from the light, but I actually swap batteries less often with the M61HOT in my work light than the M61N it replaced, because it has longer regulated runtime(which is what I want from that particular light) on 1x18650 than a regular M61 with a buck circuit.
There's a big difference between "designed for" and "can be used with", and that somehow escapes a lot of people. 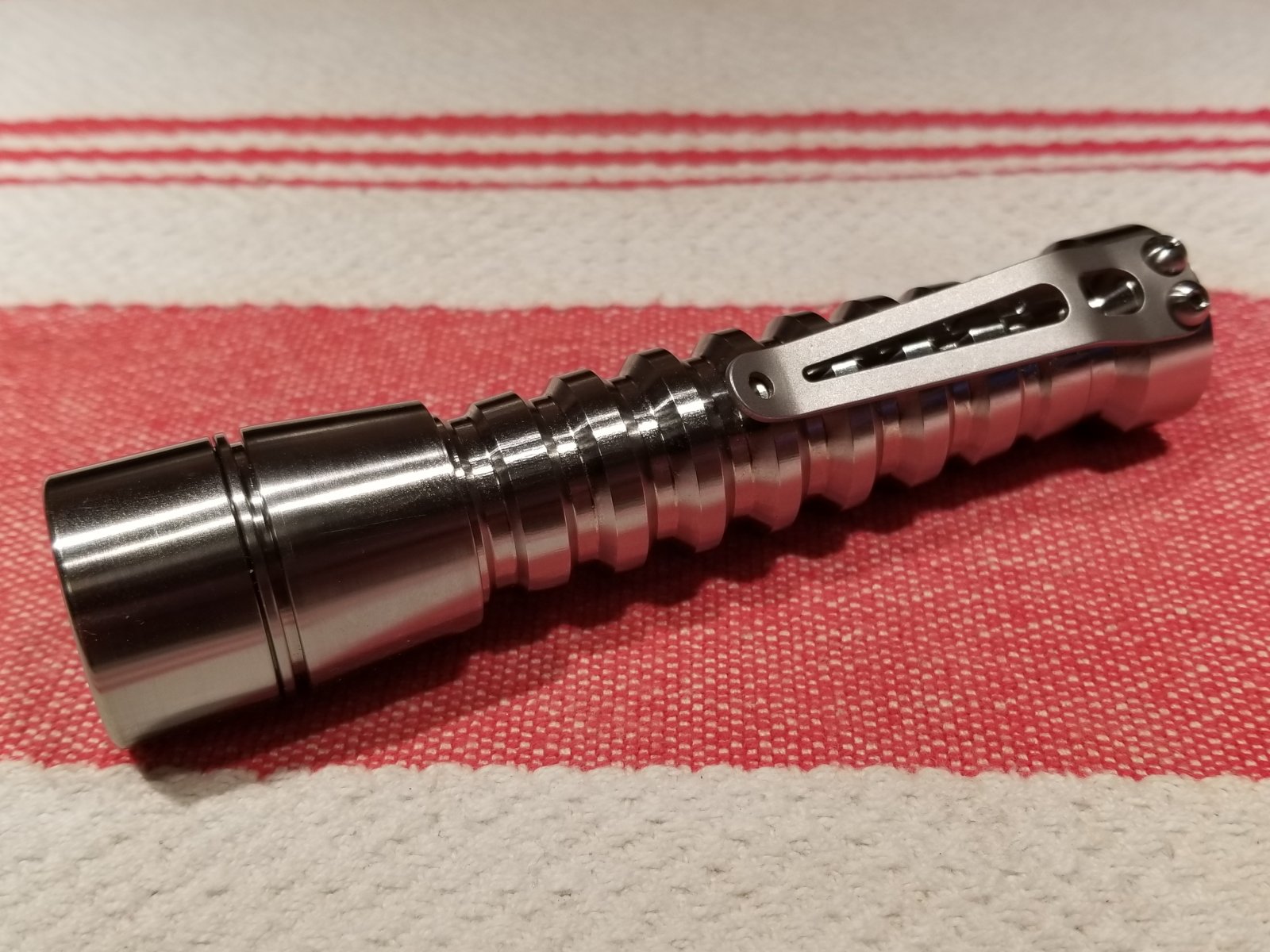 My ti VME head is on a ti McGizmo 1x123 clicky pak, an obvious choice and a great combination.

Thanks for the many answers on using the M61 with the 1x18650. RIght now I do not have an up-to-date M61, so I keep the information for future use.

I very much like the Ti-VME head, and I also have it attached to a McGizmo body (2xAA). And I use a Malkoff drop-in, the M31W.

No question that works well .

I'm not sure how off-topic this is, but I've used my VME head with an M31 Nichia 219B on a SureFire E1B host and it resulted in a factory-looking indestructible little backup light:

Russ/TN said:
M-361 Neutral and MDC 1 CR123. The pill can handle a lot more voltage but I under drive it. (it still puts out plenty good light for me)
It will handle any battery you can fit in it. I carry it as my pocket EDC and recharge it bi-weekly.
Click to expand...

What would you estimate the brightness levels and runtime to be with this setup? I would like an m361 and this would be one great way to use it.

How does an m31w do with the 1aa body and 2aa body? What is the brightness and runtime like on the 1aa with a nimh? Would the 2aa with nimh’s give much more regulated runtime than a cr123?

Megalamuffin said:
What would you estimate the brightness levels and runtime to be with this setup? I would like an m361 and this would be one great way to use it.

How does an m31w do with the 1aa body and 2aa body? What is the brightness and runtime like on the 1aa with a nimh? Would the 2aa with nimh’s give much more regulated runtime than a cr123?
Click to expand...

I'm afraid I am unable to answer most of your questions.
The 1X RCR VME M361 is a very nice lump of light to have in your pocket.
(It has been my flawless EDC for years now)
The 2X AA(Energizer lithium primaries) VME M31W is in the glovebox.

A tad heavy, that's my only gripe -though I got used to it pretty quickly.

I was messing around with the VME and m61wl over the weekend. It’s a nice setup on a single 16340, good balance of brightness and runtime.

It ran 2 hours and 7 minutes before it fell out of regulation and was still on at a low but useable level for another 20 minutes before I called it quits.

My favorite VME setup is my daily carry--an M61nl or M61nll on 14500. I basically just choose based upon the runtime I want, 2.5 hours vs 5 hours. I usually pick the latter, as 80 lumens is great for nearly everything I do. Many times I want less than that and just use a 15 lumen Eiger. 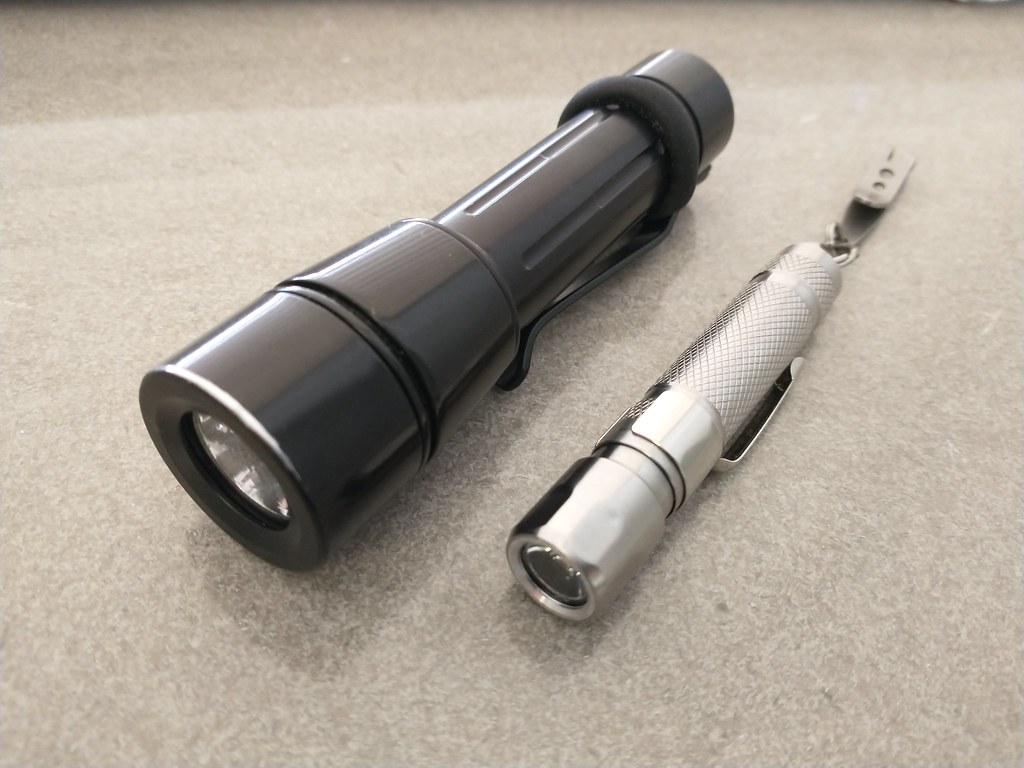 My favorite combination these days is an Aleph 1x123 or 1.5x123 battery tube with an RPM tail cap on one end and a VME head on the other. Dropin will vary. A VME head on Malkoff's 2xAA body is also really nice if you don't require a small pocket light.
Last edited: Jun 8, 2022

Location
by a lake in PA 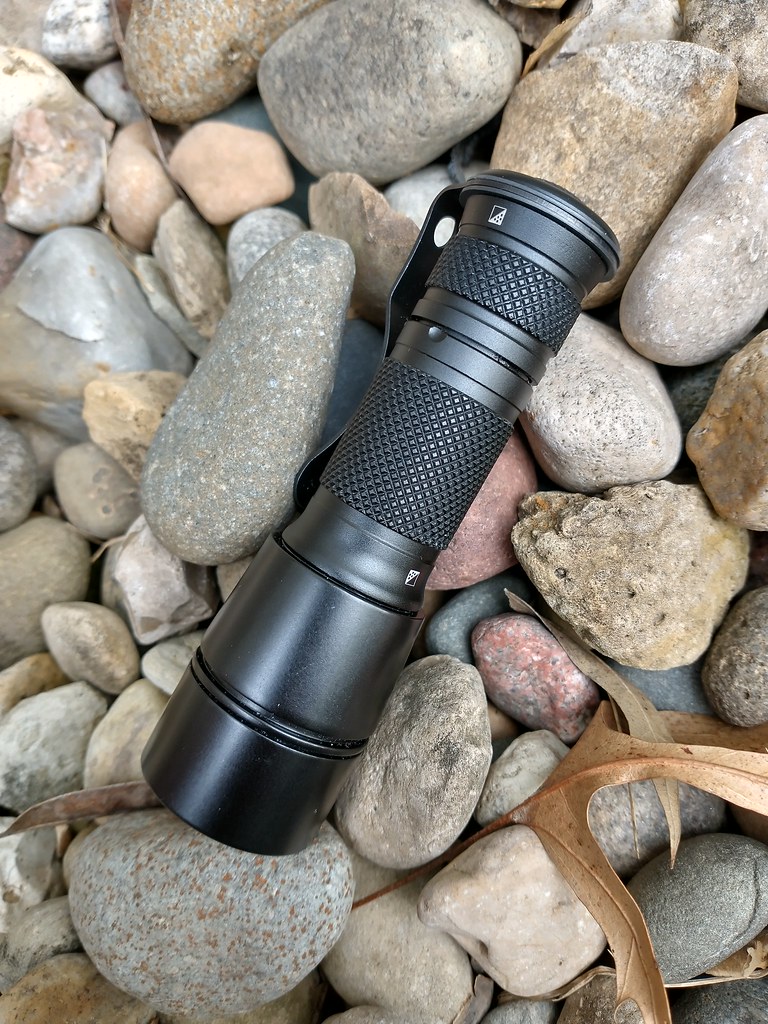 I almost ordered that body and tailcap yesterday then again today…it’s meant to be, I just need to go ahead and order it

@kerneldrop one thing you should know is that the LF body isn't 100% compatible with Malkoff drop-ins in the VME. The inner diameter of the body slips right over the outer diameter of the base of the drop-in and doesn't make contact. I bought some copper shim rings from McMaster-Carr to solve the issue. They work, but may not be the best solution since the ring will easily fall out when changing cells. A very thin snap-ring would possibly be a better solution, or maybe a ring with a slightly larger OD that feeds in from the top of the head to keep it in place.

I had to buy 10 of the rings. If you're interested in trying one, shoot me a PM. 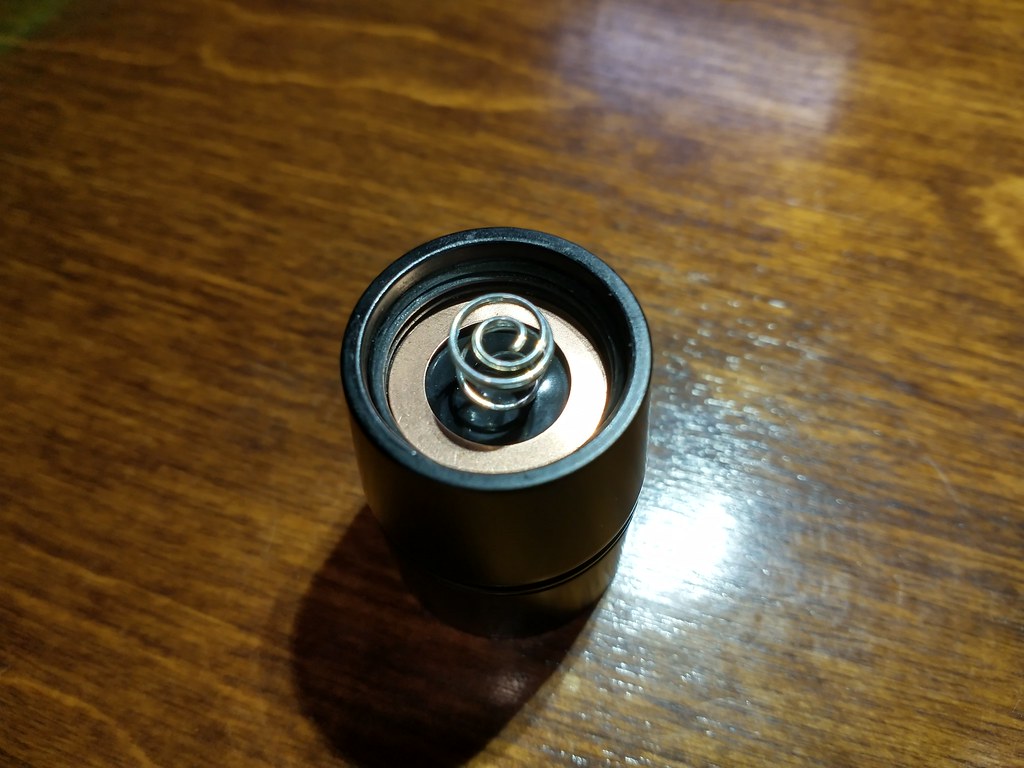 NutSAK said:
I had to buy 10 of the rings. If you're interested in trying one, shoot me a PM.
Click to expand...

Thank you very much! I definitely like that low profile pocket clip on the head.
I'm not sure why 18350 isn't more popular.

Lantern/Diffuser for mdc, mdx, and vme

The VME Photos and Discussion Thread
4 5 6