What did you use your flashlight for today?

I used my PD36R to work in a dimly lit rack to roll a fiber optic circuit to a new transceiver.

I broke out the sofirn sp36 today to illuminate the outdoor job site we were on until 9pm. Great light to keep in the truck, very bright and long runtime.

Used the SF stiletto for a couple hours today replacing a faucet and some other repair stuff.

I like the light very much, but a longer running medium mode around 100-150 lumens would have been a better choice than the 250 lumen mode. Low is perfect, really more like 15 than 5.

Used the md3 for a while yesterday on some faucet repair. Old faucets like this are fun to rebuild (except when they fight back), they don’t make them like this anymore. Good thing I didn’t have to hold the md3 cause that sucker gets hot with an m91. 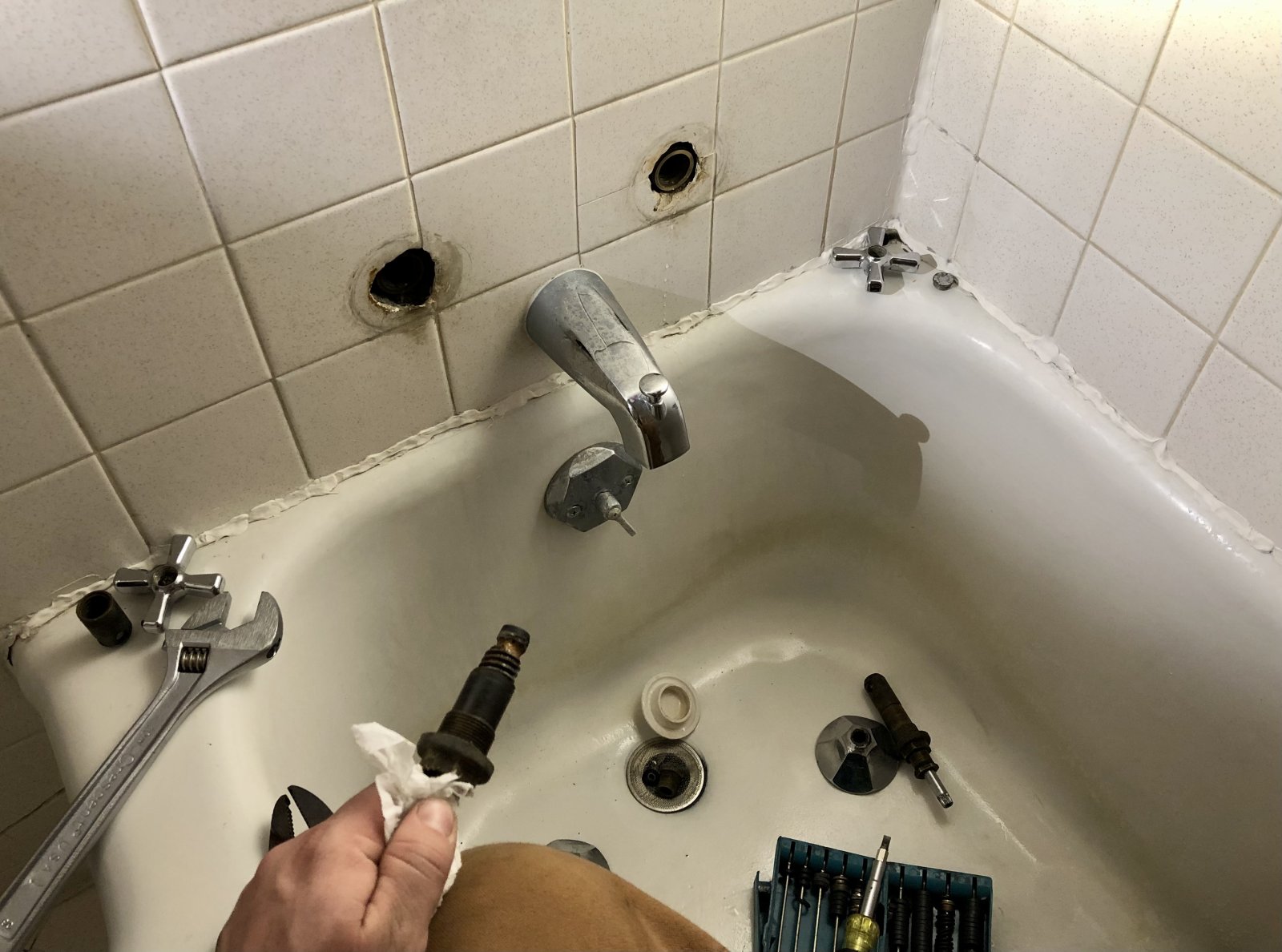 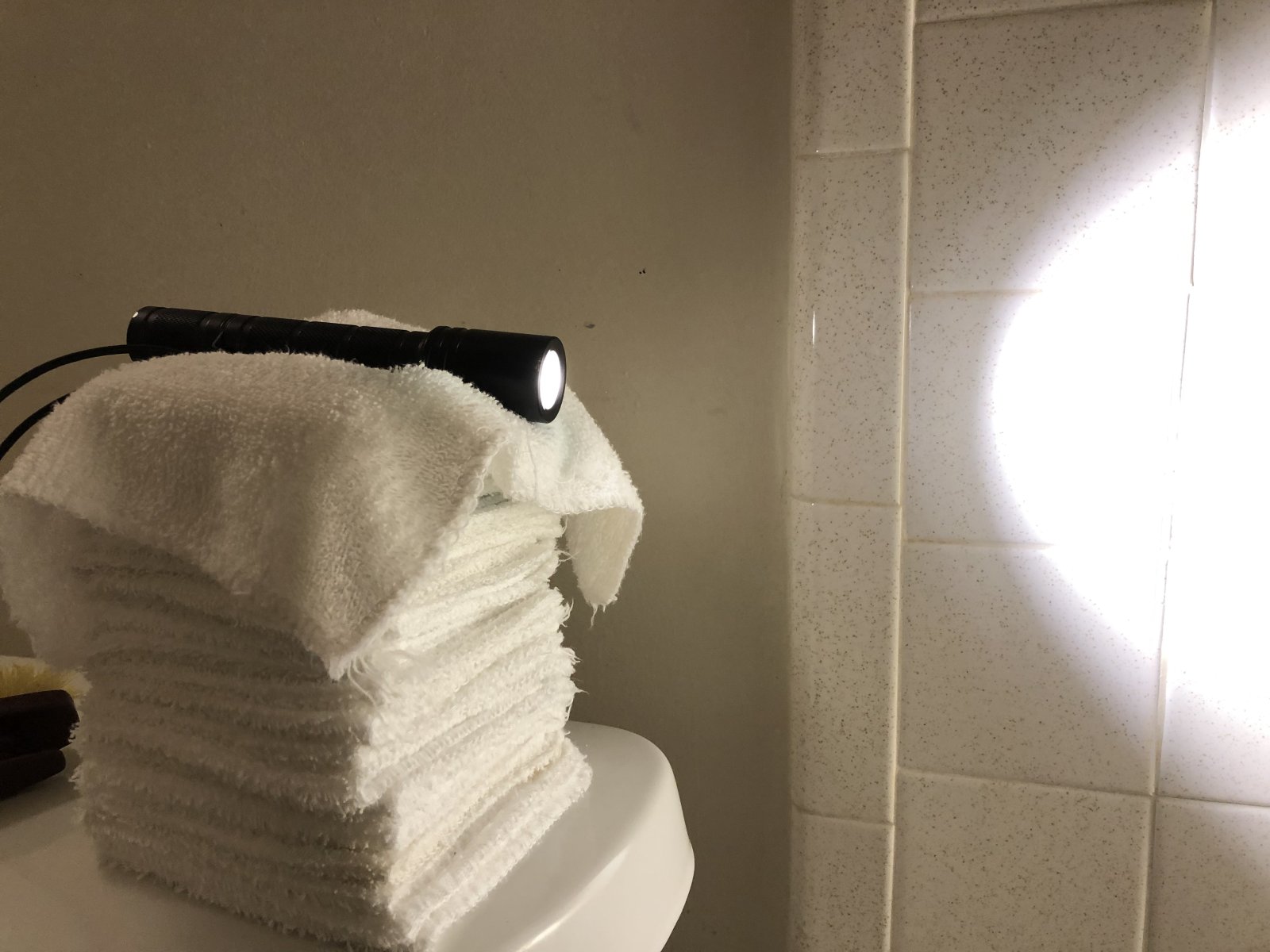 We have been watching NCIS in DVD format lately. Each disc is like Gibbs' haircut. Each label is the same, disc after disc, season after season. Gray with silver lettering. 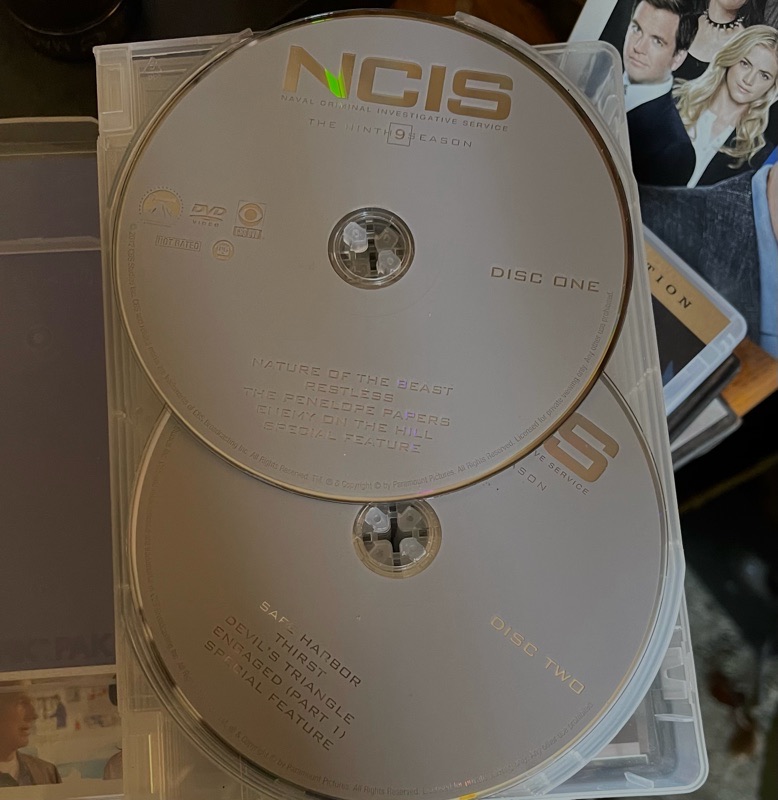 I keep a Fenix E01v2 next to the box set(s) and use it to light up the lettering. 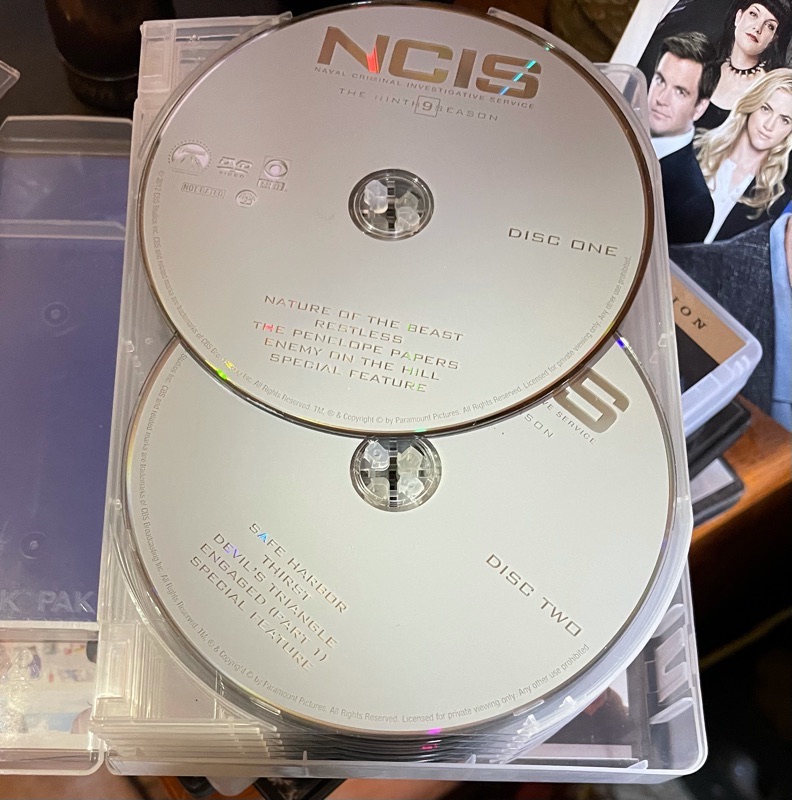 Sometimes when I'm testing out lights for my YouTube channel, I'm left without a very bright one for work. That's when I reach for my 3C Defiant model from the trunk of my car. Reverse-clicky tailcap switch. (Yeah, bit odd.) But only $19.oo at Home Depot. Comes with the batteries included. One mode. 500 emitter lumens. Bit of a blue tint.

Handful of nights ago, used it to kick a guy out of the parking lot after catching him sleeping in his vehicle. He claimed to be an Air Marshall. He definitely wasn't one of the ones who worked out of the offices inside the building. While his Ford sedan is the type and color that many Federal agencies use, it had civilian rims on it. Along with ordinary tags. He had no placard on the windshield, and didn't even have the basic, easily faked identification sticker that let's security know a vehicle belongs to a Federal law enforcement employee. And, he complied surprisingly quickly. Didn't even attempt to show me his official I.D. (When I kick folks out, I'm very professional about it. I treat them with respect.)

I didn't fully believe his story. Couple of things didn't add up. One, civilian version of his vehicle. He would have been issued an official one for work purposes with the proper tags and rims. Two, there are numerous Hotels, Motels, and actual Inns a short driving distance away. If he was visiting from out of town, he had accommodation options. Actual Air Marshalls make good money. Plus, if he was there in the area for work, I'm certain his job would have compensated him for a stay in a Hotel/Motel/Inn. Things just seemed fishy with that guy.
V

Ya…… something sure is fishy. People sleeping and such. Glad you got him!

I used my Eagtac D25a to put more light on the fine print instructions of Dayquil.

lol... I can breath better now!

These days a flashlight is often something we keep extras of around the house.

When I was a lad and my pop would struggle to read fine print it was "son, go look in X and get the flashlight, and in the X closet for some batteries" since we had one flashlight in the house with batteries stored separately.

Forgot my Sofirn SP40 on my EDC bag and found it this morning. Just for fun, used it on the daily work ritual of lighting up the work building before 6AM for later opening, which due to being late Autumn here happens a decent half hour before sunrise. A murky library is one of the best places to have fun with a torch of any kind – cool tint, warm tint, neutral tint, flooder, thrower... first time I ever use a headlamp though.

My PD36R came in handy today to help a contractor peer down a long pipe.

Yesterday dad and I were doing some more plumbing maintenance in the jazz hall of fame in downtown t-town. It used to be the old union station, built during the depression. One of our customers bought a 60 year lease to the place and is renovating it to its former glory. Really cool building with lots of history. Plenty of dark places inside to shine the malkoff m91bn. Dad is a fan of the m91, it’s much brighter than his edc olight baton 2.
D

When opening up various devices and gadgets to see what's inside I try to identify chips and other electronics. It needs a good flashlight at the right angle plus magnifier to read markings. Often on a lot of these (typically) 8-pin SOIC control chips, there are no markings, but I try.

I should add, I am very lucky so far. If outage went on further I have tons of "free" alkalines. Also, was charging 12v lawn tractor battery out back using solar (and some small gel cells) so could have recharged flashlight and portable fan 18650s etc. using 12v charger.

The Mrs buys 10 for $2 BiC pens, removes the clips and wraps the barrels with various stuff like wrapping paper scrap, candy bar wrapper or various foils. Then she coats that with epoxy resin.

Sometimes resin gets inside the barrel. That's where the $1 2aaa HyperTuf inspection light and a dental pick are handy. Today I cleaned out two barrels and got the pens working proper.

I went out to work especially early today, barely at dawn while the earth was still dark. The Lumintop B01 is my primary bike light, and to my surprise it ran low and putzed on me mid-commute (specifically it jumped down to Low mode, which doesn't do me any good). Luckily I have a secondary in a Convoy S2 that I just had to bump to 10% power and angle upward a tad to have good illumination of the tarmac ahead and the numerous potholes therein, all ready and waiting to jolt the handlebars and send an unwary cyclist to the floor.

Definitely two is one and one is none!

Since it was already that dark and it's not getting any lighter until months from now (winter solstice is still a month away), I got both torches charging up right beside me. Not gonna risk it happening again. (Good thing too, my Lii-100 accused that S2's battery of being at 25%!

M
You use your flashlight for what!!!???

What do you mostly use your flashlight for?
3 4 5

M
What did you buy today day

B
Do you make a name for your flashlight just as what you did to your pet?
2 3